Had the family of Khalil Wheeler-Weaver's third victim not lured him into a sting operation via social media, the Tagged Killer's murder streak may have continued. 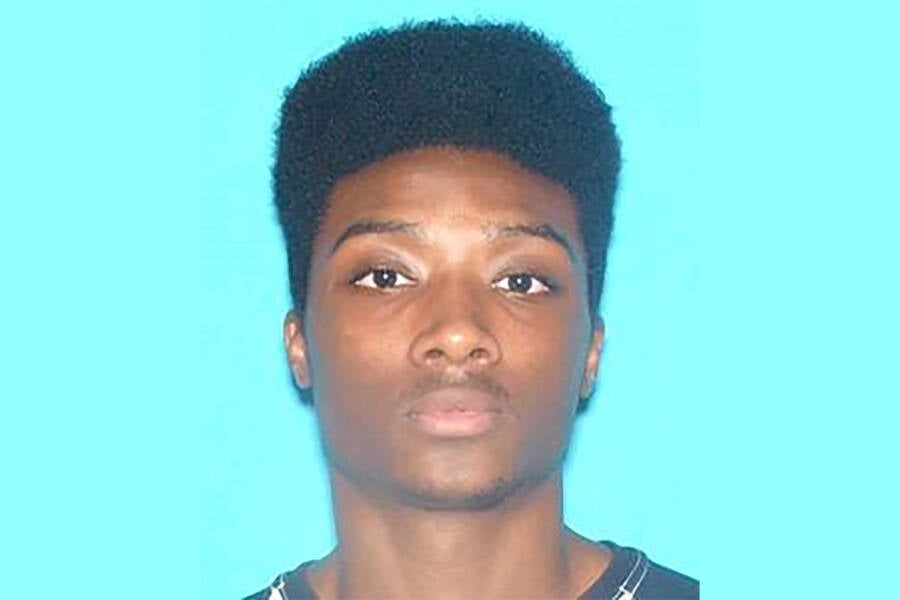 Public Domain Khalil Wheeler-Weaver went on a three-month killing spree that only ended when his final victim’s family used the Tagged app to trap him.

Tragically, he was. Between August and November 2016, Wheeler-Weaver murdered three women, including Butler, and tried to kill a fourth.

But he also left a trail of evidence behind him. Khalil Wheeler-Weaver used dating apps and the social media app Tagged to lure his victims. Butler’s family and friends, determined to find her killer, then turned the tables and used the Tagged app to track him down and bring him to justice.

Ultimately, the so-called “Tagged Killer” was sentenced to 160 years in prison for his gruesome murders.

The Crimes Of Khalil Wheeler-Weaver, The Tagged Killer

Khalil Wheeler-Weaver didn’t strike most people as a cold-blooded killer. Clean cut and well dressed, he nevertheless had a deeply-hidden dark side.

Information on Wheeler-Weaver’s early life is limited. According to USA Today, Wheeler-Weaver grew up in a comfortable home in a well-to-do neighborhood in Orange, New Jersey.

Several of his family members are employed with law enforcement. In late 2016, the 20-year-old himself was working as a security guard at a hotel and a grocery store.

Wheeler-Weaver was described as “calm and helpful” by detectives. Nevertheless, this “calm” young man was preparing to commit a string of brutal murders.

At the time of her disappearance on Aug. 31, 2016, West was getting the majority of her income from sex work.

The day after she vanished, local police responded to calls about a fire in an abandoned house. Upon entering the home, they discovered West’s charred remains.

Her body was so badly burned that she could not be identified until two weeks later through the use of dental records. Due to the state of her remains, her cause of death could not be determined.

When he was later questioned about West’s murder, Wheeler-Weaver told detectives that he had gone for a meal with West and dropped her off at an abandoned house about two blocks from where she was found.

But mere weeks after West’s body was found, another woman disappeared under mysterious circumstances. 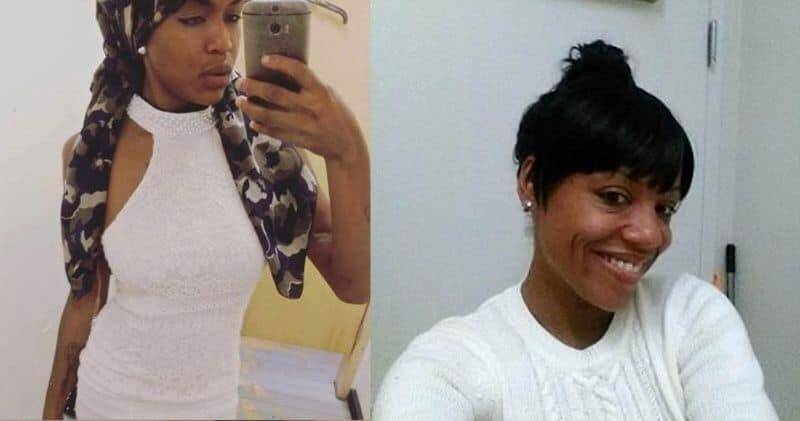 Joanne Brown, who was 33 in 2016, was struggling with homelessness and also had mental health problems. She was last seen getting into Wheeler-Weaver’s car on Oct. 22, 2016, and was reported missing later that month.

On Dec. 5, 2016, Brown’s remains were discovered in a different abandoned house. Tape covered her nose and mouth. The cause of death was ultimately ruled as strangulation.

“You’re Not A Serial Killer, Right?”

Butler was a deviation from Wheeler-Weaver’s other victims as she was not a sex worker and did not struggle with mental health issues. She was also close to her family and in the middle of earning a degree.

Wheeler-Weaver’s murder of Sarah Butler, however, would ultimately result in his capture. 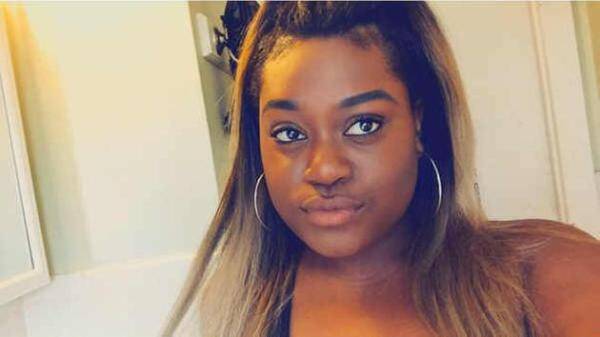 FacebookSarah Butler was Khalil Wheeler-Weaver’s final victim. Her family would eventually be responsible for bringing Wheeler-Weaver to justice.

Butler was home for Thanksgiving when she met Wheeler-Weaver on Tagged, a social media app. The two had planned to go out before, but Butler decided against it. But when Wheeler-Weaver offered her $500 for sex, she agreed.

Butler jokingly texted him before their date, “You’re not a serial killer, right?”

Butler told her mother she was going to meet a friend and borrowed her van. Thinking nothing of it, her mother said goodbye. This was the last time anyone would see Sarah Butler alive.

Bringing Down The Tagged Killer

On Nov. 15, 2016, just before Butler’s murder, another woman named Tiffany Taylor approached authorities regarding an encounter she had with Wheeler-Weaver that almost left her dead.

Taylor was 34 years old, several months pregnant, and had recently become homeless. She relied on sex work to get by. She told authorities she had made a deal with Wheeler-Weaver to pay her for sex.

They met at a motel in Elizabeth, New Jersey, and left in Wheeler-Weaver’s car. But he then put on a ski mask and proceeded to handcuff Taylor and duct tape her mouth. He raped her in the back of the car and strangled her to the point that she lost consciousness.

When she awoke, Taylor somehow managed to persuade her captor to drive her back to the motel. Once there, she ran into a room and locked the door. She called 911, but Wheeler-Weaver was gone by the time police arrived.

Meanwhile, Sarah Butler’s family and friends were determined to find justice and so took matters into their own hands. Butler’s sister knew the passwords to her social media accounts, including Tagged. 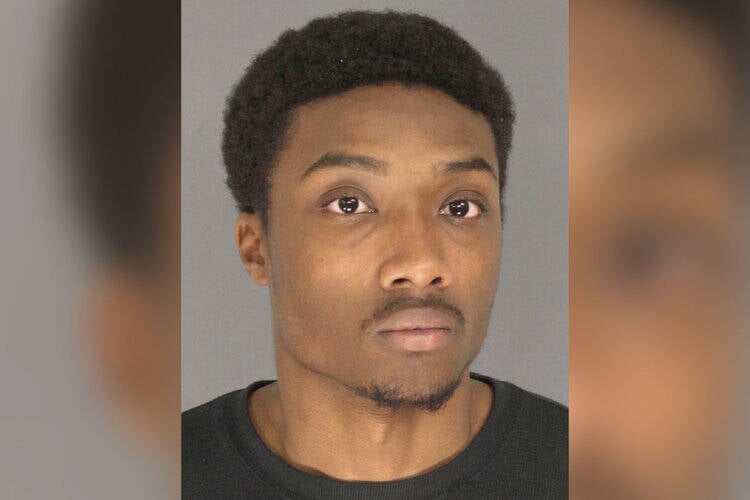 Logging onto Butler’s account, she looked through her communications from the time she disappeared and discovered Wheeler-Weaver.

Butler’s sister created a fake profile on Tagged and approached Montclair police about what to do next. Together they arranged a sting operation.

On Dec. 6, 2016, Wheeler-Weaver arrived at the location he had arranged with his “date” and was instead met by undercover police officers. He was subsequently taken into custody.

The Evidence Against Khalil Wheeler-Weaver

On the day he was taken into custody, authorities searched the Tagged Killer’s home and found three cell phones in his bedroom.

These revealed several pieces of incriminating evidence, including searches that Wheeler-Weaver had made that proved he’d lied to detectives about his whereabouts at the time the three women disappeared.

His internet searches included: “How to make homemade poisons to kill humans” and “What chemical could you put on a rag and hold to someone’s face to make them go to sleep immediately.”

After tracking Wheeler-Weaver’s cell phone, authorities could place him at the abandoned house containing West’s body which was set on fire in September 2016. His phone records also revealed that he had initially driven away but then went back to watch the building burn.

Prosecutors also showed that the last person to call Joanne Brown before she disappeared was none other than Wheeler-Weaver himself. He picked her up, brought her to the abandoned house, and spent about an hour there before he left.

Her body was found in the home around six weeks later.

In February 2017, Wheeler-Weaver was indicted on three counts of murder, one count of attempted murder, aggravated arson, desecration of human remains, aggravated sexual assault, and kidnapping.

He pled not guilty to the three murders and the charge of attempted murder.

The Trial Of The ‘Tagged Killer’

In December 2019, Khalil Wheeler-Weaver — the so-called “Tagged Killer” — finally had his day in court. A jury found him guilty of 11 charges, including three counts of murder and desecration of human remains, attempted murder, two counts of aggravated sexual assault, aggravated arson, and kidnapping

At his sentencing on Oct. 6, 2021, a number of his victims’ family members had the opportunity to speak.

“I will never forget her smile, her face, her walk, her desire to help homeless people,” West’s mother said. “The world focuses on the last month of her life. She had a whole entire life before her demise.”

When it came time for Butler’s father to address the court, he turned to face his daughter’s killer. “I hope you suffer, boy,” he said, “every night.”

Wheeler-Weaver’s would-be victim, Taylor, also spoke. “My whole life is different; I don’t wear makeup anymore; I don’t have friends. I’m always paranoid. But I’m happy to still be here,” she said. Then, Taylor turned to the judge.

“I hope you don’t show him any remorse,” she added, “because he’s not showing any remorse.”

Though Khalil Wheeler-Weaver claimed he was framed, the judge sided with his would-be victim and his victims’ families. The “Tagged Killer” was sentenced to 160 years in prison.

“The defendant believed these victims were disposable,” stated the prosecutor, Wells. “They were killed and then he went on about his day as if nothing had happened.

“But each of these women’s lives mattered.”

Next, read the full story of Ted Bundy and learn about more of history’s most famous serial killers.