Forget Lions And Tigers, Your Housecat Is The Deadliest Feline On Earth 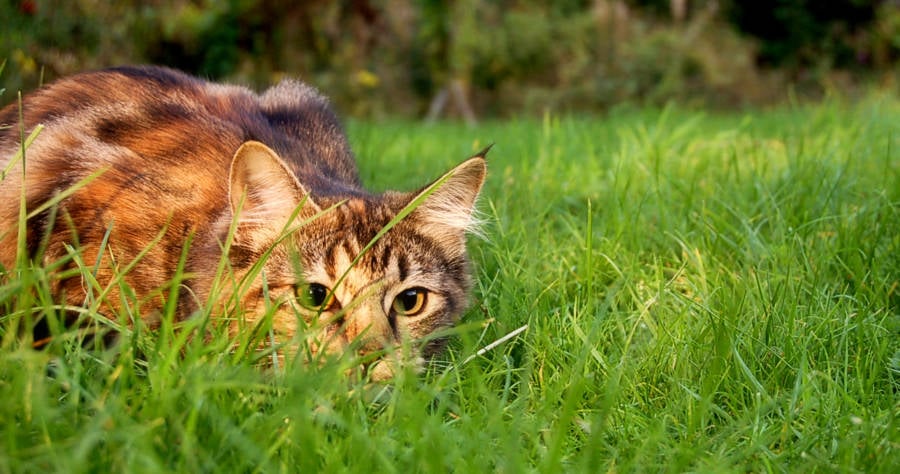 Why Your Cat Brings You The Animals It Kills

If you own a cat that spends a lot of time outdoors, you’ve probably awoken one morning to find that it’s left a little “present” on your doorstep in the form of a dead mouse or bird. The best explanation for this behavior we have is that your cat is trying to teach you.

In the wild, cats demonstrate how to hunt to their kittens so they can learn to do it themselves. Since your cat has never seen you kill a bird, it’s trying to teach you how it’s done.

In that light, it’s almost sweet. But there’s also a darker side to it. You see, that dead bird on your porch is just the tip of a grisly iceberg.

It’s estimated that domestic cats kill hundreds of millions of small animals every year in the U.S. alone. Worldwide between pet cats and strays, it’s estimated that the total number of animals killed by cats venture into the billions. These latter figures are disputed given how hard it is to count the number of stray cats, but it’s safe to say that cats kill a lot of animals.

For instance, figures from the National Park Service suggest that parks with cats in them have 50% fewer birds than parks without cats.

It’s no wonder considering that cats are perfectly designed to hunt. Domestic cats are descended from the wild cats that showed up in early human farming settlements to hunt for mice. Though the domestication has been at work for thousands of years, they still have all those evolutionary tools for hunting that their ancestors had.

Cats are supremely stealthy, with padded paws and fur patterns that let them hide in the undergrowth. Cats also have an excellent sense of hearing. And cats can use that hearing to detect prey even if they can’t see it with their eyes.

Cats hunt by stalking their prey and letting loose with a burst of speed from their powerful, springy hind legs when they get close. After that, their sharp claws and teeth do the rest.

A study in Australia found that cats are better hunters in the open where their prey has nowhere to hide. In open areas, the cats studied were successful at killing their prey 70% of the time. Compare that to tigers, who only manage to kill their prey one time in 20, or leopards who are successful just one time out of seven. Pound for pound, that makes cats one of the deadliest feline predators in the world.

Cats don’t just hunt mice or birds. They target snakes, lizards, and frogs. In areas with lots of endangered species, cats can play a serious role in driving these species toward extinction. And while domestic cats don’t need to hunt for their prey, many still do because it’s instinctual for them. In many cases, cats don’t even eat the animals they kill. 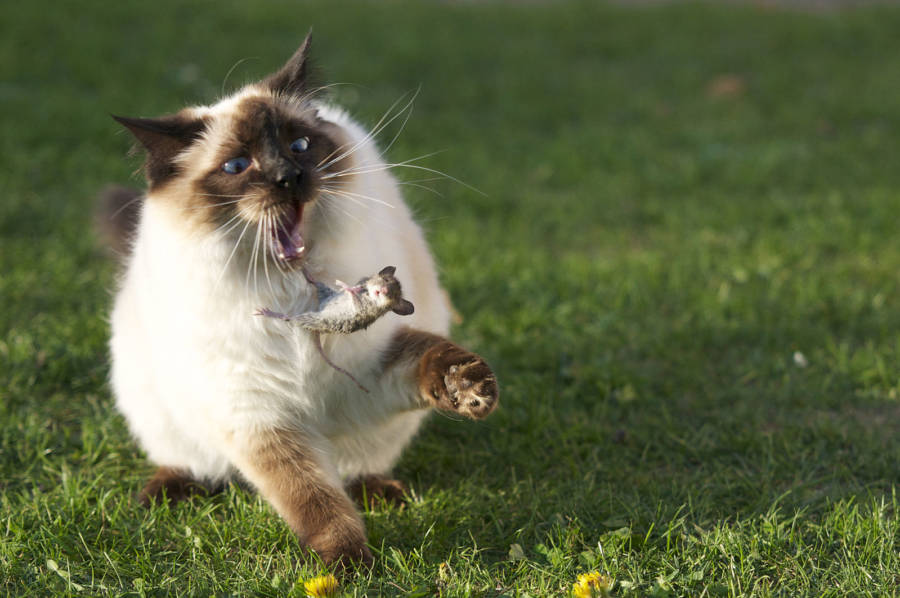 So it’s not hard to imagine that cats could take a serious toll on the wildlife in the places they roam. This has led some to suggest that we should be keeping a closer eye on our cats. One conservation organization in New Zealand even suggested that the country should institute a total ban on cats.

Most experts agree that the real problem isn’t your housecat; it’s actually the strays that account for most of the killing. That’s why it’s important to spay and neuter cats to keep them from reproducing in the wild.

But kills from domestic cats still add up. The best solution if you own a cat is to just keep your cat inside. It’s safer for both the cat and the animals that live nearby. So you don’t need to get rid of your pets, just make sure to keep a closer eye on them.

Next, read how feral cats have taken over Australia. Then check out these 50 interesting random facts.