ABSCAM, Mel Weinberg, And The Real Story Behind ‘American Hustle’ 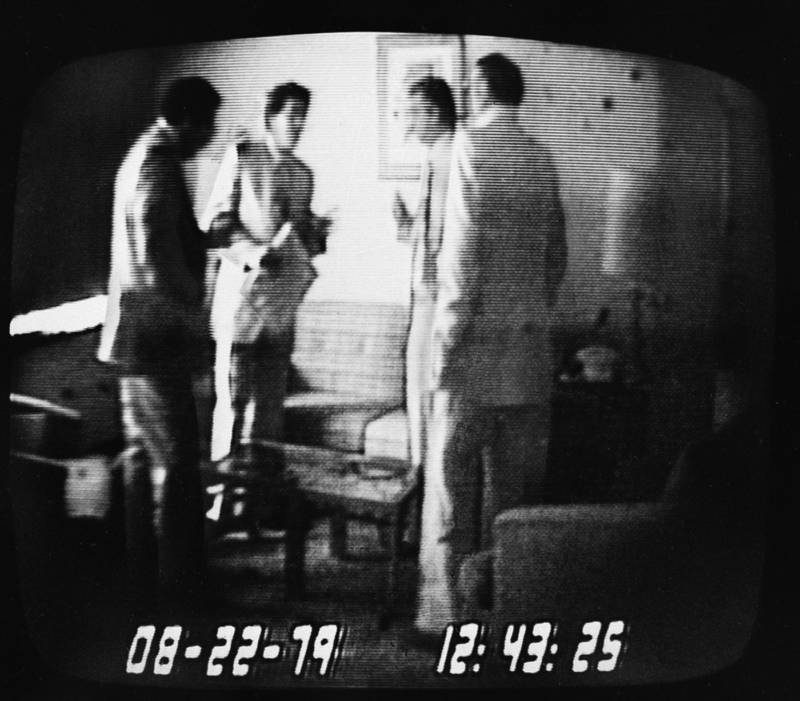 ABSCAM began as an FBI sting operation in 1978 designed to recover stolen pieces of art and track down fraudulent securities. To execute the sting, the FBI used the help of actual criminals and con men to try to catch art thieves and black market securities dealers. But what the FBI didn’t count on was also proving the existence of corruption at high levels of the American government.

If this all sounds like something out of a movie, rest assured that it was (2013’s American Hustle). But also know that, unbelievable as it all sounds, the ABSCAM operation actually happened. This is that story.

The real sting operation known as ABSCAM lasted from July 1978 to February 1980. The basic idea was that the FBI hired a real, convicted con man to help them set up fake illegal deals between various kinds of criminals and undercover FBI agents posing as representatives of oil-rich Arab sheikhs in hopes of catching those criminals in the act.

Whether those criminals were black market art and securities dealers or politicians looking for bribes, the undercover agents posed as the prospective buyers and the FBI got the whole thing on tape.

And the key to setting up these deals was the con man: Mel Weinberg. 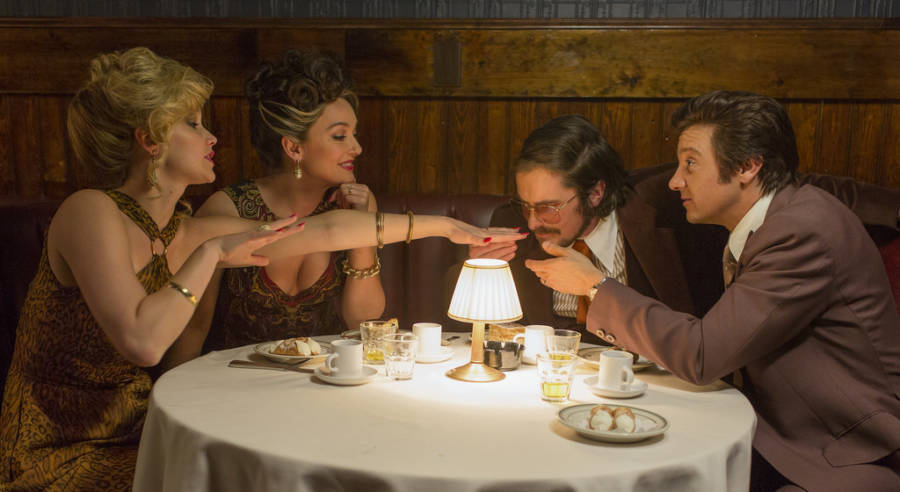 Weinberg — born in New York in 1924 — was a larger-than-life con man whose swindles were legendary before the FBI finally arrested him on fraud and conspiracy charges for his many scams in 1977 (his 1981 biography, The Sting Man, formed the basis of American Hustle).

“Oh, he was good,” said one Pittsburgh laundry owner who Weinberg swindled out of $3,750 in 1976. “It was worth the money to watch him. He was very smooth. A real con artist.”

Indeed, Mel Weinberg’s list of scams is audacious: He peddled substandard Italian glass to Italian-Americans by merely putting “Made in Italy” stickers on each piece in order to play upon their national pride. He promised loans to people with shaky credit, charged them a $1,000 processing fee before delivering the money, then told them they weren’t approved and couldn’t get their fee back. He set up a fake investment company to steal money from potential investors with the help of his housemaid and mistress Evelyn Knight.

And when his own cousin once threatened to rat him out to the cops for scams like these, he shut his cousin up by convincing him that he’d had a mob hit put out on him.

But most of the time, those who witnessed or were actually hurt by Weinberg’s scams never even tried to turn him in.

“When a guy is in a jam and lookin’ for money, it’s my philosophy to give hope,” Weinberg said of his scamming philosophy. “If you say you can’t do nothin’, you’re killin’ his hope. Everybody has to have hope. That’s why most people don’t turn us in to the cops. They keep hopin’ we’re for real.”

It was Weinberg and his philosophy of hope that were essential to the FBI’s ABSCAM operation.

When the FBI did arrest Mel Weinberg in 1977, he did what he did best and finagled his way out of it. In exchange for not serving the three years in prison to which he’d been sentenced, he agreed to help the FBI execute ABSCAM — and get paid well for it (about $150,000 in total).

In exchange for probation and dropping charges against his mistress, Weinberg agreed to help the FBI with four cases using his scam artist motif.

The name ABSCAM comes both from “Arab scam” and “Abdul scam,” with Abdul being the name of the fake Long Island company that the FBI and Mel Weinberg used to catch black market operators and corrupt politicians in the act.

FBI agents John Good and Anthony Amoroso ran the sting operation with Good was the supervisor and Amoroso as the undercover expert. Meanwhile, Weinberg’s underworld knowledge and connections helped them hone their operation and find potential targets.

Initially, FBI employees would pose as representatives of the fictitiously Arab-owned Abdul Enterprises and attempt to buy stolen or forged artworks from black market dealers, with Weinberg as the middleman. It worked and within a few months, they’d recovered paintings worth $1 million — and nabbed the criminals who they’d caught on tape carrying out these illegal deals.

Then, the undercover agents started posing as buyers of illegal securities and that worked even better. They soon prevented the sale of some $600 million worth of fraudulent securities.

But soon, things took yet another turn and ABSCAM started targeting high-ranking politicians. 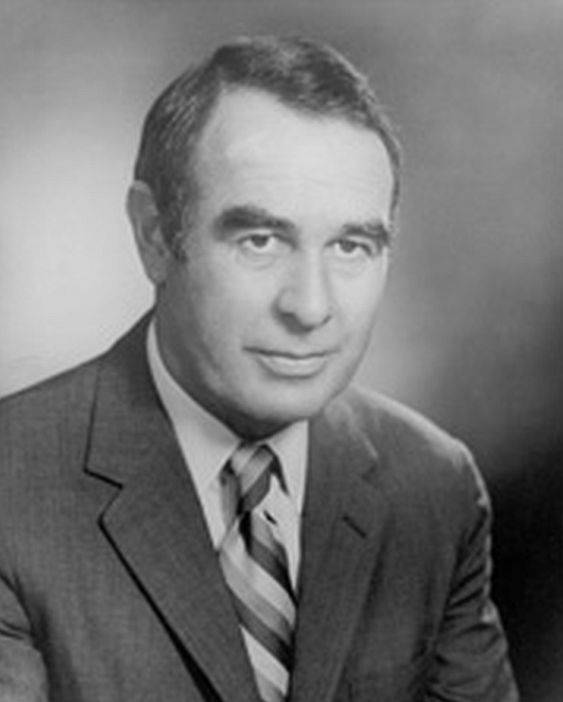 Wikimedia CommonsSenator Harrison Williams, one of the federal lawmakers convicted in connection with ABSCAM.

With the initial art and securities cases so successful, the FBI kept Mel Weinberg on and the ABSCAM stings grew more elaborate. When one black market dealer that they’d target unwittingly and offhandedly mentioned to the undercover agents that the sheikhs they worked for should consider investing in Atlantic City casinos — and that the necessary government support to get those casinos built could be obtained by bribing corrupt politicians — ABSCAM now had some new targets.

Soon, the undercover agents met with Angelo Errichetti, mayor of Camden, N.J., who promised them gambling licenses for a price and even said he knew some Congressmen who would also help the sheikhs’ various business interests if they were bribed.

It wasn’t long before ABSCAM caught one Senator (Harrison Williams) and six Representatives (Frank Thompson, John Murphy, Michael Myers, Richard Kelly, Raymond Lederer, and John Jenrette) in illegal pay-to-play schemes. Williams, for example, took stock in a mining company in exchange for steering government contracts toward that company. But whatever the specifics, these top lawmakers time and again received money in exchange for using their influence to help Abdul Enterprises.

What started out as four cases targeting black market forgers and fraudsters had now grown into one of the biggest anti-corruption stings in the history of the FBI. When the time the Justice Department declassified ABSCAM and it became public knowledge in February 1980, it was the biggest U.S. political scandal since Watergate.

All of the Congressmen arrested were convicted and served jail sentences. With the hard evidence of their shady dealings right there on FBI surveillance tapes, their fates were sealed.

With the story of ABSCAM and Mel Weinberg being as astounding as it is, it’s no surprise that Hollywood took a crack at telling it. However, as is often the case, the movie took some major liberties.

But even though Good and Amoroso served as consultants for the movie, it did diverge from real life in a number of ways.

For one, in the movie, Rosenfeld likes Polito so much that he agrees to swindle the FBI to try to lower the charges levied against the mayor. That never happened, although Weinberg did take a liking to Errichetti. “He’s a likeable guy… he didn’t beat around the bush. He wanted to make money,” Weinberg said.

Next, DiMaso is brash, flamboyant, and hellbent on taking down every politician that he can. But in real life, the agents running ABSCAM were by-the-book guys who were just trying to catch the particular criminals that found their way into ABSCAM.

Furthermore, neither Good nor Amoroso had an affair with Knight, as the film depicts. What’s more, despite what the film says, neither Knight nor Marie was even involved in ABSCAM in any direct way.

But even without the love triangles and brash personalities of the film, the true story of ABSCAM and Mel Weinberg is something right out of a Hollywood screenplay.

After this look at ABSCAM and Mel Weinberg, discover the story of con man Victor Lustig, who “sold” the Eiffel Tower — twice. Then, check out the true story of Henry Hill and the other real-life Goodfellas.