J.D. McMahon promised Wichita Falls a skyscraper befitting the prospering boom town. Unknown to townspeople, the con man drew up blueprints for a building 480 inches tall, instead of the 480 feet he promised. 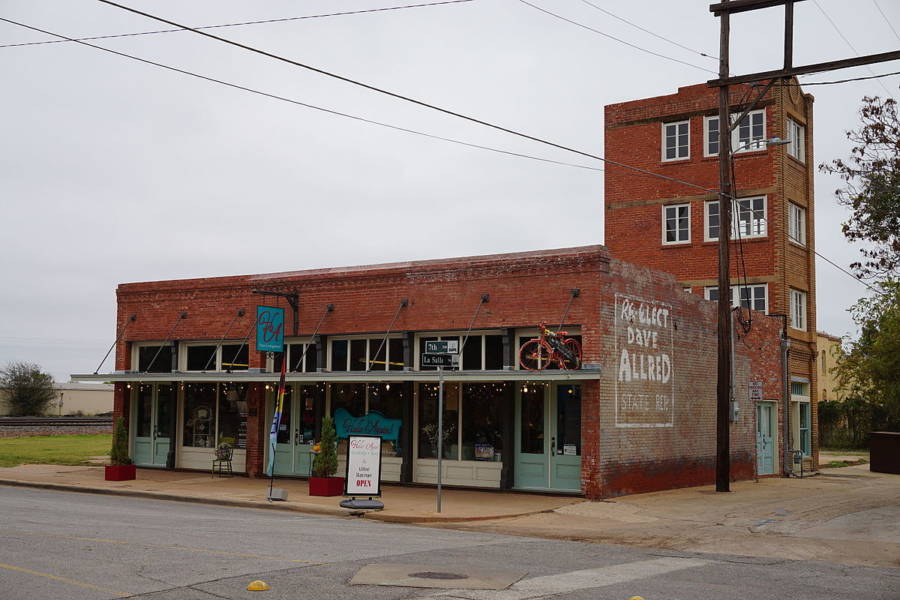 In the early 20th century, a petroleum boom hit Wichita County, Texas, whose population more than doubled as over 20,000 new residents moved to the area. The town of Wichita Falls became a hub for the roaring economy, and new industries began to grow as did the town’s population.

The original Newby building was a simple one-story office building that had occupied the corner of Seventh and La Salle streets since it was built in 1906 by a railway man named Augustus Newby. However, once the boom hit, the town’s need for office space dramatically increased. In 1919, J.D. McMahon, who owned an oil construction company that occupied one of the offices in the building, proposed an add-on in the empty lot next door to accommodate that need.

McMahon’s idea was a skyscraper that would be a fitting monument for the rapidly growing city. His plan was a popular one, and eager investors rushed to be involved in the plan. They gave him $200,000 – the equivalent of $2.7 million today. 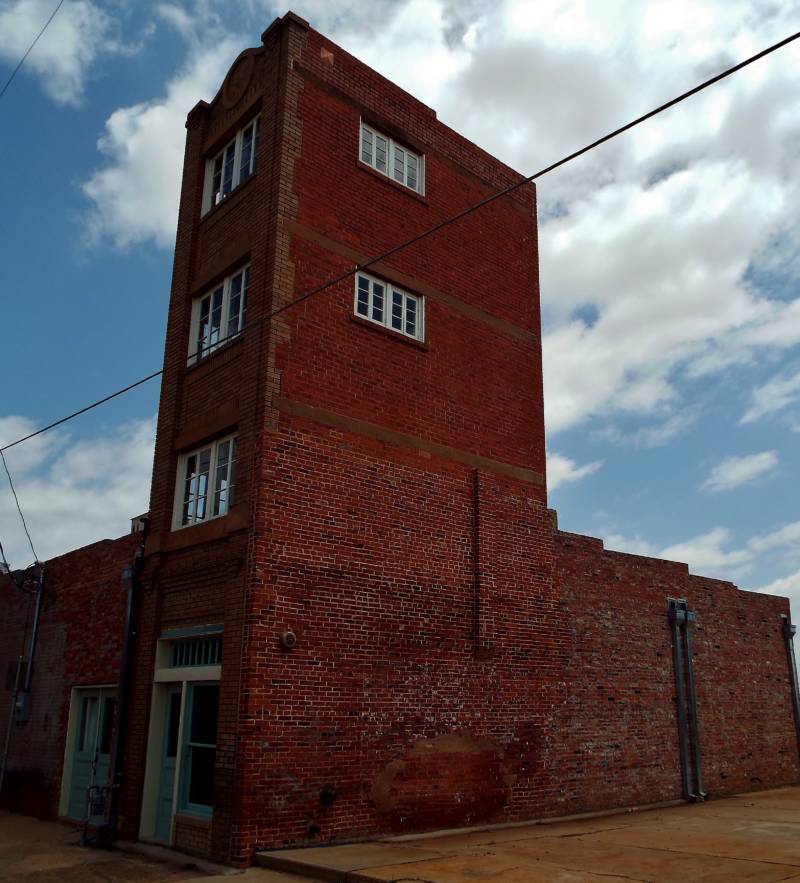 McMahon used his own construction company and began building without officially getting permission from the land’s owner. The investors did not realize that there was something off with their investment until, upon completion, they saw that the new “high-rise” they’d been promised was a meager four stories tall.

To their surprise, the entire building was only 40 feet tall, 12 feet long, and nine feet wide. To make matters worse, the elevator company McMahon hired had backed out, so visitors could only reach the top floor of the building via an external ladder. A narrow staircase was added later, but the building was so narrow that the staircase then took up about 25 percent of the building’s interior.

Once the investors realized what had happened, they tried to sue McMahon. However, the blueprints he’d drawn up had actually indicated that the building would be 480 inches tall, not 480 feet. The investors never looked closely at the documents and did not grasp the (lack of) scale before signing on. They had no legal recourse against McMahon.

Shortly after construction was completed, McMahon skipped town, presumably with the majority of the $200,000 in his pocket. He was never heard from again, and the town was left to decide what to do with the newly embarrassing Newby-McMahon Building. 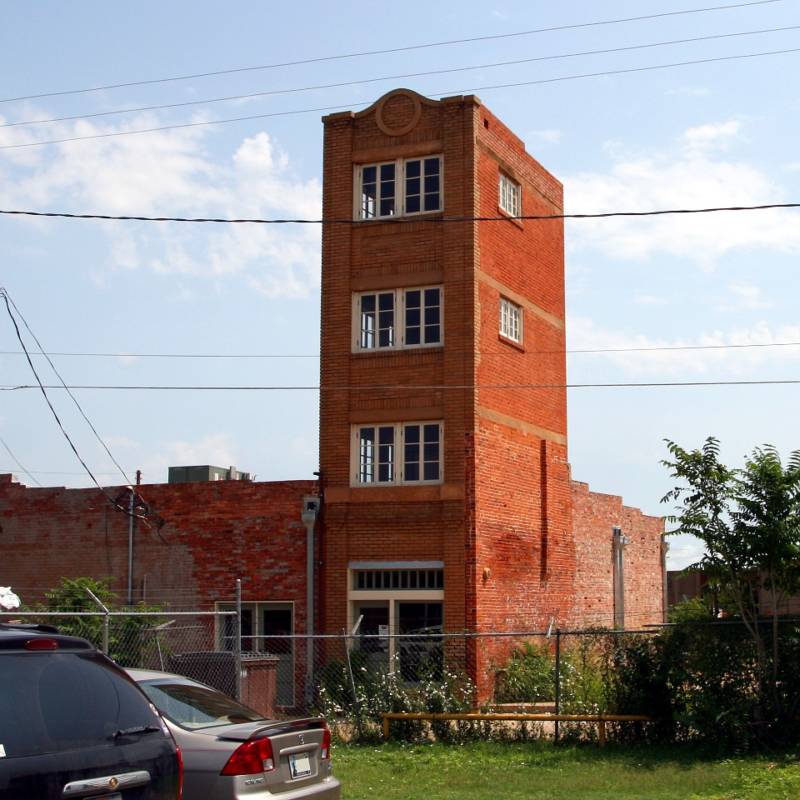 The “World’s Littlest Skyscraper” as it is known, remained empty for many decades. A fire struck in 1939, destroying the entire interior. Many Wichita Falls residents were in favor of tearing the whole thing down, but it didn’t happen. Although it had been slated for demolition a handful of times, other local residents fought to keep it standing.

Eventually, it came to be occupied by various businesses, including a barbershop and restaurants. It went vacant again and remained so until the 1990s when a local business, Marvin Groves Electric, partnered with a local architecture firm called Bundy, Young, Sims & Potter to purchase and restore the building. 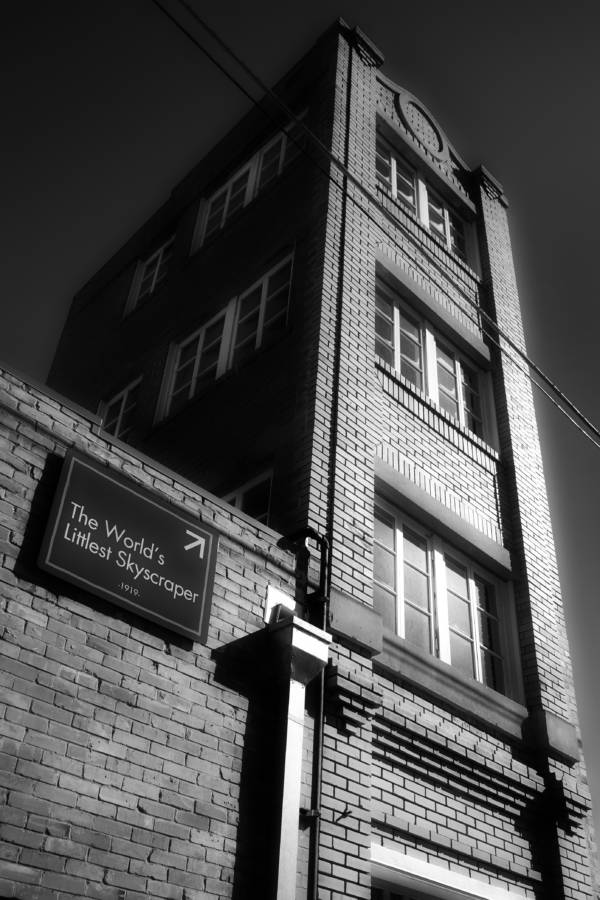 In 2000, Marvin Groves Electric officially bought the building for $3,748 and began renovating. With some help of grants from the city council, the Newby-McMahon Building was fully restored by 2005.

Today, it houses an antique store and an artist’s studio. The building has been declared a Texas Historic Landmark. It was added to the National Register of Historic Places and is part of the Depot Square Historic District of Wichita Falls.

The “World’s Littlest Skyscraper” has become a must-see tourist attraction in the town, showing visitors that the boom era wasn’t without its conmen and controversies.

Next, check out New York City before the skyscrapers in 39 vintage photos. Then read why Centralia, Pennsylvania has been on fire for more than 50 years.