This Indian Village Was Abandoned Overnight And No One Knows Why

Why did all of the residents of Kuldhara flee one night under the cover of darkness? 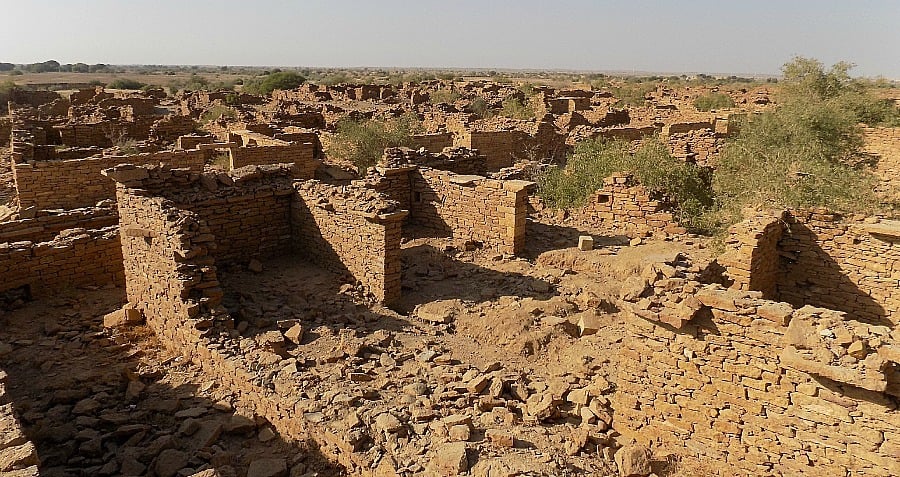 With its first structures built sometime in the 13th century, the village of Kuldhara, India was abruptly abandoned overnight sometime in the early 19th century. No one knows why, exactly, but a few theories have emerged in an attempt to explain it.

Located approximately ten miles west of the city of Jaisalmer in Rajasthan, the once-prosperous village is now nothing more than a few stone ruins.

Formerly inhabited by the Paliwal Brahmins, the town known as Kuldhara was actually composed of 84 villages comprising the community that the Paliwals called home after migrating from the Pali region of western India.

Known for their extensive understanding of agriculture, the Paliwals were able to grow crops in the harsh, dry conditions of the Thar Desert by identifying areas that stored gypsum rock, a soft mineral made up of 20 percent water, beneath the surface. They also utilized their trading skills to help the community prosper, expanding over time, and living among one another for nearly six centuries.

Then, one night in 1825, the village’s inhabitants simply disappeared, taking with them only what they could carry on their backs.

So why would a prosperous community just up and vanish overnight?

One theory suggests that the ever-dwindling water supply forced villagers to seek new resources elsewhere. Why this would require 84 villages to flee under the cover of darkness remains unclear, which has led some to doubt the accuracy of this hypothesis.

One source claims that the water theory may hold merit, but rather than an increasingly low supply, perhaps invaders poisoned the communal wells with animal carcasses, rendering it unpotable. Invading the community during the celebration of the Hindu holiday Raksha Bandhan, these invading forces allegedly martyred several Paliwals before doing so, forcing them to seek a new, safe space to call home outside of Kuldhara.

Another view, which is the most widely accepted, suggests that the sprawling community left to avoid oppression from a ruthless and unfair local ruler. 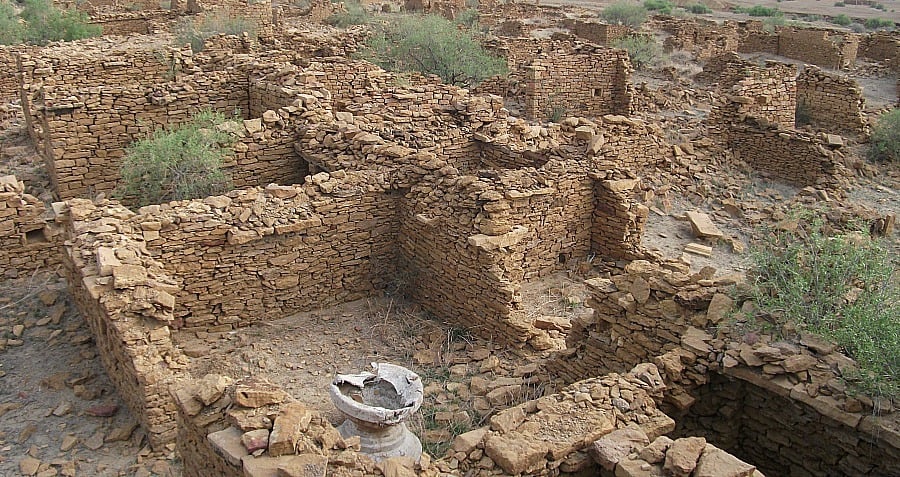 As the story goes, the Diwan of Jaisalmer, Salim Singh, was collecting large sums of money from the inhabitants of Kuldhara in the form of heavy taxes.

When he set his sights on the daughter of a local chief, he demanded her hand in marriage and warned any villagers that they would be met with even higher taxes should anyone consider attempting to interfere with his plan.

He gave the villagers only one day to accept his proposal. Out of loyalty and respect for their friend, the chief, and father of the woman who had caught Singh’s eye, the entire community collectively decided to leave before the 24-hour deadline was up, disappearing into the night forever and leaving all that they had worked for six centuries to build behind.

Before leaving, however, some say that the entire area was placed under a curse, which prohibited anyone from ever inhabiting its grounds again. Anyone who defied the hex would be met with death, and so, no one has dared to call the place home since.

Today, some recognize the ruins as a hotspot for paranormal activity, which attracts the occasional tourists, although no one has officially lived there for over 200 years. 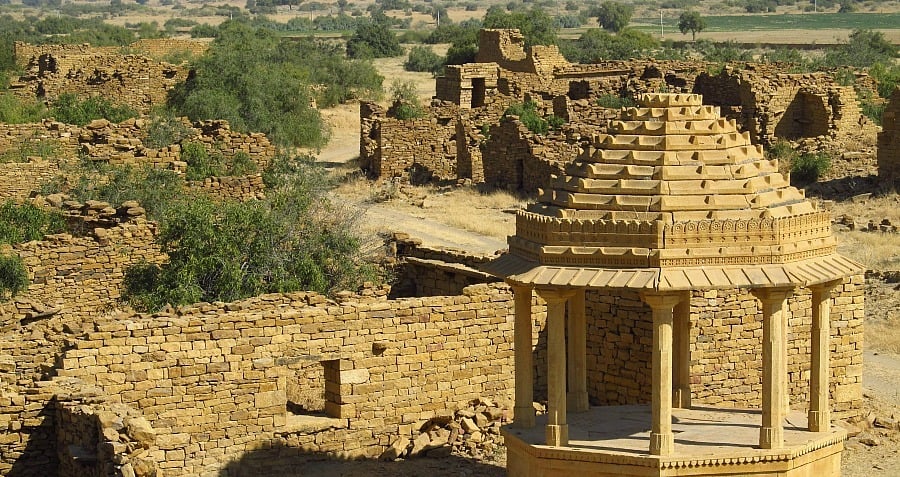 The walls of the sandstone gates, and homes and lanes made of brick once used by the Paliwals still stand in Kuldhara today, including a temple that rests in the center of the ruins. To the east lies the dried bed of the Kakni river, an additional reminder that the village of Kuldhara is not to sustain human life. The area is now maintained by the Archaeological Survey of India, where it is recognized as a heritage site.

To this day, it remains unknown where the villagers of Kuldhara relocated to on that mysterious night.

After learning about the mysterious disappearance of Kuldhara, learn about a more modern-day ghost town, California City. Then, delve into the five greatest mysteries of human history.