Catherine Ann Cesnik's murder has been unsolved for 47 years. Police have now gathered DNA from a priest who had reason for wanting her dead. 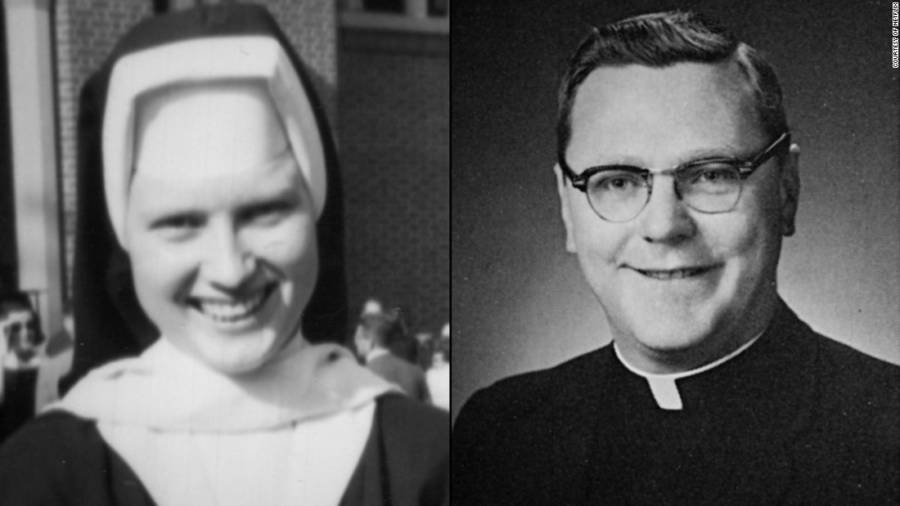 When a father and son out hunting in Maryland mistakenly happened upon the corpse, the 26-year-old nun had already been missing for almost two months.

Which is why, on February 28, they dug up his grave.

Rev. A. Joseph Maskell was an obvious suspect for the Baltimore County Police’s team of cold case detectives.

The priest was accused of sexually assaulting young women in the 1990s and “Sister Cathy” was a likely confidant for his victims.

As murder investigation techniques have evolved over the years, the DNA preserved from the crime scene has been tested against several different individuals. But it took time to get access to the body of Maskell, who died in 2001.

Now that police have secured an order from the state’s attorney, exhumed the body and gathered DNA samples, they’re hopeful that the end is in sight.

“Determining whether Maskell’s DNA matches the evidence remaining from the crime scene is a box that must be checked,” Elise Armacost from the Baltimore County Police told CNN.

Maskell served as the chaplain at Baltimore’s Archbishop Keough High School through the 1960s and 1970s.

In 1992, two female former students accused him of physical and sexual abuse and, in 1994, they and several other students filed a lawsuit. In total, 16 students came forward with allegations of assault.

During the initial investigation in 1994, one of the student victims recalled Maskell taking her to a dumping area to show her Cesnik’s corpse as a warning for what could happen if she told anyone about his advances.

But even with that testimony, law enforcement failed to bring charges against the priest for Cesnik’s murder or any of the 16 sexual assault claims.

“If law enforcement, in general, had done their job back in 1970, they’d have brought Maskell in then and this would not have all been necessary in 2017,” Joanne Suder, an attorney for many of Maskell’s former students, told CNN. 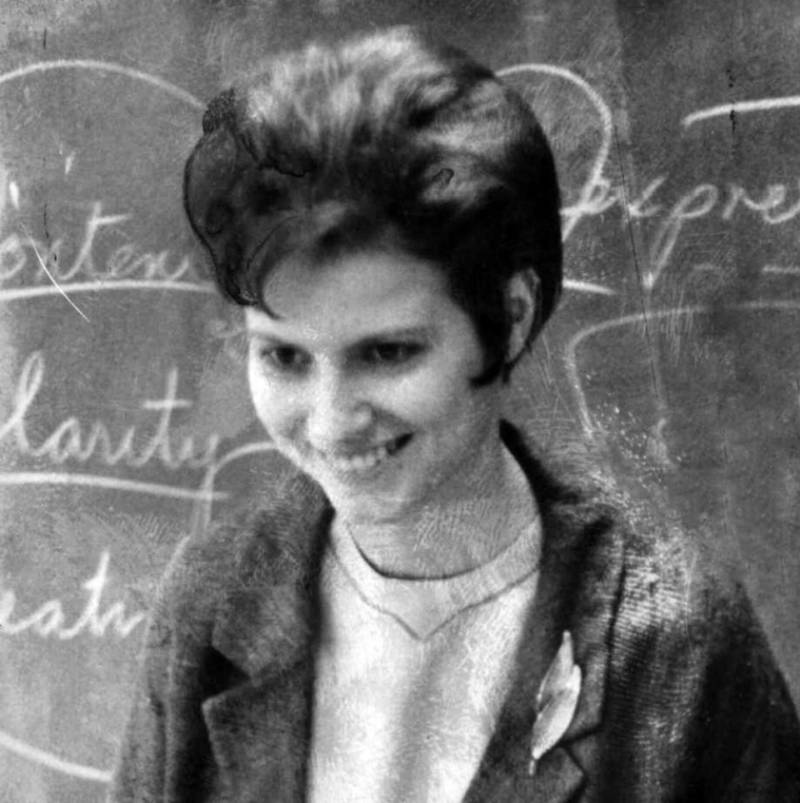 Instead, Maskell was investigated independently by the Archdiocese of Baltimore.

He was removed from the ministry in 1994 and fled to Ireland. The archdiocese gave money to each of the 16 people who pressed charges, according to a spokesperson from the church.

Cesnik was a teacher at a different Baltimore high school at the time of her murder, but testimony from the victims suggests she knew about Maskell’s crimes.

The unsolved mystery is the subject of an upcoming Netflix documentary series, which police insist has nothing to do with their decision to exhume the body.

Cesnik left her apartment to run errands at Edmondson Village Shopping Center on November 7, 1969. Her roommate reported her missing the next day.

Her 1970 autopsy showed she had died from blunt force trauma to the head. 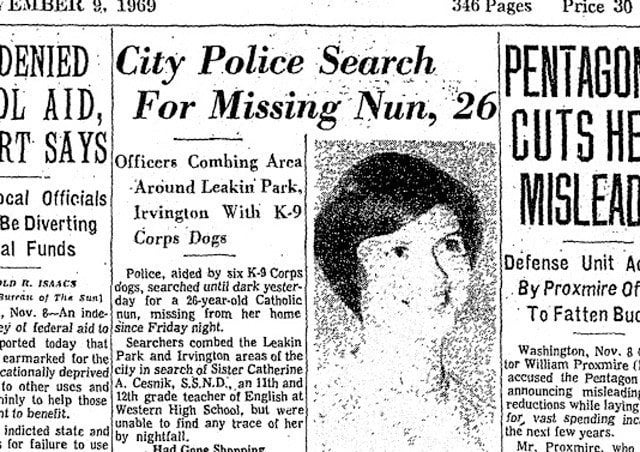 But while Cesnik’s supposed involvement in the Maskell case supplies a plausible motive, it’s not the only theory.

Because she wasn’t the only woman to die around that time at a Baltimore shopping mall.

Joyce Helen Malecki was 20 when she disappeared from a different mall only days after Cesnik.

Sixteen-year-old Pamela Lynn Conyers was last seen at that same mall one year later in 1970.

And Grace Elizabeth Montanye, also 16, vanished from yet another mall in the fall of 1971.

All of the women, including Cesnik, were young and similar-looking. All of their cases have remained unsolved to this day.

So, were they all victims of one killer’s murder spree? Or were they entirely unrelated coincidences?

Stay tuned for those DNA results.

Next, read up on the hundreds of infant remains recently discovered in the sewer system of an old Catholic home for unmarried women. Then, learn about the gruesome crimes of the only Catholic priest ever executed in US history.