This Lake May Seem Like A Natural Beauty, But It’s A Disaster Waiting To Happen

Lake Abraham might be home to beautiful ice crystals, but they hold a deadly secret. 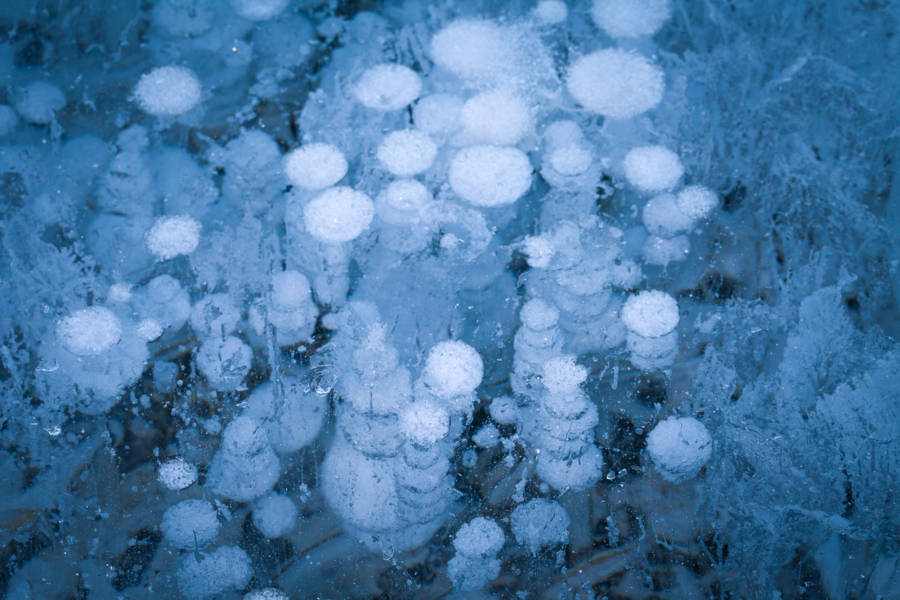 On the North Saskatchewan River in Alberta Canada, the TransAlta Corporation began construction of the Bighorn Dam in 1972, creating along with it Abraham Lake, Alberta’s largest man-made lake. Despite being artificial, Abraham Lake still resembles other glacial lakes in the region, with the distinctive turquoise water that is caused by sediments of glacial erosion entering the lake, giving it unique coloring.

However, it’s neither the size nor the beautiful blue waters that have caused an increase in visitors to the lake in recent years.

Abraham Lake’s main attraction comes during the winter months, when methane bubbles become trapped below the surface of the lake and freeze, creating crystal-like formations under the surface. The beauty of these natural formations has drawn many amateur photographers to the area, hoping to capture the stunning scenery. 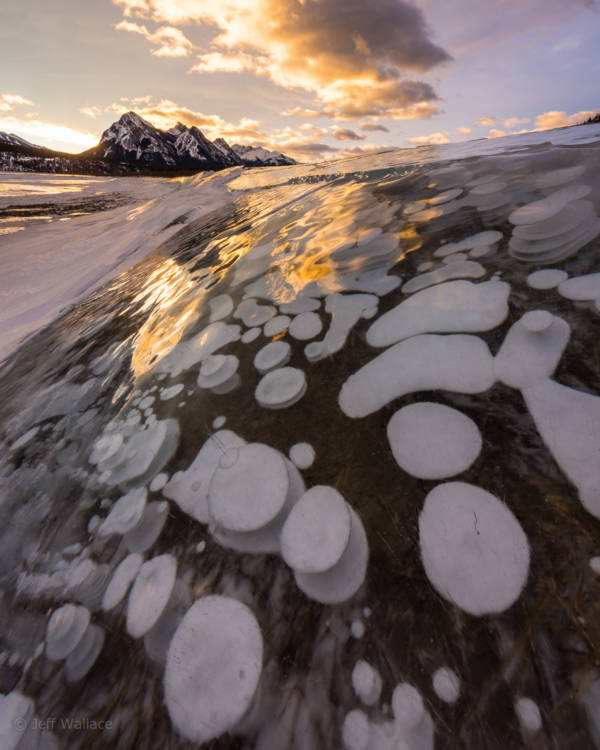 However, as beautiful as the frozen bubbles appear, they are a cause for concern among environmental scientists.

The methane bubbles are created when organic matter, such as dead plants or animals, sink to the bottom of the lake. As the organic matter decomposes, it releases methane gas, which rises to the top. As the winter sets in, the bubbles freeze and stack on top of each other, creating the unique formations of bluish-white crystals and frozen columns. Once the ice thaws, the bubbles break through the surface and the methane gas is released into the atmosphere.

Methane is a greenhouse gas, which scientists say is twenty-five times more potent than carbon dioxide when released into the atmosphere. The release of greenhouse gases like methane can lead to global warming and worsen the effects of climate change on the planet. Furthermore, because Lake Abraham is a man-made lake, it releases even more methane than most, since the lake is created by flooding previously dry land, where organic matter, such as plant life and vegetation, already existed. Therefore, more organic matter breaks down on the lake bed than of man-made lakes than commonly occurs in natural lakes.

Scientists say the increase of the release of methane from Lake Abraham and other lakes and rivers are the result of climate change and the rising of global temperatures. A large amount of methane remains trapped in permafrost and is not released into the air as a greenhouse gas emission. Additionally, at the bottom of the frozen lake sits a substance called methane hydrate, which is made up of trapped molecules of methane that is created from geological processes that occur within the Earth’s crust.

Lake Abraham In The Future 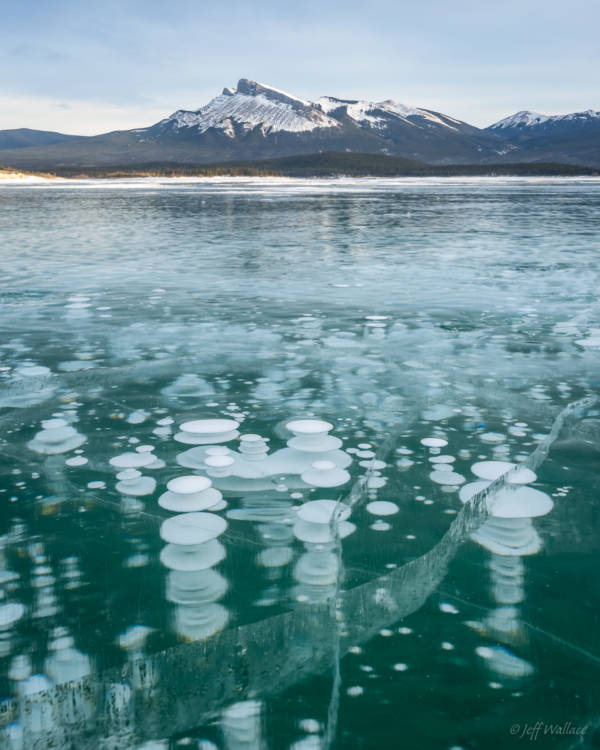 FlickrTheir danger hasn’t stopped tourists from going to see the beauty of the bubbles.

As the global temperatures rise, scientists fear that the permafrost will begin to thaw, and this methane will begin to be released in addition to the methane gas emissions that already occur from the naturally decomposing organic matter at the bottom of the lake bed.

As a result, the amount of methane gases being released into the atmosphere will greatly increase, which will in turn cause an increase in global warming and further harm the environment, creating a dangerous cycle with no clear solution.

Additionally, methane gas is highly flammable. A match lit above the lake’s surface at the right time can cause a surprising burst of flames:

Researchers light a match above a lake in Alaska with similar methane conditions to those at Lake Abraham.

Scientists continue to study the effects of methane on the environment and search for ways to limit the release of these bubbles into the atmosphere, but, in the meantime, the frozen methane bubbles continue to draw people to Lake Abraham.

The fact that the beautiful formations are caused by a dangerous, explosive gas has not seemed to deter any visitors to the area.

For as long as it lasts, the lake will continue to welcome visitors who want to witness and photograph this natural phenomenon, but they are advised to remain cautious; they are warned to pay careful attention to weak spots in the ice and keep in mind that the ice-like formations they are admiring are actually the result of deposits of a highly flammable and environmentally dangerous greenhouse gas.