Lisette Lee, The ‘Korean Paris Hilton’ Who Was A Major Drug Trafficker

Lisette Lee told everyone she was a wealthy heiress. It turned out she was trafficking thousands of pounds of marijuana across the United States. 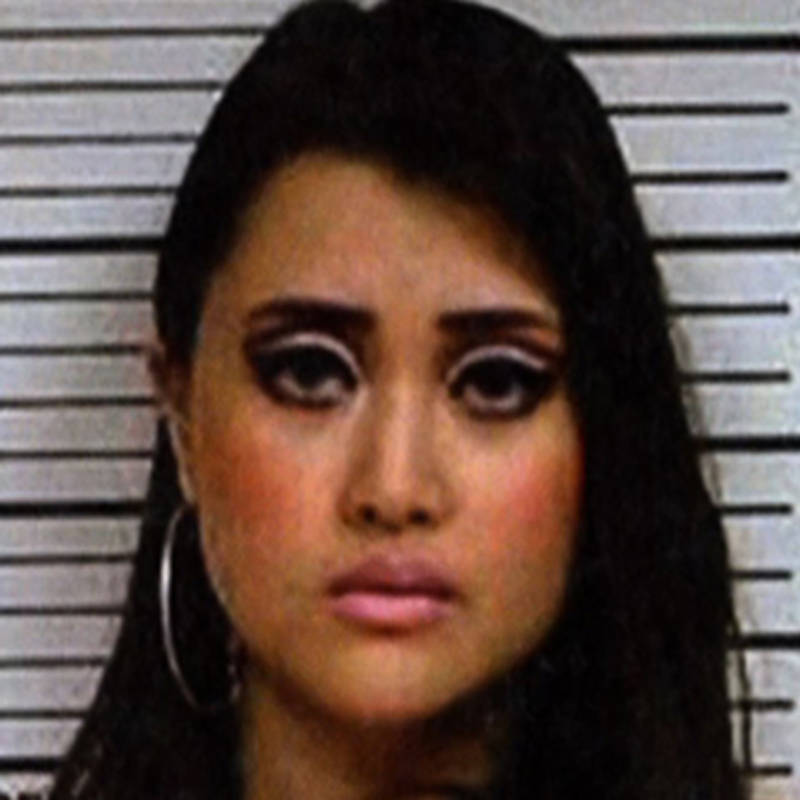 Most big-time drug dealers are not arrested wearing false eyelashes. Rather than being caught in a bloody faceoff with federal agents, Lisette Lee was arrested at an airport surrounded by a well-dressed and decidedly non-violent entourage that included two personal assistants.

Lee’s boldness was what had made her drug trafficking operations so successful. She did the exact opposite of trying to travel under the radar. The self-described “model-socialite” would roll up to her private jet in a limo and step out of the door in an explosion of fur as she shouted at her entourage over her barking chihuahua.

Lee would then board the plane trailed by her associates carrying suitcases, all of which were loaded with marijuana. Over the course of eight months, the socialite and her crew trafficked an estimated 7,000 pounds of marijuana across the U.S., and received a $3 million paycheck for their efforts. The absurdly simple scheme worked well for a while. By the time Lee and her gang were arrested in June 2010, they’d been trafficking pot for eight months without detection.

Lisette Lee bamboozled everyone around her with lies so outrageous that they absurdly became believable. She told acquaintances that she’d gone to a ritzy Los Angeles prep school where she and her “army of skanks” shunned their fellow classmate Paris Hilton.

After that, she supposedly went on to Harvard and then a London finishing school (which accounted for the slight British lilt she sometimes affected). Now she moved in social circles that allowed her to date movie stars Leonardo DiCaprio and Channing Tatum, although they were mysteriously never seen with her.

Even her real age was a mystery. Although she was 29 by the time of her 2010 arrest, she’d been telling friends she was just 22. Lee’s lies, no matter how absurd, were buoyed by the seemingly tremendous wealth she had at her disposal.

Lisette Lee had dubbed herself the “Korean Paris Hilton” (odd considering she had allegedly shunned the heiress) and every aspect of her personality seemed crafted to live up to that moniker.

She would strut around Los Angeles in a fur coat clutching a Chanel bag and abusing her entourage, once she introducing friend she’d hired as her personal assistant as “my desperate little whore“). Lee’s lavish lifestyle was supposedly funded by her absent parents. Lee said she was heiress to not one but two fortunes: Samsung on her mother’s side and Sony on her father’s.

Much like Hilton and Kim Kardashian (whom Lee referred to as “that fat Armenian”), the Lee sought to make a name for herself outside of her family’s wealth, doing stints as a Vogue model, a pop singer back in Korea, and even an actress before taking on a more challenging role: drug trafficker.

A local news report after Lisette Lee was caught with 500 pounds of marijuana.

Of course, it’s not as easy to ship massive amounts of illegal substances across the country as it is to pose for a few photographs. As such, Lee made a few rookie mistakes. The weed packed into the suitcases gave off a powerful smell (which tipped off her previously unwitting entourage as to what they were actually doing).

The strong smell irked Lee, causing her to shriek at her associates, “This is fucking amateur hour! We need to be more careful!” Moving forward, they stuffed the cases with dryer sheets and used copious amounts of Febreze.

Lee, however, didn’t put as much effort into her cover stories for her numerous trips from Los Angeles to Ohio, or to ensure she had a different pilot for each trip. Eventually someone working at the airport realized she’d “moved” from California to Ohio about three times and tipped off the U.S. Drug Enforcement Administration, which was waiting for her when she arrived in Columbus one day in June 2010.

“But What Will I Wear In Jail?”

Having gotten her way for so long, Lee couldn’t quite believe she was actually going to prison. The only thing she could manage to say was, “But what will I wear in jail?”

During the trial, her whole strange story finally emerged. She was not the heiress she claimed, although her maternal grandfather was in fact the founder of Samsung, Byung-Chul Lee. Lisette was actually the love child of Corine Lee and Yoshi Morita – a Japanese casino mogul.

She was born in Seoul, South Korea in 1981 and had been raised in the United States by a family friend in a relatively modest upbringing, but her parents across the ocean spoiled her and sent her money. However, the private boarding school, the modeling careers, and the celebrity boyfriends were are complete fabrications.

Lisette Lee pleaded guilty to conspiracy and possession with intent to distribute in June 2011. She was sentenced to six years in prison and fined $20,000. She still clung to her delusions after her arrest, even insisting the police who booked her put “heiress” as her occupation.

She’s now forced to wear the prison blue required of all inmates, but has colored contacts to match. She described her prison sentence as a “vacation at a government resort” that gave her time to polish up on her tennis and yoga.

Next, see these crazy Instagram photos posted by Mexico’s most feared lords. Then check out these absurd Pablo Escobar facts.