The unique peaks of Tianzi Mountain inspired the alien landscapes of "Avatar," and it's easy to see why. 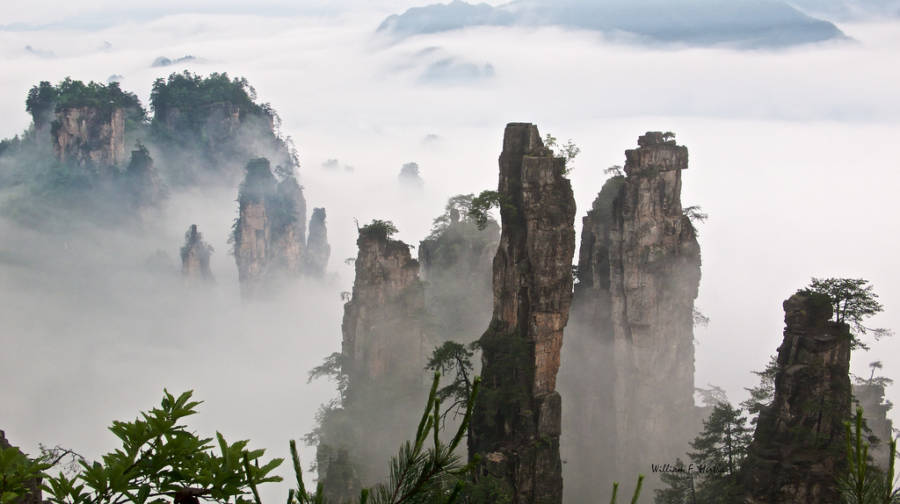 Often surrounded by mist, the tower-like peaks of Tianzi Mountain abruptly rise up from the tree-covered ground below to create a landscape like no other. These 21 square miles of mountain landscape located inside the Wulinyuan Scenic Area amid Zhangjiajie National Forest Park in the Hunan Province of China truly represent one of the most unique formations on Earth.

It’s all too fitting that when James Cameron needed inspiration for the alien landscape of “Pandora” depicted in Avatar, he turned to Tianzi Mountain. Discover more about how it formed and why it’s so unique below.

Tianzi Mountain is the product of millions of years of sedimentary rock erosion. Its ancient sandstone peaks, as old as 300 million years (sources vary), have been slowly carved out by water and wind. What’s left behind are the weathered, slender towers (some as tall as about 4,100 feet) that resemble skyscrapers more than a city landscape.

Furthermore, the erosion has created distinct, stratified layers that have developed different coloring and shape over the years of exposure to the elements. Meanwhile, younger and less eroded mountains also dot the rest of Zhangjiajie National Forest Park, further contributing to the unique variety of mountain formations found here. 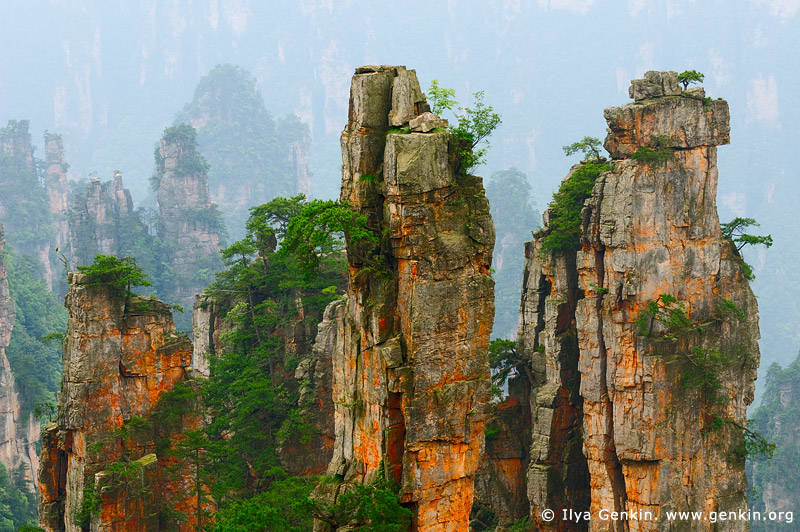 At the same time, the erosion happens at varying rates, which gives the Tianzi Mountain formations their jagged shape with ledges jutting out unevenly at different places around the rock.

It is on the towers’ jagged ledges that soil has accumulated over the years, thus allowing many different kinds of flowers, shrubs, and trees to grow up around the sides of the formations. In turn, the vegetation also attracts wildlife, particularly the many kinds of birds who make their homes among the trees.

Trees likewise line the forest surrounding the mountain — although the Tianzi landscape boasts more than just this forest. Because acidic rain and erosion have carved away at the dissolvable limestone base of the mountain, its lowest levels are home to caves as well.

These caves are themselves home to underground lakes and rivers. However, because the limestone is so soft, the caverns can be unstable and prone to both sinkholes and cave-ins.

The Legend Of Tianzi’s Origins 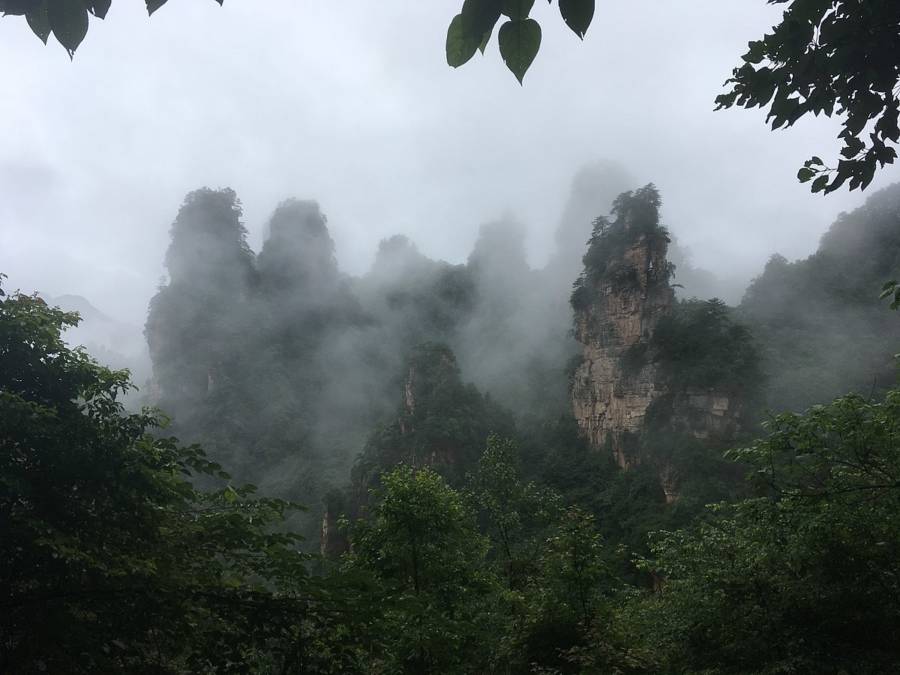 According to legend, Tianzi Mountain gets its name from an ethnic Tujia man named Xiang Dakun. The Tuija are an ethnic minority, and in the 1300s, Xiang Dakun led his people in a peasant uprising. He and his men fought against the Emperor’s soldiers for 40 days before they were finally defeated and he was killed.

According to some legends, Xiang Dakun fought until he was forced back to the edge of the mountain’s cliff and then fell to his death. After his death, his lover covered the cliff with flowers, which supposedly explains the flowers that cover the ledges today.

Another legend states that the Tianzi peaks are actually Xiang Dakun’s writing brushes, which turned to stone after his death. Those who visit the mountain would be able to visit the Yubi Feng, otherwise known as “Emperor’s Writing Brush Peak.” At this site on the mountain, three distinct rock formations of differing heights are said to bear a striking resemblance to writing brushes — the ones that once belonged to Xiang Dakun, or so the legend says. 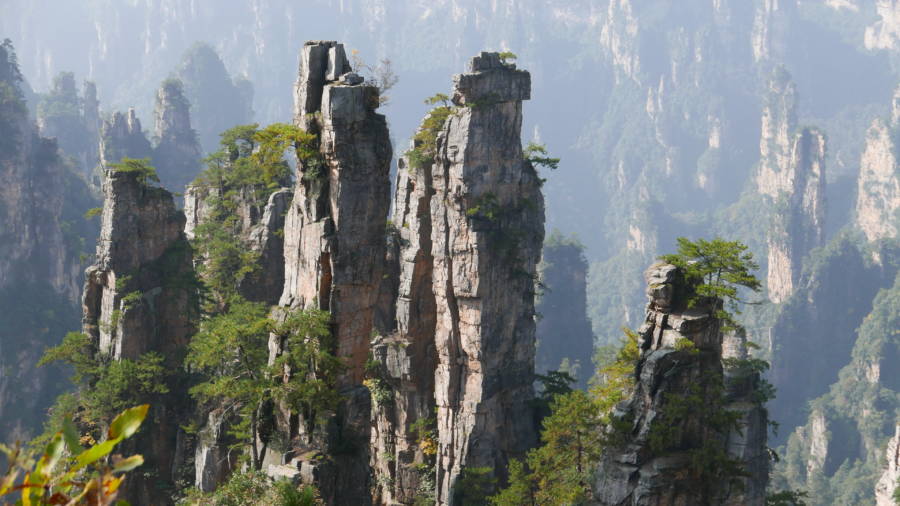 Finally, the legend is what gives Tianzi Mountain its name. “Tianzi” means “Son of Heaven” and is a title usually reserved for the emperor. But, in revolt, Xiang Dakun chose to reappropriate the name by calling himself “Tianzi.” While the mountain takes this name it is also sometimes fittingly referred to as Emperor Mountain.

Whatever we call it and whatever its origins, the fact remains that Tianzi Mountain is one of the most uniquely stunning landscapes on all of planet Earth.

After this look at Tianzi Mountain, experience more of China’s natural wonders including its hanging coffins and the rainbow mountains of Danxia.