In an attempt to make Barbie more realistic, a graphic designer has made Lammily, the average Barbie. The problem? Barbie was never meant to be average. 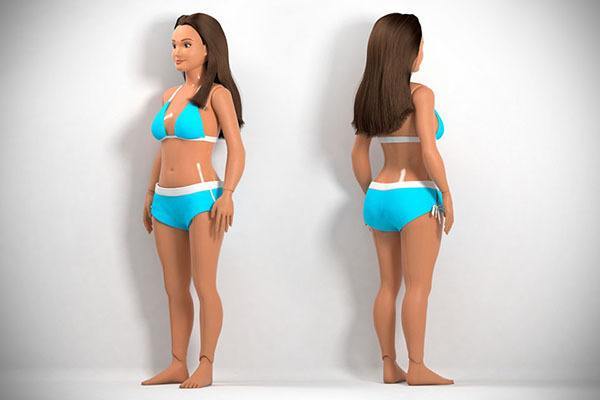 This week, a Barbie alternative designed in the image of the “average nineteen-year-old girl” went on sale.

Lammily, as she’s called, was designed by a young, male graphic designer named Nikolay Lamm. At first, Lamm only set out to find the average proportions for today’s “average” young woman and compare them to Barbie in the form of an infographic. The image soon went viral and Lamm was inundated with commentary. People wanted to buy a doll that looked like this “average” Barbie. So, he created her. –>

As a concept and a product, Lammily has received a warm reception overall, but some have noted that calling anyone average is setting an unfair precedent.

Lammily is of an athletic build, she’s a brunette, caucasian and boasts a stylish Gap-esque wardrobe. Though she is all peaches and cream skin tones, you can buy stickers to accompany her that include stick-on cellulite, blemishes, scars, and pimples. It’s a nice gesture, but the overarching theme of average is beautiful still doesn’t settle right with some reviewers. Any time you say “this is what’s average”, you’re creating a singular ideal.

I’m a little older than Lammily, a few years deeper into my twenties. I’m not athletic. I don’t have a stylish J. Crew wardrobe. Like most of my peers, I wear a lot of sweatpants and leggings, sometimes don’t wash my hair, have plenty of weird scars and blemishes every day of my life, haven’t ever had a flat stomach even when I was dancing thirty hours a week and was in fabulous shape, and I can assure you Lammily’s line of accessories don’t include a bottomless cup of coffee, a pack of American Spirits, several prescription medications, and birth control. That would be a fairly accurate representation of most of the young women I know in real life. 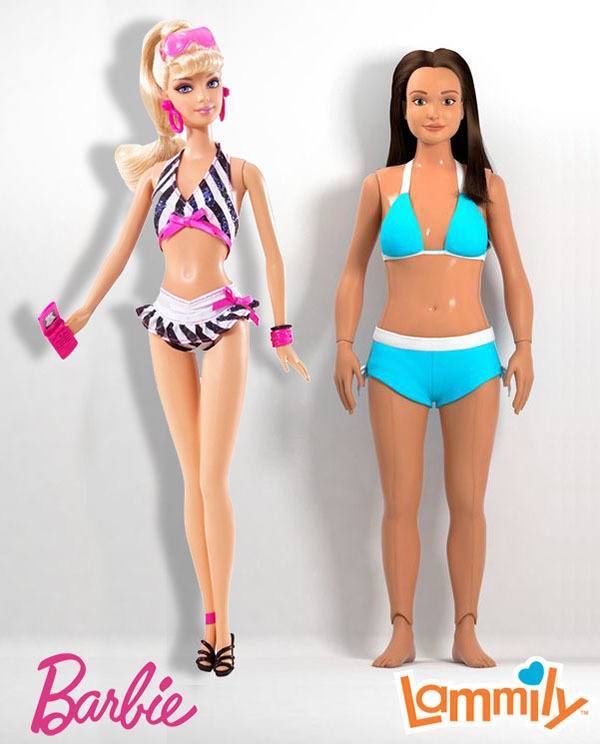 For all her faults, Lammily does pose a rather stark contrast to Barbara Millicent Roberts, better known as Barbie.

The History Of Barbie

For decades the doll has been lambasted for setting unrealistic expectations about body shape and size for young girls, a fate that her creator never set out to have ascribed to her. The designer of the original doll, which appeared first in 1959 at a toy expo, was a woman named Ruth Handler. Handler was inspired to create the doll after seeing her young daughter (named Barbara, of course) play with paper dolls.

While paper dolls may be long forgotten for little girls of today, they were all the rage in the 1950s. Handler would watch her daughter and friends play make-believe with these one-dimensional dolls and “experiment with the future from a safe distance”, ultimately making Handler want to create a doll for them that, unlike the limits of paper, could assume an infinite number of careers. Considering that most girls at that time expected to grow up and be a housewife, nurse or teacher, Handler’s thinking was pretty progressive.

Believe it or not, Barbie’s out-of-this-world proportions were meant to serve a functional—not “standard setting”—purpose. Barbie needed to be able to change clothes easily and often – as often as a little girl changed her mind about what she wanted to be when she grew up. Barbie’s shape and dimensions were reconfigured several times with the ones designers ultimately settled on being chosen because a sleek shape, perpetually arched feet and perky bosoms made it very easy for clothes of all kinds to be put on and taken off – which is exactly what girls wanted to do with the dolls.

As Barbie took off, Handler’s company, Mattel, found that Barbie variations were in high demand- but not because people thought Barbie had an unrealistic body type.

As the decades wore on and young girls became interested in a wider variety of careers, Barbie’s body had to accommodate all kinds of costumes. In truth, Barbie was never meant to be about the physical doll; she was all about the outfits, and what those fashions represented to the girls who played with them. 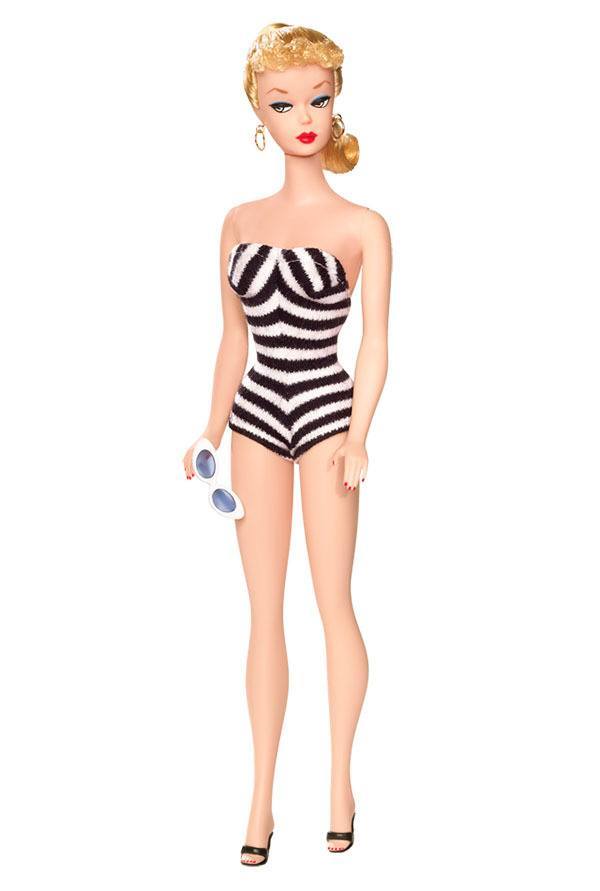 Kim Culmone, the current design manager for Barbie, drives this point home in a Mother Jones interview, adding that when one is trying to make very tiny clothes that make sense on a small scale, Barbie’s proportions have to be a little wonky in the end.

In many ways, Barbie was really the prototype for all dolls that weren’t in the category of soft, plush baby dolls. While baby dolls had been touted by children for many years before, when Barbie was first produced, there weren’t any older dolls on the market. Barbie didn’t have to conform to any design standard because there wasn’t one. She was, in the same way baby dolls were floppy and filled with stuffing, never meant to represent reality. She was simply a toy.

Of course, Handler couldn’t have known that Barbie’s gargantuan success would lead to actual scientific studies claiming that she had a negative impact on the body image of young girls. In Handler’s mind, Barbie was merely a three-dimensional paper doll. Though, the doll’s emergence into the three-dimensional world may have made her more vulnerable than, say, her paper contemporaries, when it came to being accused of influence. 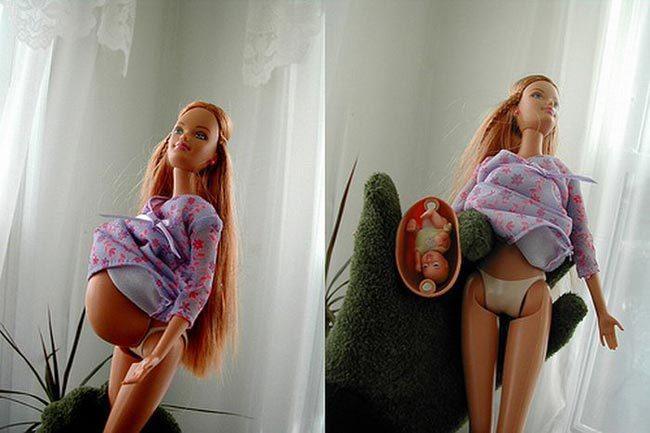 Barbie was also “coming of age” during a time of major social and political shifts for women, which also contributed to her being viewed by many as more than just a toy. At once, she was both a problem and a promise of the modern female condition: Barbie could be a 1980s businesswoman, a fun and fearless young woman in the 90s—literally anything she wanted—but she did so with a large chest, tiny waist and waist-length blond hair.

In any case, Barbie’s fashions and career aspirations have reflected the progress of women in America over the past fifty years: 5.2% of Fortune 500 companies are now headed up by women, the United States Cabinet has had 31 women in official positions and while it might have been less likely at the time of Barbie’s conception for a woman to graduate college, women now outnumber men by nearly 8% when it comes to postsecondary education.

Is There Room For Lammily?

Next to Barbie, this girl-doll of today might look like a stouter cousin. At $25, she’s priced in the same ball-park as your average Barbie, meaning that she’s likely to be purchased this holiday season by the same demographic of parents who have, for decades, purchased Barbies. 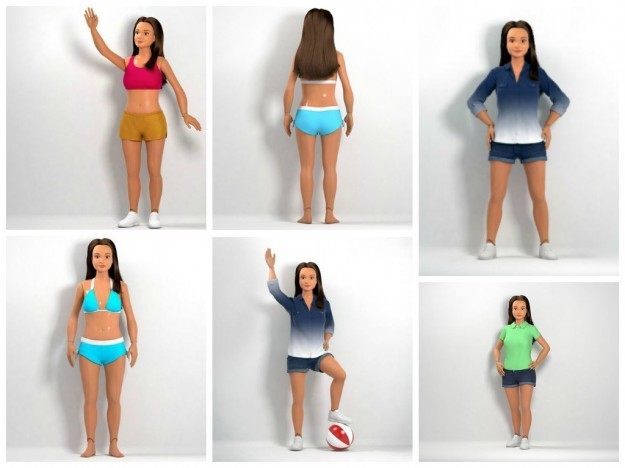 In an interesting juxtaposition of purpose, Lammily is a doll designed to “look like normal, average girls” presumably doing normal things. Barbie was never intended to be average – she was meant to represent the extraordinary possibilities and opportunities that a girl might dream of – she could be an astronaut, a mother, a dentist and a rock star all in the same half-hour.

Lammily, on the other hand, if she’s meant to truly represent the “average American 19 year old girl” would probably sleep until noon, drink a lot of coffee, carry an expired Adderall prescription, sext her boyfriend, drink PBR and wear nothing but sweatpants and a messy bun. None of that’s necessarily bad, but it’s not all that extraordinary, either.