Millennia ago, the Romans split Spain's mountains in search of gold. Here's what the world heritage site known as Las Médulas looks like today. 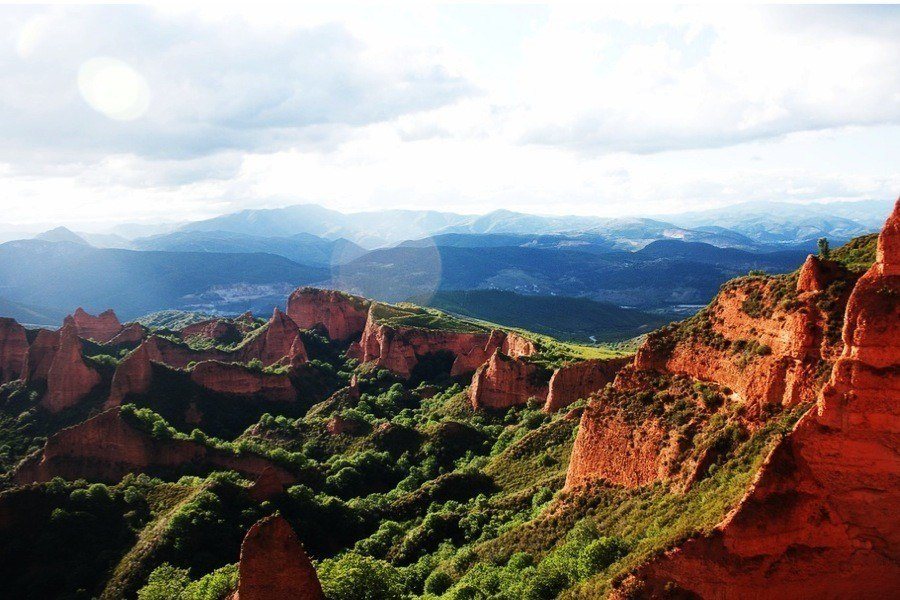 Las Médulas is a place of profound beauty with a surprising past. Source: Flickr

The Romans marched into Iberia in the second century BCE. The ruins of their architectural achievements are still scattered around the country in Segovia, Mérida, Tarragona, Zaragoza, and many other places.

Las Médulas also bears a quiet testimony to the power of the empire. The mining site is located in the northwest of Spain, near where the region of Castilla y León meets the border of Galicia. The landscape here rises and falls in low, green mountains with slashes of orange cutting across them. These orange slashes are the scars of the Roman mining operations from over 2 millennia ago.

Las Médulas is where the Romans searched for gold. And they found it by tearing through the mountains of this verdant corner of Spain. According to ancient estimates, the Romans removed around 20,000 libra of gold from Spain each year, which converts to about 6,600 kilograms or 14,500 pounds. At current prices, this amount of gold is worth more than $27 million. 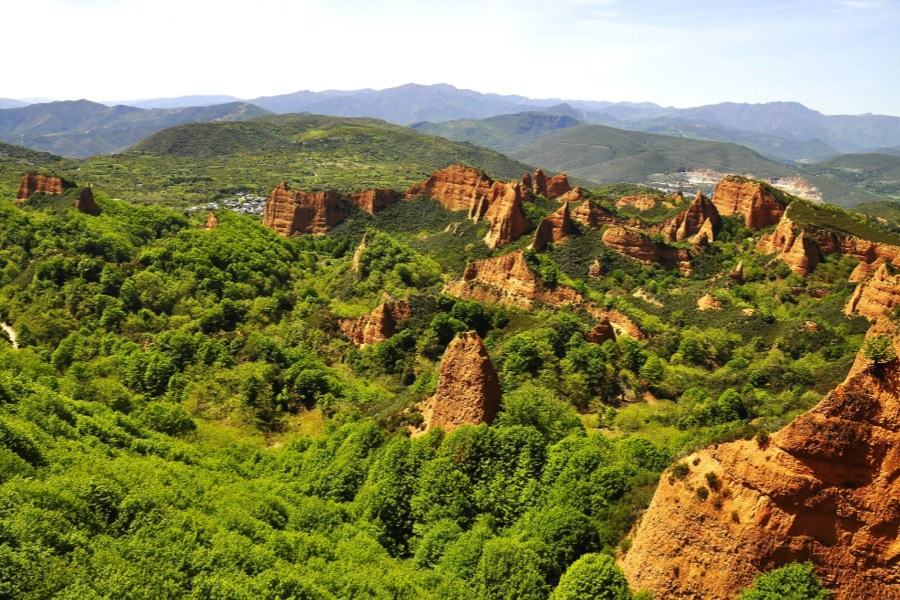 To get to the veins of gold inside, the Romans would split these mountains apart. Gaius Plinius Secundus, more commonly known as Pliny the Elder, served as a Roman procurator in Spain in the 1st century and in his encyclopedic Natural History, he describes two methods for breaking mountains to bits, both of which would have been used in Spain. 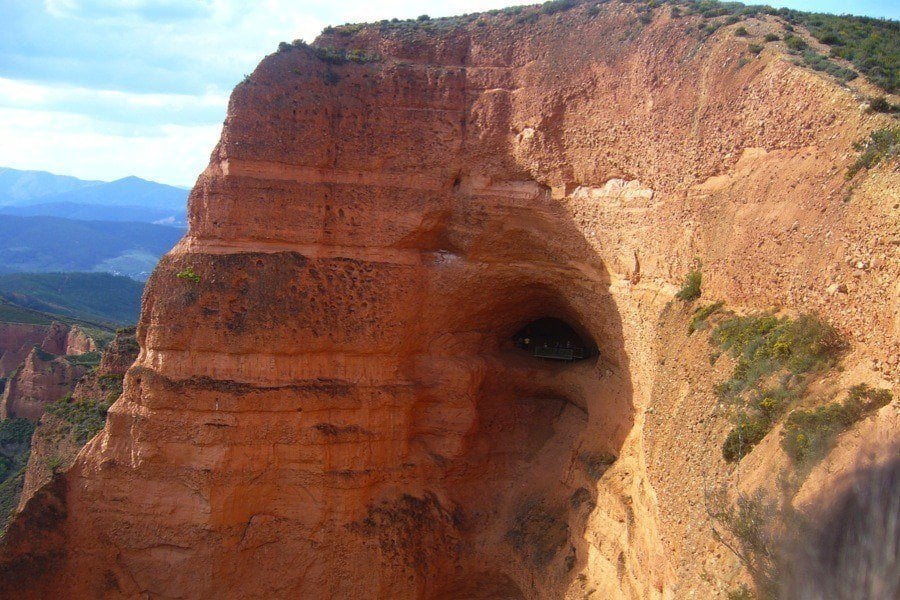 In the first, workmen dug large gallery rooms deep into the mountains: think of an enormous underground parking garage held up only by wooden arches. According to Pliny, the men worked in these galleries of ore “for many months” without seeing the light of the sun.

They harvested as much gold and metal as they could and then, when it seemed the resources had been depleted, they evacuated. A sentinel would then give an order to pull out the wooden beams beneath the arches that supported the weight of the mountain. Pliny describes what happened next:

The mountain, rent to pieces, is cleft asunder, hurling its debris to a distance with a crash which it is impossible for the human imagination to conceive; and from the midst of a cloud of dust, of a density quite incredible, the victorious miners gaze upon this downfall of Nature. 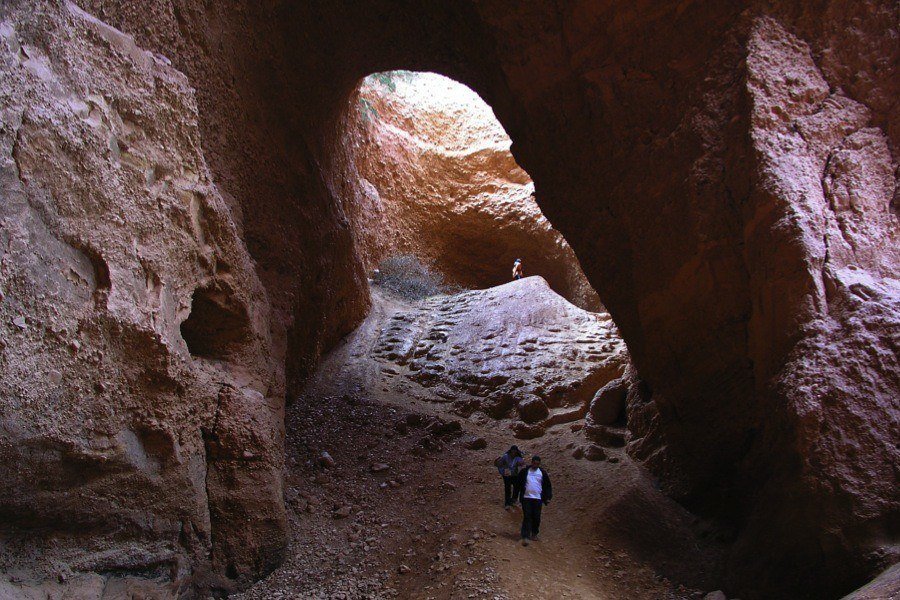 Visitors to Las Médulas walk through the ancient tunnels the Romans flooded with water in search of gold. Source: Wikimedia

The second method involved channeling water from the snowmelt of taller mountains or from nearby to the mines. At least seven long aqueducts were used for this purpose at Las Médulas. The goal was, in some cases, to fill a deep reservoir above a mine, then release the dam and let the water violently crash into the mine and wash away the dirt and rock that covered the gold.

At other times, the Romans bore deep, narrow tunnels into mountains at precise intervals and then flooded them all at once. The intensity of the water pressure caused the bases of the mountains to crack and collapse. The sides of the mountains would fall away like unsteady sandcastles, exposing the veins of gold within. 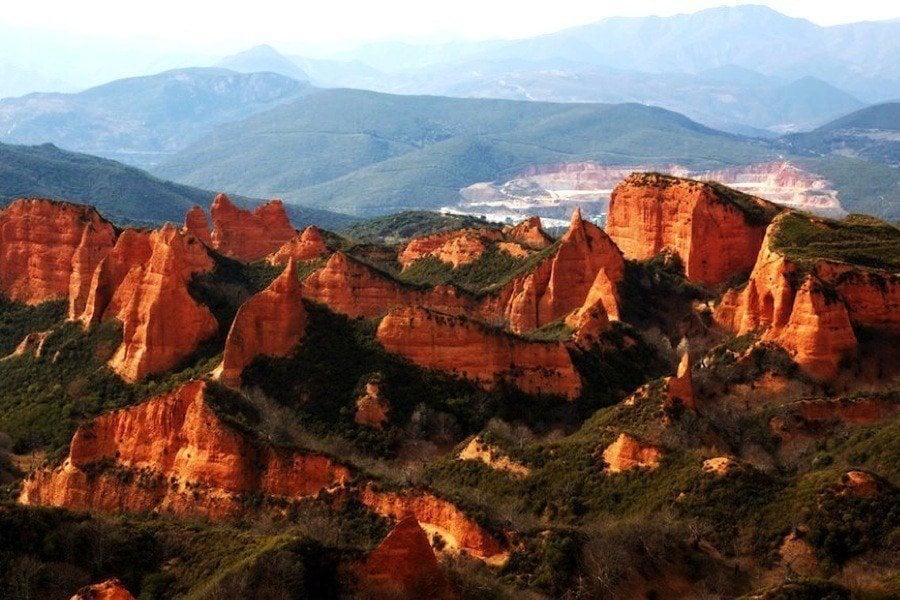 As destructive as this process was, what it left behind is spectacular. The strange, sublime beauty of these massive orange curtains draping the green mountains in this part of Spain draws thousands of visitors every year. In 1997, UNESCO added Las Médulas to the list of World Heritage Sites of “outstanding value to humanity.”

The violent, shaking sounds of cracking mountainsides went silent around 1,800 years ago. Today, Las Médulas is a place to connect with the natural world and to contemplate humanity’s past and present exploitation of the earth.