Raw photos from the days when a policeman could hold the prisoner in a headlock while the mugshot was being taken. 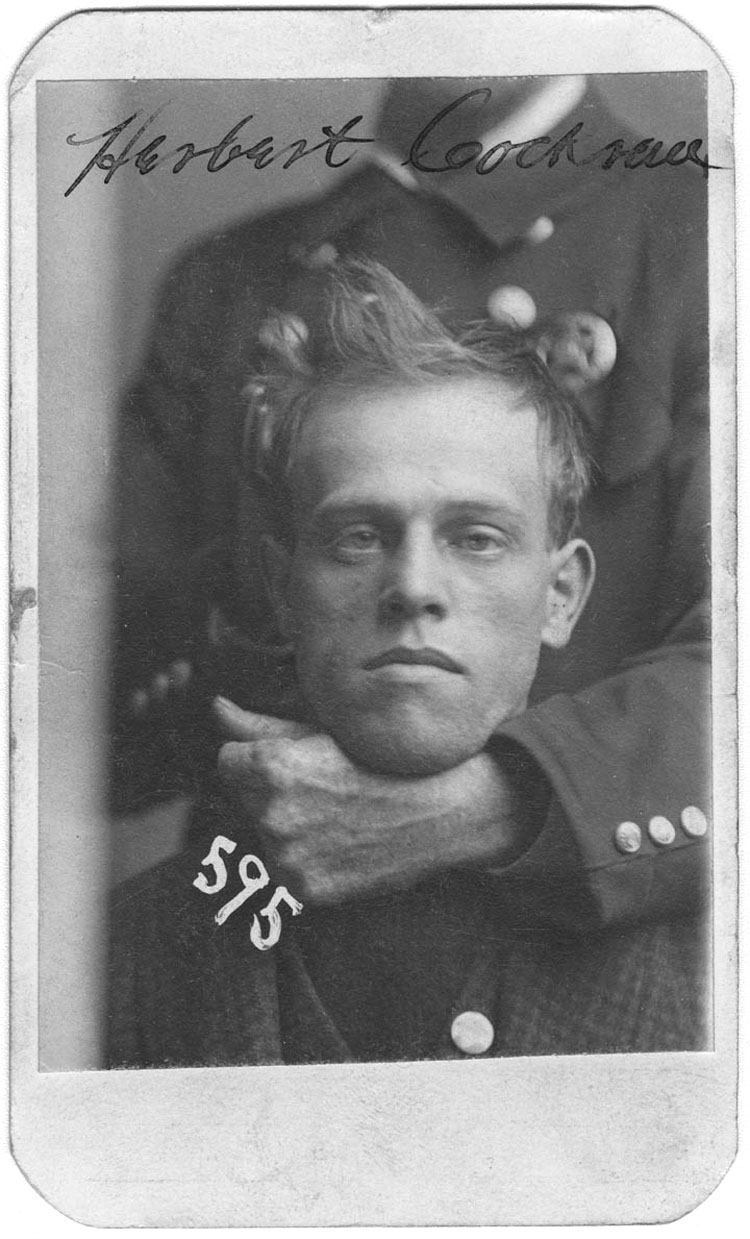 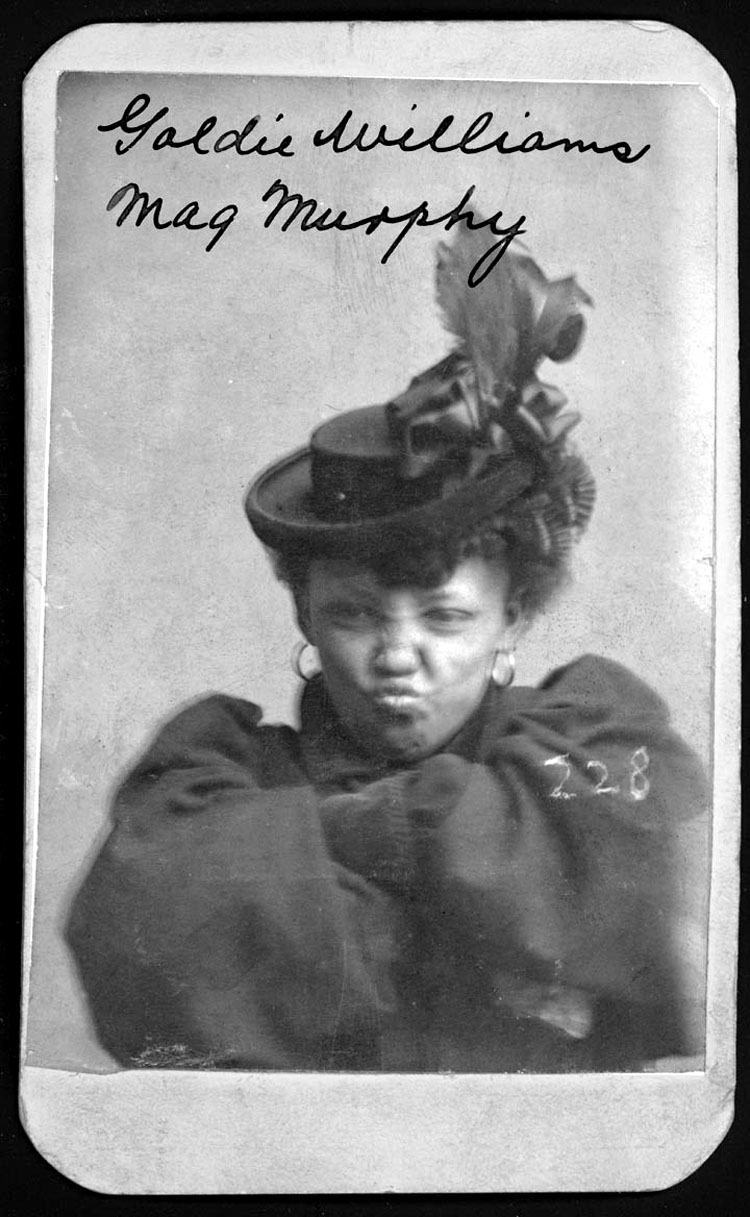 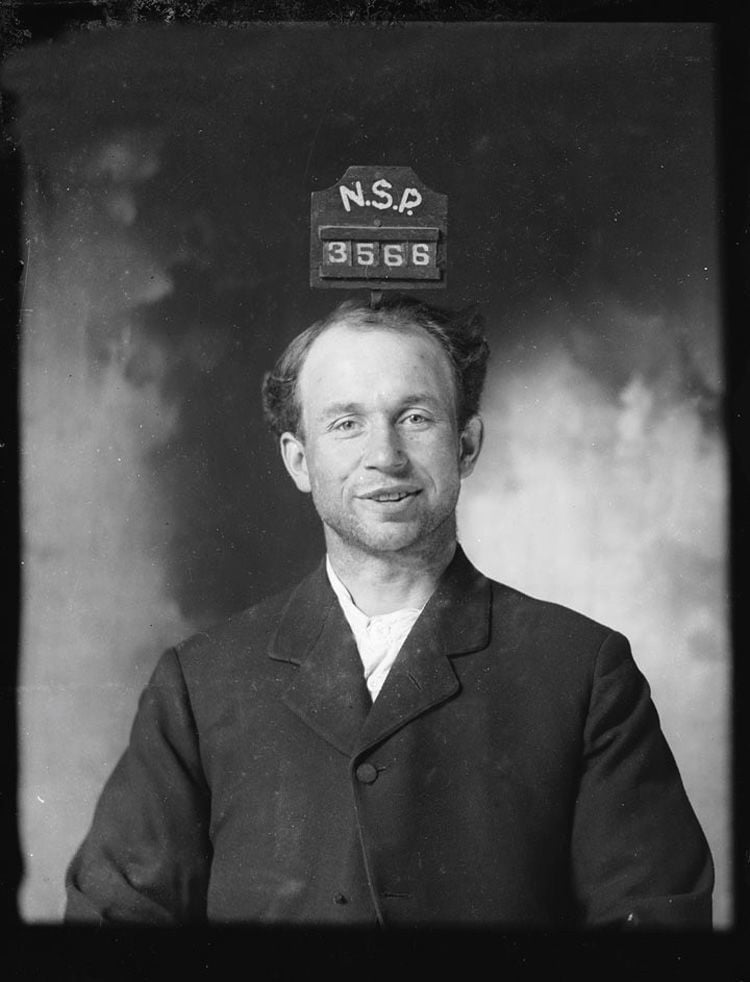 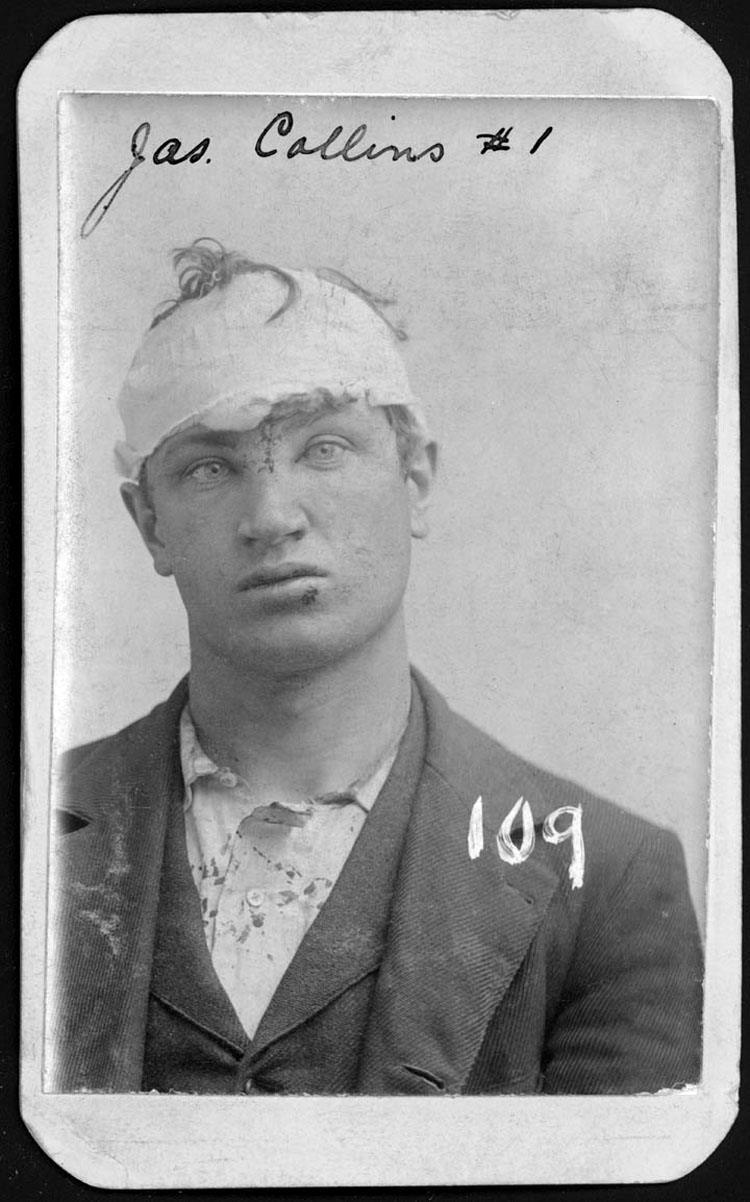 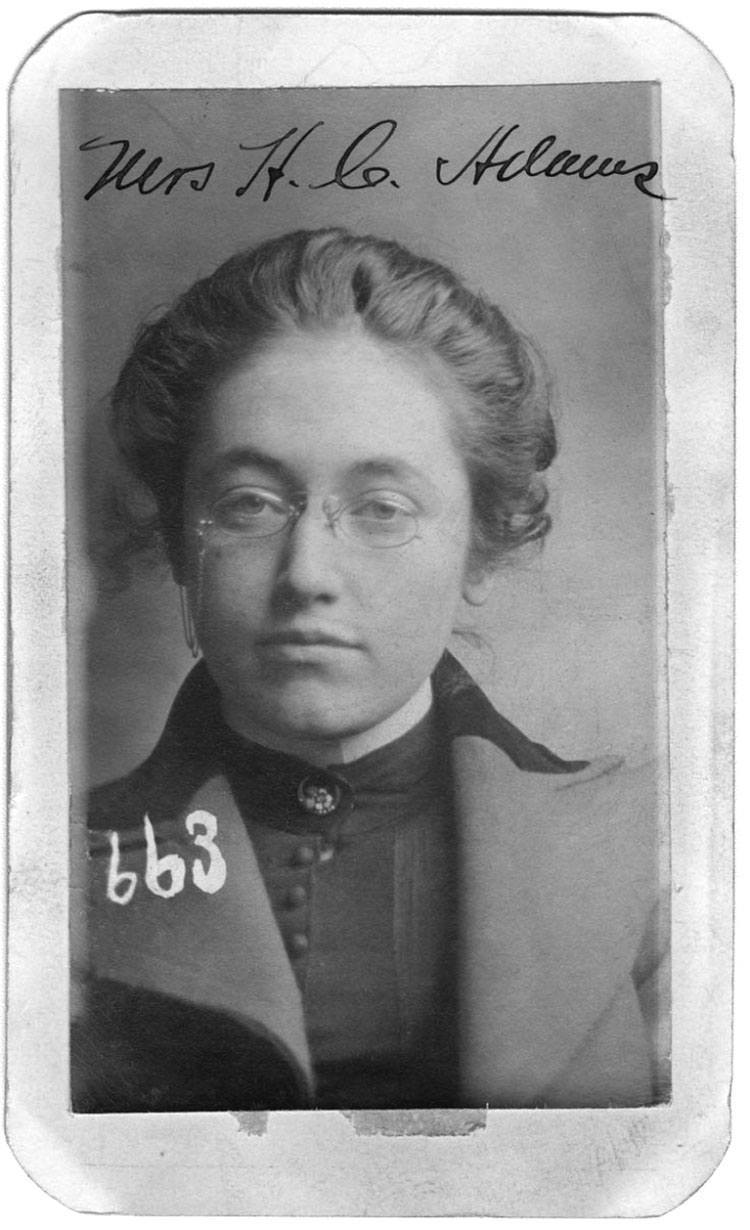 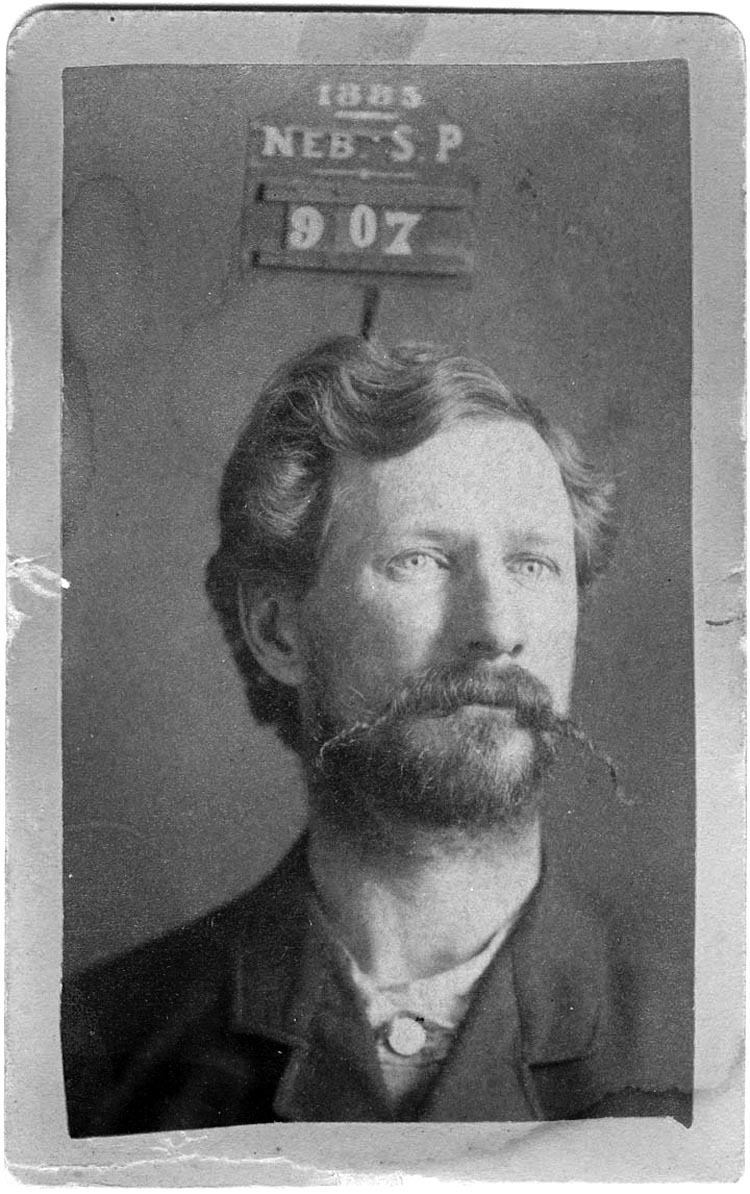 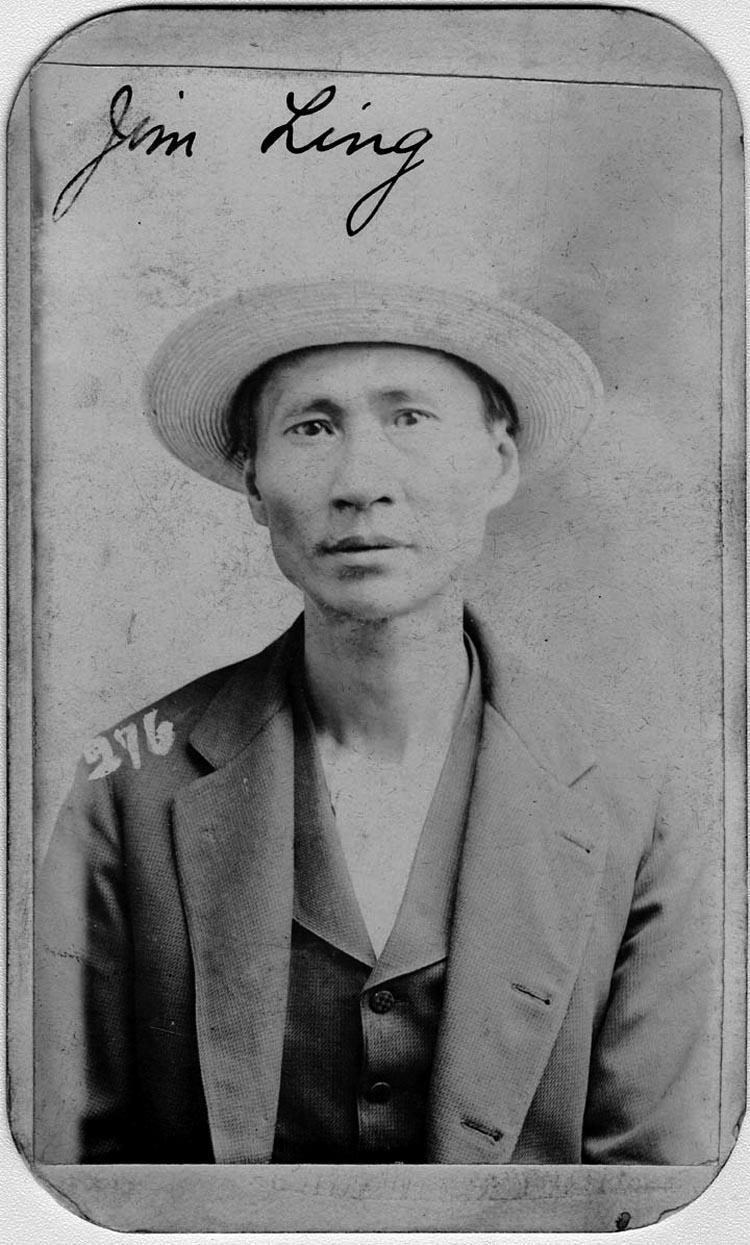 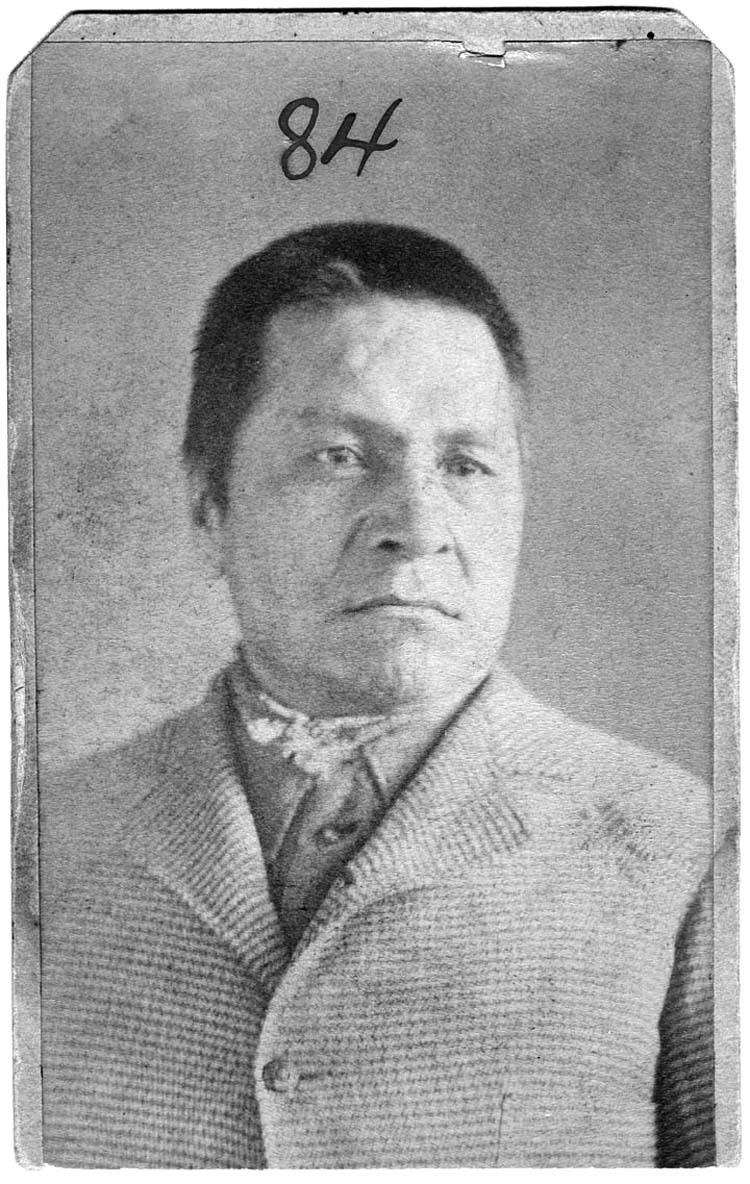 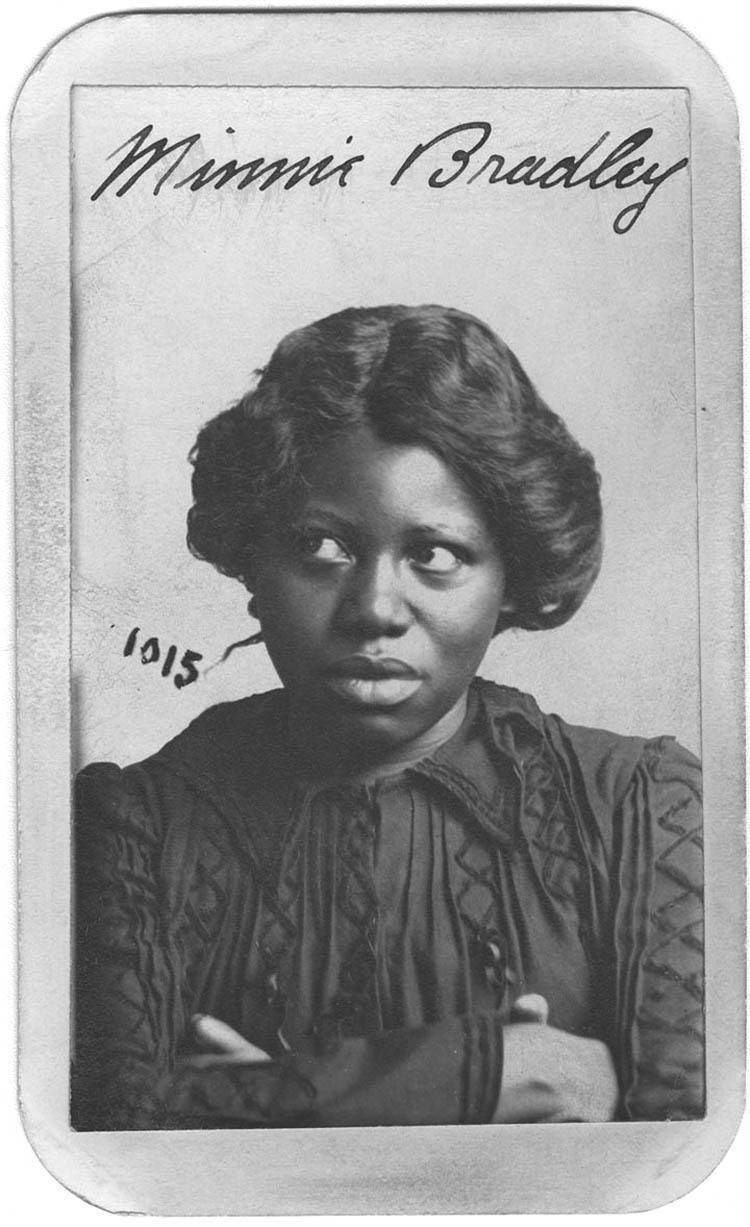 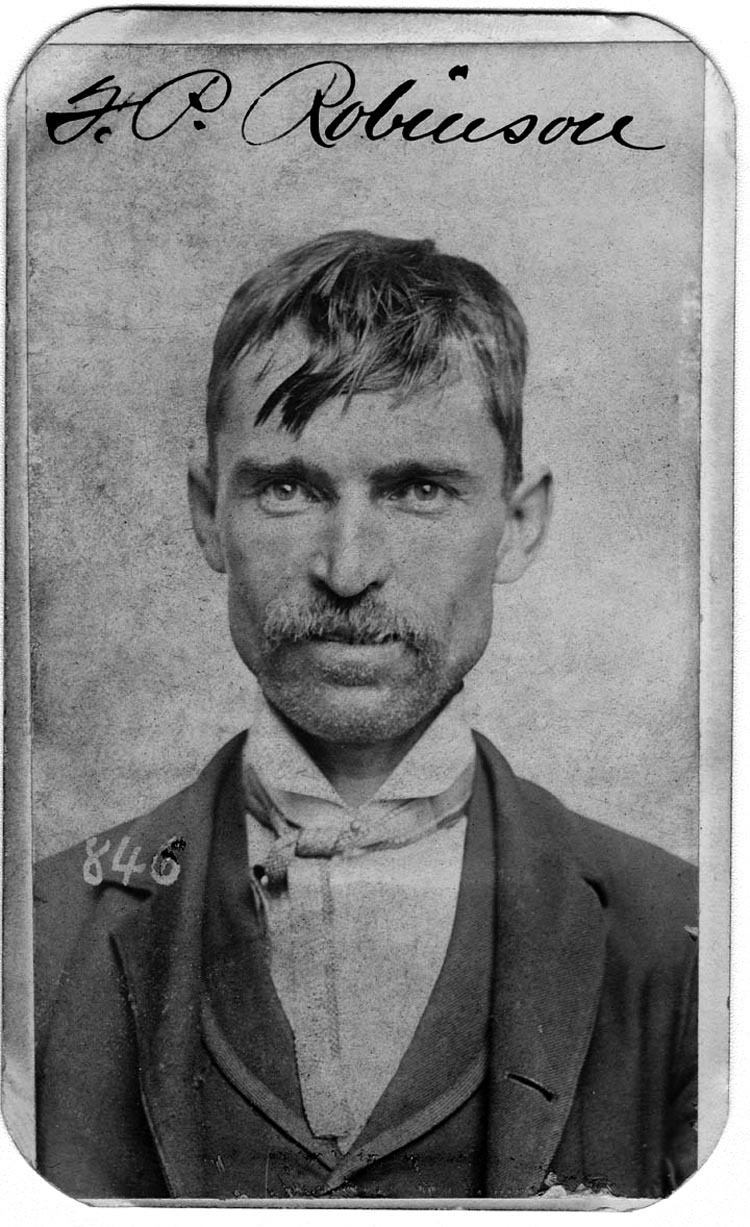 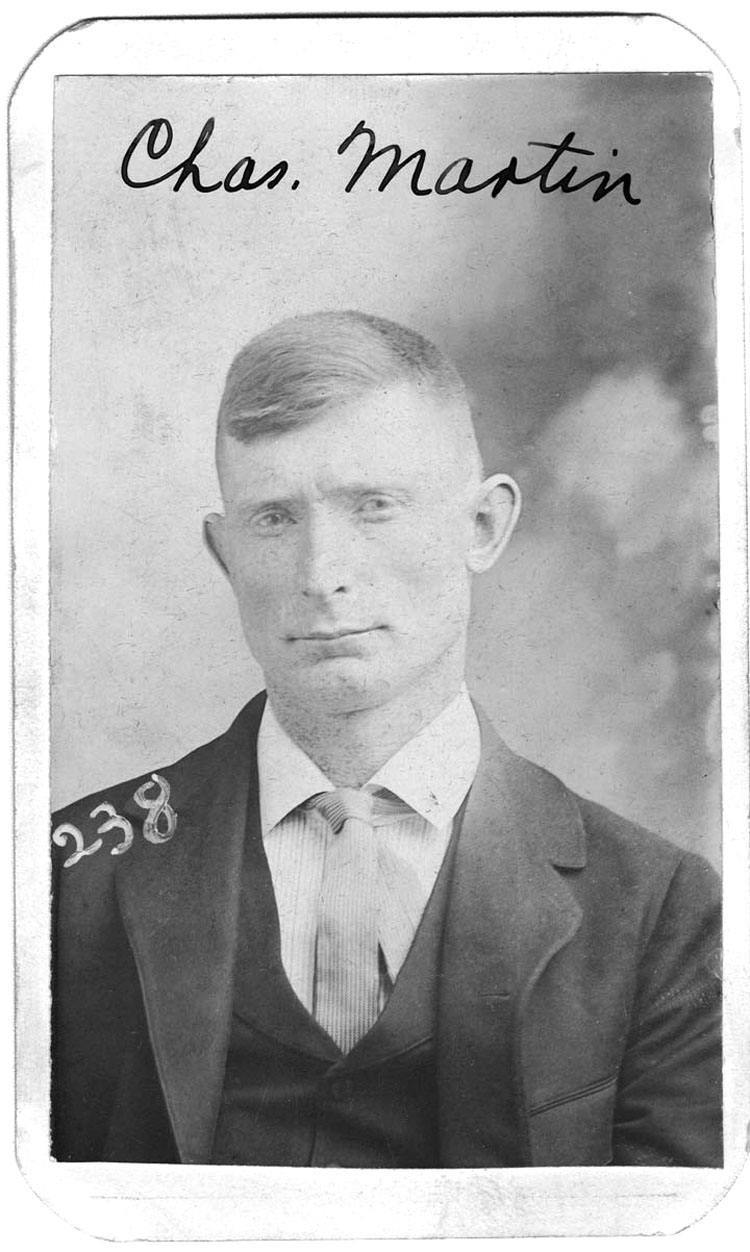 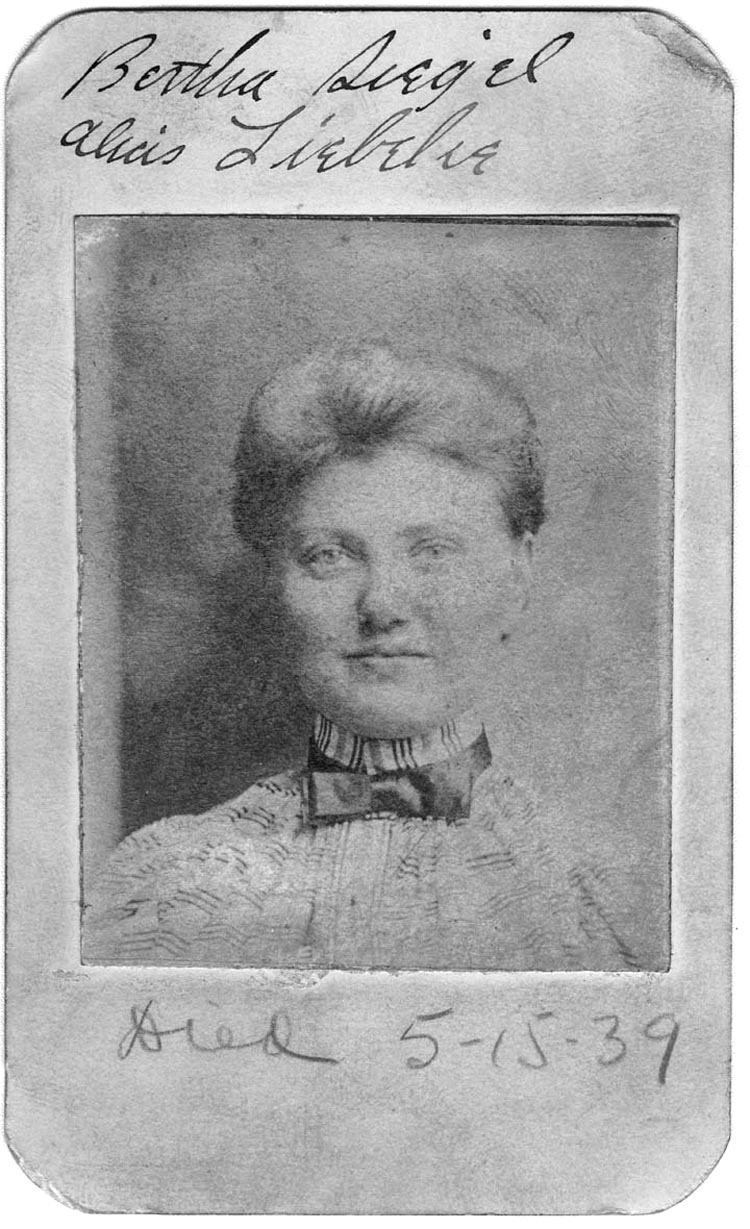 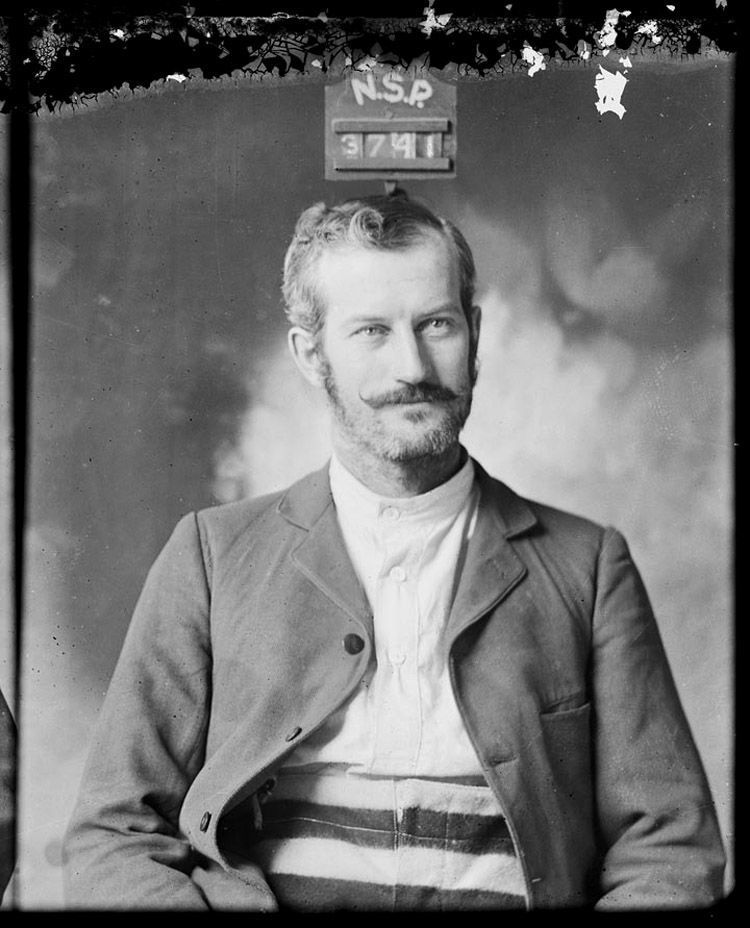 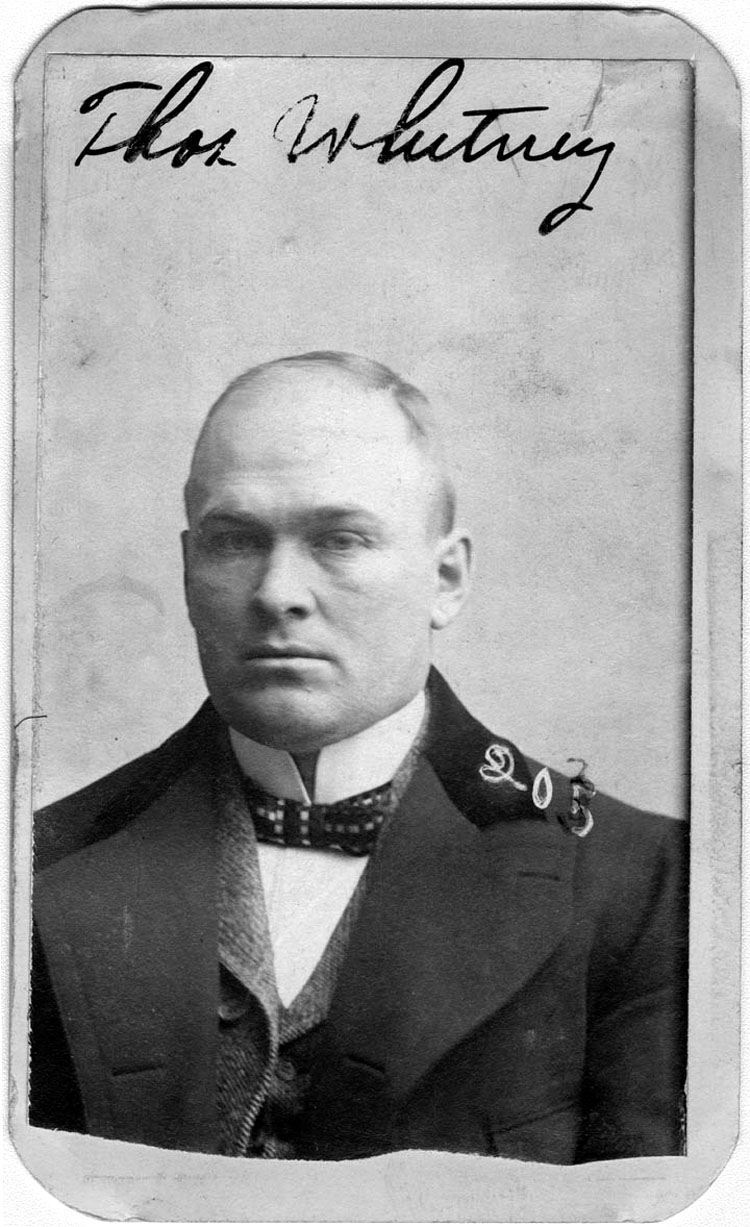 1 of 16
An unidentified member of the Omaha police force holds Herbert Cockran in a headlock during his mug shot in November 1899. Cockran was arrested on burglary charges.Nebraska History
2 of 16
Goldie Williams, arrested on January 29, 1898. The five-foot tall, 110-pound woman was defiant upon her arrest for vagrancy. Williams reported her hometown as Chicago and her occupation as a prostitute.Nebraska History
3 of 16
George Ray’s 1890s mugshot is rare in that the prisoner is smiling. Not only did most arrestees have little to smile about, the length of time it took for the exposure to develop made it even less likely that a recently incarcerated person would hold a grin.Nebraska History
4 of 16
James Collins, a 23-year-old tailor, is shown in his mugshot with a bandaged head after being arrested for burglary, escaping, and promptly being rearrested on May 12, 1897. Nebraska History
5 of 16
Looks can be deceiving. Mrs. H.C. Adams looked every bit the typical Victorian lady when taken into police custody, but her elegant hairstyle and proper, wire-rimmed glasses hid a darker reality. Adams was arrested in Omaha on April 12, 1900 for blackmail. She listed her residence as Palisade, Nebraska, and her occupation as a prostitute.Nebraska History
6 of 16
Albert Johnson arrives at the Nebraska State Prison sporting an impressive handlebar mustache in March 1885. He was sentenced to 18 months in prison for grand larceny. Johnson’s hair and luxurious mustache were shaved off by officials due to a lice scare.Nebraska History
7 of 16
June 3, 1898. At five feet, six inches and a meager 104 pounds, Jim Ling had a listed occupation of “Thief.” Ling was arrested for running an opium joint. Nebraska History
8 of 16
In 1872, James Whitewater killed two men. While in prison (until 1889) he embraced Christianity. That same year, the Nebraska legislature passed an act allowing the governor to pardon two inmates who had "been in jail more than 10 years, or whose conduct while incarcerated merited such mercy." When released, Whitewater walked through the prison gates and "rolled in the grass from joy."Nebraska History
9 of 16
Minnie Bradley refused to look at the camera in her Omaha Police Court mugshot on December 13, 1902. She was arrested for "larceny from a person" and her booking record noted that she wore a wig.Nebraska History
10 of 16
J.P. Robinson, 1901. “Robinson attempted to pay for a glass of beer in a lower Douglas Street saloon in Omaha with a Mexican dollar, on Nov. 21, 1901. The beer cost only a nickel and Robinson received 95 cents of American money in change. At the time, the foreign dollar looked very similar to the American currency, but was only worth about 45 cents. This clever money scam left Robinson 50 cents and a glass of lager ahead of the game, until he was arrested."Nebraska History
11 of 16
Three burglars blew up a safe located in a bank vault in Sheridan, Missouri on the night of February 15, 1898. Charles Martin was among them and was eventually captured after a multi-state chase.Nebraska History
12 of 16
Bertha Liebbeke was reported to be one of the Midwest's most notorious pickpockets. She would search out a well-dressed man--ideally with a diamond-studded lapel pin -- stumble into the man, and pretend to faint and fall into his arms. While the hapless man attempted to help her, Bertha would relieve the gentleman of his valuables or wallet. This trick earned her the nickname "Fainting Bertha." May 1903. Nebraska History
13 of 16
“A double murder rocked the tiny town of Odessa, Buffalo County on the night of December 4, 1899. Lillian Dinsmore was found dead in the kitchen of the house in which she and her charismatic husband Frank L. Dinsmore boarded. Fred Laue, the boarding house owner was shot in his bedroom...Unhappy in his marriage, Dinsmore supposedly plotted to kill his young wife and murder Laue.” –Nebraska State Historical SocietyNebraska History
14 of 16
Typically there would be three mug shots taken of each male prisoner; one before the head was shaved, and a both full-faced and profile image after their hair was removed. Females had only a full-face and profile image and did not have their hair cut. Nebraska History
15 of 16
Thomas Whitney advertised his clairvoyance and palm reading services in Omaha newspapers. One of his customers proved to be unsatisfied with the readings and he was arrested for obtaining money under false pretenses in December 1915.Nebraska History
16 of 16 The advent of photography revolutionized the criminal investigation process, giving police the ability to capture vital details of criminals faster than ever before. The mugshot as we know it today came into being in the 1860s, as police began to photograph individuals placed under arrest. As with most American "inventions," we borrowed from the British in creating the phrase: at the time, the word "mug" was British slang for one's face.

The mugshots featured below were taken in the late 1800s and early 1900s in Nebraska.

At the time, Omaha was a hotbed for crimes of all sorts: gambling, prostitution, and grafting. These photos offer a humanistic perspective on crime, as well as an opportunity to take note of how attitudes toward certain crimes — and their appropriate punishment — have changed over the years. see for yourself in the gallery above.

Next, take a look at some of the most famous mugshots throughout history. Then, see some more incredible vintage mugshots that bring the past to life.