U.S. census maps to topple your assumptions and beautifully illustrate who we are, how we live, where we came from, and where we're going. 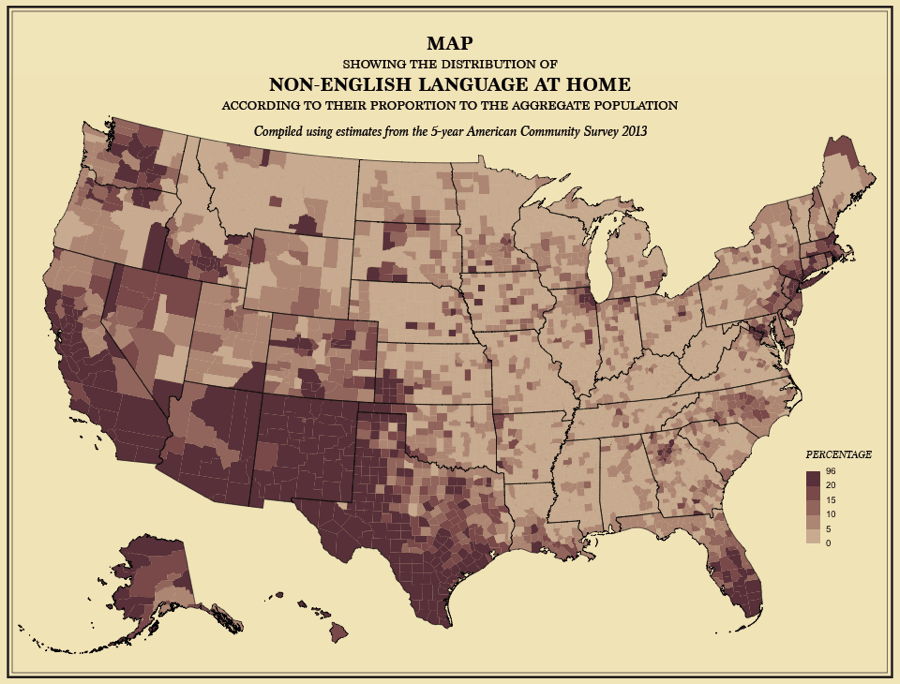 In 1874, the U.S. Census Bureau published the Statistical Atlas of the United States. For the first time, essential information about who we were, where we lived and how we lived was available in the form of user-friendly U.S. census maps that could be accessed by all.

The Bureau continued to publish atlases after each census until 1930, when the powers that be decided to cease production. In fact, no such atlas was produced again until 2007, when the Bureau published the Census Atlas of the United States, based on the results of the 2000 census. But with no plans in the works for an atlas based on the 2010 census (with only some U.S. census maps made available and hardly anyone else stepping up), one intrepid statistician, Dr. Nathan Yau of FlowingData, took matters into his own hands.

Below are Yau’s elegant and endlessly fascinating homemade U.S. census maps, sporting a design similar to those in the original atlas nearly 150 years ago. Some of these maps will, no doubt, confirm your assumptions (population density). Others will upend them (proportion of non-citizens).

Others still will address issues about which you likely had no assumptions in the first place (cancer mortality). Some show how slowly the gears of history can move (population with French ancestry). Some show how fast the gears of history can move (English not spoken at home). And almost all show that, for whatever reason, Nevada is a major wild card.

In which the myth of the mountain man of the west proves true and America is still very, very white… 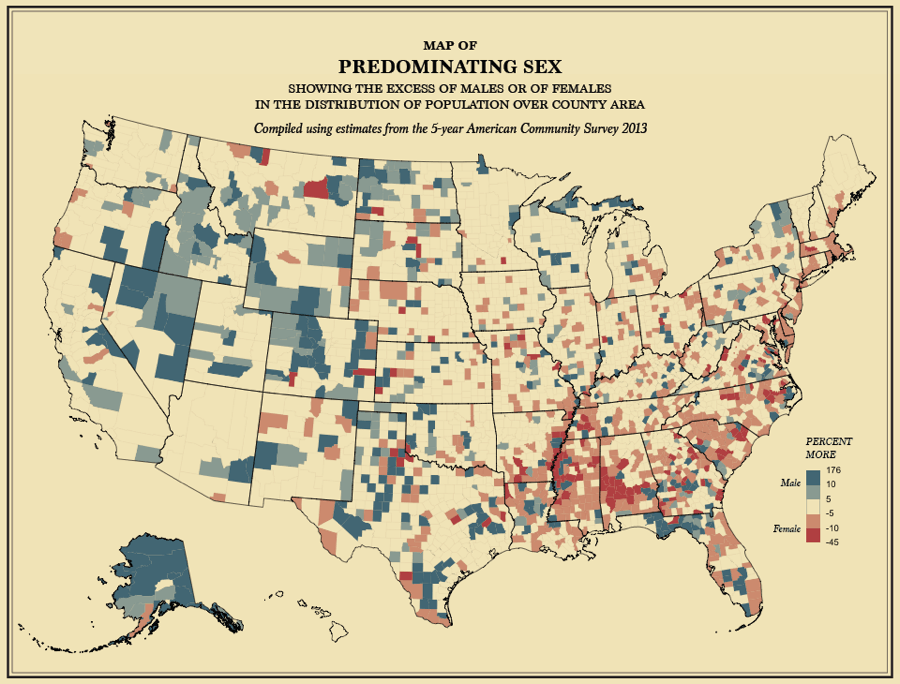 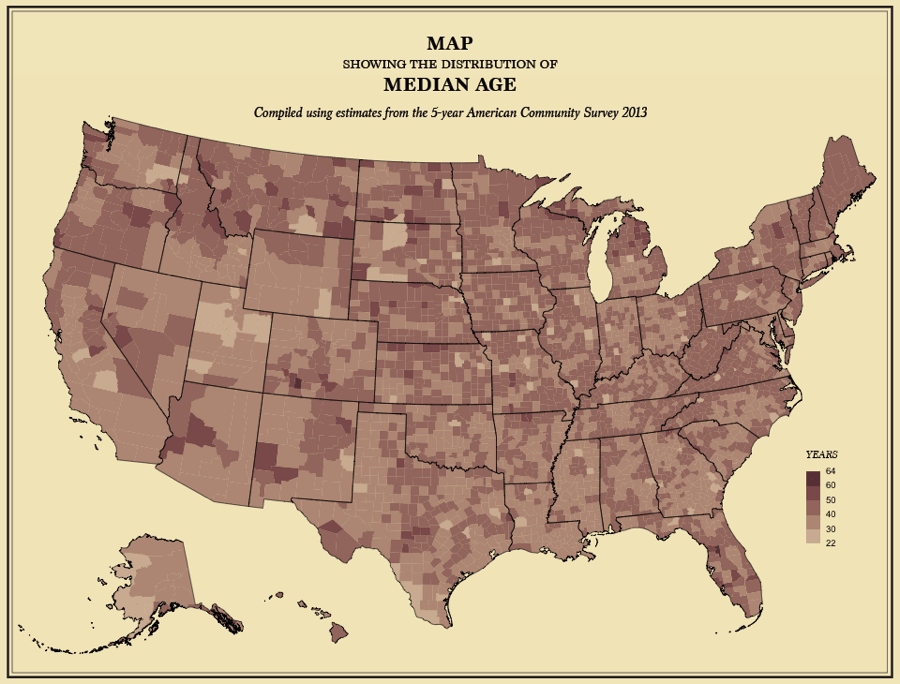 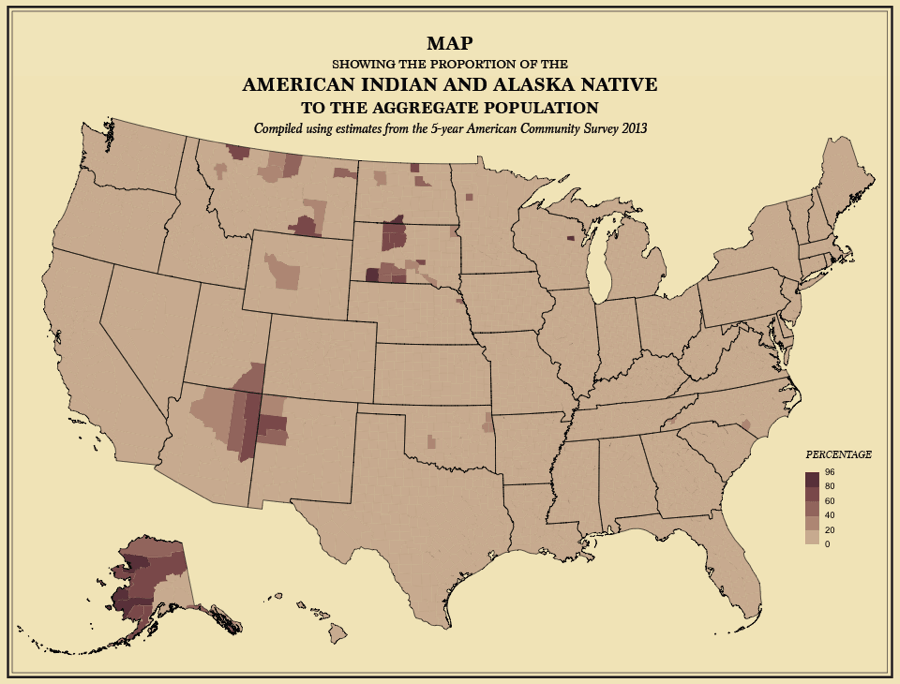 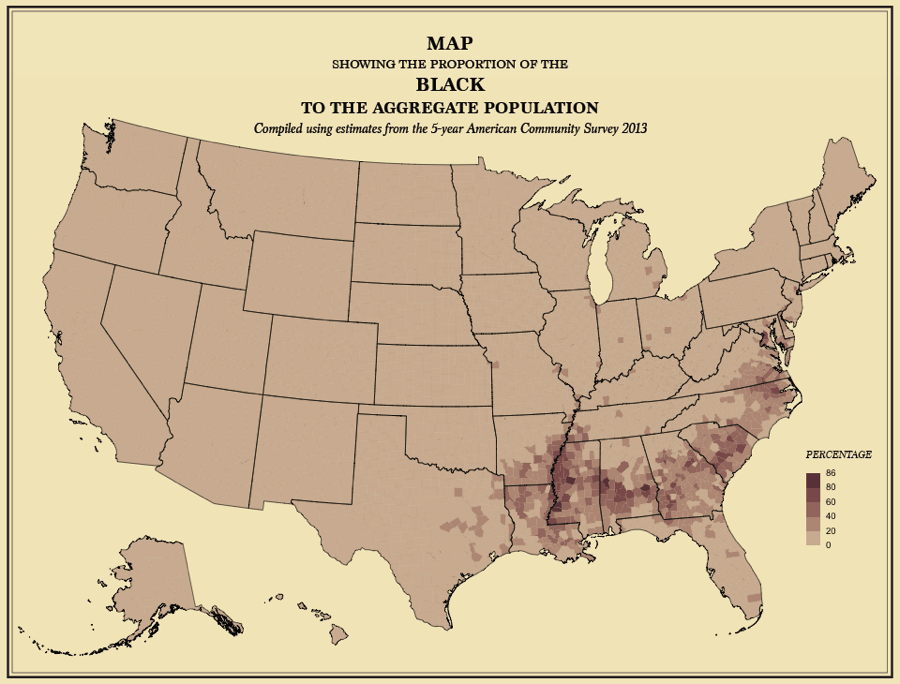 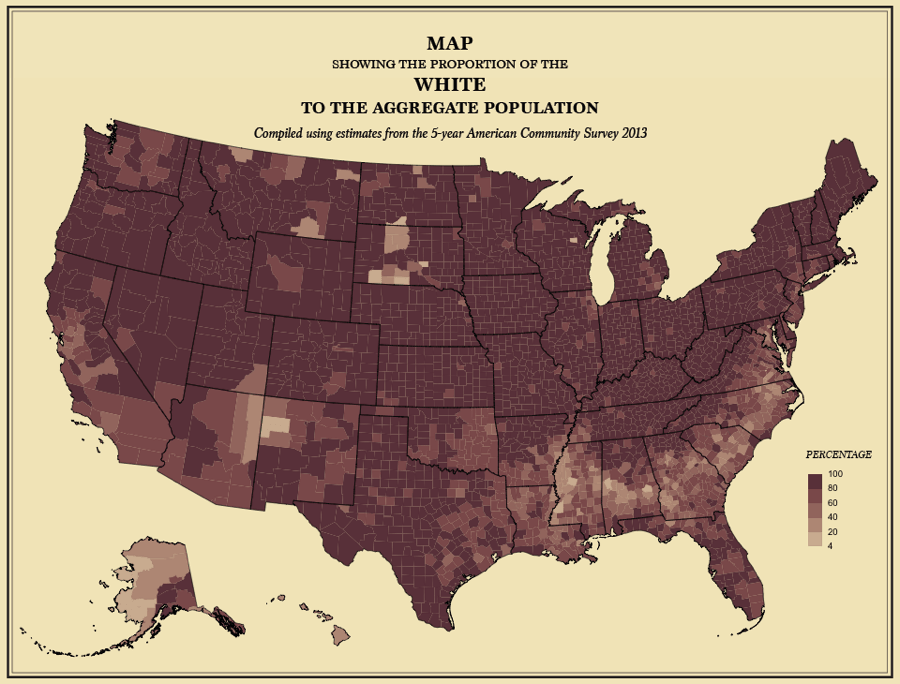