From Celebrities To Serial Killers: 34 Vintage Mugshots Brought To Life In Vivid Color

We colorized the mugshots of petty thieves, notorious criminals — and David Bowie. 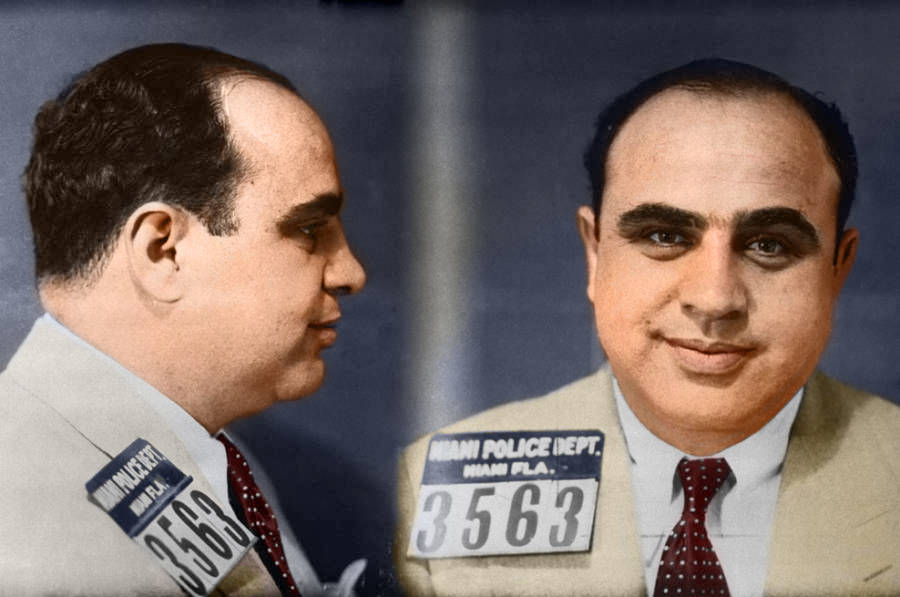 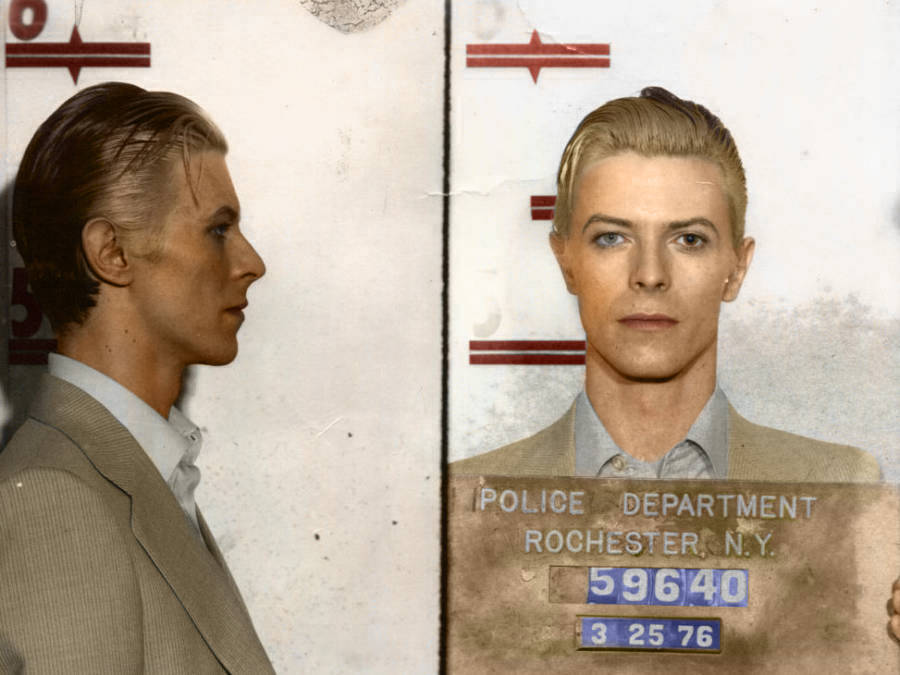 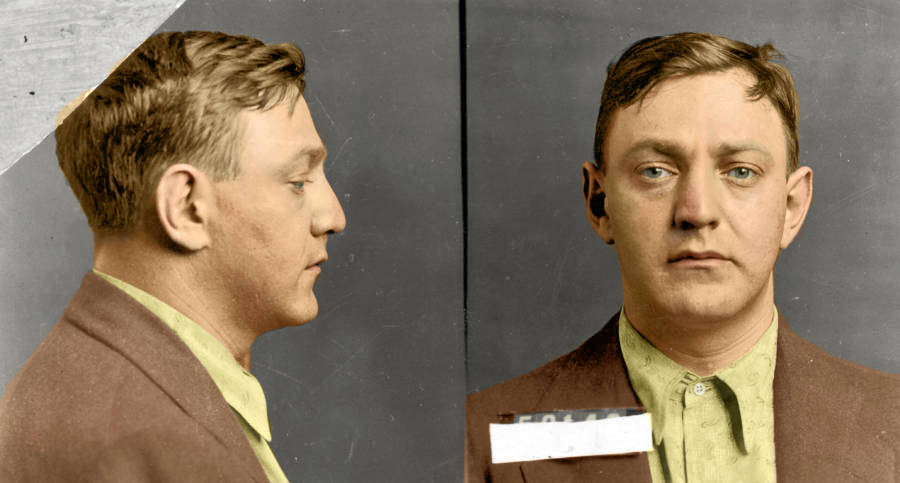 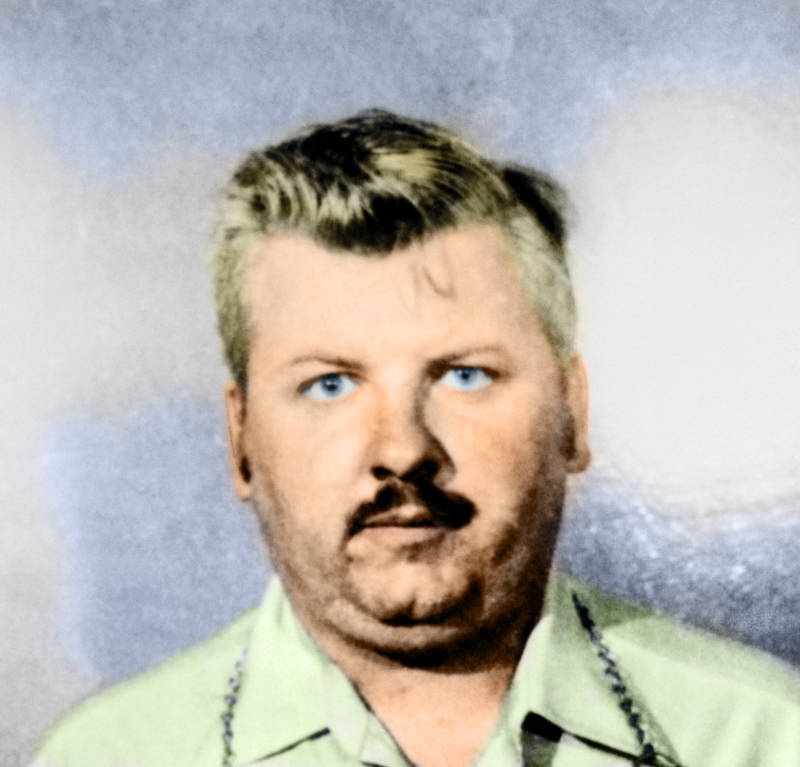 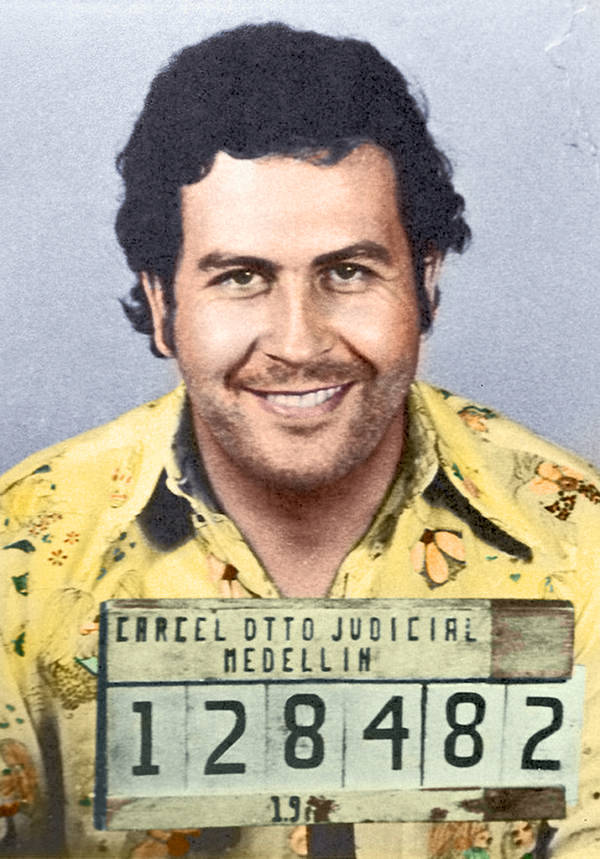 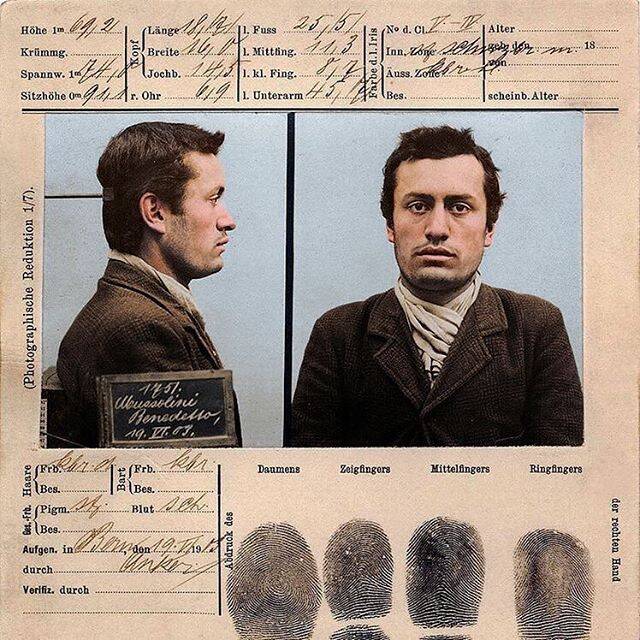 1 of 35
Butch Cassidy
Bank robber and train robber. Leader of the "Wild Bunch" gang of Old West outlaws.
Wyoming Territorial Prison in Laramie, Wyoming
1894 Wikimedia Commons
2 of 35
Frank Murray a.k.a. Harry Williams
Sentenced to 12 months of hard labor for breaking, entering, and stealing.
Sydney, Australia
1929Sydney Living Museums
3 of 35
Unidentified woman
Sydney, Australia
1929 Sydney Living Museums
4 of 35
Al Capone
Arrested as he was trying to enter Miami, Florida by city police who were trying to keep the notorious gangster out.
Miami, Florida
1930Bettmann/Contributor/Getty Images
5 of 35
Amy Lee
Described in court as a "good looking girl until she fell victim to the foul practice" of snorting cocaine.
New South Wales, Australia
1930Sydney Living Museums
6 of 35
From left: Leonetti, Guiffaut, and Galendemi (first names unspecified)
Arrested for bank robbery and murder
Marseilles, France
Circa 1930FPG/Hulton Archive/Getty Images
7 of 35
Carl Panzram
American serial killer, rapist, arsonist, robber, and burglar. Claimed to have killed 21 people.
Date unspecifiedCreative Commons
8 of 35
Charles Ormston
Newcastle upon Tyne, England
Circa 1930sTyne & Wear Archives & Museums/Flickr
9 of 35
Clara Randall
Reported to police that her apartment had been broken into and her jewelry stolen. It was later discovered that she had pawned the jewelry for cash.
New South Wales, Australia
1923Sydney Living Museums
10 of 35
David Bowie
Arrested for marijuana possession after a performance in Rochester, New York along with three other people — including fellow musician Iggy Pop. The charges were dropped, but Bowie never performed in Rochester again.
1976Public Domain
11 of 35
Augustin Dupuis
Blacksmith and anarchist
Paris
1894Alphonse Bertillon/The Metropolitan Museum of Art
12 of 35
Guillaume Joseph Robillard
Anarchist
Paris
1894Alphonse Bertillon/The Metropolitan Museum of Art
13 of 35
Henri Marc Julien Birilay
Day laborer and anarchist
Paris
1894Alphonse Bertillon/The Metropolitan Museum of Art
14 of 35
Dutch Schultz
New York City mobster
Circa 1931Wikimedia Commons
15 of 35
Eugenia Falleni aka Harry Crawford
Spent most of her life passing as a man. In 1913, Falleni married a widow, Annie Birkett, who she later murdered. The case whipped the public into a frenzy as they clamored for details of the "man-woman" murderer.
New South Wales, Australia
1920Sydney Living Museums
16 of 35
Francis Flood
Theft
Sydney, Australia
1920Sydney Living Museums
17 of 35
Herbert Ellis
Sydney, Australia
Circa 1920Sydney Living Museums
18 of 35
George Ray
Served 10 years for manslaughter.
Nebraska State Penitentiary
Circa 1890sHistory Nebraska
19 of 35
Goldie Williams
The five-foot tall, 110-pound Williams was defiant upon her arrest for vagrancy. Williams reported her hometown as Chicago and her occupation as a prostitute.
Omaha, Nebraska
1898History Nebraska
20 of 35
Herbert Cockran
A tailor from Fairmont, Nebraska. Arrested for burglary.
Omaha, Nebraska
1899History Nebraska
21 of 35
James Collins
23-year-old tailor. Escaped after being arrested for burglary. This photograph was taken after his re-arrest.
Omaha, Nebraska
1897History Nebraska
22 of 35
James Dawson
Indecent exposure
North Shields, England
1902Tyne & Wear Archives & Museums/Flickr
23 of 35
John Wayne Gacy
Arrested in his hometown, where he killed at least 33 people between 1972 and 1978. He was ultimately executed on May 10, 1994.
Norwood Park, Illinois
1978Bettmann/Contributor/Getty Images
24 of 35
Laura Belle Devlin
Murdered and dismembered her 75-year-old husband with a hacksaw, throwing some of him in the wood stove and the rest in their backyard.
Newark, Ohio
1947Bettmann/Getty Images
25 of 35
Lewis Powell a.k.a. Payne
Abraham Lincoln assassination conspirator
Aboard the U.S.S. Saugus
1865Bureau of Prisons/Getty Images
26 of 35
Lizzie Cardish Arson
Leavenworth Federal Penitentiary in Kansas
1906Smith Collection/Gado/Getty Images
27 of 35
Mabel Smith
Arrested for larceny.
North Shields, England
1903Tyne & Wear Archives & Museums/Flickr
28 of 35
Nellie Cameron
Was one of Sydney's best-known — and most desired — prostitutes.
1930Sydney Living Museums
29 of 35
Pablo Escobar
Infamous drug lord responsible for most of the world's cocaine supply.
Medellín, Colombia
1977Wikimedia Commons
30 of 35
William Stanley Moore
Opium dealing
Sydney, Australia
1925Sydney Living Museums
31 of 35
Susan Joice
Stole money from a gas meter.
North Shields, England
1903Tyne & Wear Archives & Museums/Flickr
32 of 35
Valerie Lowe
Arrested for breaking into an army warehouse and stealing boots and overcoats.
New South Wales, Australia
1922Sydney Living Museums
33 of 35
Walter Smith
Breaking and entering
Sydney, Australia
1924Sydney Living Museums
34 of 35
Benito Mussolini
Fascist dictator Italy from 1922 to 1943. Arrested for lack of identification papers.
Switzerland
1903Mads Madsen
35 of 35 Mugshots have been a powerful police tool — and a source of public fascination — for more than a century. In fact, they trace their origins to 19th-century Paris.

Louis Daguerre invented the first publicly available photographic process in 1839. And it was another Frenchman, Alphonse Bertillon, who invented the mugshot some 40 years later — creating a system that would be adopted by the rest of the world.

Bertillon was an unlikely trailblazer. While his father was an expert statistician and his brother a preeminent sociologist, Bertillon himself was very much a black sheep.

Expelled from the Imperial Lycée of Versailles, Bertillon spent four years in the French Army before securing a low-level position in the Parisian police. In 1879, as a police clerk, the 26-year-old grew frustrated with the department's ad-hoc methods of identifying and documenting criminals and suspects.

Paris was in the middle of a crime surge, and in Bertillon's view, the police's deductive skills weren't up to snuff. So he developed what came to be known as the Bertillon System of documenting and organizing criminal suspects.

The mugshot — one shot facing the camera and one in profile — was the crucial final piece of the Bertillon System.

In 1882, the Paris police became the world's first police department to systematically photograph suspects, arrestees, and convicts. Two years later, it used Bertillon's method to identify 241 repeat offenders. Soon after, the rest of the world began to adopt the system.

By the 20th century, the mugshot became standard procedure for police departments worldwide. But it wasn't until the 1970s and '80s that they started being printed in color.

Now, thanks to the magic of modern technology, we get to see some late 19th and early-to-mid 20th-century arrestees in living color. Enjoy.

After checking out colorized mugshots from around the world, take a look at the mugshots of some of the most famous people in modern history. Then, see some more vintage mugshots that bring the past to life.