When the noblewoman's tomb was uncovered in 2012, researchers were stumped as to why she'd been buried with the beasts of burden. 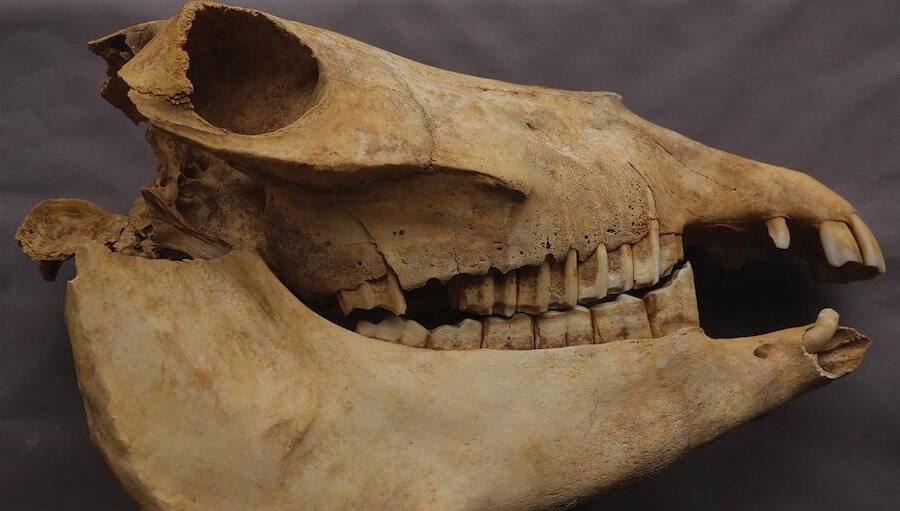 Songmei Hu/AntiquityResearchers radiocarbon-dated the skeletons to 2,300 years ago, during China’s Tang dynasty.

When researchers entered ancient noblewoman Cui Shi’s tomb in Xi’an, China in 2012, they were stunned to find it littered with donkey bones. Researchers thought it odd that a woman of such status would be buried among lowly animals like this.

But now, researchers believe that the noblewoman was an avid donkey polo player and wanted to be able to continue the game well into her afterlife. Their new research has since been published in the journal Antiquity.

“There was no reason for a lady such as Cui Shi to use a donkey, let alone sacrifice it for her afterlife,” said Songmei Hu, lead study author and Shaanxi Academy of Archaeology anthropologist, in a statement. “This is the first time such a burial has been found.”

But according to a couple of ancient documents and the noblewoman’s history, the find isn’t so unbelievable after all. 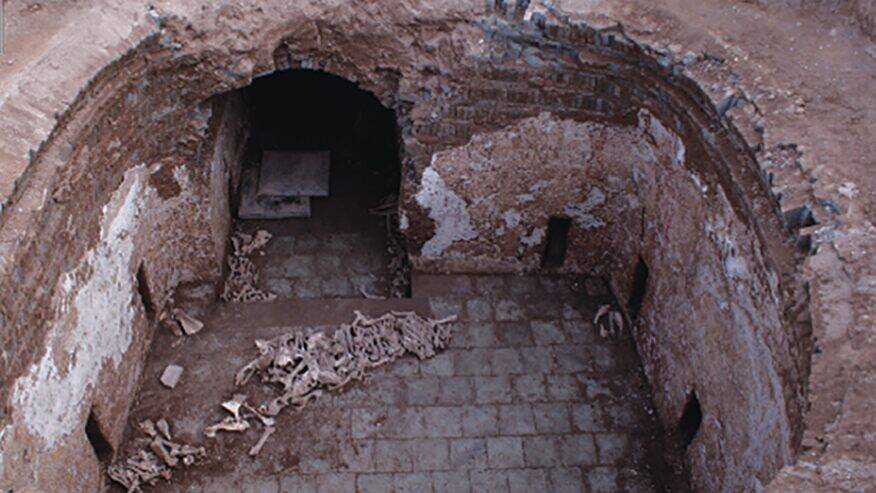 J. Yang/AntiquityCui Shi’s tomb as it was uncovered in 2012. A donkey skeleton is visible on the left side.

Indeed, texts from the Tang dynasty suggest that even the upper crust had recreational hobbies, including a version of polo called Lvju, which used donkeys in lieu of horses for polo matches.

Furthermore, Cui Shi was married to Bao Gao — a polo player so skilled that Emperor Xizong promoted him to the rank of general. Emperors commonly used polo to asses their generals’ overall skills.

But horse polo can be dangerous and so valuable assets to the empire commonly played donkey polo instead. Donkeys were considered steadier and more stable for the sport, especially since even the skilled Bao Gao lost an eye during one match on horseback.

With safer precautions in place, researchers thought, the game must have also begun to cross the gender gap. 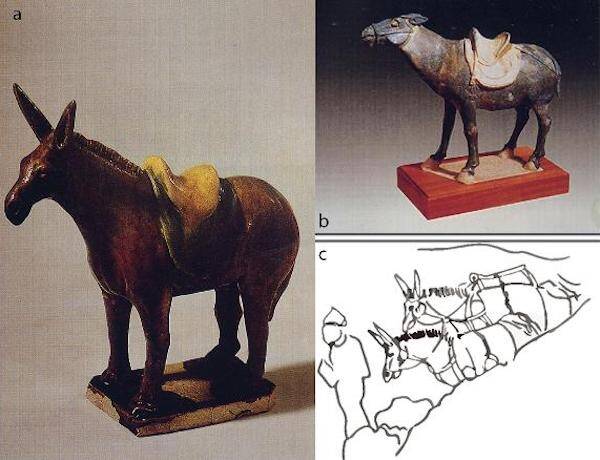 TwitterThese donkey figurines from Xi’an depict just one of the many uses people had for the animals. From ceremonies and warfare to polo, the beasts of burden were not considered as lowly as some previously thought.

In order to prove this theory, however, researchers had to show that the donkeys were put in the tomb upon Cui Shi’s request and not by looters. The bones also had to be the same age as Cui Shi’s, which was proven using radiocarbon dating. Further investigation showed that the donkeys had all sustained severe stress in their lifetime — likely from polo.

The patterns of strain in the donkeys’ bones were consistent with constant running and their skeletons were also smaller than normal donkeys, which currently has researchers wondering whether they were specifically bred to play polo.

All of the donkeys discovered in Cui Shi’s tomb were found to have stopped aging at around six, which experts believe is a prime age for the sport.

“This context provides evidence the donkeys in her tomb were for polo, not transport,” said Hu. “This confirms the claims of donkey polo from historic literature.” 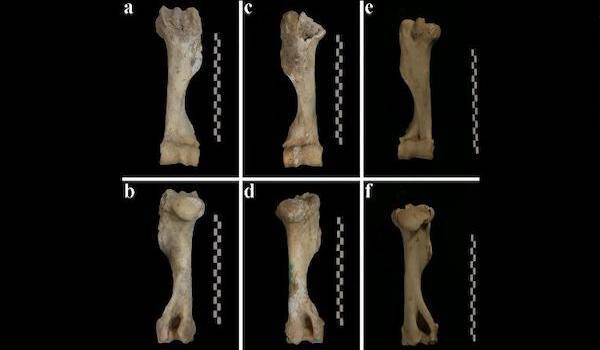 Songmei Hu/AntiquityAll the bones in Cui Shi’s tombs were of six-year-old donkeys — an age believed to be ideal for the animals to play polo.

The domestication of donkeys began between 3,000 and 4,000 B.C., the study explained. Donkeys were largely used to pick up trash in Eurasia, but also routinely used in war, ceremonies, and social events.

This find, however, suggests that they also had a place in the upper echelons of society.

“Donkeys are hardy and strong animals as well as gentle, and fill really important roles in everyday life for small farmers and traders carrying loads in many parts of the world,” said Marshall. “This finding shows that donkeys have also had a place as high status rather than humble animals.”

Polo itself was very popular during the Tang dynasty, which spanned from 618 to 907 A.D. However, it’s generally agreed upon that the game began in Iran and spread across the continent between 247 B.C. and 224 A.D.

With Xi’an (formerly known as Chang’an) having been the capital of the Tang dynasty — and considered as the beginning of the Silk Road — it’s no wonder the grave of a polo-obsessed noblewoman was found accompanied by her steed.

However, until now, that remained purely theoretical.

Next, read about these Mayan child sacrifices found buried with “supernatural” stones. Then, learn about ancient infants that were found buried in Ecuador with helmets made from skulls.