Is Meditation The Reason Why This Monk’s Brain Is 8 Years Younger Than His Body? 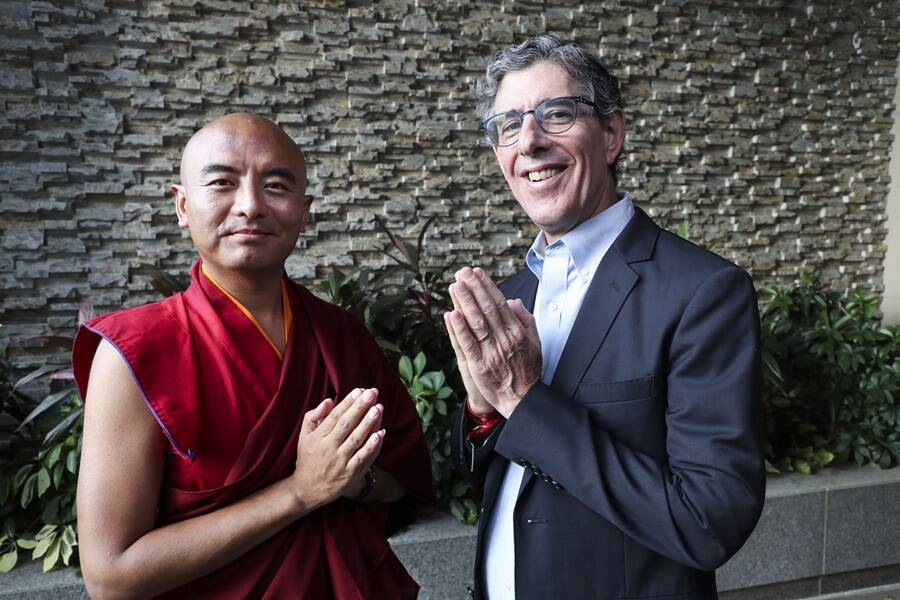 There’s no definitive secret to aging gracefully, but scientists may have found a way to keep our brains young.

Over the course of 14 years, a group of scientists from the Center for Healthy Minds at the University of Wisconsin-Madison followed the brain development of Yongey Mingyur Rinpoche, a Buddhist monk and meditation teacher who has been practicing since he was nine.

According to Live Science, the study discovered that Mingyur Rinpoche’s brain appeared to slow in its aging over the course of a decade. Mingyur Rinpoche is 41 years old but researchers found that his brain matter seems to be eight years younger than what it should be.

“The big finding is that the brain of this Tibetan monk, who has spent more than 60,000 hours of his life in formal meditation, ages more slowly than the brains of controls,” said Richard Davidson, a senior researcher on the study and a professor of psychology and psychiatry at the university.

But how can you tell how old a brain is? Davidson said that it’s all in the brain’s grey matter.

“Grey matter is the neural machinery of the brain,” Davidson, who is also the founder and director of the Center for Healthy Minds, explained. “When the brain atrophies, there is a decline in grey matter.”

The study, published last month in the journal Neurocase, examined the changes in Mingyur Rinpoche’s brain over 10 years beginning when the monk was 27 years old.

Mingyur Rinpoche was the perfect subject to test the long-term effects of meditation on the human brain because of his remarkable life. 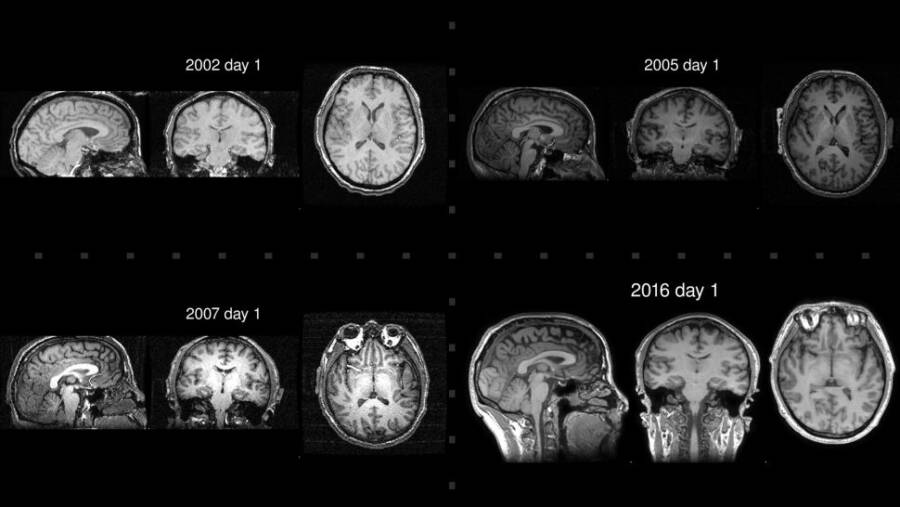 Believed to be the seventh incarnation of Yongey Mingyur Rinpoche, master of the Karma Kagyu and Nyingma lineages of Tibetan Buddhism, Mingyur Rinpoche has guided other senior Buddhist practitioners in the methods of Buddhist meditation since he was a teenager.

As such, his brain experienced routine — even intense — exposure to meditation. Other past studies have suggested that there is some connection between routine meditation and the slowing of biological aging and the discovery by Davidson and his team seems to add to the growing evidence.

During the course of the study, researchers scanned Mingyur Rinpoche’s brain four times using structural magnetic resonance imaging (MRI) to scan the changes in his brain over time. The brain scans of a group of 105 adults sharing the same age as the Buddhist monk were also monitored and routinely compared to Mingyur Rinpoche’s test results.

Then, using a machine learning tool called the Brain Age Gap Estimation (BrainAGE) framework, researchers were able to take the brain scans to estimate the age of the brain through its grey matter.

When they scanned Mingyur Rinpoche’s brain at 41 years old, his brain tested as if it belonged to a 33-year-old. In addition, the BrainAGE analysis found that the meditation guru’s brain had also “matured” early. Researchers are still trying to figure out what this maturing means but they do have a working theory. 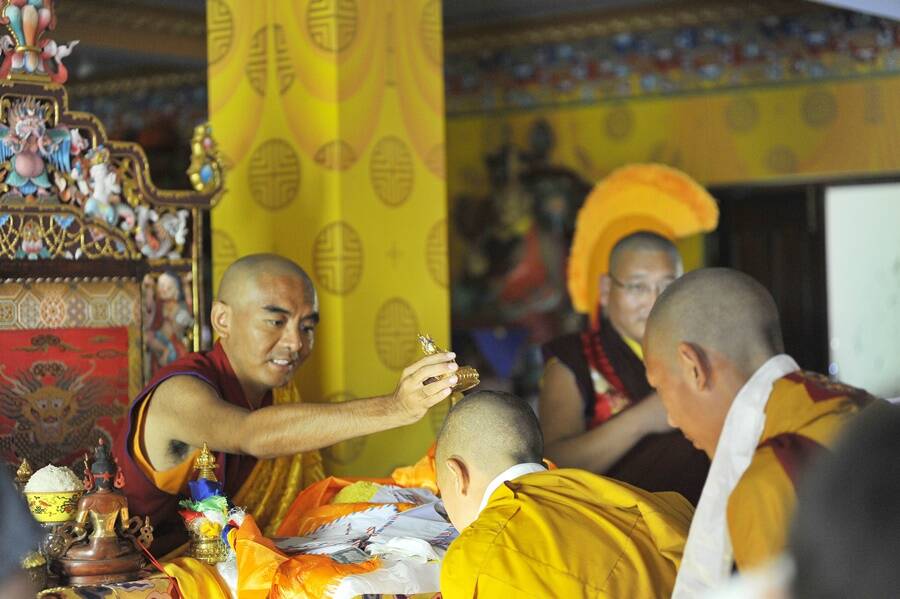 Narayan Maharjan/Pacific Press/LightRocket via Getty ImagesBelieved to be the seventh incarnation of Yongey Mingyur Rinpoche, the meditation guru has been practicing since he was nine.

“There are areas of the brain that come online in the mid to late 20s, for example, regulatory regions of the brain that play an important role in self-regulation, in regulating our attention,” Davidson said. “It may be that these areas are maturing earlier in the meditators, and that would make sense, because we believe that meditation can strengthen these areas and these kinds of functions [in the brain].”

While these findings are certainly remarkable, there’s still a lot of possibilities that could explain Mingyur Rinpoche’s “young” brain. For one, researchers have yet to definitively determine whether it was solely his meditation practice that caused his brain to age slower.

Some researchers think it’s possible that the brains of those who were born in the high altitudes of Tibet like Mingyur Rinpoche might naturally age slower due to the environment. There’s also the possibility that his Buddhist lifestyle — practicing a healthy diet and living in the low-pollution area of the Tibetan mountains — could have contributed to his “young” brain.

Nevertheless, the study does reveal that meditation provides some sort of health benefit for the body.

“It kind of makes sense biologically, because stress is a thing that causes aging,” said Kiran Rajneesh, a neurologist who was not involved in the study. “Not just psychological stress, which is definitely a part of it, but also stress happening at the cellular level.”

Until scientists know for sure we’ll just have to be content with our “old” brains for now.

Now that you’ve read about the Buddhist Monk’s brain that is eight years “younger” than his actual age, check out how Mount Vesuvius’ eruption was so hot that it turned one man’s brain to “glass”. Then, discover the unsolved mystery of the Heslington brain.