When the volcano erupted in 79 A.D., it baked hundreds of people to death — and transformed at least one victim's brain matter into hard, twisted, glassy bits. 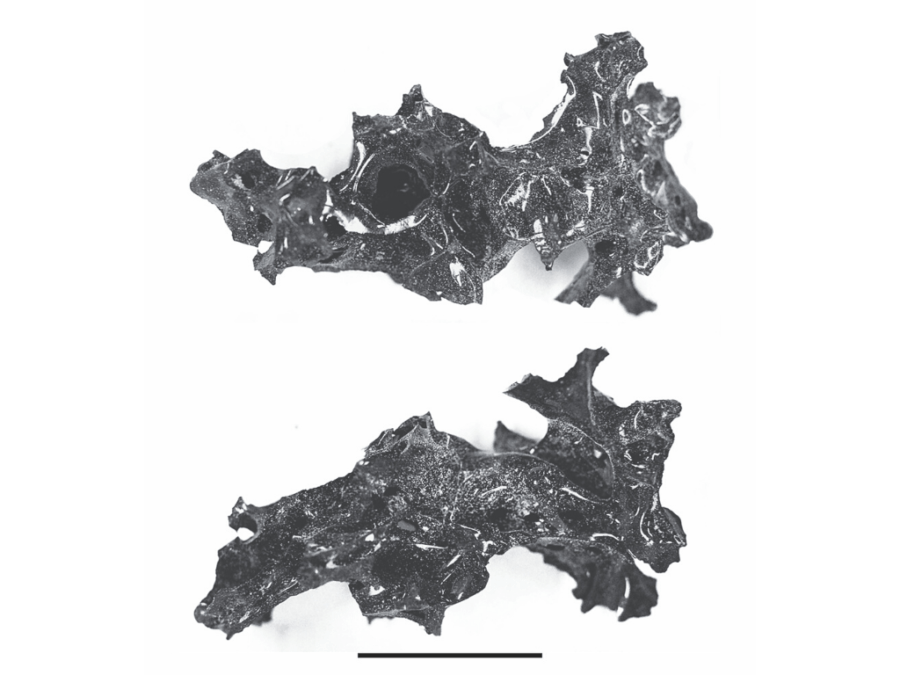 The New England Journal of Medicine 2019Glassy black brain material extracted from the destroyed skull of a Vesuvius victim.

In previous research, scientists discovered that victims of Mount Vesuvius who died in the city of Herculaneum near the volcano had died a grisly death: The extreme heat from the explosion caused their blood to boil and their skulls to consequently explode.

But a recent examination of brain matter from one of these Vesuvius victims has uncovered something even more disturbing.

According to Live Science, researchers found that the hot gas and rock that erupted from the volcano had destroyed the flesh of one man to the point that it turned pieces of his brain tissue into shiny black “glass.”

In a new paper published this week in The New England Journal of Medicine, scientists detailed how a man who was engulfed in Vesuvius’ hot ash had his brain burned and later transformed into twisted, glassy bits.

These glass pieces of brain later “encrusted” the surface of the man’s skull, from which the scientists were able to collect the unique specimen. The process in which brain matter goes through extreme heat and morphs into a glass-like texture is called vitrification. 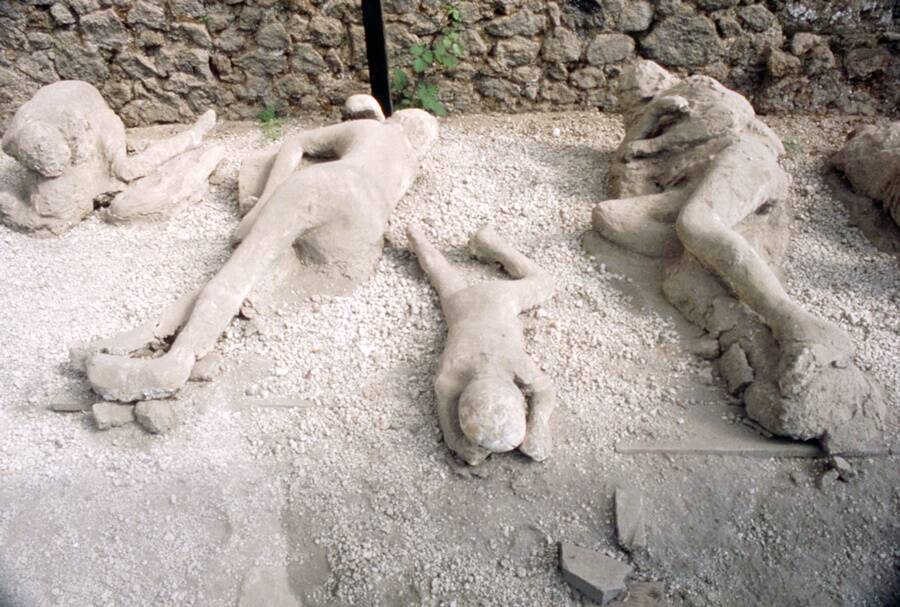 CM Dixon/Heritage Images/Getty ImagesCasts of the victims from the Vesuvius eruption.

The finding itself is unique due to the fact that uncovering pieces of brain matter among these volcanic eruption victims is rare. Even when scientists do find samples of brain tissue, they typically take on a soap-like texture, which occurs during a process called saponification, when triglycerides in the fatty brain tissue react to charged particles in the environment.

“To date, vitrified remains of the brain have never been found,” Pier Paolo Petrone, a professor of human osteobiology and forensic anthropology at Italy’s Federico II University Hospital in Naples and a co-author of the study, told The Guardian.

The circumstances of the man’s death could explain how his brain matter hardened into black glass instead of taking on a softer form. Petrone, who was also involved in previous studies examining Vesuvius victims, discovered the unusual brain matter inside the man’s cranial cavity.

Unlike the bodies of those in a previous study, who had all died inside boathouses, this victim was buried by a mound of volcanic ash inside a building called the Collegium Augustalium.

Petrone believes the victim was likely the caretaker of the building, which was related to an imperial cult that worshipped former Emperor Augustus.

Based on the charred wood from the bed where the body had been laying, researchers determined the room likely reached a scorching temperature of 968 degrees Fahrenheit.

Damage to the corpse suggested the man’s skull had also exploded due to the extreme heat in a fashion similar to the boathouse victims, except his brain then vitrified into glass.

This suggested that a rapid drop in temperature may have followed in the immediate environment surrounding this particular victim.

An analysis confirmed that the glassy material was indeed brain tissue, identifying proteins from different areas of the human brain, such as the wrinkled cerebral cortex, the amygdala, and the substantia nigra. Researchers also identified fatty acids normally found in human hair grease. 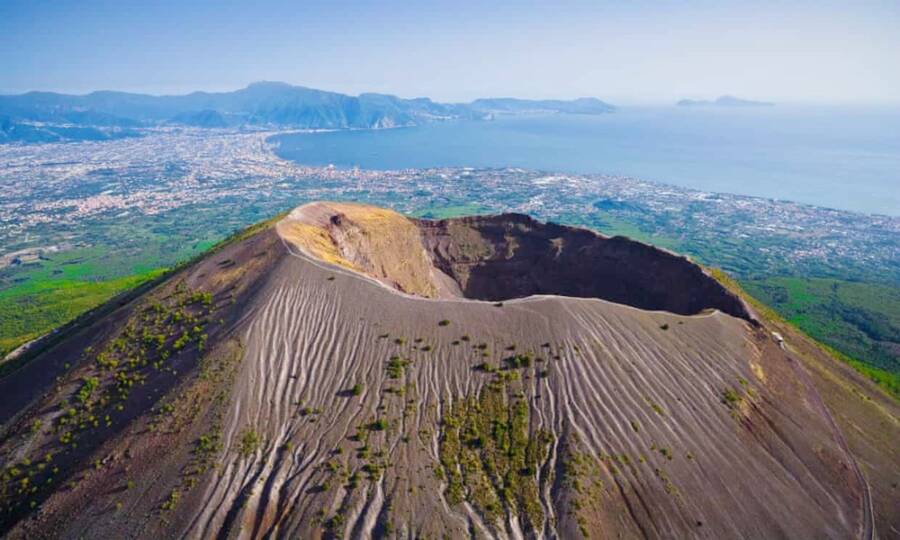 “This suggests extreme radiant heat was able to ignite body fat and vaporize soft tissues; a rapid drop in temperature followed,” the study noted. The team also found some of the man’s bones showing signs of glassiness, while parts of his chest bones were covered in a solid spongy mass.

Based on previous studies of victims from the Dresden bombing of World War II, researchers noted, the textures are consistent with the “jelly-like” substances found among the bombing victims.

In Herculaneum, an ancient Roman town not far from the foot of Mount Vesuvius, 300 people took shelter in boathouses near the waterfront. All of them suffered horrible deaths from the heat and ash of the explosion. Their bodies weren’t found until the 1980s.

Next, read about the 2,000-year-old scrolls from the Vesuvius eruption that will be “virtually unraveled” using A.I. tech and take a look at 14 agonizing photos of Pompeii’s bodies frozen in time by the blast.