2,000-Year-Old Scrolls From Vesuvius Eruption To Be ‘Virtually Unraveled’ With A.I.

The fragile scrolls from the ancient city of Herculaneum have been destroyed by physical unwrapping, and so scientists plan to use A.I. and machine learning to virtually read their text. 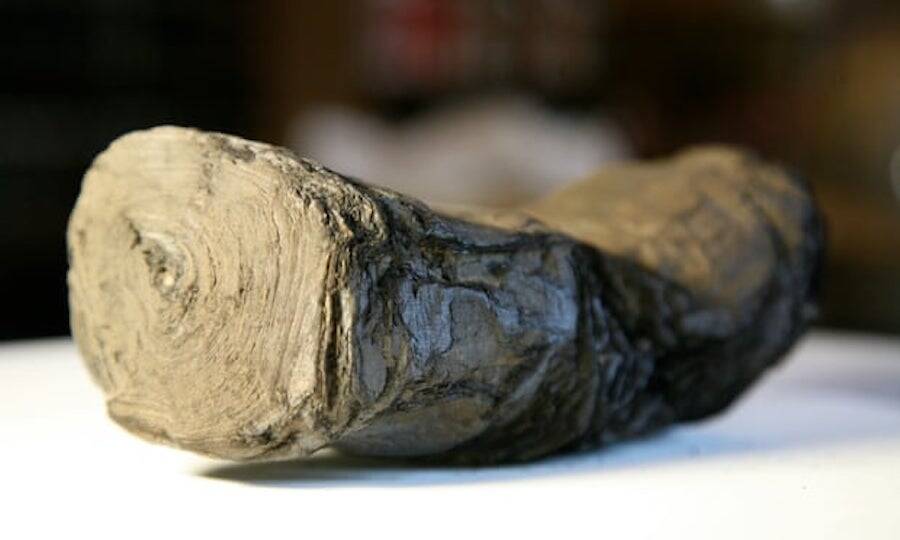 The eruption of Mount Vesuvius in 79 A.D. decimated the towns of Pompeii and Herculaneum. Everything, including an invaluable library of scrolls, was lost to the inferno. According to The Guardian, however, artificial intelligence and high-energy x-rays could make these documents legible once more.

“Although you can see on every flake of papyrus that there is writing, to open it up would require that papyrus to be really limber and flexible — and it is not any more,” said lead researcher Prof. Brent Seales, who chairs the computer science department at the University of Kentucky.

The two unraveled scrolls Seales and his team will use in their project belong to the Institut de France in Paris. In 1752, a staggering collection of 1,800 carbonized scrolls were unearthed at Herculaneum, a coastal town to the west of Vesuvius and less than 10 miles from Pompeii.

In terms of historical significance, this collection comprises the only intact library from antiquity. Most of it housed in the National Archaeological Museum in Naples. Some archaeologists believe the structure in which the scrolls were found — aptly named the Villa of the Papyri — belonged to Julius Caesar’s father-in-law.

To date, reading the scrolls has proved extremely difficult. When scientists have tried to unroll them, they’ve mostly come apart, and whatever ink is left fades after exposure to the air.

And so Seales and his team have devised a method using cutting-edge technology that doesn’t risk destroying the precious scrolls. 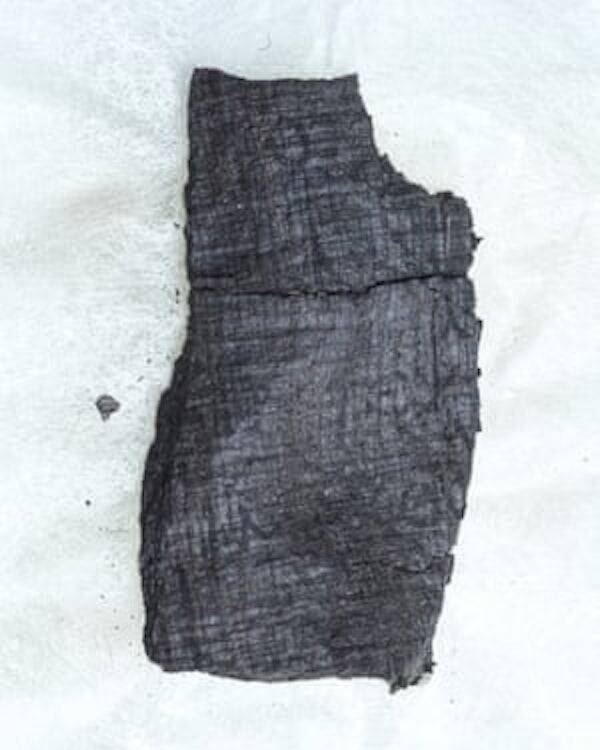 Andrew Brookes/Diamond Light SourceOne of the many fragments of scrolls carbonized during the eruption of Mount Vesuvius in 79 A.D.

Seales and his team have already proven their mettle when they used high-energy x-rays to “virtually unravel” a 1,700-year-old Hebrew parchment that was found in the holy ark of an Israeli synagogue in En-Gedi. It was found to contain text from the the book of Leviticus.

Unlike the En-Gedi scroll, however, many of the Herculaneum texts weren’t written with metal-based ink. As such, there’s no visible contrast between the charcoal or soot-based writing and the papyrus itself in x-ray scans.

That’s where the U.K.’s advanced synchrotron, which is capable of projecting light brighter than the sun, comes into play.

The facility uses electrons to produce a remarkably bright light, which can be used to study everything from fossils and airplane engines to vaccines and viruses.

Seales thinks the facility, called the Diamond Light Source, will provide key information about the Herculaneum scrolls. From there, he and his team will use a type of artificial intelligence called machine learning to detect hard-to-spot fractions of the ancient writings. 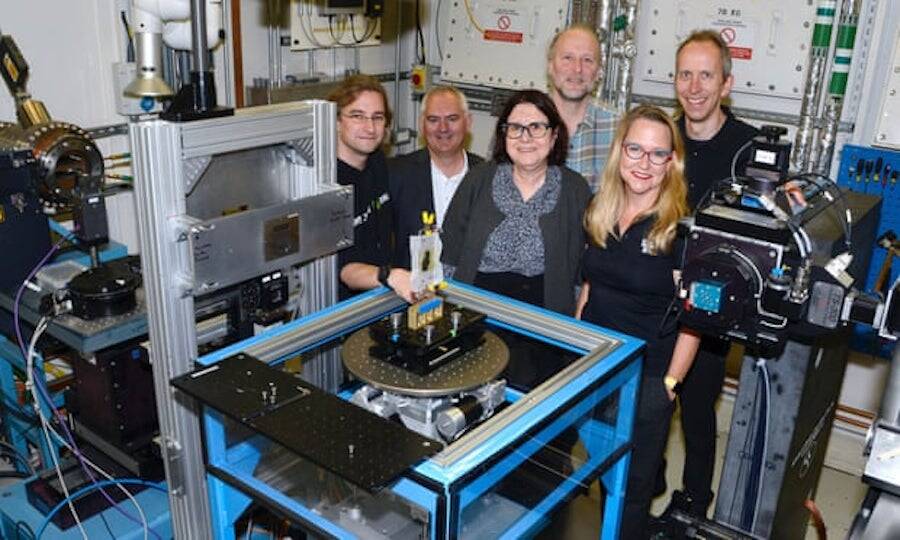 Diamond Light SourceThe team has been teaching its machine learning algorithms how to detect hidden ink. Once that process has been refined, Seales plans on scanning hundreds more.

With the ultra-bright light, “we will immediately see the internal structure of the scrolls in more definition than has ever been possible,” explained Seales.

“The machine learning tool we are developing will amplify that ink signal by training a computer algorithm to recognize it — pixel-by-pixel — from photographs of opened fragments that show exactly where the ink is — voxel-by-voxel — in the corresponding tomographic data of the fragments.”

They’ll then apply that same logic to the still-rolled scrolls, enabling the machine to spot ink that is otherwise invisible to the naked eye.

Seales’s team has finished collecting x-ray data and are now focused on perfecting the system’s algorithms — with application expected in the next few months.

“The first thing we are hoping to do is perfect the technology so that we can simply repeat it on all 900 scrolls that remain [unwrapped],” said Seales. “For the most part the writings [in opened scrolls] are Greek philosophy around Epicureanism, which was a prevailing philosophy of the day.”

There’s a strong possibility that some of these 900 unfurled scrolls contain Latin text. Classical libraries are thought to have had both a Greek and a Latin section, but only a fraction of analyzed Herculaneum scrolls were written in Latin.

University of Oxford papyrologist and classicist Dr. Dirk Obbink, who’s worked with the scroll team, can’t wait to find out what ancient literary wonders will soon be discovered.

“A new historical work by Seneca the Elder was discovered among the unidentified Herculaneum papyri only last year, thus showing what uncontemplated rarities remain to be discovered there,” he said.

Obbink hopes some of the soon-to-be unveiled texts will contain works thought to be lost forever. The ancient collection could include poems by Sappho, for instance, or the treatise Mark Atony wrote about his drunkenness. Obbink, at least, is pulling for that particular outcome.

“I would very much like to read that one.”

After learning about the ancient scrolls of Mount Vesuvius being “virtually unraveled” with artificial intelligence and machine learning, read about the discovery of a headless skeleton at Pompeii. Then, check out these Ancient Roman boxing gloves discovered at Hadrian’s Wall.