Lauren Giddings' neighbor and classmate, Stephen McDaniel, strangled and dismembered her before scattering her body parts in trash cans across Macon, Georgia.

Lauren Giddings spent the summer after she graduated from law school preparing for perhaps the most important test she would ever take — the Georgia Bar Exam. But her neighbor and classmate, Stephen McDaniel, had other plans. On June 26, 2011, McDaniel killed and dismembered 27-year-old Giddings.

Giddings had suspected that someone was watching her. She’d even emailed her boyfriend the night before her death and told him she thought someone had recently tried to break in. 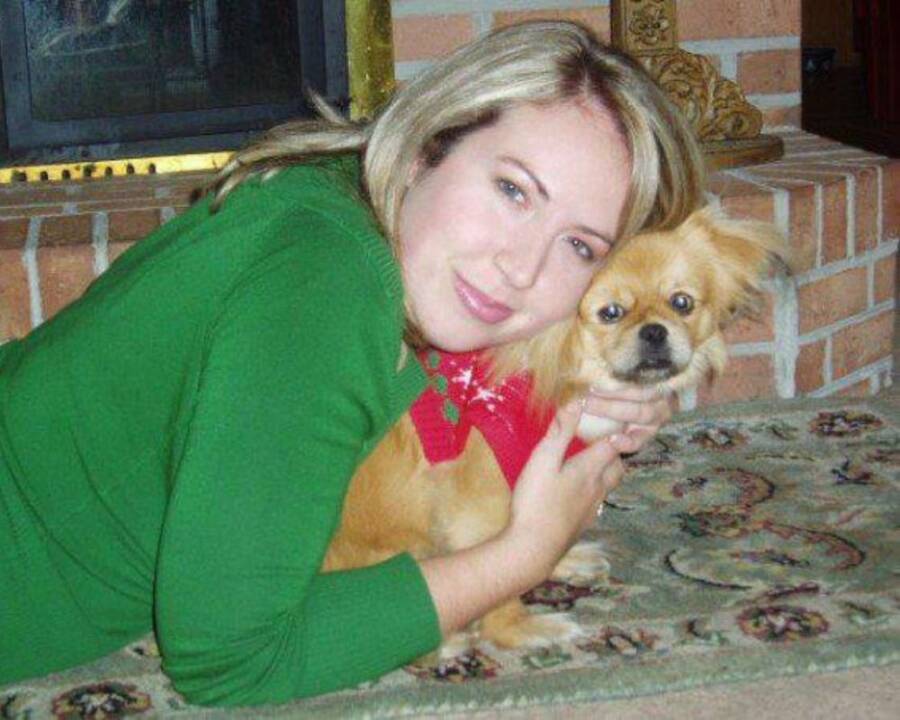 Lauren Teresa Giddings/FacebookLauren Giddings was killed and dismembered by her neighbor, Stephen McDaniel, in 2011.

The murder made international headlines when Stephen McDaniel learned Giddings’ body had been found while he was giving an on-camera interview to the local news about her disappearance.

Investigators were soon able to connect McDaniel to Giddings’ death, and he pleaded guilty to the murder just before his 2014 trial. But over the course of the investigation, police discovered that Lauren Giddings hadn’t realized just how right she was about her eerie suspicions.

Lauren Giddings was born on April 18, 1984, in Takoma Park, Maryland. She moved to Macon, Georgia in 2008 to attend law school at Mercer University. After her graduation in 2011, she remained in Macon to study for the Georgia Bar Exam.

In mid-June, Giddings told her family and friends that she would be relatively off the grid for the next few weeks, as she wanted to focus on her studies. But according to WGXA News, when Giddings’ sister, Kaitlyn Wheeler, realized on June 29 that she hadn’t even received a call or text from Giddings in days, she became concerned.

Wheeler got in touch with Giddings’ friends, who said they hadn’t heard from her either — so they went to investigate. Giddings’ car was in the parking lot of her apartment, but she didn’t answer the door when they knocked. One friend, Ashley Morehouse, knew where Giddings kept her spare key, so she unlocked the door and went inside.

Giddings’ books, keys, and purse were in the apartment, but she was nowhere to be found.

Morehouse called 911 and police arrived shortly. They noted that there were no signs of forced entry, and they didn’t see any blood that would suggest a struggle.

But when police sprayed luminol in the bathroom, the walls, floor, and bathtub lit up. They were no longer investigating a missing person case. This was the scene of a homicide.

The Investigation Into Lauren Giddings’ Death

Police quickly taped off the crime scene and began searching the perimeter of the building. They were soon hit with a potent smell coming from the trash cans.

One of the detectives on the case later told the Oxygen series In Ice Cold Blood, “While we were standing there, the wind started to turn. Immediately, I smelled an odor that I was very familiar with. We all smell things in life that smell bad. And that of a body, or a decomposing body, is one of the worst things you’ll smell. But it has a very distinctive smell.”

Inside the trash can was Lauren Giddings’ torso wrapped in a plastic sheet. 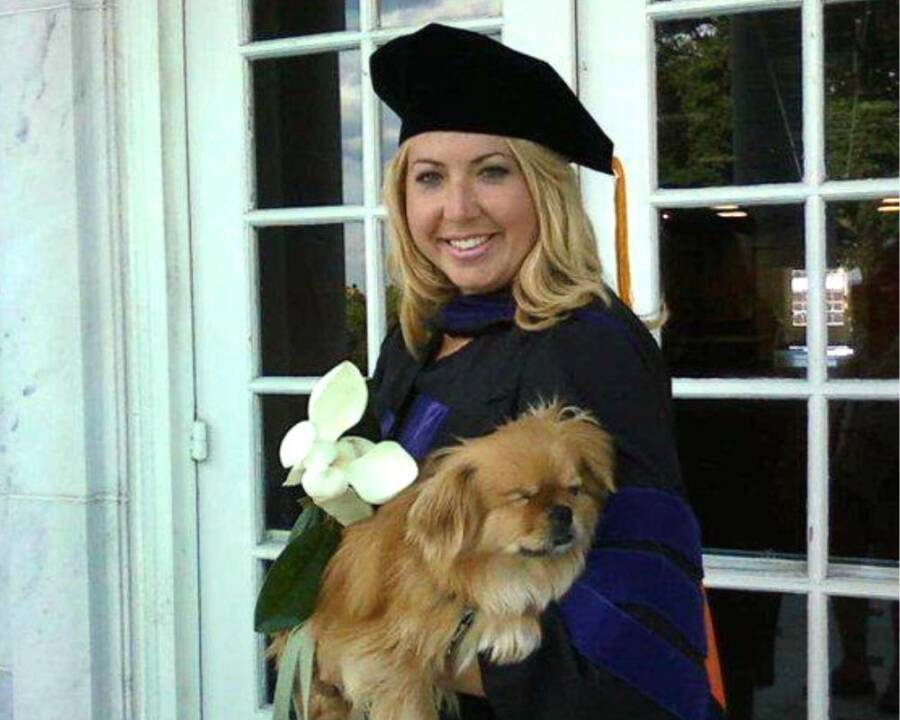 “They did not find the head, legs, or arms in either one of the trash cans,” the detective continued. “I had never seen anything like that before. Who could have done this? Because truthfully, only a monster could do something like that. It was absolutely horrible.”

At the time Giddings’ remains were discovered, Stephen McDaniel was giving an interview to a local news station, posing as a concerned friend who had no idea what had happened to Giddings. His demeanor quickly changed when he learned the body had been found.

McDaniel later voluntarily allowed police into his apartment as they searched the building for clues. Inside, detectives found that McDaniel had a master key for each apartment in the complex.

When questioned, McDaniel admitted that he’d broken into two neighboring apartments and stolen one condom from each one. With this information, police arrested him and brought him in for further interrogation.

A more thorough search of Stephen McDaniel’s apartment turned up packaging for a hacksaw, several flash drives, and a pair of underwear that was later discovered to have Lauren Giddings’ DNA on it. The flash drives contained pornographic images of children.

In the laundry room of the complex, police found a hacksaw that matched the packaging found in McDaniel’s apartment along with a bloody sheet. Testing later confirmed the blood was Giddings’.

On August 2, 2011, Stephen McDaniel was charged with the murder of Lauren Giddings. He was later charged with seven counts of child sexual exploitation as well.

The Signs Leading Up To Her Murder By Stephen McDaniel

Lauren Giddings had previously mentioned to her sister that something seemed strange about her apartment. “She felt things had been moved around, someone had been in her apartment,” Wheeler said.

Investigators found that Giddings sent her last email on the evening of June 25, 2011, to her boyfriend, David Vandiver. Vandiver was on a golf trip in California, and Giddings mentioned that she thought someone had tried to break into her apartment on the night of Thursday, June 23.

However, Giddings downplayed the situation, saying it was probably just “Macon hoodlums.”

But Giddings’ feelings had been justified. A memory card taken from McDaniel’s apartment revealed that he’d been stalking her.

According to Bibb County District Attorney David Cooke, “We found deleted video he had used to survey her home… He had took a wooden pole and had duct-taped or somehow fixed that camera to the end of the pole and then held the pole up really high to peek inside her window.”

McDaniel’s search history was also filled with hits for her social media and LinkedIn profiles. Cooke revealed, “Sometimes he would be searching for images of her around the same time that he was looking up violent pornography.” 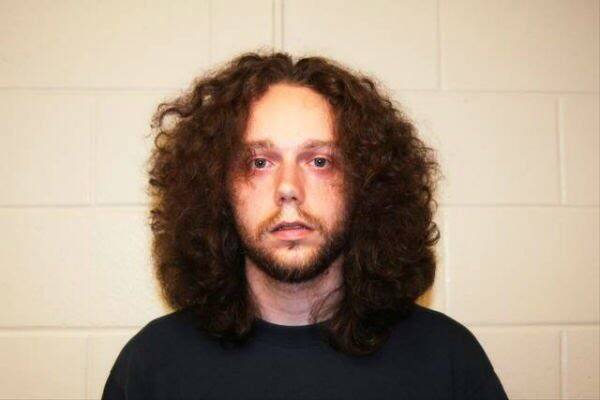 McDaniel initially pleaded not guilty, but when prosecutors agreed to drop the child sexual exploitation charges, he changed his mind. In April 2014, a week before his trial was set to start, Stephen McDaniel admitted to killing and dismembering Lauren Giddings.

In the early morning hours of June 26, 2011, Stephen McDaniel detailed in his confession, he had used his master key to enter Giddings’ apartment. He watched her sleep for a while, but as he moved toward her, a creak in the bed woke her up. She saw him and yelled, “Get the f— out!”

McDaniel then jumped on top of her, grabbing her throat. Though she fought hard, he had soon strangled her to death. He dragged her body to the bathroom and returned home.

The next night, he returned with the hacksaw and dismembered her body. He then placed her limbs in various trash cans throughout the area. If the police had not been called to the scene when they were, trash collection services would have emptied the can where Giddings’ torso was located, and the case may have gone cold.

But thanks to the quick action of Lauren Giddings’ sister and friends, Stephen McDaniel was sentenced to life in prison. Giddings’ family will not get the chance to see her become a criminal defense attorney like she dreamed, but they have found peace knowing her killer will never walk free.

After reading about the murder of Lauren Giddings, learn how TikTok star Claire Miller murdered her disabled sister. Then, go inside Brianna Maitland’s chilling disappearance and the bizarre clues left behind.