In 15th-century Italy, the cunning Caterina Sforza ruthlessly defended her family's fortunes at any cost — and was even accused of plotting to assassinate the pope. 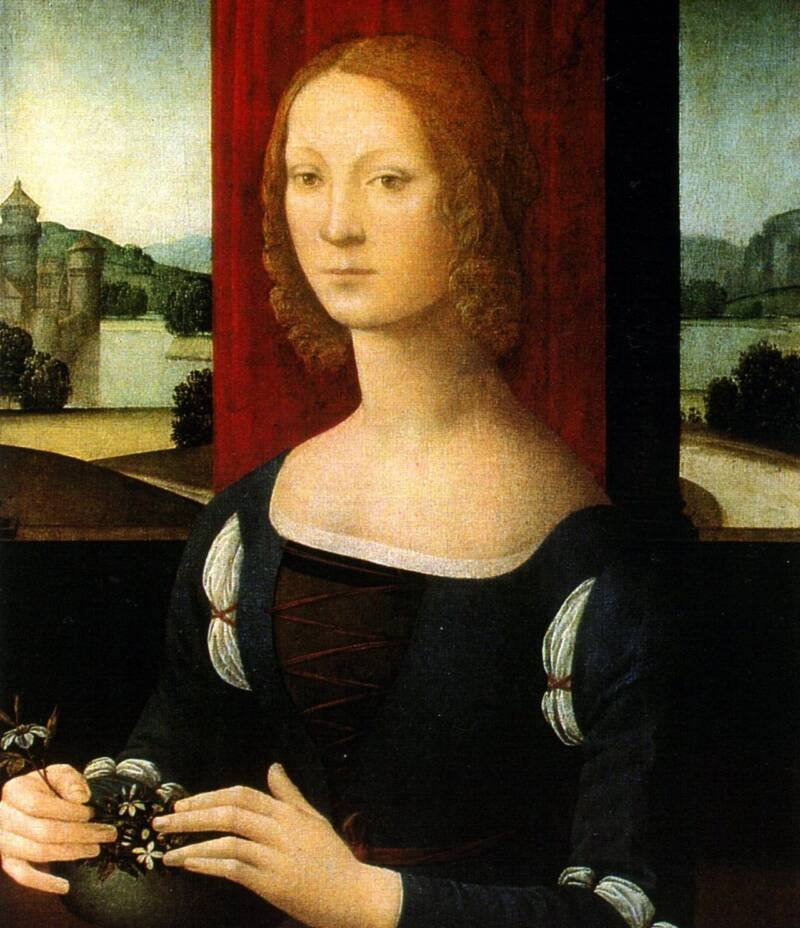 Lorenzo di Credi/Pinacoteca Civica di ForlìA portrait made of Caterina Sforza when she was Countess of Forli and Lady of Imola.

When enemies laid siege to the fortress of Italian noblewoman Caterina Sfroza and captured her children, she stood on the walls of Imola and lifted her skirts, calling out that she could always make more children.

She was indeed resilient. Sforza had already outlived a father and husband who died at the assassin’s blade. She witnessed the brutal murders of three of her lovers. And when enemies threatened her power, Sforza donned armor and rode into battle.

This is her fearless tale.

Who Was Caterina Sforza?

The Sforza family was well-known during the Italian Renaissance, but the family’s fate depended on military strength.

Caterina Sforza’s grandfather, Francesco Sforza, was a condottiero, or a captain for hire. In the mid-15th century, Sforza took a gamble and seized power for himself in Milan. His move made the Sforzas the Dukes of Milan – for as long as they could hold onto power.

In 1463, Francesco’s son Galeazzo Maria had a child with his best friend’s wife. The illegitimate girl, named Caterina Sforza, who grew up in the duke’s household. 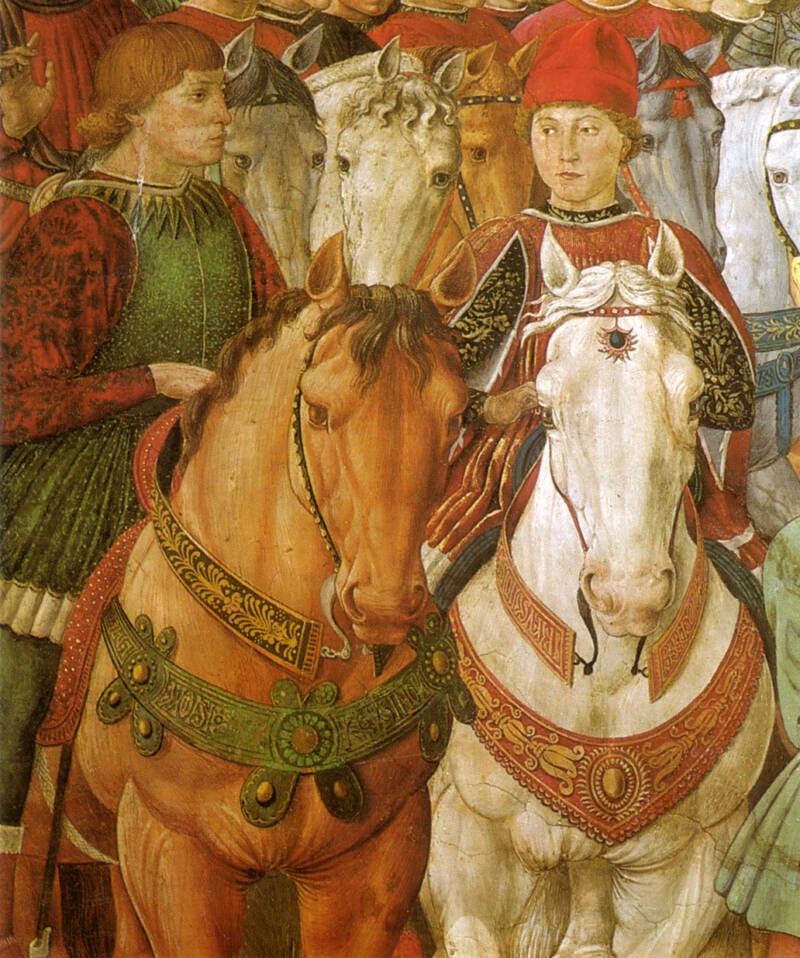 The daughter of Milan’s duke, Sforza received a Renaissance education. She read the works of prominent humanists and learned how to fight alongside her brothers. And the Sforza family had a plan for her: she would marry well and build connections with more established families. Still new to power, the Sforzas longed for legitimacy.

At ten years old, Caterina found herself engaged to Girolamo Riario, a man nearly two decades older. The nephew of Pope Sixtus IV, it was hoped by the family that the union would secure the Sforza fortunes.

Thanks to his papal connections, Riario gained control of the central Italian town of Imola. While Riario’s fortune rose, Sforza continued her studies. Her horse riding impressed the family as did her vigor and energy.

But then, tragedy struck the Sforza family in December 1476. Assassins cut down the duke, leaving behind an infant as his only legitimate heir. Eager to remove Caterina from the power struggle between family members, Caterina’s stepmother sent her to Imola to marry the pope’s nephew. She was now fourteen years old. 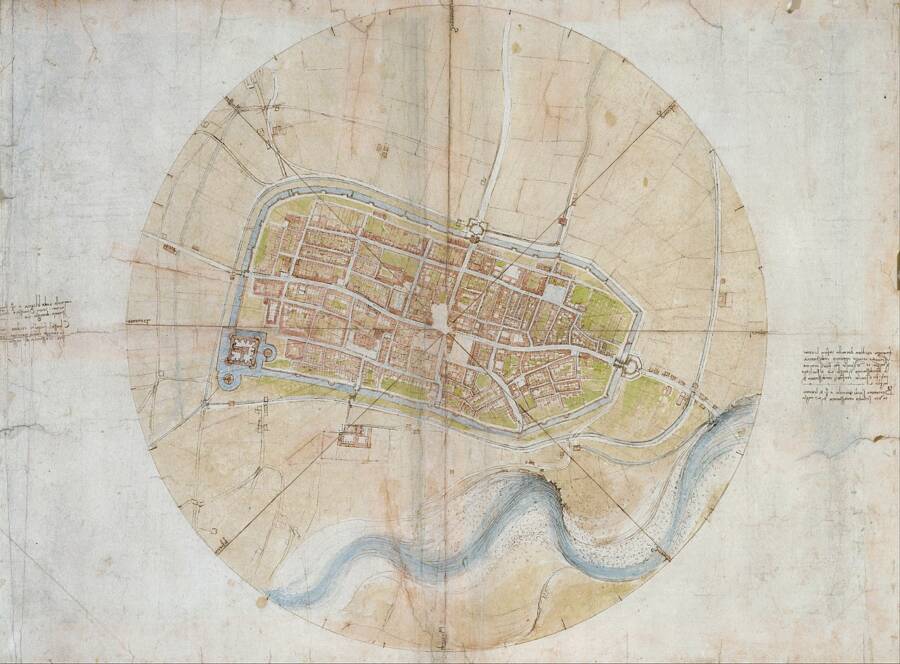 After a stop in Imola, Sforza continued on to Rome where she met her husband. The pope welcomed the teenage girl and threw banquets to honor her. Caterina Sforza had moved up in the world – and her rise would only continue.

The Ascension Of An Illegitimate Daughter

Girolamo Riario and his young wife Caterina Sforza settled in Rome, where Riario had become the right-hand man for the pope.

Over the next two decades, Sforza gave birth to nine children – seven to Riario and one each to her later lovers. Between the spring of 1479 and the summer of 1481, she had three babies.

As a young mother, Sforza escaped the confines of Rome as often as possible. She rode alongside hunting dogs to bring down wild boars. This was a testament to her strength. 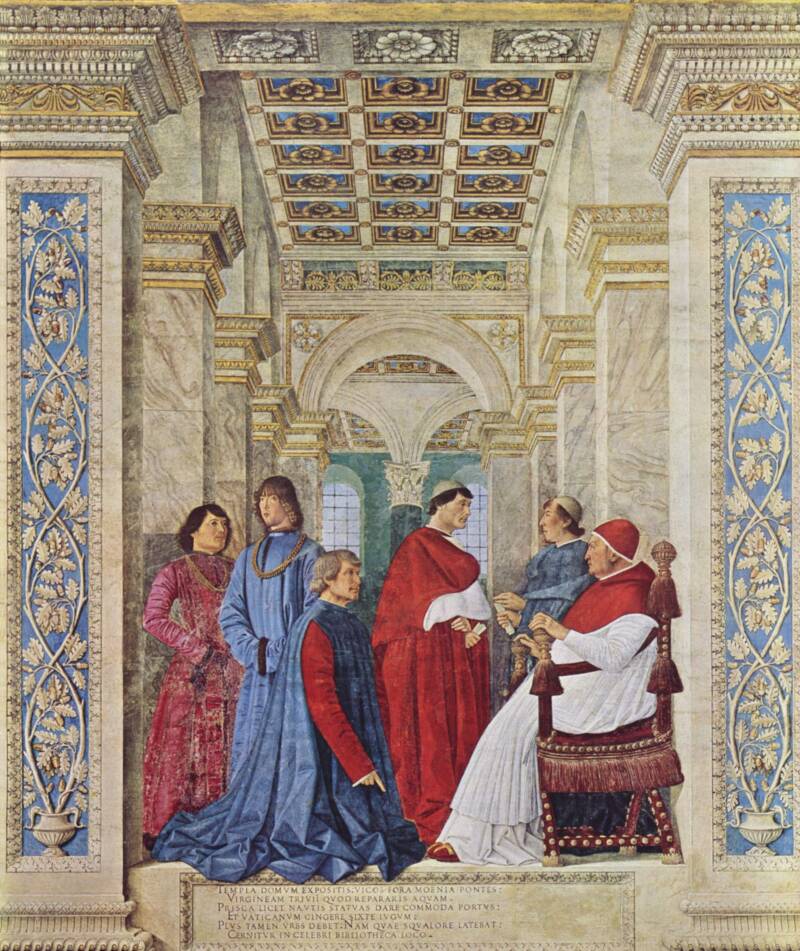 Meanwhile, during the first years of their marriage, Riario plotted against the powerful Medici family of Florence. He helped plan a failed assassination attempt in 1478 which enraged the Medici. The pope’s lands, which included Imola, bordered the Medici territories in Tuscany, meaning all-out warfare would soon erupt.

Enemies and assassins plotted against the Renaissance power couple. Unwilling to sit back, Sforza began training soldiers herself, insisting on loyalty and discipline.

Then, in 1484, the pope died. Chaos swept through Rome. Sforza leaped onto a horse and secured Castel Sant’Angelo in the name of the next pope. As she stormed the fortress, Sforza wore a satin dress and a velvet hat. She arrived wielding a sword and carrying a bag of gold coins.

She was seven months pregnant at the time.

In 1487, Girolamo Riario fell ill, leaving Caterina Sforza in charge of running Imola and Forli. Conspiracies against the weak Riario sprouted like mushrooms. Sforza dolled out harsh penalties to the plotters, calling for their public quartering. Heads lined the gates of Forli to warn others not to attack the ruling family.

Nonetheless, assassins reached Riario and killed him in 1488.

Sforza barricaded the family in their fortress, sending a quick message to Milan for help. But a mob broke into the palace before help arrived. Sforza and her children became prisoners. 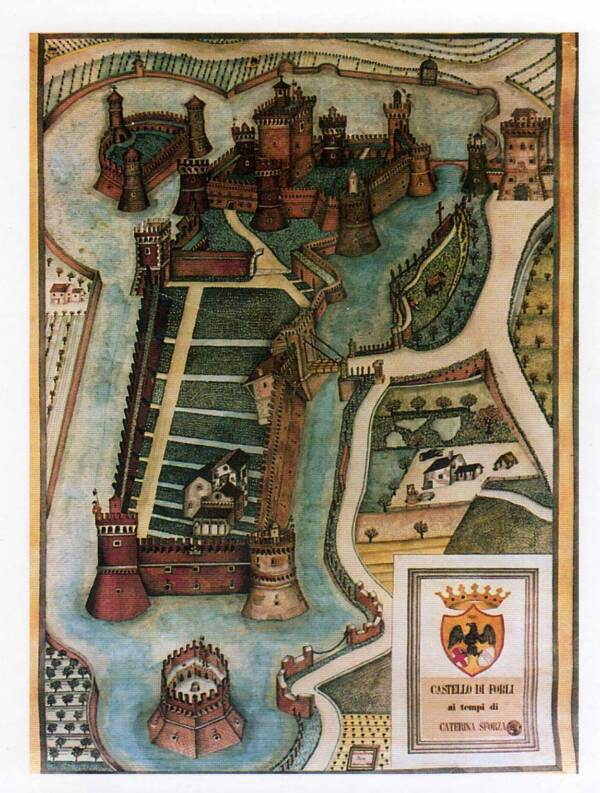 While the conspirators held her children hostage, they pressured Sforza to surrender. Instead, she mounted the walls and called down to her enemies, “Do it, if you want to: hang them even in front of me. Here I have what’s needed to make others!”

The confident boast worked. The conspirators handed over the children and left Caterina Sforza as the ruler of Imola and Forli for good.

At only 25 years old, Sforza became a woman ruling alone. And she ruthlessly stamped out dissent. She tracked down her husband’s killers and hanged them.

Sforza chose to act like the men who ruled around her. She carried on affairs with prominent men, including the nineteen-year-old brother of a key ally. And when she was not ruling, Sforza enjoyed alchemy. She wrote a book of medical treatments – with a few poisons thrown in.

The Final Years of Caterina Sforza

In 1492, the Borgia family swept into power and once again threatened Caterina Sforza’s territories in central Italy.

Cesare Borgia, son of Pope Alexander VI, seized Imola and Forli from Sforza. But she still had a few tricks up her sleeves. While the Medici family had historically been enemies to the Sforza, Caterina struck up a relationship with Giovanni de Medici and had her second out-of-wedlock child with him.

Although Giovanni died from the plague, Sforza believed she could count on the rest of his family for support. Yet when the Borgias finally struck the Medici city of Florence, the family was exiled. 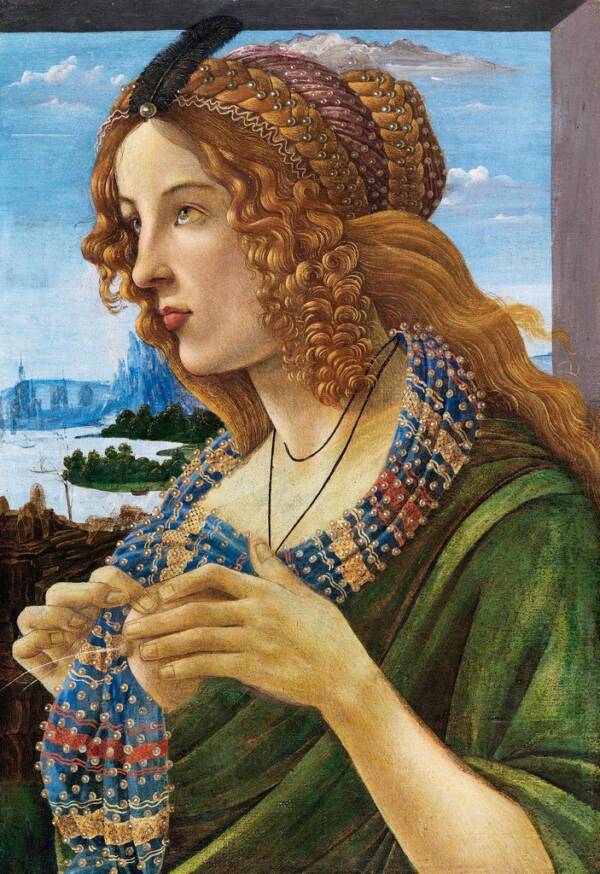 Instead, Sforza donned armor once again and led an army of 900 to defend her lands. The effort failed and Sforza retreated to Florence with her children.

Caterina Sforza died in 1507 at the age of 46. Those who outlived her criticized her for her “masculine” ways. But historian Margaret L. King likens Sforza to Joan of Arc. Both were Renaissance women who took to the battlefield.

And, King says, Sforza “was hated because she did what men did, and triumphantly.”

Caterina Sforza was one of many women who charted their own paths during the Italian Renaissance. Next, read about the Venetian courtesan Veronica Franco, who was defamed by claims of witchcraft. Then, learn about the artist Artemisia Gentileschi, who got revenge on her rapist through her art.