The Chilling Story Of Lauren Spierer, The College Student Who Vanished Into Thin Air

Indiana University sophomore Lauren Spierer disappeared on June 3, 2011 after a night out with friends at a bar in Bloomington — and hasn't been seen since.

Lauren Spierer, a 20-year-old sophomore at Indiana University in Bloomington, disappeared in the early morning hours of June 3, 2011.

It was the end of the semester and Spierer, originally from Scarsdale, New York, was majoring in textiles merchandising. She went out for some drinks with friends before eventually began making her way home, and then dropped off the face of the Earth. 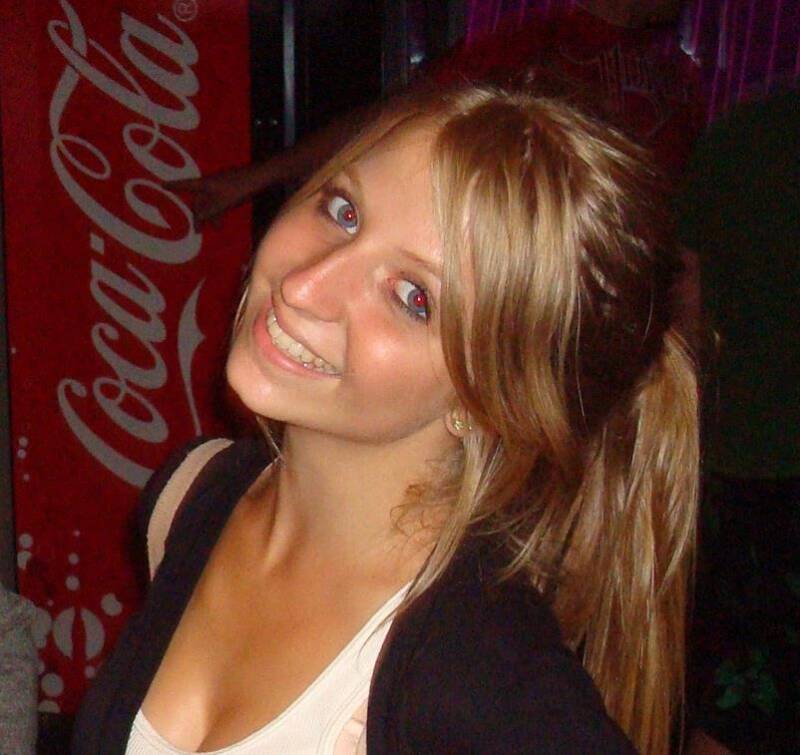 FacebookWhen 20-year-old Lauren Spierer left her friend’s place at around 4:30 a.m. on June 3, 2011, she had just two and a half blocks to walk from there to her apartment — but she never made it home.

There is surveillance footage from several buildings and streets that captured Spierer around campus the night she vanished. But then, she was just gone.

Lauren Spierer was 4 feet, 11 inches tall, weighed 90-95 pounds, and had blonde hair and blue eyes. She was last seen wearing black leggings and a white tank top with a white shirt over it. But despite such a detailed description for the authorities, no progress was ever made.

Meanwhile, the national press covered the disappearance extensively, but despite a thorough search, Spierer remains missing, and her case is unsolved.

Over the last 10 years, Bloomington Police have worked with the FBI to scrutinize surveillance footage, conduct interviews with hundreds of people, and do land searches in a case that is “still very active,” police say. Though her family still holds out hope, many now fear that the disappearance of Lauren Spierer may never be solved.

On the day she vanished, Lauren Spierer had a couple of friends over to watch a basketball game and drink some wine at her apartment. She had met some of her IU circle of friends years earlier at a summer camp in Pennsylvania, including her boyfriend, Jesse Wolff, and friend Jason Rosenbaum.

On the evening in question, however, Wolff was at his apartment when Spierer texted him that she was going to sleep after the game. At some point, she instead went to a party at Rosenbaum’s townhouse two blocks away.

She is seen on surveillance video leaving her apartment at about 12:30 a.m., looking happy and well.

At the party, she met Rosenbaum’s neighbors and friends Corey Rossman and Michael Beth. In addition to more drinking, there is official speculation that drugs like Klonopin or cocaine were also consumed.

After Rosenbaum’s party, Lauren Spierer and Rossman went to a nearby sports bar called Kilroy’s. Only there for about a half-hour, Spierer also left her cell phone and shoes there.

From the bar, they made their way back to Spierer’s apartment complex. In the hallway, they saw a group of young men that sources suggested were friends of Spierer’s boyfriend, Jesse. One of the men punched Rossman in the face, which he later claimed erased much of his memory of the night.

After the incident, surveillance footage indicates that they left Spierer’s complex — footage that also showed Rossman carrying a clearly intoxicated Spierer over his shoulder. They got to Rossman’s apartment, where, his roommate Michael Beth said, his inebriated friend vomited and went to bed. Michael claimed that Spierer then went next door, back to Rosenbaum’s place.

According to Rosenbaum, he insisted that Spierer go to sleep on his couch but she refused — saying she wasn’t done partying yet — and left. According to his account, this makes Jason Rosenbaum the last known person to see Lauren Spierer, as she walked up the street toward her own apartment at 4:30 a.m. that morning.

The Investigation Into How She Vanished 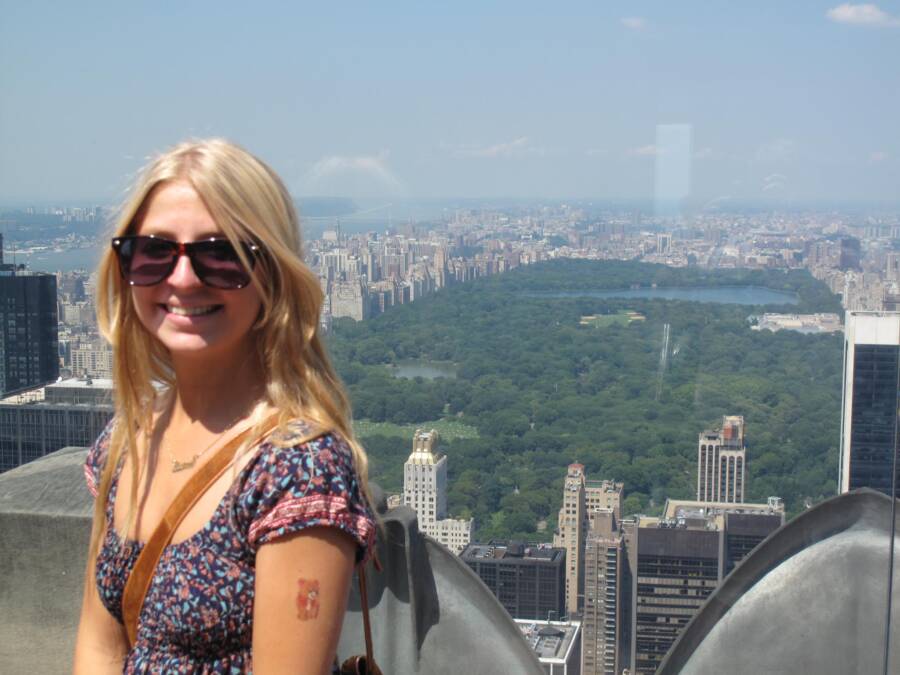 FacebookLauren Spierer, in an undated photo taken not long before she went missing.

From the beginning, Spierer’s parents believed that the group of friends that Lauren Spierer was hanging out with that night knew more than they were telling the police. Four of the men that hung out with her that night lawyered up quickly. Corey Rossman, Jay Rosenbaum, Mike Beth, and Jesse Wolff are all still considered “persons of interest” in Spierer’s disappearance — though not suspects.

Even though Jesse Wolff said he was at his home in the early hours of June 3, police can neither prove nor disprove his alibi. Had his friends that encountered Spierer and Rossman at her building contacted him about her being drunk and in the company of another man?

While all were cooperative with the investigation, some of their parents did not allow them to take police polygraphs. Instead, some took lawyer-appointed, third-party polygraphs. Rosenbaum and Wolff claim they passed the independent tests, but the results have not been made public.

Disturbing Theories About What May Have Happened To Lauren Spierer

Outside of theories that anyone Lauren Spierer was with that night harmed her, there’s always the chance someone abducted her off the street. A 90-pound girl who was barefoot and intoxicated could be snatched off the street very quickly.

There was a sex offender (and 2015 killer of another IU student Hannah Wilson) around the area. Police later dismissed the case as having any similarity to Spierer’s, however. Furthermore, any other friend or acquaintance may have picked Spierer up as she was walking home. 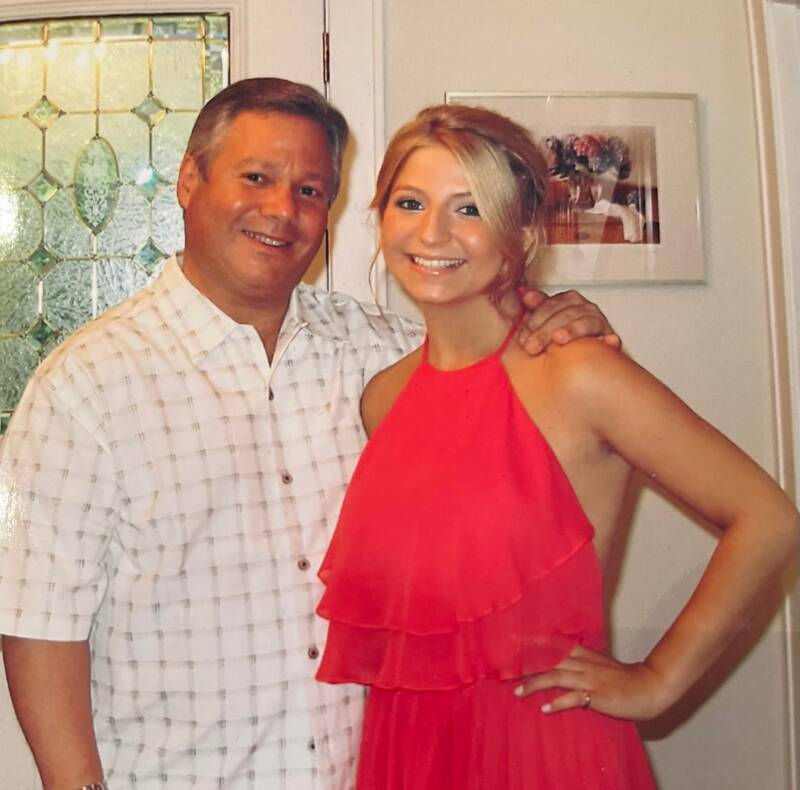 FacebookThough it’s been more than a decade since her disappearance, Lauren Spierer’s family hasn’t given up hope.

Another popular theory is accidental overdose. Taking large amounts of alcohol (and perhaps other drugs) on top of Lauren Spierer’s heart condition and/or medication may have caused her death. If she died while at someone else’s apartment, panic may have set in, causing an intoxicated college student to panic and set out to hide her body.

A tip received in 2016 certainly seemed to raise this possibility, but further investigations into the matter haven’t produced any concrete evidence.

Whatever occurred that night, no one that knows anything is telling… even after 10 years.

“Perhaps it was a terrible accident that happened, and we can deal with that,” Lauren Spierer’s mother, Charlene said at a press conference. “What we can’t deal with is what we don’t know.”

After reading about Lauren Spierer, learn about the chilling disappearances of Bryce Laspisa and Maura Murray.