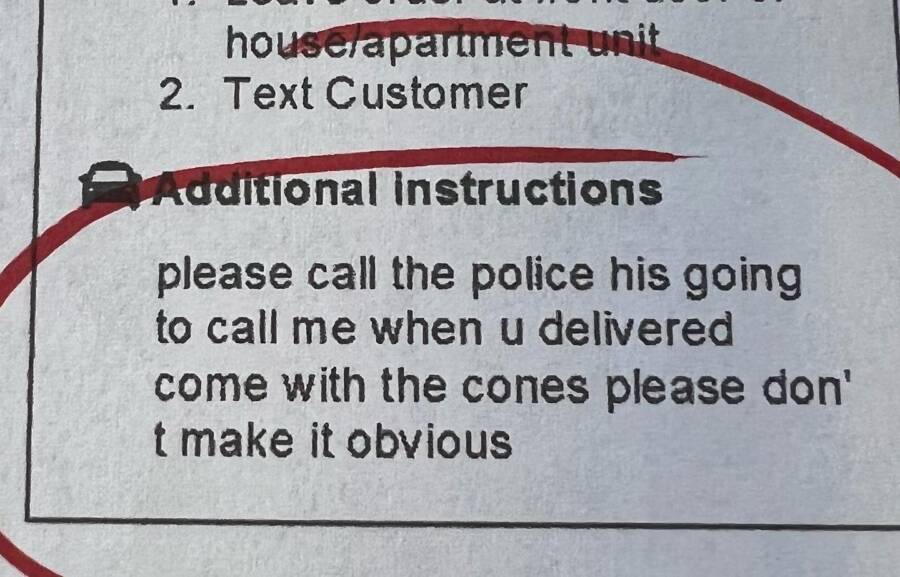 The Chipper Truck Cafe/FacebookA screenshot of the message that the kidnapped woman added to GrubHub.

When restaurant workers at the Chipper Truck Cafe in Yonkers, New York, received a GrubHub order at around 6 a.m. on June 19, they noticed an alarming additional request from the customer to “please call the police.” They did — and saved a woman being held hostage.

According to ABC News, the unidentified 24-year-old woman met her alleged kidnapper, 32-year-old Kemoy Royal, on a dating app. After talking for a couple of months, they met in person, and their encounter turned violent. CNN reports that Royal allegedly assaulted and raped the woman, and took her phone.

But Royal gave the phone back when she asked to order food. And the woman used the “additional request” field in GrubHub to ask for help when she placed an order with the Chipper Truck Cafe. 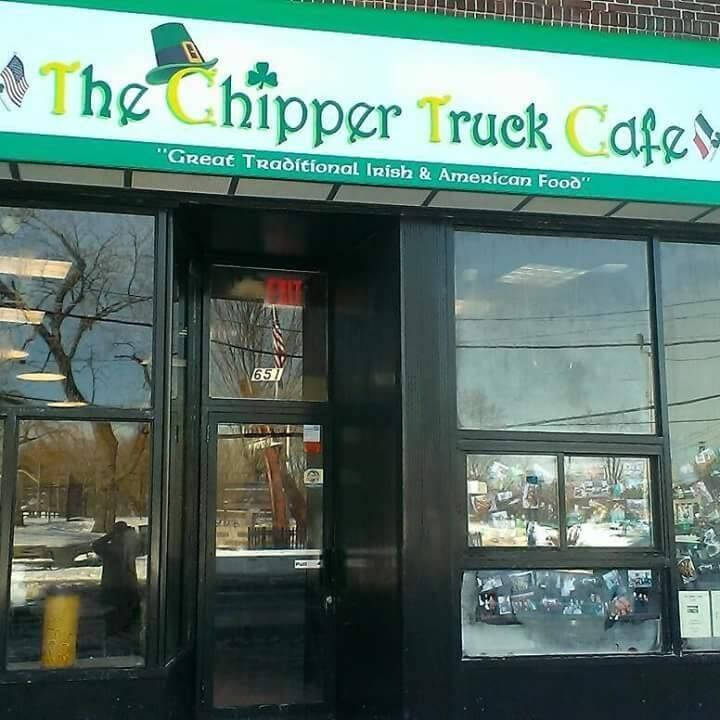 At 5:51 a.m., the Chipper Truck Cafe in Yonkers received the GrubHub order for a breakfast sandwich and a burger — along with the note to call the police. The customer had written: “please call the police his going to call me when u delivered come with the cones please don’t make it obvious.”

“One of our workers got the note through Grubhub and read the note and saw what it said so they called my husband,” Alice Bermejo, who co-owns the Chipper Truck Cafe with her husband Valentino, told USA Today. “He told them to call the police and to cancel the order.”

Normally, Alice added, the restaurant gets much more mundane requests. “People normally put notes like, ‘Can you leave it in my driveway? Can I have extra syrup in my order? Can I have an extra soda?” But never something like this,” she told CBS.

As such, the restaurant workers weren’t sure if the request was real or a prank. But Valentino Bermejo made the call to alert the authorities. “[My husband] was like, ‘Call the police,'” Alice told ABC News. “‘Can’t take any risks. Better safe than sorry.'”

About an hour later, Royal heard a knock on the door and answered it expecting his food delivery. Instead, he was arrested by the New York City Police Department. According to CNN, he’s being charged with committing predatory sexual assault, rape, criminal sexual act, and sexual abuse, according to a criminal complaint.

CNN reports that he’s also facing charges for a sexual assault that happened four days earlier and involved an unidentified 26-year-old woman. In that case, Royal is being charged with strangulation, committing sexual abuse, and an attempted criminal sexual act.

To Alice Bermejo, it’s a shocking — but satisfying — end to the story. She and her husband are “extremely proud” of her employees and happy that the unidentified woman was rescued.

“We’re just grateful that the girl is okay,” she told CNN. “That is the most important thing.”

And to ABC, Alice added: “We really had no idea of the gravity of the situation until after everything had happened.”

She and her husband have also been recognized by GrubHub, who heard about the incident and offered them a financial reward. They gave the Bermejos $5,000 to “invest in [their] business as our way of recognizing [them] for their quick thinking.”

In a statement, they added: “Every time we see a simple but extraordinary act like this, we are amazed by how our partners positively impact their communities. However they decide to use the money, we hope it helps the restaurant and reminds all of their customers of what amazing people they are.”

Bermejo says that the money is an added bonus, as her restaurant has struggled during the pandemic. “We’re very grateful to them,” she told CNN, “because as everybody knows, the pandemic has been tough on everybody.”

But at the end of the day, she’s simply grateful that she could help the woman — and maybe even save her life.

“It’s insane,” she told CBS. “You never think you’re going to be the person to do that or that the situation is going to happen to you.”

After reading about the woman who used GrubHub to escape her kidnapper, learn about the Pennsylvania man who held a woman and her children captive for two years. Or, see how a 911 call ended serial killer Shawn Grate’s killing spree.