Shawn Grate stalked northern Ohio between 2006 and 2016, slaughtering women after sexually assaulting them. He's now on death row, awaiting execution — thanks to one would-be victim's bravery. 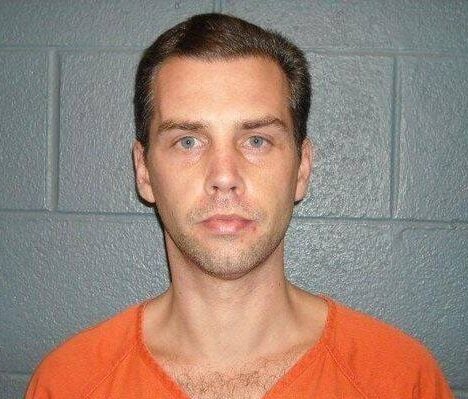 On Sept. 13, 2016, Ashland police received a phone call from a woman who whispered that she’d been kidnapped and was tied up mere feet away from her sleeping abductor. She tried to describe the man who was holding her captive and the house she was in — the best she could manage was that it was next to the Fourth Street laundromat.

“Is there any way you can get out of the building?” the 911 dispatcher asked.

“I don’t know without waking him, and I’m scared,” the woman replied.

While the 911 dispatcher continued talking the caller through escaping, the woman accidentally knocked over her captor’s taser, waking him.

The line went dead briefly, and “Jane Doe” was suddenly minutes away from being the sixth victim of serial killer Shawn Grate, and the race was on for police to rescue the helpless woman. Their rescue of the woman and arrest of Grate continued on the infamous 911 call.

Growing Up, Shawn Grate Was Known As A Laid-Back Charmer — With A Dark Side 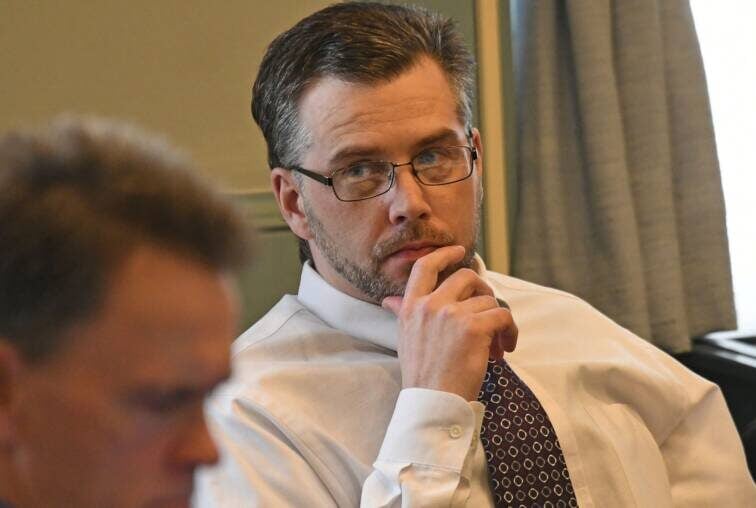 As a teenager growing up in Marion, Ohio, Shawn Grate was well-liked, particularly by girls. He was charming and always had a smile on his face, which did a good job of masking his inner rage, jealousy and simmering violence — for a while, at least.

When he was 18, he was arrested for grabbing his then-girlfriend by the throat. A few years later, he was arrested for breaking into his 17-year-old girlfriend’s home and choking her. Just eight months after this, he broke in again, slipping underneath her couch and hiding until the time was right to pounce. This time, he had a butcher knife in hand.

Still, Shawn Grate’s charm and apparent friendliness were welcoming to women, and he went on to have three children with three different women. His ex-wife Amber Nicole Bowman, however, recalls him saying, “If I can’t see my daughter, no one will.”

By his mid to late 20s, Grate’s behavior became more erratic. He would sink into deep depressive states, unable to get up off the couch at points, according to an ex-girlfriend.

Shawn Grate Saw Women As Meal-Tickets To Be Exploited 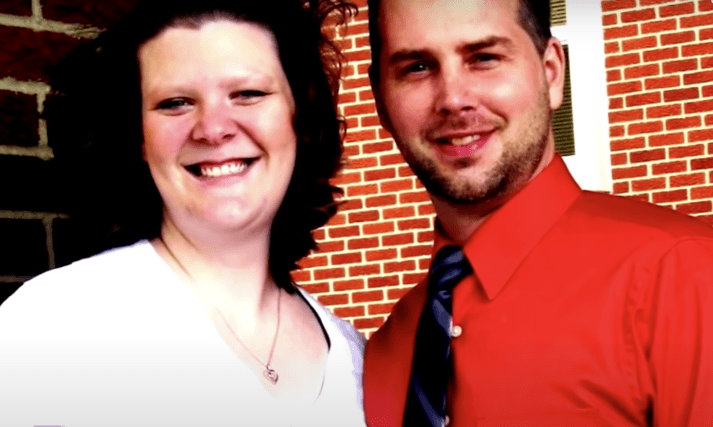 YouTubeGrate with his ex, Christina Hildreth

Eventually, he moved on and began dating Christina Hildreth. The pair were happy and content in the beginning, but Grate couldn’t hide his true colors for long. Not only did he become violent, controlling, and jealous, he would also show sides of being cold and indifferent towards his confused girlfriend.

Once, Grate beat his partner in the face multiple times and grabbed her tightly by the throat — notable, since strangulation was Grate’s preferred method of murder.

Grate was arrested for the attack and jailed for 180 days.

It wasn’t just romantic relationships he struggled with. When Grate asked his friend for a loan, which was declined, he sent his former pal a chilling text: “Meet the other me.”

After this, Grate floated around the city of Mansfield, hopping from woman to woman, taking advantage of their kind natures and offerings of goodwill. Instead of holding down a job, Grate saw women as opportunities. Around this time, he met his first two victims, Rebekah Leicy and Candice Cunningham.

Rebekah was a sex worker — and her body was found in March 2015, her death was ruled an overdose. But her untimely death was far from accidental.

Candice Cunningham lived with Grate in Mansfield before her disappearance in 2015. At the time, the police came up with nothing. There was one person who knew exactly where Cunningham was: Grate. He would eventually lead police to her body, lying behind a burned-down house in Richland county, on the day of his arrest.

Grate’s Hateful Violence Would Only Escalate 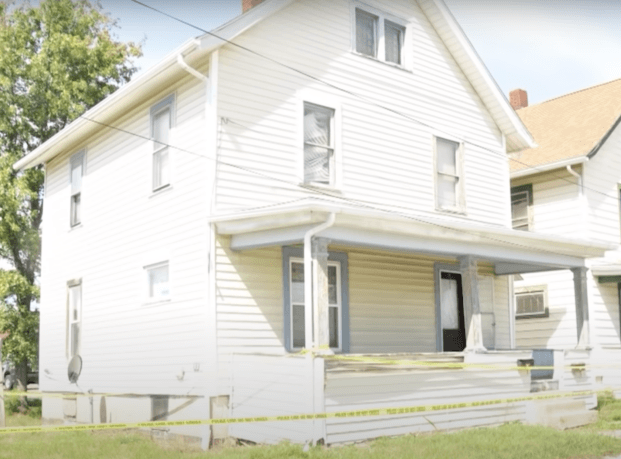 Grate’s violence and depravity were to be turned up a notch with his next victim. Her name has not been identified by police, who refer to her as Jane Doe.

Doe knew Grate as she played badminton with him around her apartment complex, but once Grate had gained her trust, he switched to the violent monster he’d exposed dozens of other women to. He trapped her in his apartment and forced her to endure days of torture and rape.

With her hands bound and tied to the bed, the woman said she was sexually assaulted in “every way imaginable.”

The first night of Doe’s captivity, Grate barely slept, giving her no chance of escape. After another day of incessant torture and assaults, Grate eventually passed out. His phone was right next to him, going off, but the kidnapper seemed to be in too deep of a sleep to acknowledge the phone ringing beside him.

Jane Doe saw this as her opportunity to escape, and she reached over her sleeping captor as stealthily as she could to pick up the phone, and dialed 911, still partially bound.

She spoke as quietly as she could to avoid waking Grate up. “I’ve been abducted,” she whispered. The operator asked if she could escape, to which she replied that she couldn’t because she was scared of waking her attacker up.

Suddenly, the quiet woman said, “Oh, s**t,” and the line went quiet for a few minutes. The operator could only guess what might have been happening to the woman stuck in the bedroom with her violent rapist.

After what must’ve seemed like an eternity, the woman picked the phone back up; she’d bumped Grate’s taser, waking him up. Luckily, he sat up in bed and stared at the floor before laying back down again, not realizing that his victim had the police on the line and had directed them to the house where she was being held hostage.

When police arrived at the property, they were met with more bodies than they’d expected: Grate had been mercilessly killing the women who’d dared to trust him, and some of them were decomposing in the house he was squatting in. 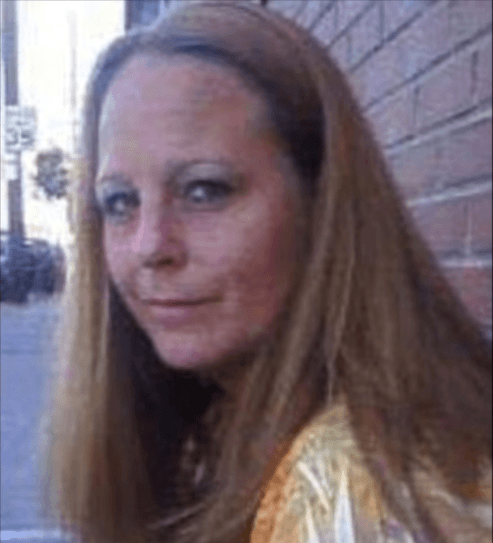 Grate was subsequently arrested and taken in for questioning. The bodies of Stacey Stanley and Elizabeth Griffith were found in the home. Both women had been strangled to death. The twisted web of manipulation and murder that Grate had spent most of his adult life weaving was abruptly unraveling.

After his arrest, Grate was initially hesitant to give any information to police, often clamming up and being incoherent in his answers. However, under persistent questioning, he confessed his litany of crimes. Grate led police to Cunningham’s body in a burned-out house in Richland County. He told police he strangled Rebekah Leicy to death after she stole $4 from him in a bar. 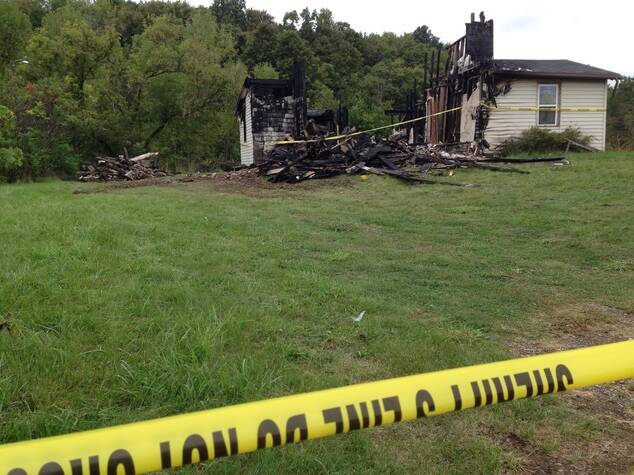 Grate also claims to have killed another woman who was found dead in Marion County in 2007. He told police he thought her name was Dana. The victim was identified in June 2019 via DNA as Dana Nicole Lowrey, 23. Lowrey had two young daughters under the age of 5 at the time of her death.

Prior to sentencing, Grate expressed his fear of facing the death penalty. “I really would like to stay alive through all this,” he told police officers. Chillingly, he also said, “I would have loved to have been able to do a lot, but I know I wouldn’t have been able to get away with it.”

After reading about Shawn Grate, learn about the unsolved mystery of the redhead serial murders. Then, read about Vlado Taneski — the serial killer journalist who reported on his own crimes

Danielle Tinning
A freelance writer from the UK, Danielle Tinning studied media & communications at the University of Cumbria before beginning her career at a small publishing house in 2013. She has since published several books and her writing interests include culture and true crime, on which she has a book due out in 2022.
You might also like
×
Follow ati On
Join The All That's Interesting Weekly Dispatch
Like Follow