Inside Operation Northwoods, The U.S. Military Plot To Incite A War With Cuba

Devised by the Joint Chiefs of Staff in 1962, Operation Northwoods called for CIA agents to attack U.S. military personnel and civilians so they could blame it on Cuba's communist regime. 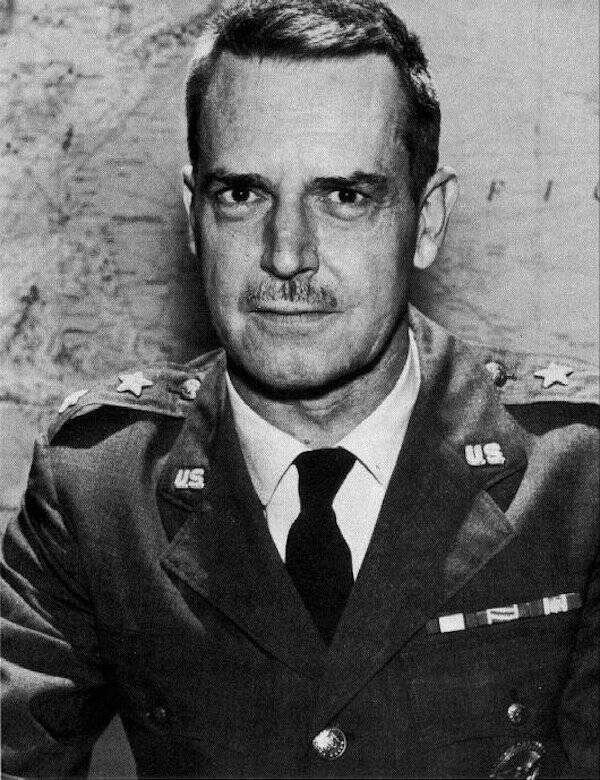 U.S. Air ForceU.S. Air Force General Edward Lansdale was the commander of the anti-Cuban Operation Mongoose, under which Operation Northwoods was developed.

In the early 1960s, America’s leaders turned an increasingly nervous eye south, where communist leader Fidel Castro had risen to power in Cuba. Determined to end his reign, the U.S. government came up with several false flag attacks under the banner of Operation Northwoods.

The classified plan, organized under the umbrella of the anti-Castro Cuba Project, or Operation Mongoose, proposed a number of ways that the U.S. could fake a Cuban attack against America as a way to justify U.S. military intervention in Cuba. Military leaders suggested staging attacks at Guantanamo Bay, sinking ships full of Cuban refugees, and even staging the shooting down of a civilian aircraft.

By 1959, Cold War tensions between the Soviet Union and the United States were nearing a fever pitch, and it was at this moment that Fidel Castro came on the scene. 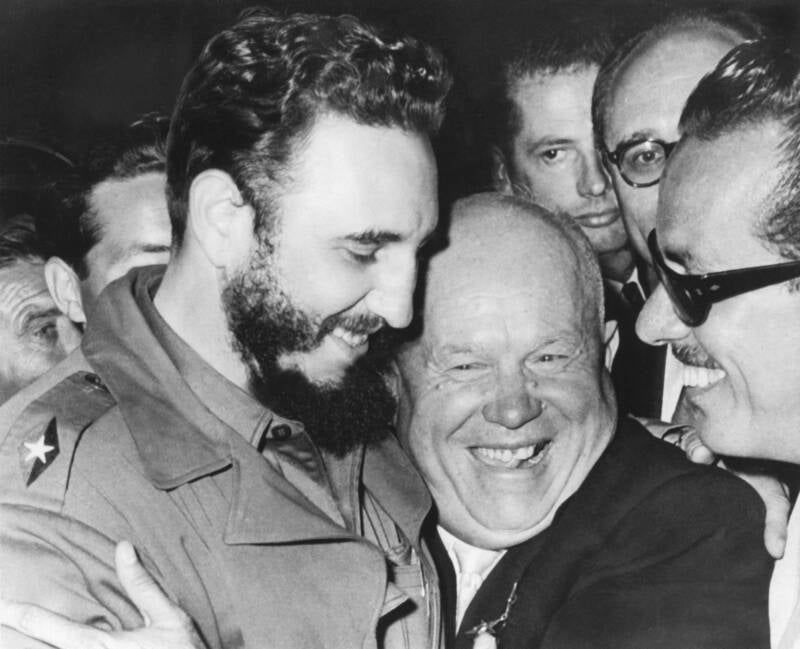 In 1959, the communist revolutionary Castro overthrew the U.S.-backed Cuban leader Fulgencio Batista and established Cuba as the first communist state in the Western Hemisphere. Americans, accustomed to worrying about the distant threat of the U.S.S.R., suddenly had a communist country just 90 miles off the coast of Florida. The Cold War, it seemed, could get hot.

“One should not forget,” Soviet Premier Nikita Khrushchev said in July 1960, driving the point home, “that now the United States is no longer at an unreachable distance from the Soviet Union as it was before.”

U.S. policymakers got the message. And as they publicly declared they would not tolerate “international communism in the Western Hemisphere,” intelligence organizations got to work behind the scenes.

American intelligence first set out to neutralize the Castro threat with the CIA-led Bay of Pigs attack in 1961, developed under President Dwight D. Eisenhower. When that plan failed, according to ABC, U.S. military leadership decided it was their turn.

In 1962, General Edward Lansdale, the chief of operations for the anti-Castro Cuba Project, or Operation Mongoose, asked the Joint Chiefs of Staff for a “brief but precise description of pretexts which would provide justification for US military intervention in Cuba.”

The Plots Proposed By Operation Northwoods

On March 13, 1962, Lemnitzer presented Operation Northwoods to Defense Secretary Robert McNamara. Approved by the Joint Chiefs of Staff, the document outlined a number of ways that the U.S. could incite a war with Cuba. 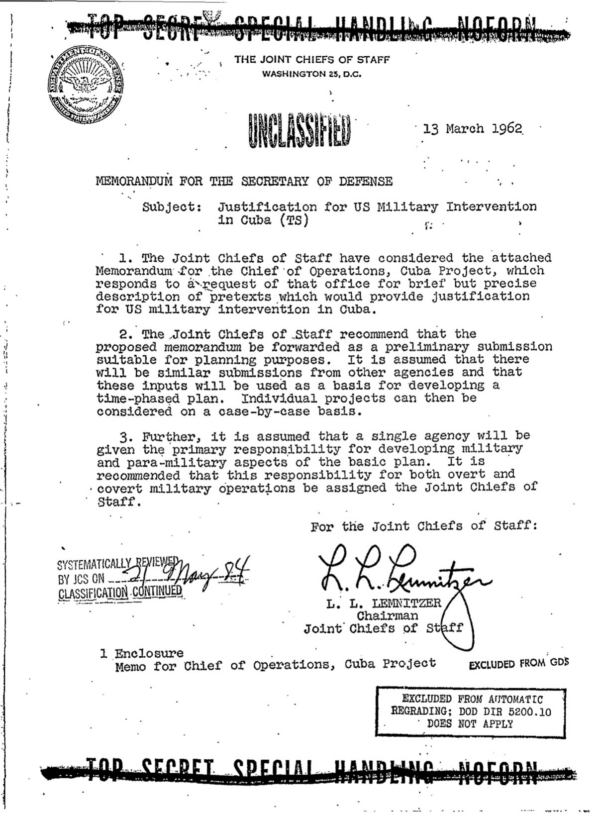 Public DomainOperation Northwoods suggested a number of false flag attacks that could incite a war with Cuba.

One plan suggested inventing “well-coordinated incidents… in and around Guantanamo” to make it seem like the U.S. base was under attack. To make the attack seem credible, Operation Northwoods suggested using rumors, “friendly” Cubans, starting fires, and conducting mock funerals for “victims.”

Another proposed a “Remember the Maine incident,” referring to the U.S.S. Maine, which blew up under mysterious circumstances in Havana harbor in 1898 and gave the U.S. justification to go to war with Spain. The 1962 version of this plan, Operation Northwoods proposed, “could be arranged in several forms.”

The U.S. could “blow up a US ship in Guantanamo Bay and blame Cuba.” Or, they could blow up an unmanned vessel, then conduct a fake rescue operation. “Casualty lists in US newspapers would cause a helpful wave of national indignation,” the report noted.

Other suggestions in Operation Northwoods involved developing a “Communist Cuban terror campaign” in Florida or perhaps Washington D.C., sinking a boat of Cuban refugees (“real or simulated”), plotting public attacks on Cuban refugees, exploding bombs, and planting evidence that suggested that Cuba was plotting an attack in South America.

But perhaps the most ambitious plot in Operation Northwoods involved a civilian airliner. This plan proposed creating an “incident which will demonstrate convincingly that a Cuban aircraft has attacked and shot down a chartered civil airliner.”

The airline in question could be “charted” by fake college students “or any groupings of persons with a common interest” and convincingly painted to make it seem real.

In the end, however, Operation Northwoods never got further than a memo. According to ABC, President John F. Kennedy told Lemnitzer directly on March 16, 1962, that he had no plans to use any sort of force to take Cuba.

“Operation Northwoods, all the crazy schemes they devised to invade Cuba, shocked him, horrified him,” Oliver Stone, who directed the 1991 movie JFK and produced the documentary JFK Revisited: Through the Looking Glass, which suggested that the government killed the president, told Jacobin. “That’s what he was dealing with — a war-state mentality that came out of the 1950s.”

The Legacy Of Operation Northwoods

For decades, according to James Bamford, who brought Operation Northwoods to light in his 2001 book Body of Secrets, the set of anti-Castro plots was stuffed into a drawer. 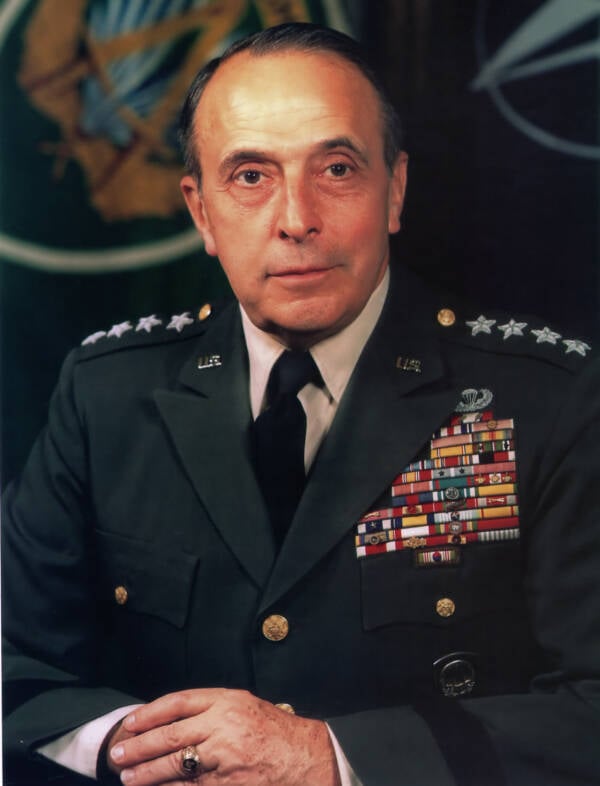 U.S. Department of DefenseGeneral Lyman L. Lemnitzer, the chairman of the Joint Chiefs of Staff during the creation of Operation Northwoods.

“The reason these were held secret for so long is the Joint Chiefs never wanted to give these up because they were so embarrassing,” Bamford told ABC, calling Operation Northwoods one of the “most corrupt [plans] ever created by the U.S. government.”

He added, “The whole point of a democracy is to have leaders responding to the public will, and here this is the complete reverse, the military trying to trick the American people into a war that they want but that nobody else wants.”

Though most of the leading players in Operation Northwoods have since died — Kennedy, of course, was assassinated in November 1963 — those close to the president have flatly denied any knowledge of the anti-Castro plot.

“I’ve never heard of Operation Northwoods. Never heard of it and don’t believe it,” Theodore Sorenson, Kennedy’s White House special counsel, told The Baltimore Sun in 2001. “Obviously, it would be totally illegal as well as totally unwise.”

And Robert McNamara, who allegedly saw the plan before the president, also denied knowing about it. “I never heard of it,” he told The Baltimore Sun that same year. “I can’t believe the chiefs were talking about or engaged in what I would call CIA-type operations.”

As such, the legacy of Operations Northwoods is an appropriately mysterious one. Though it reflects Cold War tensions and fears about Cuba, it also reveals what methods American military brass were willing to consider. Had the operation succeeded, Bamford noted, the U.S. would have imposed military rule over Cubans.

“That’s what we’re supposed to be freeing them from,” he told ABC.

“The only way we would have succeeded is by doing exactly what the Russians were doing all over the world, by imposing a government by tyranny, basically what we were accusing Castro himself of doing.”

After reading about Operation Northwoods, see how British intelligence hoodwinked the Nazis with an ambitious plot dubbed Operation Mincemeat. Or, look through these false flag conspiracy theories that are totally false.