The True Story Of Operation Mincemeat, The British Plot That Used Fake Documents And A Drifter’s Corpse To Fool The Nazis

Operation Mincemeat allowed British intelligence operatives to trick Hitler into thinking that the Allies were about to invade Greece and not Sicily — leaving the Nazis vulnerable and changing the course of World War II. 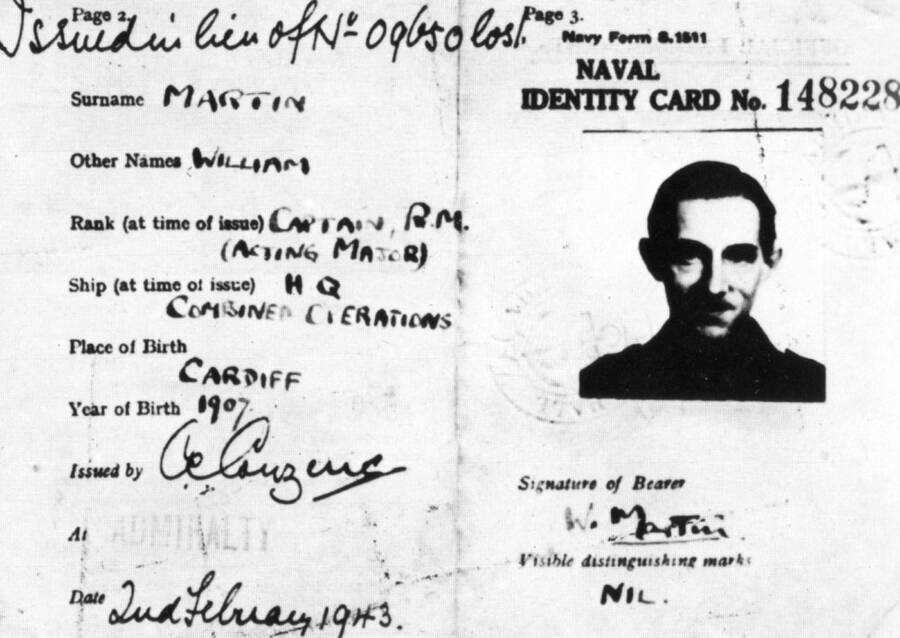 On a spring day in 1943, the body of a British soldier holding a briefcase full of classified material washed ashore near Huelva, Spain. The fishermen who found him alerted the Spanish authorities, who notified the Nazis. But the waterlogged corpse was actually part of an elaborate ruse codenamed Operation Mincemeat.

The scheme, masterminded by British intelligence, was one of misdirection. The British hoped that the documents with the fake soldier would convince the Nazis that the Allies were planning to invade Greece and Sardinia — and not Sicily, as they planned.

Though this ambitious mission sounds like something from a spy novel, it did the trick. The Nazis shifted their troops to Greece, and the Allies succeeded in taking Sicily. Now, this astonishing true story has been dramatized in the movie Operation Mincemeat, starring Colin Firth and Matthew Macfadyen.

Why The British Designed Operation Mincemeat

By the end of 1942, the dynamics of World War II had started to shift. The Allies had successfully battled the Axis powers in North Africa and had begun to contemplate shifting their focus to Europe. They wanted to take Sicily — but worried that it was too obvious a strategy. 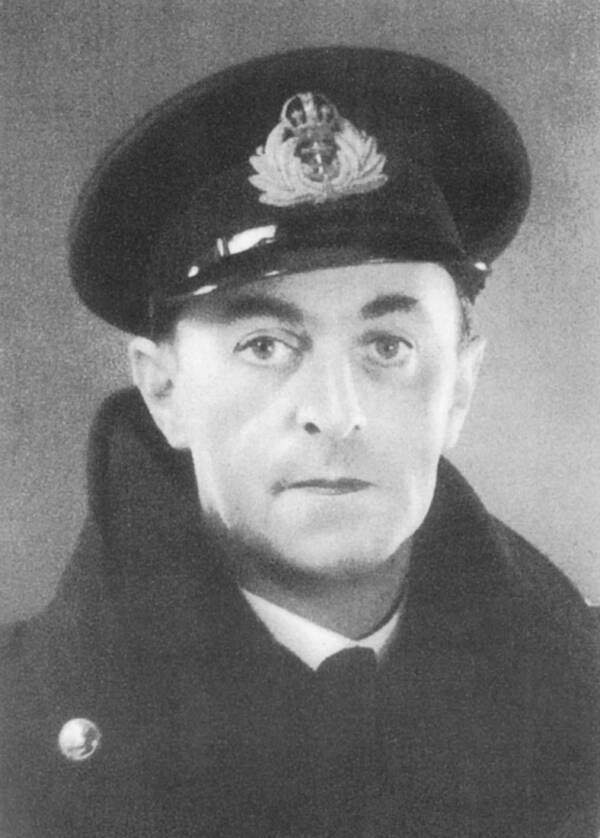 Public DomainBritish Naval intelligence officer Ewen Montagu, who helped create and carry out Operation Mincemeat in 1943. He later published a best-selling book about the plot.

“Everyone but a bloody fool would know that it’s Sicily,” Prime Minister Winston Churchill said at the time.

Obvious or not, the Allies were convinced that they needed to take the strategically placed island, which Churchill described as “Europe’s soft underbelly.” To do so, British intelligence began to develop Operation Barclay, a disinformation campaign that indicated their focus was in the Balkans.

Out of this scheme came a wildly ambitious plot — to dispatch a corpse with fake “classified” documents to trick the Nazis. The idea was first floated in a 1939 memo written by Britain’s director of naval intelligence, John Godfrey — but which, according to History Extra, was probably written by his assistant, future James Bond author Ian Fleming.

The memo, called the Trout Memo, suggested several different ways that British intelligence could use disinformation. Idea #28 proposed: “A corpse dressed as an airman, with despatches in his pockets, could be dropped on the coast, supposedly from a parachute that had failed.”

It added: “I understand there is no difficulty in obtaining corpses at the Naval Hospital, but, of course, it would have to be a fresh one.”

Before long, the so-called Operation Mincemeat was put into action. But intelligence officers had one problem — they needed a body.

The task of developing Operation Mincemeat — and finding a body to serve its purposes — fell to intelligence agents Ewen Montagu and Charles Cholmondeley. According to Sky History, Montagu got in touch with a London coroner, who alerted him about a body found in a warehouse in King’s Cross.

The body belonged to a 34-year-old Welsh man named Glyndwr Michael, a homeless man who’d died after ingesting rat poison. He perfectly fit Montagu and Cholmondeley’s purposes, and they began to develop a fake identity for him as a British soldier named Captain (Acting Major) William Martin.

But for Operation Mincemeat to work, Montagu and Cholmondeley needed to give their fake soldier’s corpse more than a name and a rank. So, they began to create a rich, detailed life for the soldier who didn’t exist, including a fiancée named Pam and a tense relationship with his imaginary father. 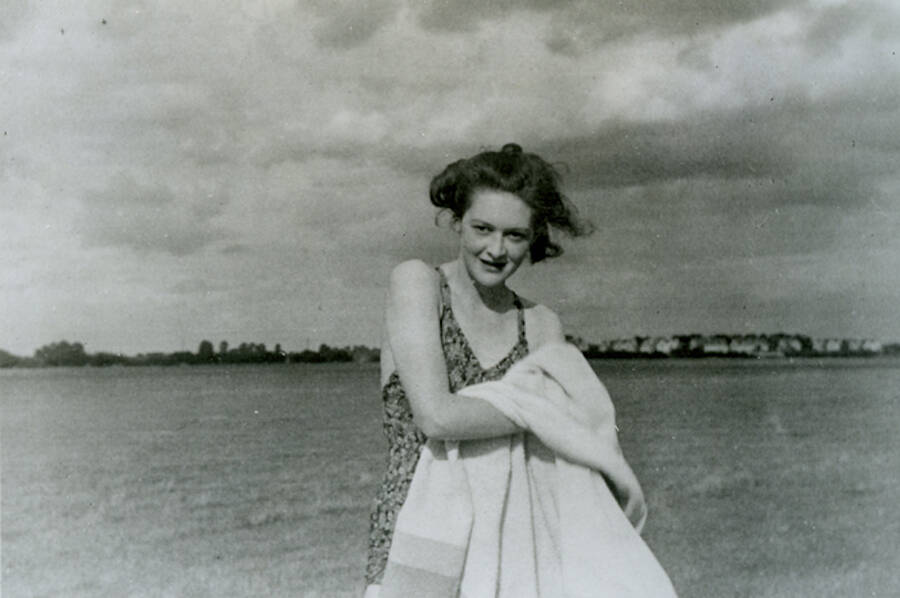 National ArchivesIntelligence officers included this photograph of a fictional fiancée named “Pam” with the body to add to its authenticity. In reality, the photo is of an MI5 staff member.

“Don’t please let them send you off into the blue the horrible way they do nowadays — now that we’ve found each other out of the whole world, I don’t think I could bear it,” read a letter from “Pam” that the agents made up. They even had an MI5 clerk, Jean Leslie, pose for a photograph.

Montagu and Cholmondeley didn’t skimp on the details of Martin’s fake life. Their fake soldier also carried a contentious letter from his father, theater ticket stubs, stamps, a receipt for a diamond engagement ring, and even a notice from Lloyd’s Bank demanding repayment for a recent overdraft.

“The level of detail they went to was incredible: including wearing the supposed Martin’s uniform and underwear so it would seem worn to the right extent,” historian Ben Macintyre, who wrote the 2010 book Operation Mincemeat: How a Dead Man and a Bizarre Plan Fooled the Nazis and Assured an Allied Victor told the BBC.

Crucially, the intelligence agents also included a letter labeled “PERSONAL AND MOST SECRET” from Lieutenant General Sir Archibald Nye, the vice-chief of the Imperial General Staff. It suggested that the British planned to build up their forces in Greece and Sardinia — not in Sicily.

The letter even said, “We stand a very good chance of making [Hitler] think we will go for Sicily – it is an obvious objective and one about which he must be nervous.”

With that, Operation Mincemeat was ready to begin.

Ten days before he washed up on shore in Spain, Ewen Montagu and Charles Cholmondeley bundled “Captain William Martin” into a truck filled with dry ice and drove to Scotland. From there, they loaded him onto the submarine HMS Seraph, which took him to the Spanish Gulf of Cádiz. 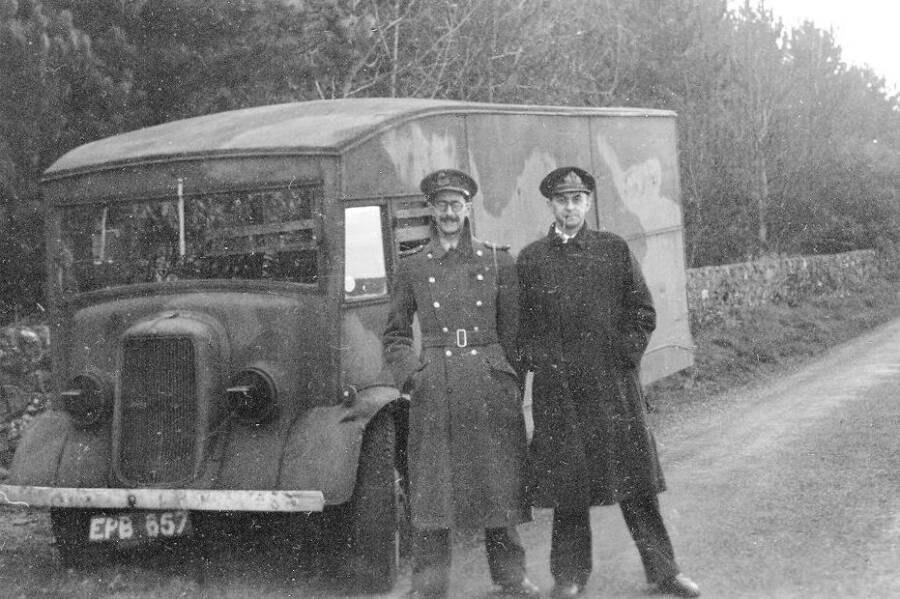 About a mile from the coast, officers lowered his body into the water and revved the submarine’s engines to push it to shore. Incredibly, their gambit worked. On April 30, 1943, a sardine fisherman found the dead man — and the briefcase chained to his wrist — and reported it to Spanish authorities.

Though Spain was officially neutral during World War II, British intelligence knew very well that the Nazis had a presence in the country. And indeed, the discovery of the body was swiftly reported to the Abwehr, German military intelligence, via a spy named Adolf Clauss.

Just in case, however, the British also sent a letter to Spain asking for the man and his briefcase back. “Secret papers probably in black briefcase, earliest possible information required, it should be recovered at once, care should be taken that it does not get into undesirable hands,” the letter read.

The Germans bought it. According to Sky History, the briefcase was examined, and Nye’s fake letter was opened. Then, the Germans soaked it in seawater to make it seem like it had never been touched.

They didn’t realize that Montagu and Cholmondeley had left an eyelash in the letter to discern if anyone had opened it. And, sure enough, the eyelash was gone when the briefcase was returned.

But did Operation Mincemeat actually make a difference?

How Operation Mincemeat Led To A Successful Invasion Of Sicily

After Nazi spies examined William Martin’s body in Spain, Germany’s war strategy took a dramatic turn. The Germans moved tanks from France to Greece and poured men and weapons into the Balkans. They even redistributed their forces from Sicily. 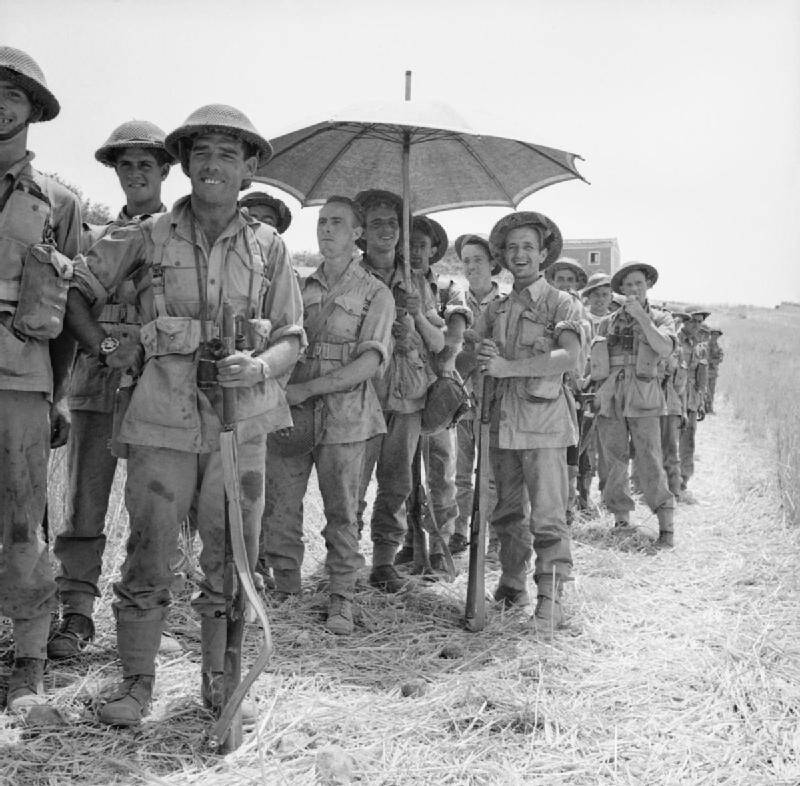 Imperial War Museum/Public DomainBritish troops await orders to march on the town of Centuripe, Sicily, on Aug. 2, 1943, just a week before the Naxis’ evacuation began.

And when the Allies invaded Sicily on July 10, 1943 — as they’d planned all along — they were able to capture the island in just over a month of fighting. And they suffered far fewer casualties than initially predicted.

In fact, Operation Mincemeat worked so well that Hitler first assumed that the Sicily invasion was a sleight of hand meant to distract him from the future invasion of Greece that he thought was coming.

“‘What if’ history is always dangerous,” Ben Macintyre told History Extra. “But I think it is fair to say, at the very least, that without Operation Mincemeat, Adolf Hitler would not have diverted troops to Greece, making the invasion a great deal harder and slower – if not impossible.”

He added, “Had the deception been exposed as such, the outcome might well have been catastrophic and altered the course of the war.”

Despite the seemingly dramatic results of Operation Mincemeat, no one knew about the daring plot until 1953. Then, Ewen Montagu described it in his book The Man Who Never Was, which was turned into a film a few years later. Now, the story has a film for a new generation with the Netflix movie Operation Mincemeat.

But the homeless man used for the plot — Glyndwr Michael — was largely forgotten. He was even buried under his fake name in Huelva, Spain. It wasn’t until 1998 that his tombstone was updated with the line “Glyndwr Michael; Served as Major William Martin, RM” (Royal Marines).

Michael, Montagu later said, was “a bit of a ne’er-do-well… the only worthwhile thing that he ever did he did after his death.”

But Macintyre sees things a bit differently. He told the BBC, “Glyndwr Michael is possibly the most unlikely hero of the entire Second World War.”

After reading about Operation Mincemeat, see how Operation Quicksilver helped the Allies cover up their plans for D-Day. Then, read the incredible stories of these 11 World War II resistance fighters.