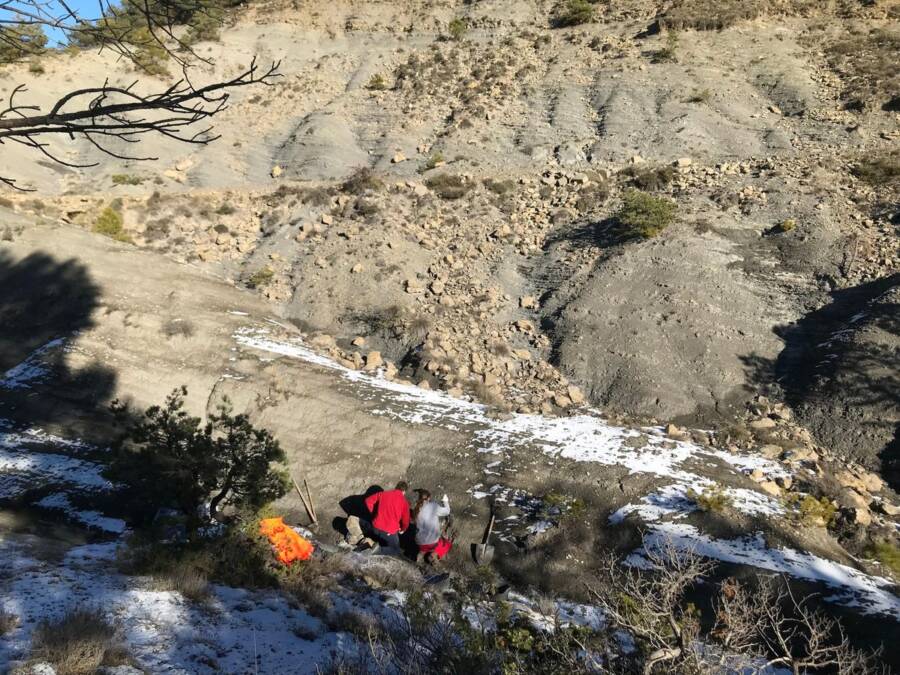 As a hiker made their way through the Pyrenees in 2016, they stumbled upon some bone fragments sticking out of the ground near the Spanish village of Coll de Nargó. Now, after returning to the site and excavating a fossilized pelvis and carapace (shell), researchers have determined that the bones belonged to a monstrous prehistoric turtle.

According to a study published in Scientific Reports the turtle lived about 72 million years ago. It was 12 feet long and weighed about two tons, making it the largest turtle specimen ever discovered in Europe. Scientists dubbed it Leviathanochelys aenigmatica, or “enigmatic leviathan turtle” because of its size and because of a mysterious bone structure.

As the Natural History in London reported, researchers found that the turtle had a strange bone protruding from the side of its pelvis. Known as an accessory pubic process, such a feature has never been documented in any turtles — living or dead — before.

“We speculate that this process served as an additional anchor point for muscles controlling the turtle’s abdominal contraction,” Àngel Hernández Luján, co-author of the new study, told the Natural History Museum. “This could mean it had a role related to the respiratory system and could have helped the giant turtle to maximize its breathing capacity at great depths.” 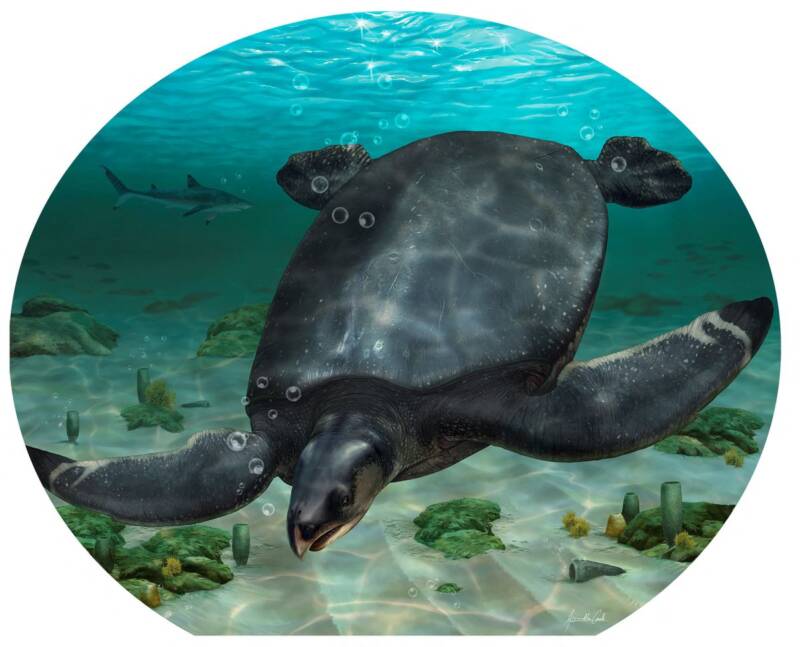 Though Leviathanochelys aenigmatica is the largest turtle fossil ever found in Europe, it’s not the largest ever discovered. According to Reuters, that honor belongs to Archelon, a giant sea turtle that lived some 70 million years ago and could reach lengths of 15 feet.

“Leviathanochelys was as long as a Mini Cooper while Archelon was the same size as a Toyota Corolla,” paleontologist and study co-author Albert Sellés of the Institut Català de Paleontologia (ICP), a research center affiliated with Universitat Autònoma de Barcelona, told Reuters.

Still, Leviathanochelys‘ size would have served it well 72 million years ago. As Reuters notes, the prehistoric seas teemed with monstrous creatures like mosasaurs, extinct marine reptiles that could grow up to 50 feet long.

“Attacking an animal of the size of Leviathanochelys possibly only could have been done by large predators in the marine context,” Oscar Castillo, the study’s lead author and a paleontology graduate student at Universitat Autònoma de Barcelona, told Reuters. “At that time, the large marine predators in the European zone were mainly sharks and mosasaurs.”

He added: “During the Cretaceous, there was a tendency in marine turtles to increase their body size. Leviathanochelys and Archelon might represent the apex of this process. The reason for this increase in body size has been hypothesized to be predatory pressures, but there might be other factors.” 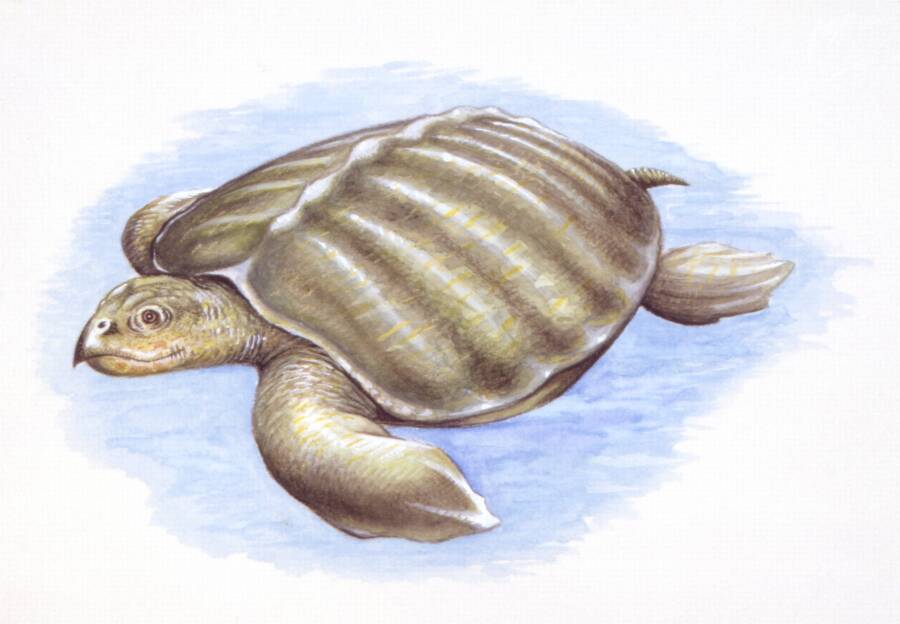 De Agostini via Getty ImagesThe largest turtle species ever discovered is Archelon, depicted here, which could grow up to 15 feet long.

As the Natural History Museum noted, turtles today are much smaller than Leviathanochelys and Archelon. The largest living turtle today is the leatherback sea turtle, which can grow up to seven feet long.

“Compared to the turtles alive before the end of the Cretaceous, living turtles are not as large as their ancient relatives,” Sandra Chapman, the Museum’s former Curator of Fossil Reptiles and Birds, explained. “We’ve not seen their enormous sizes achieved again.”

The fossils of other giant prehistoric turtles, like Protostega and Stupendemys, have largely been discovered in the Americas, according to Reuters. But researchers are hopeful that more giant turtle species like Leviathanochelys aenigmatica will be found in Europe.

“We are optimistic, and believe that it is possible to find more giant turtle species in Europe,” Luján told the Natural History Museum. “Fragmentary remains of large marine turtles have previously been found throughout Europe, but none of them are as complete as Leviathanochelys.”

Luján added: “It is just a matter of time before new species of large-bodied sea turtles from the time of dinosaurs are discovered.”

After reading about the car-sized turtle fossil discovered in Spain, discover the sad story of the sea turtle who died after having 1,000 coins removed from its stomach. Or, look through this list of some of the most incredible prehistoric animals who ever roamed the Earth.