Archaeologists Unearth The Tomb Of A Previously-Unknown Egyptian Queen

A team of archaeologists in Saqqara recently the pyramid of Queen Neith — who they didn't even know existed until now. 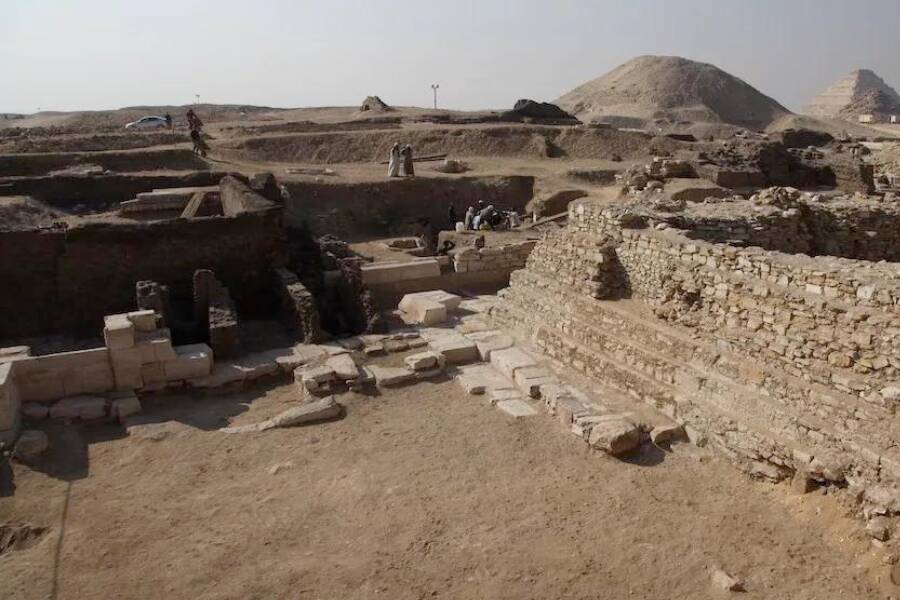 Zahi HawassSaqqara has been the scene of many astounding archaeological discoveries since 2020.

Almost exactly 100 years after the discovery of King Tut’s tomb, archaeologists in Giza made another find that rewrites much of what we know about ancient Egyptian royalty. Researchers have now uncovered the existence of a queen named Neith, who had remained unknown even to the experts for millennia.

At the Saqqara archaeological site just south of Cairo, researchers unearthed hundreds of tombs, which Live Science reports may have held the closest generals and advisors to King Tut.

Among the coffins, archaeologists also found a “huge limestone sarcophagus” and “300 beautiful coffins from the New Kingdom period,” said Zahi Hawass, an archaeologist on the dig who previously served as Egypt’s Minister of Antiquities.

“The coffins have individual faces, each one unique, distinguishing between men and women, and are decorated with scenes from the Book of the Dead,” Hawass said. “Each coffin also has the name of the deceased and often shows the Four Sons of Horus, who protected the organs of the deceased.”

More importantly, however, the team of archaeologists found a pyramid they believe belonged to an ancient Egyptian queen — one who had, until now, been unknown to them.

“We have since discovered that her name was Neith, and she had never before been known from the historical record,” Hawass said. “It is amazing to literally rewrite what we know of history, adding a new queen to our records.”

Neith was the Egyptian goddess of war and the patroness of the city of Sais. According to the Egyptian Museum, the goddess remained an important figure in Egypt for an extremely long period of time — from the Predynastic Period to the arrival of the Romans.

Some legends say she was present during the creation of the world; others list her as the mother of Ra, the sun god, Egyptian king of deities, and father of creation. Some stories additionally credit her with being the mother to Sobek, the crocodile god, and worship her as the creator of birth.

The goddess Neith also served several roles in the afterlife due to her associations with war, weaving, and wisdom.

While much of the life of the real Queen Neith still remains unknown, the discovery of her pyramid is likely to provide significant insight into her role.

Hawass also believes that the newly-discovered burials are from the New Kingdom, unlike previous discoveries at Saqqara which dated back to the Old Kingdom or the Late Period.

“Burials from the New Kingdom were not known to be common in the area before, so this is entirely unique to the site,” Hawass said. 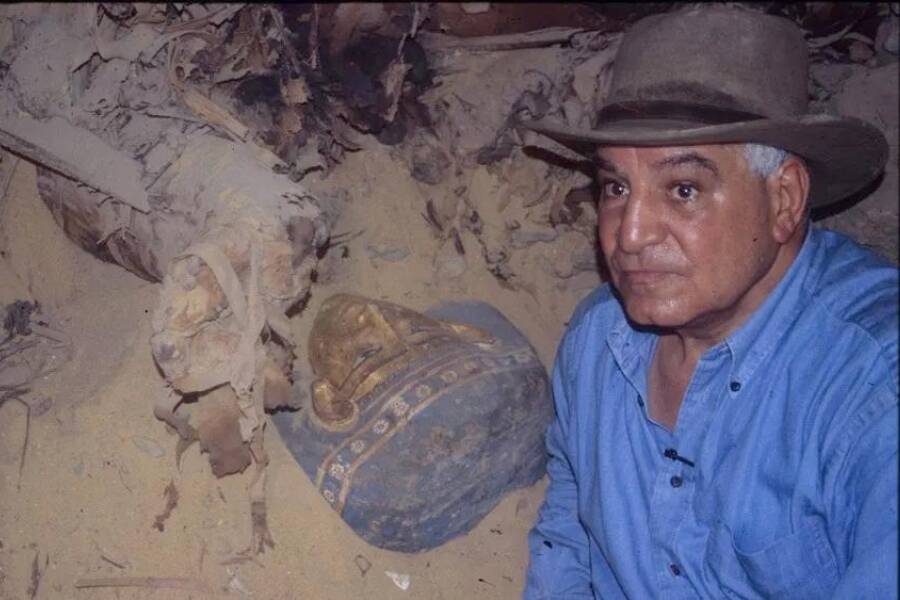 Zahi HawassZahi Hawass at the dig site in Saqqara.

As Artnet reports, the Saqqara dig has been underway since 2020 and has yielded a host of remarkable discoveries, including a series of 22 interconnected tunnels.

Digs at the site have also unearthed objects related to the pharaoh Teti, the sarcophagus of King Ramses II’s treasurer, the mummy of a woman with a solid gold mask, pieces from the ancient game of Senet, and a soldier buried with a metal axe in his hand.

“Teti was worshipped as a god in the New Kingdom period, and so people wanted to be buried near him,” Hawass said.

Many of these objects will be displayed at the Grand Egyptian Museum, set to open next year in Giza.

After reading about the discovery of Neith’s tomb, discover the most interesting facts about ancient Egypt. Then read about Anubis, the god of death.