On December 28, 1992, nine-year-old Katie Beers was captured by family friend John Esposito — then held prisoner and abused for weeks. 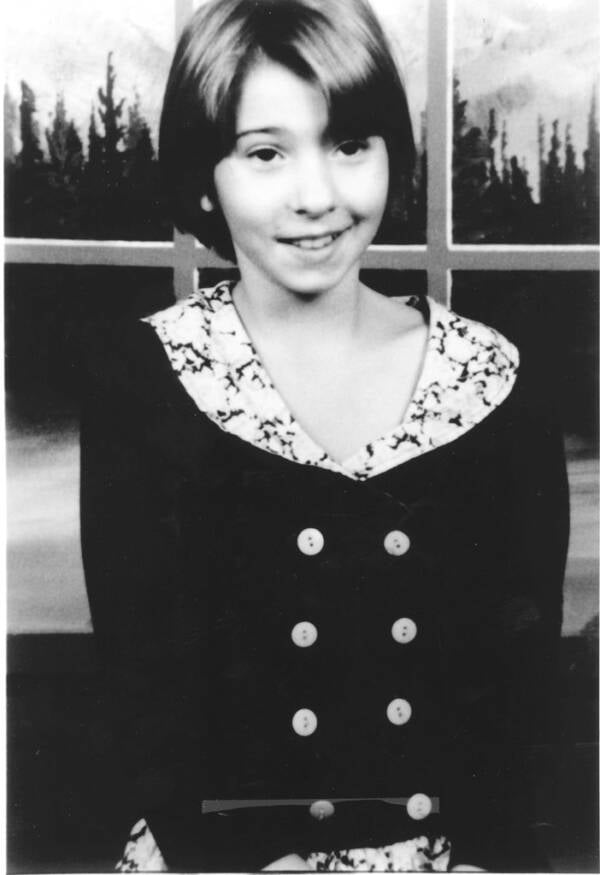 YouTube/True Crime DailyKatie Beers was just about to turn 10 years old when she was kidnapped by a predatory friend of the family and held prisoner for more than two weeks.

Just a few days before her 10th birthday in 1992, Katie Beers of Bay Shore, New York was lured into the home of a neighbor and family friend named John Esposito. He then held her captive in an underground bunker and sexually abused her for 17 horrifying days in a custom-made prison. He even told her that she would spend the rest of her life there as his prisoner.

However, Katie Beers’ horrific experience ended just as suddenly as it had begun, when Esposito confessed and she was rescued. However, her release from underground captivity also meant that she was liberated from her own family — who had been abusing the girl since she was just two years old.

This is the disturbing story of Katie Beers’ kidnapping and salvation.

Katherine Beers was born in New York on Dec. 30, 1982. In her early childhood, she lived on Long Island with her biological mother and older half-brother, John Beers. Her mother, Marilyn, was neglectful of Beers and older brother, frequently leaving Katie in the care of godmother Linda Inghilleri and her husband, Sal.

This domestic arrangement was far worse as Katie Beers endured consistent sexual abuse at the hands of Sal Inghilleri. “I was sexually abused, physically abused, emotionally abused, and verbally abused,” Beers said, according to ABC News.

In an atmosphere that allowed sexual abuse to thrive, predatory family friend John Esposito hovered on the periphery of the children’s lives, showering young Katie and her brother John with attention and gifts. Esposito reportedly started sexually abusing John until Esposito believed he was “too old.”

In 1978, Esposito had pleaded guilty to the attempted abduction of a seven-year-old boy from a shopping mall, avoiding prison time, but Beers’ family appeared none the wiser. Beers would later say of her childhood, “I grew up in a world where abuse was swept under the rug, and not reported. Abuse wasn’t reported because the community didn’t know it was happening, abuse wasn’t reported because the community turned a blind eye, ignored it, didn’t report it, or didn’t know where to report it.”

Ironically, Beers’ abusive childhood gave her the mental fortitude she would soon need to survive a far more terrifying ordeal. 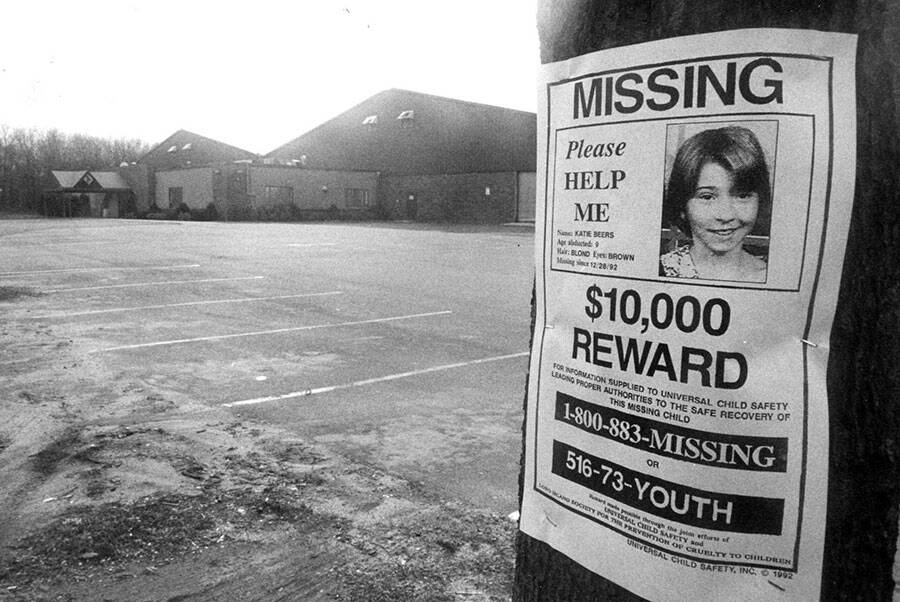 On Dec. 28, 1992, two days before Katie Beers turned 10, John Esposito offered to take her on a birthday shopping trip — but took her to his home instead. Esposito, 43, lived in his family home on 1416 Saxon Avenue in Bay Shore, a middle-class hamlet on Long Island.

A building contractor, Esposito had built his own apartment over the garage, a few yards from the main house. He put up posters in local stores, advertising himself as a “Big Brother,” with boys spending weekends hanging out at his renovated garage. Esposito was largely left to his own devices by his family when they all lived together, with intercoms located throughout the house.

According to The Los Angeles Times, Esposito’s fraternal twin said that “none of us ever had a reason to go back there.” What his family didn’t know was that Esposito had built a subterranean tunnel leading to a concrete dungeon just underneath his garage.

Once inside Esposito’s garage apartment, Beers played a video game in the man’s bedroom. And when Esposito made sexual advances toward the girl and she rebuffed him, Esposito forced her down into his concrete bunker. The six-foot-long tunnel entrance was concealed behind a 200-pound concrete trap door, with door itself hidden by a removable bookcase in Esposito’s office.

Beers would spend the next 17 days imprisoned in this six-by-seven-foot space that contained an even smaller, coffin-sized soundproof room containing little more than a bed and a television. The bunker itself had a toilet and CCTV system prepared years ago by Esposito specifically for Beers’ arrival.

Shockingly, Beers even recalled playing in the dirt created by the freshly dug hole a few years earlier.

With Beers his prisoner, Esposito devised an explanation for her disappearance and an alibi for himself, forcing Beers to record a taped message saying a man with a knife had kidnapped her, according to Beers’ memoir, Buried Memories.

“Aunt Linda, a man kidnapped me and has a knife — and, oh no, here he comes right now,” the message read, in part.

Esposito then headed to the Spaceplex arcade in Neconset, using a pay phone outside to play Beers’ recorded message. Afterward the kidnapper entered the arcade and feigned panic, telling the staff he had lost Beers inside. 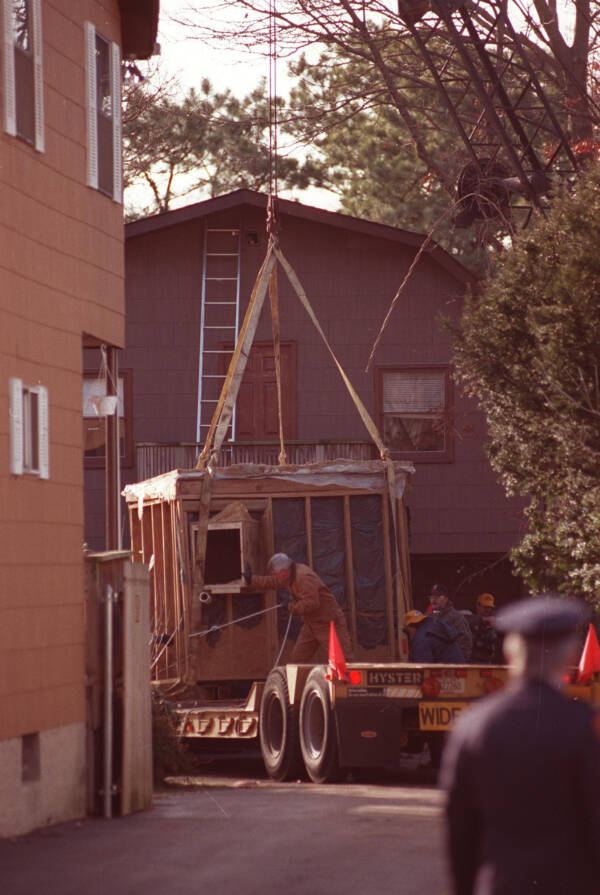 For the next 16 days, John Esposito descended into the tunnel and sexually abused Katie Beers. During these moments he allowed Beers into the slightly larger part of the bunker, but returned her to her coffin-sized cell before leaving.

Esposito gave the girl blankets, toys, junk food, and soda during his frequent visits to her cell, while the television became Beers’ lifeline: News reports on the continued search for her provided desperately-needed hope during her nightmarish captivity.

Beers had also squirreled away a key to her lock and chain, and was able to access the larger part of the bunker in Esposito’s absence. Afraid that Esposito would abuse her in her sleep, Beers managed to stay awake most of the time — and when Esposito wanted to photograph her with her eyes closed as if she were dead, she refused, knowing well that the search for her would then end.

Esposito told Beers he intended to keep her in the bunker for the remainder of her life, but the 10-year-old girl outwitted her captor. Beers asked Esposito a series of shrewd questions designed to sow doubt in his mind about how the whole thing was going to work out. How would she go to school? Where would she work?

Esposito insisted he had enough money to support them both — then, chillingly, told Beers that when she was 18, he would marry her and have children with her. However, Beers’ questioning had the desired effect and got Esposito concerned that the police might have been closing in.

The Shocking Rescue Of Katie Beers

Upon Katie Beers’ disappearance, police identified Esposito as a primary suspect based on his history and proximity to the family. They had also determined that Esposito’s phone call was a recording due to the absence of any background noise, and witnesses at Spaceplex stated Esposito arrived alone on the day Katie Beers disappeared.

Under constant surveillance, Esposito caved under the intense pressure, and on January 13, 1993, he confessed via his attorney, leading officers to Beers’ concrete prison. She had been stuck under the earth for 17 long days.

Esposito pleaded guilty to kidnapping on June 16, 1994 and was sentenced to 15 years to life in prison. Ten pending charges, including sexual abuse and endangering the life of a child, were dropped in exchange for the plea. However, Sal Inghilleri didn’t escape justice either — serving 12 years for his sexual abuse of Beers prior to her kidnapping.

Katie Beers was immediately placed with a loving foster family in East Hampton, New York, allowing her to finally escape a life of abuse, as reported by CBS News.

As an adult, Beers revisited the torment of her imprisonment by coauthoring her memoir and became an inspirational speaker. She lives in rural Pennsylvania with her husband and two children. Meanwhile, on Sept. 4, 2013, John Esposito was found dead in his prison cell due to apparent natural causes.

After learning about Katie Beers, read about Louise Turpin, the woman who kept her 13 children captive for years. Then, learn the brutal fate of Maddie Clifton, who was murdered at eight years old by her 14-year-old neighbor.