Heaven’s Gate And How The Cult Self-Destructed 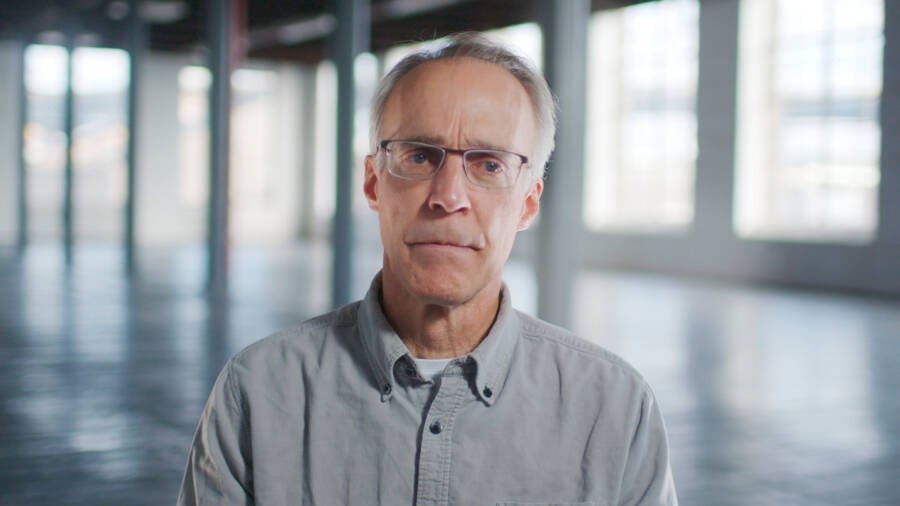 Lucky8 ProductionFrank Lyford spent 18 years in Heaven’s Gate — and lost the love of his life to the famous cult.

Lyford left the cult in 1993, a few years before the group’s infamous mass suicide shocked America in 1997. In total, 39 bodies were discovered in the cult’s Rancho Santa Fe compound. They included Lyford’s friends, his cousin, and Erika Ernst — the love of his life.

Founded by self-described prophet Marshall Applewhite, the Heaven’s Gate cult convinced followers that they had to free their mortal souls to board a spaceship flying in the wake of the Hale-Bopp comet. This aerial ark would take them to “The Next Level” — an androgynous alien planet.

As recently as 2019, Lyford admitted that he still thinks about the famous cult. And the images of his dead friends — found covered in purple shrouds, wearing matching Nike sneakers, with plastic bags over their heads — haunt him to this day. 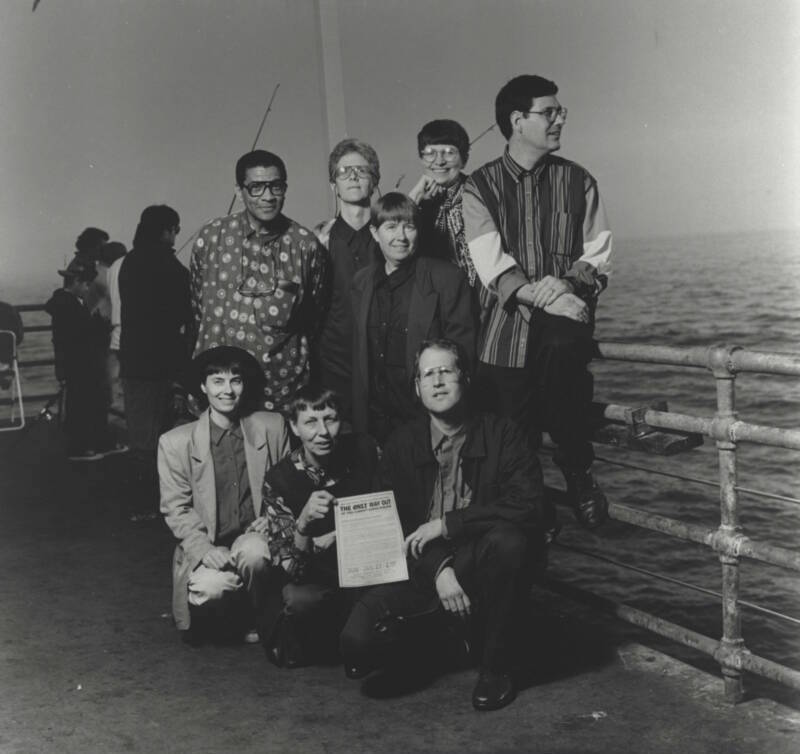 Anne Fishbein/Sygma/Getty ImagesMembers of the Heaven’s Gate sect posing with its manifesto in 1994.

“I knew it was the same group I was a part of, so it was a very emotional time for me, from the standpoint of feeling the loss of all of my friends who I had been with for 18 years,” he said.

Fortunately for Lyford, he avoided the same fate as his peers by defecting from the famous cult. Nonetheless, it wasn’t easy, as his future prospects seemed bleak. All he’d known for 18 dedicated years of devotion were Applewhite’s prophecies, his friendships, and his relationship with Ernst.

Lyford returned to his parents’ home in Canada for some much-needed neutrality and peace. But two days after escaping Heaven’s Gate, he received a harrowing call from the woman he loved. She begged him to return, while he tried to get her to leave.

CNN footage of the grisly discovery inside the Rancho Santa Fe compound.

But for true believers like Ernst, leaving was not an option. Lyford explained that the cult’s goal “was, in effect, ascension to a higher level of existence.” As such, Ernst disregarded Lyford’s advice that she should leave. The call ended unsuccessfully. And four years later, Ernst was dead.

“If I were back on that call with her right now, I would be more emphatic about her leaving,” Lyford said.

When news of the mass suicide reached him, Lyford was emotionally shattered.

“My initial response was, ‘Okay, they’ve gone and done it,'” he recalled. “My thought was, ‘Okay, this is the group I was a part of and they finally pulled the trigger on their decision to leave.”

In the end, Lyford has found some semblance of grace amidst the traumatizing experience. While the horrific incident remains a part of him, the most valuable lesson Lyford learned from it seems to have won out.

“We all have a connection to the divine within us, we all have that radio transmitter built in — we don’t need anyone to translate that for us,” he said. “That was the big mistake that we all made, in my mind — it was believing we needed someone else to tell us what our best path should be.”