The meteorite is estimated to be 4.5 billion years old — and worth nearly $2 million. 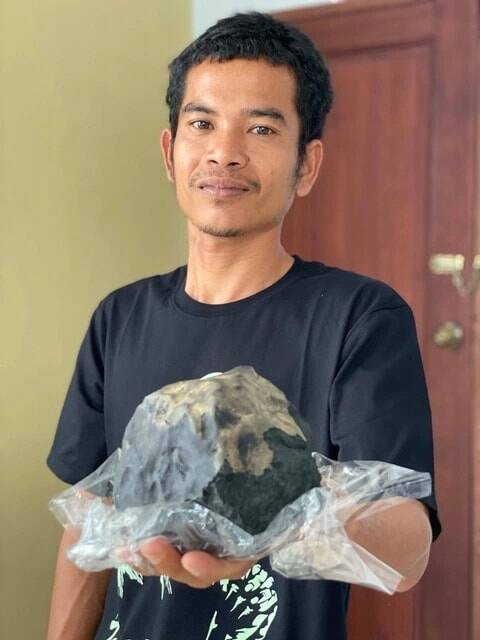 FacebookThe 33-year-old father of three hopes to use his new fortune to build a church.

The odds are astronomical, but apparently, life-altering riches can fall from the sky. Indeed, that became the case for Josua Hutagalung when a $1.8 million meteorite crashed through the roof of his house.

According to The Daily Mail, the Indonesian coffin maker was in the middle of furnishing someone’s coffin when the cosmic rock broke through his North Sumatran home, leaving a small hole in the tin roof and burrowing six inches beneath the house. 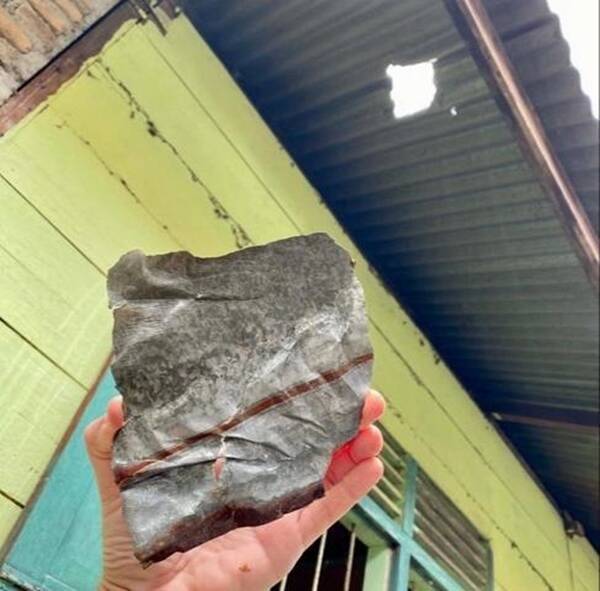 FacebookThe meteorite is believed to be a rare variety that may contain the amino acids integral to creating life in the universe.

“When I lifted it, the stone was warm,” he told Gulf News. “The sound was so loud that parts of the house were shaking too.”

After the initial crash, Hutagalung wrote on Facebook how “suddenly, a black rock fell from the sky.” He added that it surprised him, “But whatever it is, hopefully, a good sign for our family.”

Hutagalung was initially unaware of how valuable the rock was, but the father of three nonetheless opted to get the 4.8-pound space rock inspected by professionals. Hutagalung consequently met with a specialist collector and was told that the cosmic rock was considered one of the most valuable to scientists.

Meteorites are priced by the gram and can fetch anywhere from $0.50 to $5 per gram. Those with rare properties, however, can sell for as much as $1,000 per gram. According to The Sun, experts have identified Hutagalung’s rock as one such variety.

The meteorite was identified as CM1/2 carbonaceous Chondrite, an extremely rare type of meteorite that scientists believe contains the very clues to unlocking the creation of life in the universe.

Hutagalung’s rock was estimated to be about 4.5 billion years old, which makes it one of the most significant meteorites to date. The rock is so valuable, in fact, that even U.S.-based meteorite expert Jared Collins, who secured part of the meteorite’s main mass, was notified of the incident halfway around the world.

“My phone lit up with crazy offers for me to jump on a plane and buy the meteorite,” he recalled. “I carried as much money as I could muster and went to find Josua, who turned out to be a canny negotiator.” 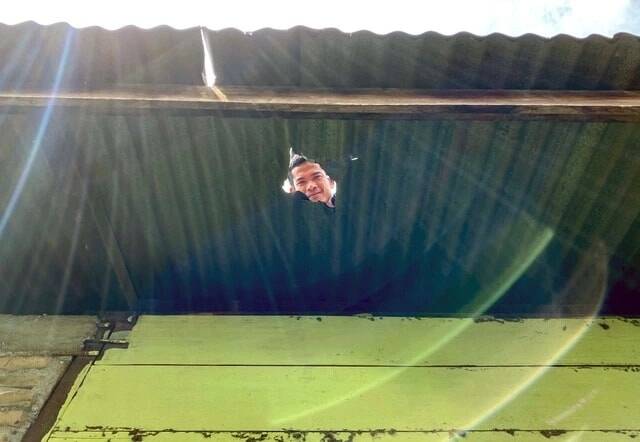 FacebookHutagalung said the rock was still hot when he and his wife found it under the house, and that they had to dislodge it with a hoe.

The meteorite was consequently valued at $857 per gram, but Hutagalung had no intention of selling the rock in chunks so he agreed to a full exchange with Collins at $1.85 million.

After Collins secured the meteorite and shipped it back to the United States, it was purchased by Indianapolis doctor and meteorite collector Jay Piatek. Meanwhile, three fragments that had broken off the rock as it burned through Earth’s atmosphere were later found within a few miles of Hutagalung’s home. One was found in a nearby paddy field.

For Thomas Djamaluddin, the head of the National Aeronautics and Space Agency in Lapan, Indonesia, the sheer statistical improbability of such a rock landing in a residential area itself is staggering.

“The amount of waste rock from the formation of the solar system is very large in space,” Djamaluddin explained. “Most of the meteorites fall in locations far from settlements, such as oceans, forests, or deserts.”

The rock has since been named Kolang for Hutagalung’s town. 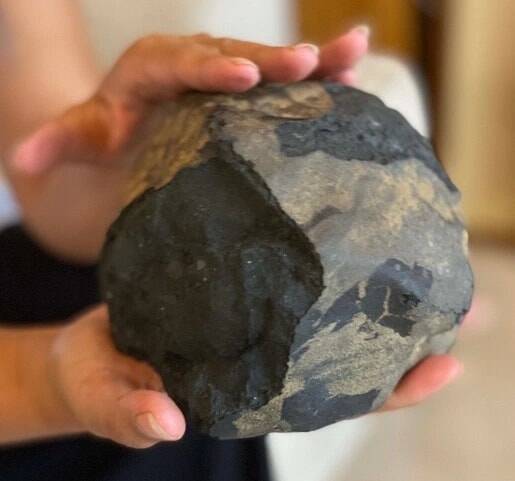 The most expensive meteor known to man is actually still in space, and it’s priced at $10,000 quadrillion.

While Hutagalung can now finally afford to follow through with his dream of building a church, his heart reminded him of more pressing matters. After signing away ownership of the meteorite, he immediately remembered what he wished for most.

“I have also always wanted a daughter, and I hope this is a sign that I will be lucky enough now to have one,” he said.

Next up, read about the only account on record of a person being killed by a meteorite. Then, learn about the unsolved mystery of the Carancas meteorite sickness.