It is estimated that there are only 30 white moose in the area, which makes this killing particularly painful for Indigenous Canadians. 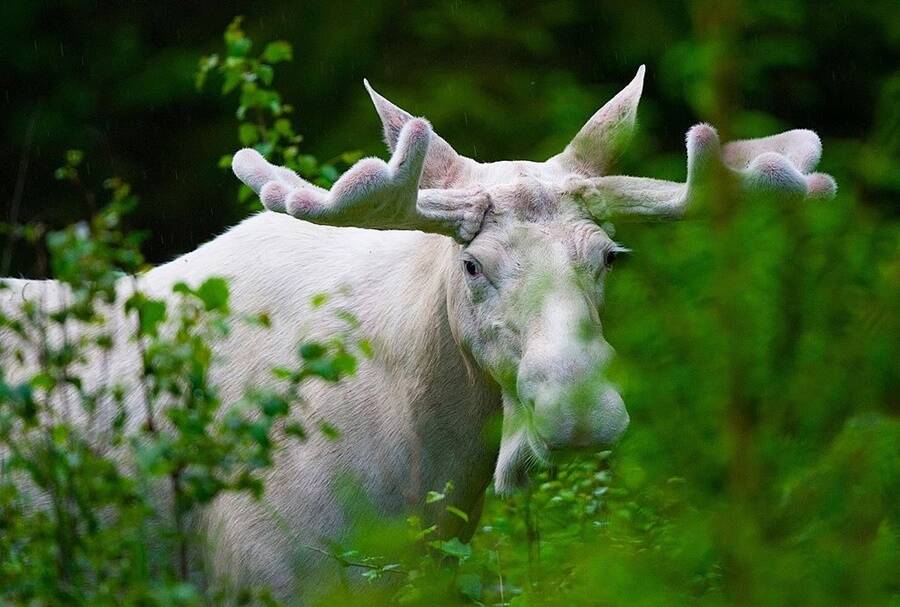 Lasse Dybdahl/Creative CommonsHunting white moose was made illegal in the area where this animal was found.

Canada’s First Nations are grief-stricken and outraged by the killing of a rare white moose in the Ontario area. The moose was part of a rare pack of white moose that inhabit the region and are considered sacred “spirits” by local tribes.

According to The Guardian, the suspects killed two female moose, including one white cow. The animals’ remains, including their heads, were found discarded on a service road.

“Why would you shoot it? No one needs one that bad,” said Chief Murray Ray of Canada’s Flying Post First Nation. “If you have a license to shoot a cow moose, you could shoot another one. Just leave the white ones alone.”

The white moose are not albino but possess a recessive gene which causes their fur to grow an unusual shade of white. Residents near the city of Timmins, Ontario claim that the white moose have inhabited the area for at least 40 years, though they are considered rare. 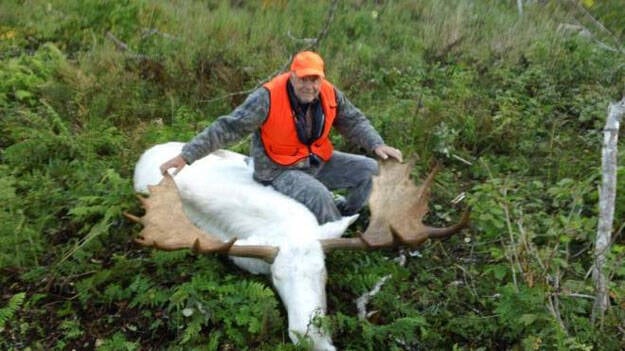 YouTubeThe white moose that was shot and killed in 2013.

Indeed, according to Flying Post community member Troy Woodhouse, no one knows exactly how many of these creatures live in the area, “So the loss of a single spirit moose is one too many. It saddens me that somebody would take such a beautiful animal.”

Local photographer Mark Clement has also seen a number of white moose over the years, but he has counted at least four white bulls and estimates that there might be as many as 30 spread throughout the region.

“The spirit moose has and always will be sacred and respected in our family and our community,” Woodhouse added. “We coexisted with the spirit moose on our traditional territory. Our ancestors and elders have told us stories our entire lives about the majestic creature and how lucky we are to have them in our area.” 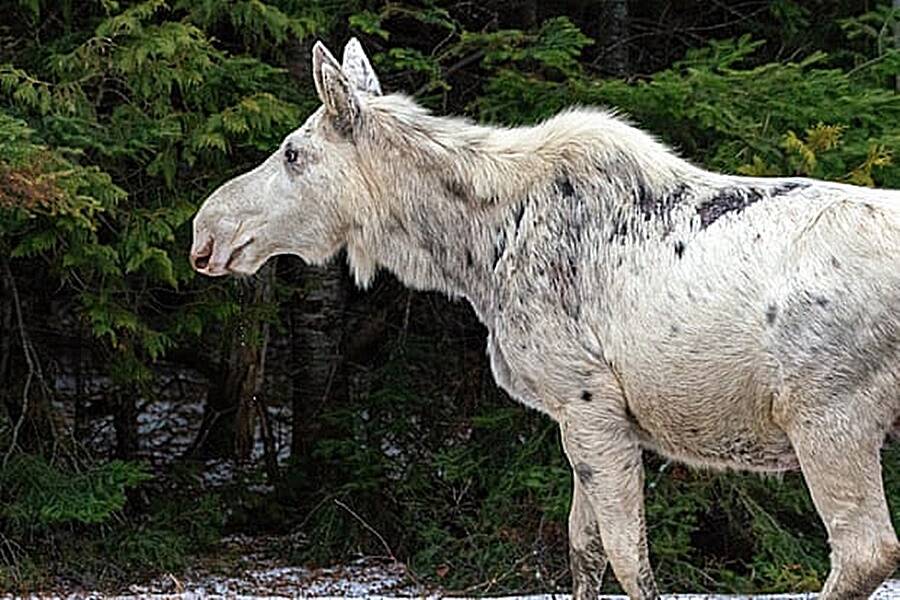 Mark Clement/clementphotography.ca/FacebookOntario is the only place in the country where killing white moose is illegal.

In 2013, a group of hunters killed a white moose in the province of Nova Scotia, spurring outrage from the local Mi’kmaq people. The hunters returned the pelt of the white moose to the Mi’kmaq so that they could perform a sacred ceremony to honor its spirit, but then kept the head as a trophy.

The Flying Post peoples have urged authorities to return this white moose’s pelt to them so that a similar ceremony can be performed.

Poachers and hunters typically collect the animal’s head as a trophy, but in this case, the head of the white moose was left discarded with the rest of its body, which has led some to speculate that the rare creature was killed accidentally.

“Maybe hunters tried to get one moose and got the other by accident. If a person does come forward and admit what they did,” Woodhouse suggested. 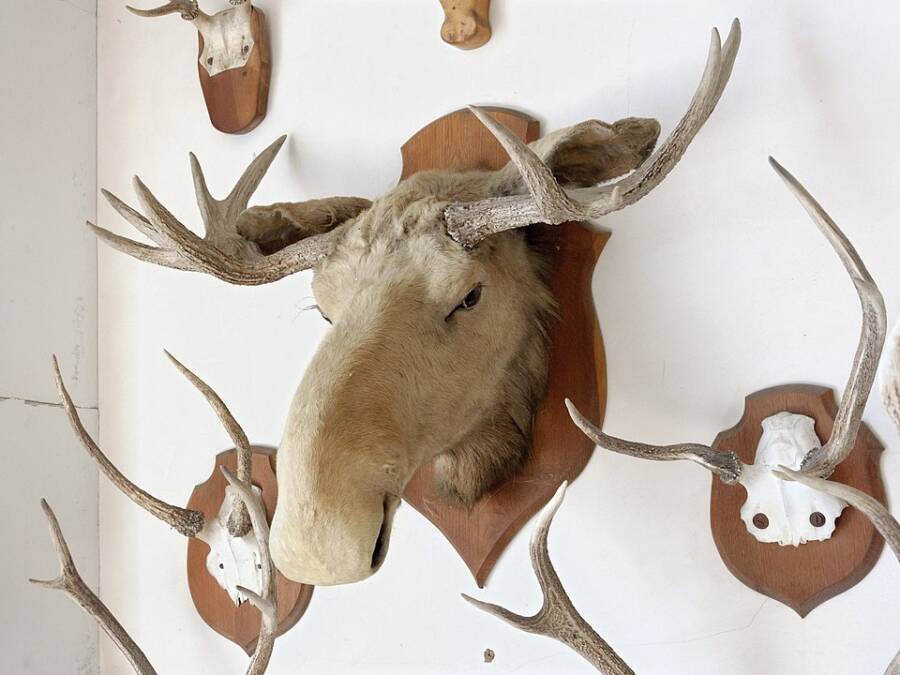 Wikimedia CommonsHunters typically collect the head of their kill as a trophy but the white moose’s head was left at the scene.

Canadian wildlife officials are still investigating the matter and, in the meantime, are asking people to come forward with any information they might have about the slain white moose.

As of now, there are no clues as to who the moose killers might be. However, a reward has been offered by multiple parties, including a drilling company and an animal welfare group, for any information that leads to charges in this disturbing killing. The combined reward currently totals $6,000, and Woodhouse himself has offered a reward of $760.

Woodhouse added that if the culprit is found and does admit to having accidentally shot the animal, then he would put his portion of the reward towards any of their legal fees.

“There’s so much negativity in the world today,” he continued. “It’s nice to just see some people banding together and trying to turn this into something positive.”

Next, read about the tragic death of Takaya, the lone wolf of Vancouver who was shot to death by hunters. Then, read about the slaying of Spitfire, the beloved Yellowstone wolf that was also killed by a trophy hunter.