From Jonestown to Heaven's Gate, discover the harrowing stories from people who escaped history's most infamous cults.

From the Peoples Temple to Children of God, the most famous cults in the world have captivated — and manipulated — countless people for years. Though it might be hard for the average person to believe they could ever fall for the tricks of a cult, it’s a lot easier than you’d think.

Although cults are often believed to be based on religion, some famous cults have actually strayed away from traditional faith-based practices in order to attract a bigger audience. By advertising opportunities such as “self-improvement strategies,” modern cults have a much better chance at pulling in a secular person who simply wants to improve himself or herself.

But whether cults are religious or not, many of these groups follow one central leader. And while most cult leaders are men, most cult followers tend to be women. In fact, it’s been estimated that 70 percent of global cult members are female. Often trained to adore a male central figure, members are often incapable of processing their own abuse — until it’s too late.

Some famous cults have reeled in very smart and capable men and women, which goes against the myth that only the most gullible or the most desperate people are willing to join these groups. In order to grasp how easy it is to end up in one, we’ve explored life inside nine of the world’s most famous cults — with the survivors who were lucky enough to escape. 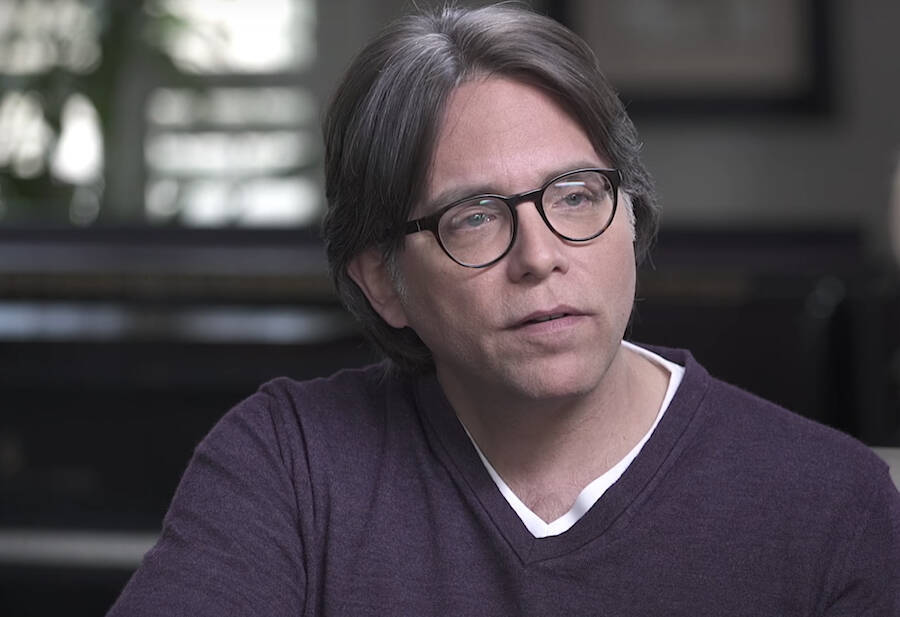 YouTubeKeith Raniere ran the NXIVM sex cult as his own personal flytrap for vulnerable young women.

Though NXIVM was often portrayed as a female empowerment group, it was actually a sex cult. Between 1998 and 2018, founder Keith Raniere basically ran NXIVM as his own personal flytrap for vulnerable young women.

From brainwashing women into becoming his slaves to branding their flesh with his initials, Raniere led his cult with brutal precision for 20 years, until he was finally arrested in 2018.

But he wasn’t acting alone. Raniere managed to convince celebrities like Smallville actress Allison Mack to help him fulfill his twisted fantasies — and recruit other women to be his slaves. In fact, Mack later claimed that she came up with the idea of branding the women herself.

Of course, no one outside of Raniere’s innermost circle knew exactly what they were getting into at the beginning. Thousands of women — and men — were lured in by Raniere’s promises of Executive Success Programs, which were supposed to help boost people’s confidence and help them thrive in the “real world.”

While these programs were expensive, they seemed innocuous enough. But before long, some members were introduced to more nefarious parts of NXIVM. One of these members was a woman named Sarah Edmondson.

Edmondson had first joined NXIVM around 2007, and she found many of the workshops to be fulfilling. She even helped found a chapter in Vancouver, where she lived, since the organization was based in Albany, New York.

She was so excited when Lauren Salzman — an important member of the group — came to Vancouver to teach in early 2017. Edmondson was even more thrilled when Salzman had something “really amazing” to share.

According to Salzman, it was a secret sisterhood meant to empower and challenge women. As Edmondson recalled, Salzman said, “It is kind of strange and top secret and in order for me to tell you about it you need to give me something as collateral to make sure you don’t speak about it.”

A couple of months later, Edmondson found herself blindfolded and taken to a house for a secret initiation into the sorority. Though she was told she’d be given a small tattoo as part of the ritual, nothing could have prepared her for what actually happened.

In a scene straight out of a horror movie, Edmondson was forced to watch women get branded like cattle with a cauterizing pen while they were crying, sweating, and squirming — before she was branded herself.

“I was just thinking, ‘How the f*ck am I gonna get out?'” Edmondson recalled. “And they weren’t doing well. They were squirming, they were crying, they were twitching, they were screaming. And at one point Lauren pulled me aside and said, ‘You’re green. You need to show them how to do this.'” 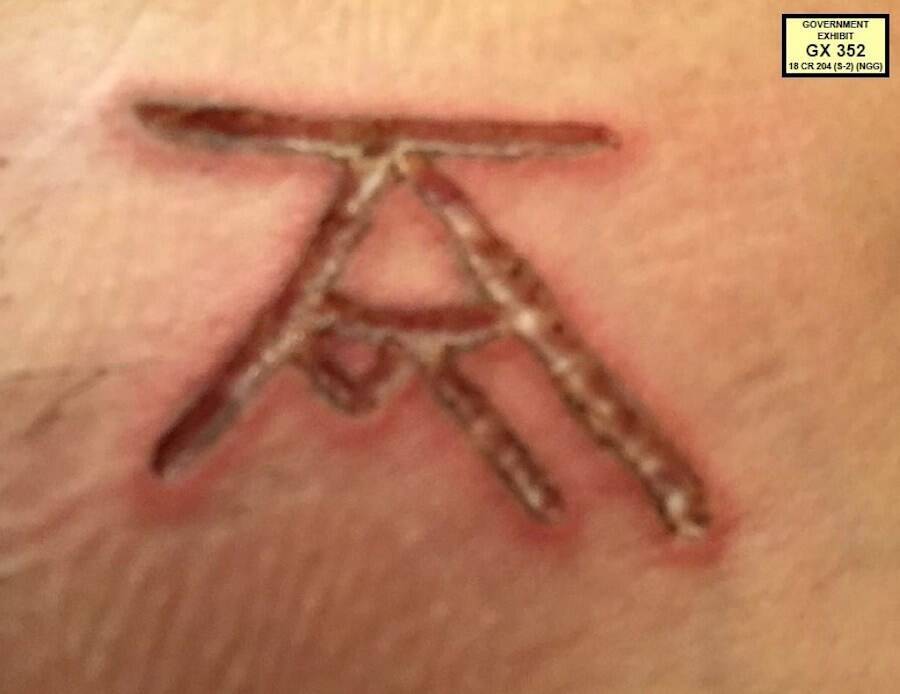 Wikimedia CommonsLauren Salzman instructed many cult members to say, “Master, please brand me, it would be an honor.”

All in all, the branding itself took about 20 to 30 minutes per hip. The smell of burning tissue quickly filled the room. “I wept the whole time,” Edmondson said. “I disassociated out of my body.”

As if the branding weren’t awful enough, most members of this group were referred to as “slaves,” who were forced to communicate with their “master” (in one case, Salzman was one of those masters). Some were forced to severely restrict their calorie intake, and others were pressured into sending nude photos as “collateral” to ensure their silence about the group.

Luckily, Edmondson was able to escape in May 2017, just a couple months after she’d been branded. But the scars — both physical and emotional — remain to this day.

In 2019, Raniere was found guilty of sex trafficking, forced labor conspiracy, human trafficking, and multiple counts of racketeering — including the sexual exploitation of a child.