The Lincoln “Curse”: The Tragic Fates Of Those In The President’s Booth The Night Of His Assassination

Not even two months after Lincoln's 56th birthday, he was shot dead. Those near the president in his last moments suffered some pretty eerie fates.

If you took U.S. History in high school, you know that on April 14th, 1865 Abraham Lincoln was shot by a man named John Wilkes Booth while attending the theatre with his wife.

Top-hat wearing, emancipation-declaring Honest Abe left behind an enduring legacy — but what you weren’t taught was that the events surrounding that fateful night were downright spooky.

Did Lincoln Dream His Death? 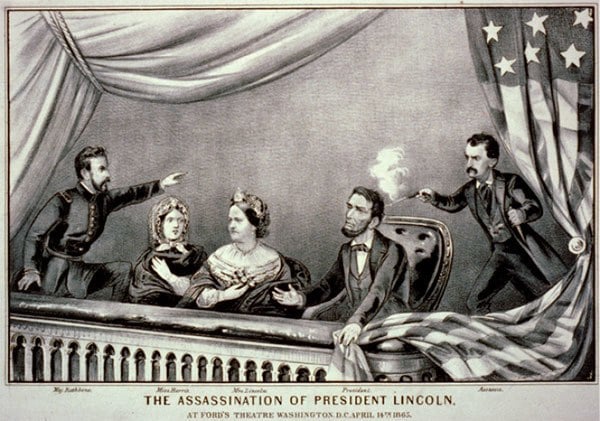 A depiction of Lincoln’s assassination.

Several weeks prior to his assassination, Lincoln wrote a friend about a terrifying dream he had:

“About ten days ago, I retired very late. I had been up waiting for important dispatches from the front. I could not have been long in bed when I fell into a slumber, for I was weary. I soon began to dream. There seemed to be a death-like stillness about me. Then I heard subdued sobs, as if a number of people were weeping. I thought I left my bed and wandered downstairs. There the silence was broken by the same pitiful sobbing, but the mourners were invisible. I went from room to room; no living person was in sight, but the same mournful sounds of distress met me as I passed along. I saw light in all the rooms; every object was familiar to me; but where were all the people who were grieving as if their hearts would break? I was puzzled and alarmed.

What could be the meaning of all this? Determined to find the cause of a state of things so mysterious and so shocking, I kept on until I arrived at the East Room, which I entered. There I met with a sickening surprise. Before me was a catafalque, on which rested a corpse wrapped in funeral vestments. Around it were stationed soldiers who were acting as guards; and there was a throng of people, gazing mournfully upon the corpse, whose face was covered, others weeping pitifully. ‘Who is dead in the White House?’ I demanded of one of the soldiers, ‘The President,’ was his answer; ‘he was killed by an assassin.’ Then came a loud burst of grief from the crowd, which woke me from my dream. I slept no more that night; and although it was only a dream, I have been strangely annoyed by it ever since.”

The haunted feeling remained with him, so much so that the day he was assassinated he told his bodyguard about the dreams, at which point the man tasked with keeping him safe suggested he not go to the Ford Theatre. Lincoln, ever the dutiful husband, said that he must: Mrs Lincoln wanted to go and he didn’t wish to disappoint her, or his guests Major Henry Rothbone and his fiancée, Clara Harris.

So, Lincoln said “Goodbye, Crook” (the name of his loyal bodyguard) and headed off into the night. This farewell would not have struck Crook as odd — except for the fact that Lincoln normally said “Goodnight, Crook,” never “goodbye.” Whether the slip had been a matter of prophecy or quiet resignation to a night at the theatre, Crook never forgot the weight of the President’s last words to him.

We all know the story of the assassination itself: John Wilkes Booth waited in the eaves for the climax of the play “Our American Cousin,” at which time he knew the audience would erupt in a brouhaha that would drown out the sound of gunfire. He headed for the box where the Lincolns sat, along with Major Rathbone and Miss Harris, and shot Lincoln point-blank in the back of the head. He then legendarily leapt over the balcony, onto the stage, and ran off into the night.

Prior to making his escape, he was lunged at by Major Rathbone — who would have succeeded in apprehending Booth, if he’d not been stabbed by Booth in the process. At this point, an actress left on stage, Laura Keene, was called upon to bring water to the presidential booth. This request likely came from a distraught Mrs. Lincoln, as the physician who had rushed to attend to the President was more concerned with finding the source of his profuse bleeding, not getting the stains out of the velvet seats.

Major Rathbone, meanwhile, was bleeding out of his own accord, but decided to keep a stiff upper lip and escorted Mrs. Lincoln across the street to where the President had been taken to have his wounds tended to properly. We don’t know for sure that Major Rathbone was the originator of the phrase, ” ’tis only a flesh wound,” but his chivalry taking precedence over his hypovolemic shock is worthy of praise.

Miss Harris, Rathbone’s betrothed, followed closely and managed to catch the poor man when he finally did faint. Of course no one really noticed because the President was dying in the next room.

Lincoln succumbed the next day and it seemed that the horror of his assassination, prophetic dreams and all, would thusly come to an end. Except it was really only the beginning. 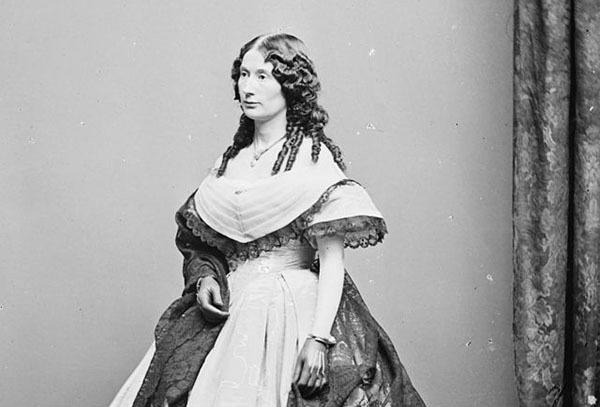 The actress who had been pulled into the box to bring water was one of five people thought to have been the victim of the Lincoln “curse.”

The once vibrant and successful British actress suffered a great professional trauma, having been cast as the lead in a play that became infamously associated with the bloodshed. Friends and family noted that, after the assassination, her health (which here means “nerves”) never fully recovered. She died of tuberculosis at age 47. 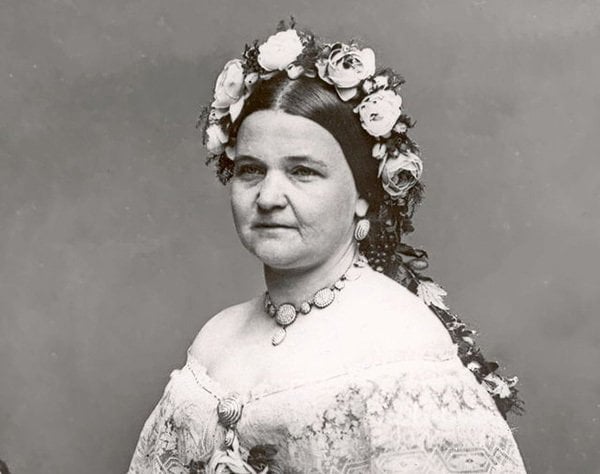 The President’s widow was purported to be a little emotionally unstable to begin with, but the loss of her husband in such a violent manner was certainly the nail in the proverbial coffin. After his death she stayed with family in Illinois where she continued to descend into “madness,” the climax of which were several attempted suicides and struggles with delusions, both of which got her committed for indeterminate periods of time in her later life.

However, after her death of what was believed to be a stroke in 1882, an autopsy revealed a brain tumor, perpetuating the theory that she wasn’t so much a victim of the Lincoln curse as just… well, a pretty damn depressing life and maybe syphilis. 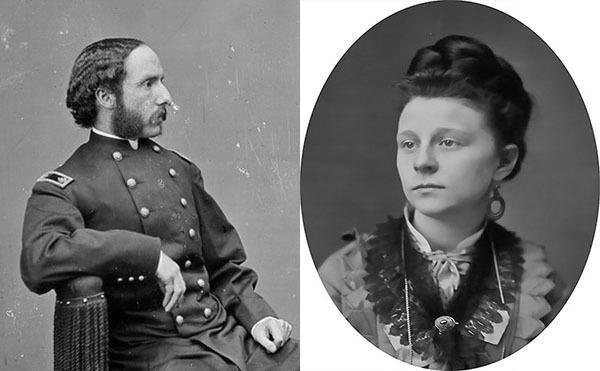 Perhaps the most unsettling of all were the fates of Lincoln’s guests. Having both experienced quite a trauma, doubly so in Miss Harris’ case (who watched the President be savagely murdered and her intended nearly bleed out in the hallway) neither were feeling particularly happy or stable when their wedding day arrived. Still, they tried to overcome the trauma and were successful insofar as they had several children, and despite Rathbone’s instability, moved to Germany where he’d taken an appointment by then-President Chester Arthur in Province of Hanover.

Things went from bad to worse once the family relocated. One night, Rathbone went to Harris’ bedroom and demanded to see the children. The absurd time of day being something of a non-sequitur, his wife refused and so he shot her in the face. Not only that, but as the maid rushed to the nursery to whisk the children away to safety, Rathbone stabbed himself six times. In eerie echoes of the Lincoln Assassination, the gunshot victim succumbed to her injuries, but Rathbone twice-lived being stabbed.

He was committed for the remainder of his life, eventually buried next to his wife in a German cemetery.

But wait. It gets worse.

Back home in the United States, the eldest Rathbone son dug around in his mother’s closet and discovered that she’d kept the dress she’d worn to the theatre that fateful night, “saturated” with her husband’s as well as the slain President’s blood. She’d clearly felt weird about it; the dress had been “hidden” in the closet, which was filled with bricks in a creepy entombment. Rathbone Jr. discarded the dress, burning it and hopefully ridding his family of perpetual bad juju.

And maybe it worked — for a few decades, anyway. The saga of the Rathbones and the “final” victims of the curse of Lincoln’s Assassination occurred in 1952. At that time, a general cemetery rule stipulated that if graves had gone unvisited for a very long time and the family had no desire to maintain them, the remains could be dug up and “disposed of.”

More than fifty years from the night their lives took a horror-movie turn, the Rathbone’s remains were exhumed and disposed of, ending the legacy of the curse once and for all.