Why Gravitational Waves Are The Most Important Discovery Of The Century

This is how gravitational waves reveal ripples in spacetime, prove Einstein's theories right, and illuminate the mysteries of how the universe began. 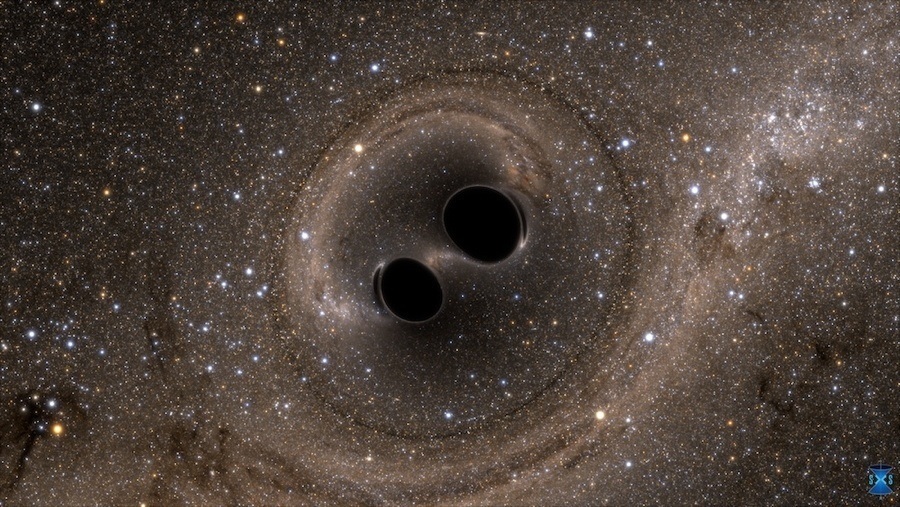 A computer simulation of the collision of two black holes, the event responsible for our historic new understanding of gravitational waves. Image Source: Caltech

1.3 billion years ago, two enormous black holes — with masses of 29 and 36 times that of the Sun — crashed into each other, creating a burst of power 50 times greater than the output of all the stars in the universe. And finally, last September, that gargantuan force made a pair of antennas in Louisiana and Washington vibrate.

What those vibrators were detecting were gravitational waves, a phenomenon that does nothing short of reveal ripples in the fabric of spacetime, finally proving Einstein’s 100-year-old predictions about the nature of the universe and illuminating the mysteries of how the universe began.

100 years ago, Albert Einstein theorized that space was like a piece of fabric. A heavy object (such as a black hole) moving on that fabric would cause ripples in space (which he called gravitational waves). But his prediction was so far ahead of its time, equipment sensitive enough to pick up gravitational waves didn’t exist until recently.

Researchers at the LIGO Scientific Collaboration have confirmed that they have picked up gravitational waves in the space-time continuum caused by those massive black holes.

Before the collision, the two black holes orbited around each other in a type of courtship, circling each other hundreds of times per second, edging closer and closer like the water in a flushing toilet, until they finally came together. The new, larger black hole then relaxed back into a traditional spherical shape and space returned to normal, leaving behind only a gravitational wave signal called a chirp. That chirp is what researchers detected, and you can hear it for yourself here.

More than 70 international research institutions from 16 different countries have worked together for this one moment. Here’s what we know about how it has changed, and will change, the future of astronomy.

Einstein predicted gravitational waves as part of his theory of general relativity. He stated that matter and energy change the physical shape of the universe, similar to how a heavy object distorts the surface of a mattress. A heavy object causes the surface of space to sink lower — when the heavy object, or in this case objects, move, waves of gravity emanate.

This is what happened when the two black holes collided. The giant masses swirling around each other caused the fabric of space to move, and those movements were what caused the chirp at the LIGO research stations.

What The Chirp Proves

Researchers could previously only describe black holes by the radiation that they emit, which is an indirect method of measurement and assessment. Gravitational waves are much more precise, and offer direct proof for the existence of black holes.

“We think black holes exist out there,” Luis Lehner, a physicist at the Perimeter Institute for Theoretical Physics, told Scientific American. “We have very strong evidence they do but we don’t have direct evidence. Everything is indirect. Given that black holes themselves cannot give any signal other than gravitational waves, this is the most direct way to prove that a black hole exists.” 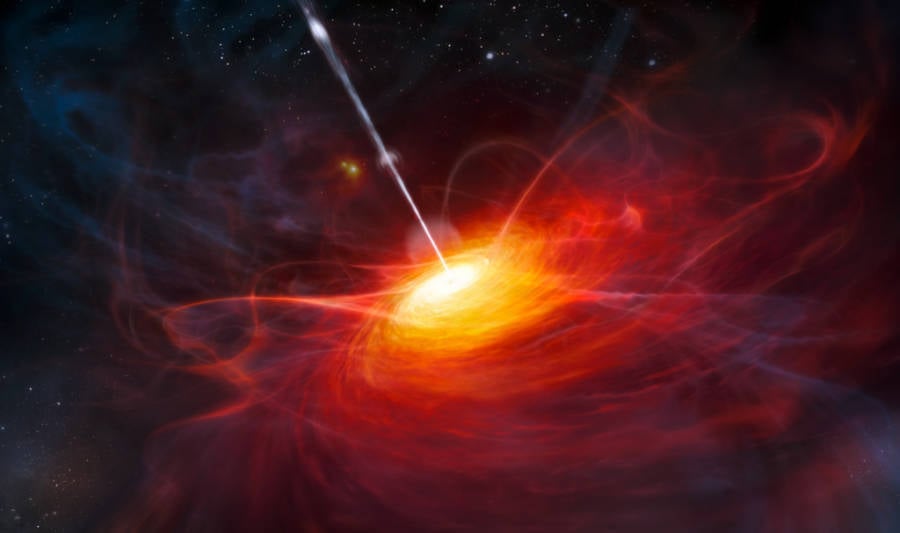 With new information about gravitational waves in hand, scientists will be able to unlock the mysteries of how supermassive black hole events, like the one rendered above, helped give birth to the universe itself. Image Source: Flickr

Being able to detect and measure gravitational waves means that researchers can finally begin to understand giant masses in the universe they have never been able to see before. In the future, scientists will be able to use the data to help explain how the universe was formed by using the subtle gravitational waves from stars collapsing into black holes and neutron stars.

“Every time you open a new window to the universe we always discover new things,” Lehner said. “It’s like Galileo pointing the first telescope to the sky. Initially he saw some planets and moons, but then as we got radio, UV and x-ray telescopes, we discovered more and more about the universe. We are pretty much at the moment where Galileo was beginning to see the first objects around Earth. It will have such a huge impact on the field.”

Like this look into gravitational waves? Check out these interesting facts about Albert Einstein.