The Department of Conservation has estimated that around 200 dead little blue penguins are washing ashore every single day as a result of rising ocean temperatures.

The little blue penguin, also known as the kororā in the Māori language, is a tiny creature that can be found in New Zealand and on the southern coast of Australia — but global warming and rising ocean temperatures have led the species to be at risk of extinction. Local conservationists have most recently noted that hundreds of these dead critters are now washing ashore in northern New Zealand every single day. 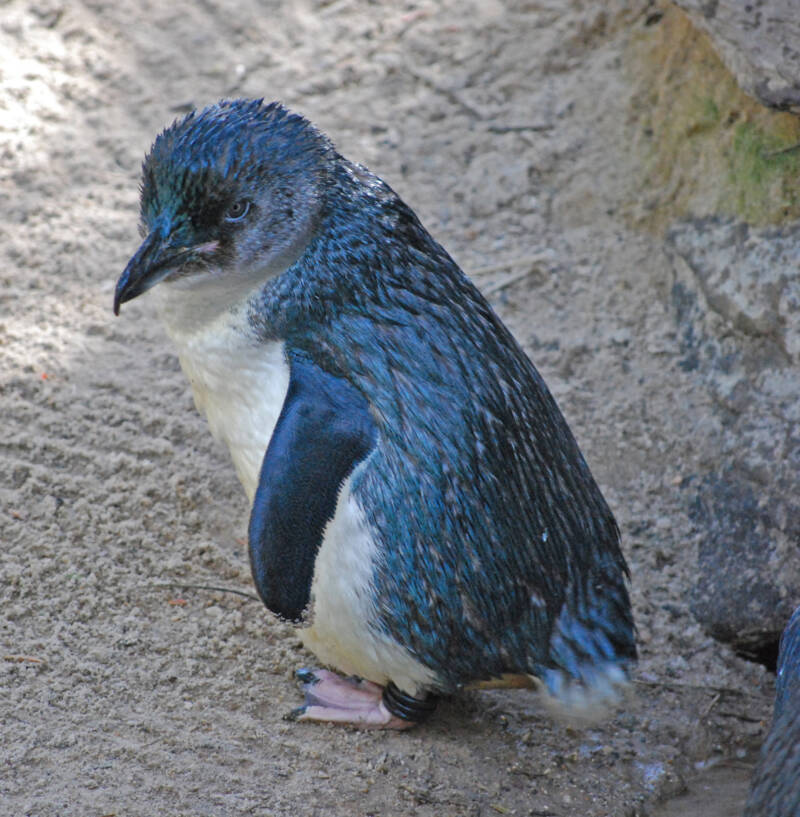 According to The Independent, beachgoers and researchers alike have spotted the penguins’ dead bodies on the North Island for over a month now. Experts have since estimated that 200 of these birds are washing up on local beaches daily.

In early May, a resident named Carol Parker spotted some of the first victims. “[We] were on Tokerau Beach where there were 22 penguins that were on the beach expired,” she said. “Some of them looked like they just landed just the night before or within the last 12 to 24 hours. They looked quite fresh. There was one or two other birds also that were dead.”

The Earth’s oceans absorb more than 90 percent of the excess heat in our atmosphere. Temperatures in the waters surrounding New Zealand have broken records for the past six years, and last year they were the warmest in recorded history. This, mixed with extended La Niña weather conditions, which cause warmer waters and harsher onshore winds, has left little blue penguins struggling to feed, nest — and breed.

“In the past, you might have had a lot of good years followed by one bad year where a lot of birds die, but then they rebound in those good years,” said Graeme Taylor from the New Zealand Department of Conservation. “But if we start to see the balance tipping towards more bad years versus good years, then they’re just not going to be able to recover.”

Formally known as Eudyptula minor, little blue penguins are as small and azure as their name implies. They reach around 10 inches in height and weigh an average of two pounds. While the species has seen its global population numbers dwindle drastically for the last decade, this year marked an alarming downturn for conservationists.

New Zealand resident Vaughn Turner first noted the masses of dead penguins while walking along a stretch of Ninety Mile Beach. According to Newsweek, he spotted so many bodies that he began counting: “First day I counted 75 dead penguins over a distance of [six miles]. And on day two, again walking north, counted them again, and that morning I counted 71. And the third day, I counted about 59 dead birds.”

“We have had reports of dead little blue penguins/kororā on Northland beaches since early May,” noted the Department of Conservation. “It is a seasonal event due to La Niña conditions. This brings increased sea-surface temperatures and onshore winds to New Zealand. These conditions can make it more challenging for kororā to nest and feed.”

Taylor added, “Normally a penguin of this type is around about a kilo [2.2 pounds], but a lot of these really starving birds are down around half that weight, you know, 500-600 grams [1.1 to 1.3 pounds]. They’re just skin and bones. They’ve got no fat on their body.” 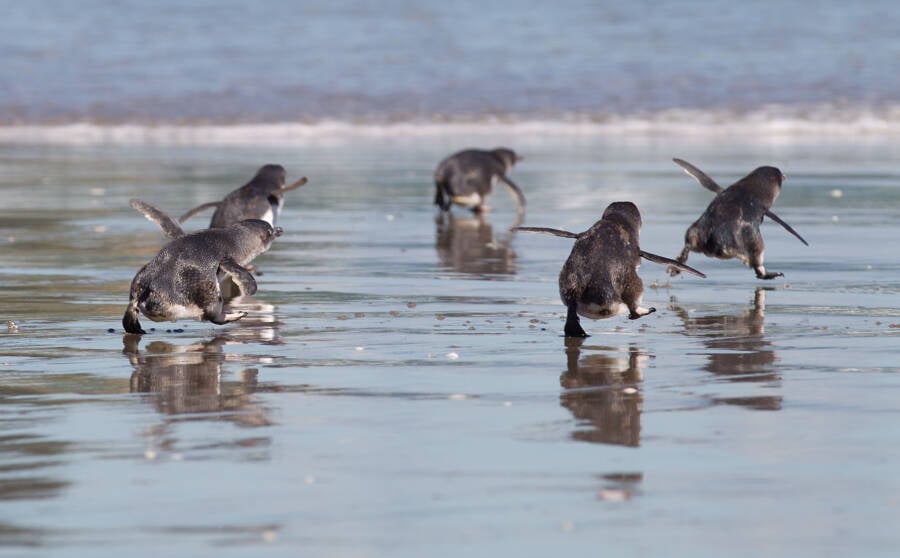 While experts have attributed this wildlife disaster to the climate change crisis, Taylor himself observed the ramifications of this. He noted that the dead penguins exhibited glaring signs of starvation and hypothermia.

“When the sea temperature is warm, the cooler water that’s down below the surface does not mix with the surface water as much, so there is no mixing of nutrients in the surface water,” said Dr. John Cockrem, a biologist at Massey University. “So the whole food chain is impacted, meaning less fish and less food for the penguins.”

Cockrem said that these mass deaths won’t end until the Northland seas begin to cool down. This will provide the penguins with better feeding conditions and give them a chance to breed. He also noted that these inclement weather conditions are far more pronounced in the north than they are in the cooler South Island region.

According to The New Zealand Herald, the Department of Conservation has urged anyone who comes across the penguins to leave them where they are. This came after photos emerged of a pile of around 100 little blue penguins that beachgoers had stacked up.

“We ask that people leave dead penguins on the beach where they lie, to be washed out to sea or to decompose naturally,” the department pleaded.

Ultimately, only the decline of massive global fossil fuel emissions would help the penguin species in the immediate short-term. Until then, the little blue penguin will be forced to continue to fight for the survival of its species

After reading about dead little blue penguins, learn about the blue dragon sea slugs that washed ashore in Texas. Then, read about the dead whale with 88 pounds of plastic in its stomach found on a beach in the Philippines.