Park officials have put out a notice warning visitors to steer clear of these stunning yet venomous sea creatures. 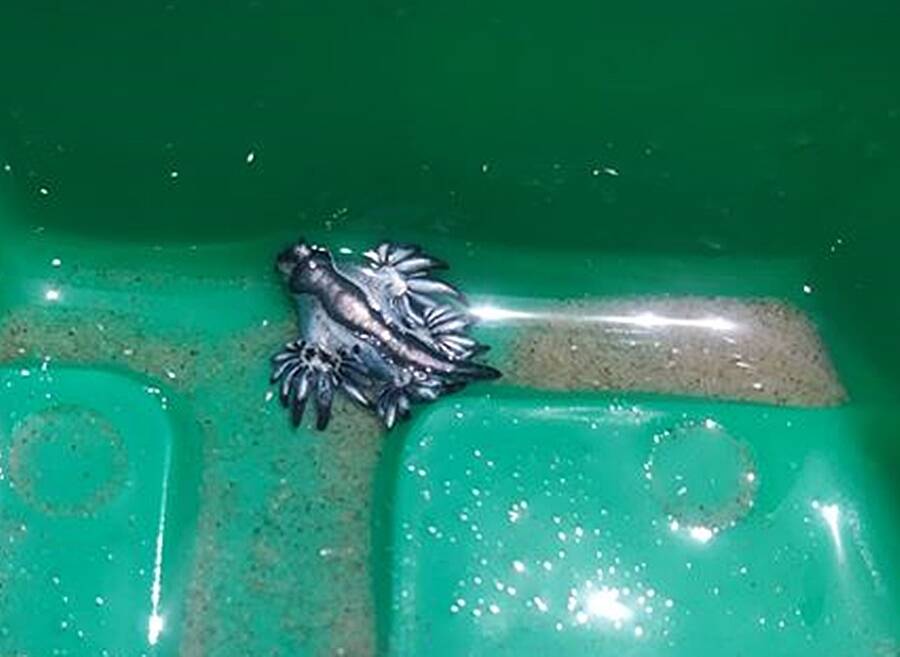 Padre Island National Seashore/FacebookAn uptick of blue dragon sightings on the beach has park officials warning visitors to be vigilant.

Little blue creatures have been washing ashore on the coastlines of Texas. These eye-catching sea creatures are Glaucus atlanticus, known as blue dragon sea slugs.

Although some of these blue dragons have been spotted around Texas beaches before, they are quite rare. The abundant number of blue dragon sea slugs that have been found specifically around the state’s Padre Island National Seashore has caused concern among park officials since the animals are venomous.

According to CNN, tourists in the park have reported a number of discoveries of the blue dragon sea slugs. Among them was seven-year-old Hunter, who found four blue dragons within a few minutes while vacationing on the beach with his parents from Arizona.

“Hunter loves sea creatures and thought he had found a blue button jellyfish,” his father Trey Lane said. “After they picked it up in a beach toy he proclaimed to me that he had discovered a new species!”

A spokeswoman for the park confirmed that they had received a growing number of reports from visitors about sightings of the blue dragons. Following the uptick of discoveries, the park announced a warning on its official Facebook page to remind visitors to be careful with the creatures if they happen upon one.

“…be amazed as they are a rare find, but also keep your distance!” the announcement read.

Blue dragons (Glaucus atlanticus) are a unique species of sea slug. In addition to their wave-like body features and bright blue coloring, they are known for their simple yet powerful defense mechanism.

Although blue dragons typically measure no bigger than an inch, they can attack potential predators or prey using the stingers at the tip of their “fingers.” But what is truly remarkable about them is their ability to absorb the stinging powers of the prey they feed on.

Despite their small size, blue dragons actually prey on other venomous siphonophores like the dreaded Portuguese man o’ wars which can have tentacles up to 165 feet long.

“They’re very small, so they’ll catch up to one of these Portuguese man o’ wars and they probably won’t consume the whole thing because of the huge size difference,” David Hicks, the director for the School of Marine Sciences at the University of Texas Rio Grande Valley, told KVEO.

“But it will certainly consume some of the polyps that make up the colony of the Portuguese.”

Humans unlucky enough to fall victim to its hybrid stings typically suffer from pain, nausea, and vomiting in addition to a rash and localized swelling. To avoid these symptoms, beachgoers who find these blue dragons are being warned to stay clear of them. 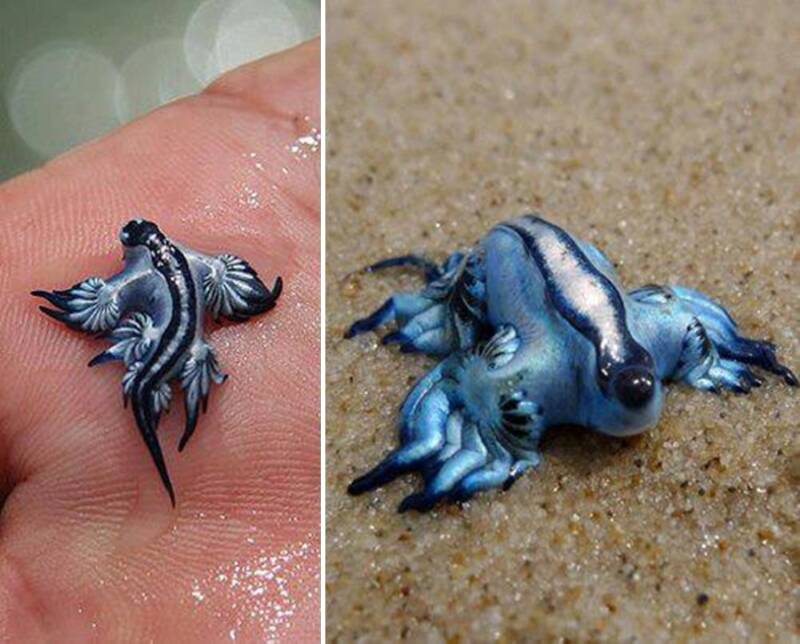 The Padre Island National Seashore, which reopened on May 5, 2020, following the statewide coronavirus lockdown, contains the longest undeveloped barrier island in the world.

The area of the park stretches across the Coastal Bend area of southern Texas and is protected by the U.S. government. While the park is home to countless species of rare and endangered marine species, the recent sightings of the blue dragon sea slugs are incredibly rare.

In fact, the spokeswoman for the park said she had never received any reported sightings from visitors until this year.

It’s unclear why these deceptive sea slugs have suddenly been washing ashore around the park, but Hicks noted that the species is known to commune together, stating that “they kind of go around in masses of water. If you see one, you see 1,000 of them.”

Now that you’ve read about blue dragon sea slugs washing up in Texas, check out seven of the most frighteningly bizarre ocean creatures in the world and learn why the cone snail is one of the ocean’s deadliest creatures.