Woman Dies After Letting Bees Sting Her During Homeopathic Acupuncture

A woman who sought a treatment for stress and muscle tension that involved being stung by bees has died after an allergic reaction. 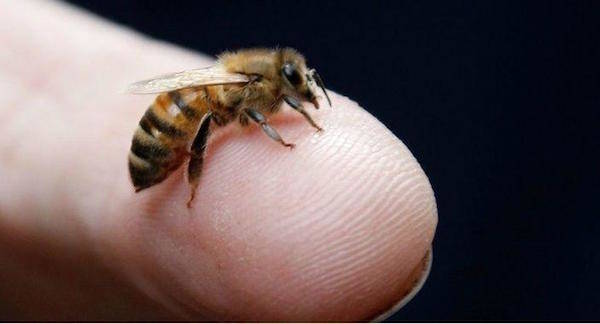 A woman in Spain died after she received an alternative treatment that involved being stung by bees.

The victim’s death was revealed when a study by the Journal of Investigational Allergology and Clinical Immunology on the case was published in March 2018.

Apitherapy is a form of alternative therapy that uses bee products to treat chronic pain and other conditions. Bee products used in apitherapy can include honey, bee wax, pollen, and in the case of the victim, bee venom.

The procedure, the most extreme form of apitherapy, is called live bee acupuncture. It’s like regular acupuncture, except its bee stings instead of needles.

During the procedure, the practitioner squeezes the head of a live bee that’s been placed on the patient until the needle emerges and stings the individual. The bee dies after the sting.

The woman, who was 55 years old, was going for live bee acupuncture to alleviate stress and tight muscles. After she was stung by the first bee, she experienced wheezing and a sudden loss of consciousness.

Tests done afterward showed that the venom caused the victim to go into anaphylactic shock, which triggered a stroke, leaving her in a permanent coma.

The woman didn’t have any reported diseases and it also wasn’t her first time receiving the treatment. She had been going once a month for the past two years.

However, “repeated exposure to the allergen was found to carry a greater risk of severe allergic reactions than in the general population,” said the authors of the study, Vázquez-Revuelta and Madrigal-Burgaleta, from the Ramón y Cajal University Hospital in Spain.

They also said that “The risks of undergoing apitherapy may exceed the presumed benefits, leading us to conclude that this practice is both unsafe and inadvisable.”

In the U.S., apitherapy has not been sanctioned as a recognized treatment. It’s considered, from both legal and medical stances, an experimental approach.

Upon the patient’s reaction, the clinic called an ambulance which took 30 minutes to arrive. She was then administered a steroid and rushed to the hospital, where she died from multiple organ failures.

Next you may want to read silicon valley trendsters who bought raw live water that’s probably poisioness. Then you can take a look at this woman who dances while covered with 15,000 live bees.