"There's a long night ahead for quite a few people, not least my Royal Navy bomb disposal divers, using our tried-and-tested techniques to remove the threat." 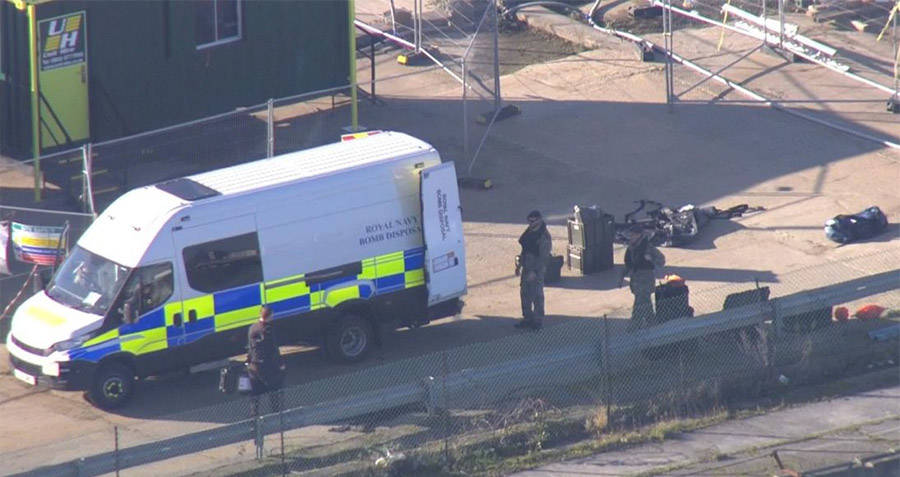 Those with travel plans to or from London City Airport are going to have to wait. The airport was shut down after an unexploded World War II bomb was found early Sunday morning, Feb 11, 2018, in the nearby Thames river. Both inbound and outbound flights were grounded, which amounted to hundreds of canceled flights.

When a story breaks about a bomb at an airport, many have a natural instinct of fear. It isn’t often, however, that the bomb in question is over 70 years old. That does happen to be the case at the London City airport.

The incident isn’t a result of a direct threat; rather the device was discovered unexpectedly by construction workers during pre-planned work in an East London borough known as Newham. It isn’t unfathomable that the device was found there, as the area was a very industrial one during WWII and had a large population as well.

After arriving on scene to examine the bomb, the Met Police and the Royal Navy identified it as a tapered end shell. It is 4.9 feet (1.5 meters) long and weighs 1102 pounds.

While finding an unexploded WWII bomb may sound like an exciting and/or disconcerting discovery, the change in schedule seems to take top priority for inconvenienced travelers.

The Met Police have put out a statement saying in part that “it is important that all of the necessary steps and precautions are taken to ensure it is dealt with safely.” Still, that hasn’t stopped frustrated passengers from taking to Twitter to express their frustrations with the situation.

In the meantime, a rest area has been set up providing food and bedding to those who have been affected by the terminal’s closing and subsequently canceled flights.

The tides in the water will play a factor in the time it takes to complete the removal. But if the removal goes smoothly, as it is thought to, flights are expected to run as scheduled beginning early in the morning on Tuesday, Feb 12. The plan is to, with the aid of bomb disposal experts, guide the unexploded bomb down the Thames using a flotation device. It will then be detonated underwater in a controlled explosion.

The operation will take place overnight so that disturbance is limited. Lieutenant Commander Jonny Campbell is the officer in charge, who said, “There’s a long night ahead for quite a few people, not least my Royal Navy bomb disposal divers, using our tried-and-tested techniques to remove the threat.”

Next, read about the man who took home a 550-pound WWII bomb that forced his neighborhood to be evacuated. Then, the airport “serial stowaway” who was arrested 10 time .