The Lone Star Tick's bite can make victims allergic to meat for life. And it's spreading across the United States. 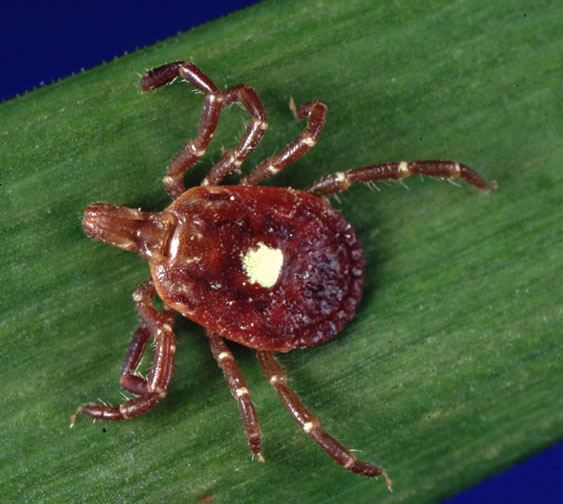 The Lone Star tick is distinct for the star-shaped marking on its back. That, and for the fact that, if it bites you, you might not be able to truly enjoy a hamburger ever again.

This carnivore’s nightmare is caused by a sugar molecule known as Alpha-Gal (short for galactose-alpha-1, 3-galactose). When someone is bitten by a Lone Star tick, the body’s immune system has to rewire itself in order to combat this newly introduced molecule.

“You’re walking through the woods, and that tick has had a meal of cow blood or mammal blood,” Cosby Stone, an allergy and immunology fellow at Vanderbilt University, told National Geographic. “The tick, carrying Alpha-Gal, bites you and activates your allergy immune system.”

In other words, your body has to create Alpha-Gal antibodies to fight the molecule. Unfortunately, this same molecule is also highly prevalent in red meat.

Many victims don’t realize what’s happened until the next time they eat meat — since the antibodies are most highly activated after the molecule has traveled through their gastrointestinal tract.

“Hours later, patients wake up with hives, shortness of breath, vomiting, and diarrhea,” Stone said. “Some patients have had to be given life support because their blood pressure is so low that they’re in eminent [sic] danger of dying.”

For a lot of people, it takes a few reactions before they realize meat is triggering the outbreaks. After all, they’ve eaten meat their entire lives and been totally fine.

Cases of these kinds of Lone Star tick bites are on the rise, spreading from the southeastern U.S. all the way up through New York and Minnesota. As of now, there’s no cure or vaccine.

For those of you truly committed to a nice steak, though, you might want to just stay inside for awhile:

I'd rather die than never eat meat again. Try me you tick bastards. https://t.co/Mg7mgez6Lk

Next, learn about how female dragonflies play dead to avoid having sex. Then, see why scientists brought the tree lobster insect back from near extinction.