The Story Of The ‘Lonely Hearts Killers,’ The Murderous Couple Who Preyed On Lonely Women

Raymond Fernandez and Martha Beck bilked at least three women out of their life savings before gruesomely murdering them in the late 1940s — after luring them in with "lonely hearts" ads. 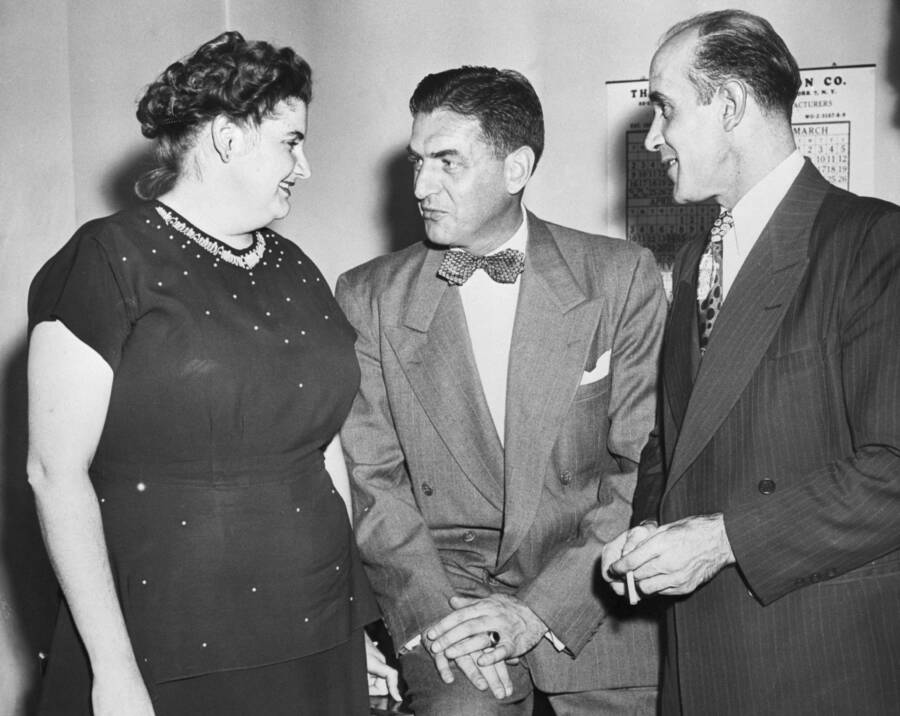 Getty ImagesMartha Beck and Raymond Fernandez with their attorney in 1949.

On March 8, 1951, Raymond Martinez Fernandez and Martha Jule Beck, better known as the Lonely Hearts Killers, were executed at Sing Sing Correctional Facility. They had been on death row after being convicted of one murder, though they are believed to have killed as many as 20 people — all of whom were lured through responses to singles ads in their local newspapers.

The couple’s twisted love story involved one of the most depraved murder sprees in United States history and inspire numerous films. This is the true story of the Lonely Hearts Killers. 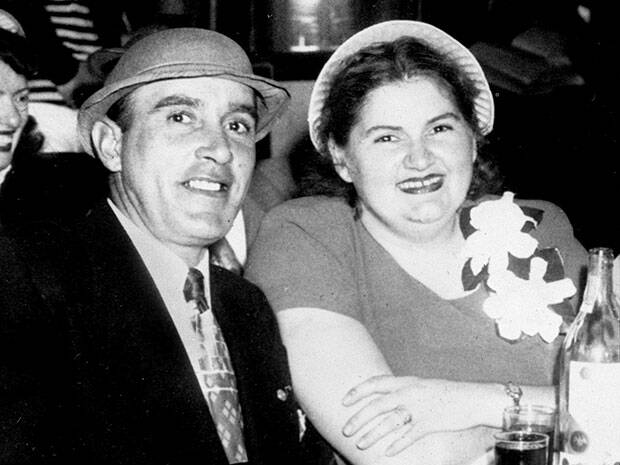 Public DomainBeck was often an outcast because of her weight, and sought acceptance from Fernandez as a result.

Raymond Martinez Fernandez was born on Dec. 17, 1914, in Hawaii to Spanish parents. He moved around a number of times, eventually traversing an ocean to work with his uncle in Spain, where he married and started a family by the time he turned 20.

Fernandez served in World War II before deciding to return to the U.S., abandoning his wife and four children. On the ship he suffered a head injury, which damaged his frontal lobe and lead him to be hospitalized for three months. He then fell into a life of crime and was sent to prison for theft. There, a Haitian cellmate reportedly taught him voodoo, which he believed made him irresistible to women, as reported by TIME.

Martha Jule Beck was born on May 6, 1920, in Florida. A glandular problem caused her to be overweight and to undergo puberty prematurely. Beck later claimed during her trial that she was sexually assaulted at a young age by her brother and that her mother was also abusive.

Beck completed nursing school, but struggled to find a job and bounced around the U.S. for a time, eventually returning to Florida while pregnant with her first child. Shortly after, she became pregnant with her second. Beck married the second baby’s father, but they divorced within months. In 1946, as a single mother of two, Martha Beck landed a job at the Pensacola Hospital for Children. A year later, she placed a lonely hearts ad, and soon received an answer from one Raymond Martinez Fernandez.

Fernandez came to Florida from New York City to stay with her briefly, but returned to the city. Beck was then unexpectedly fired from her job, so she packed up her life and moved in with Fernandez. She doted on him, and he confessed his life of crime to her.

The Lonely Hearts Killers Are Born 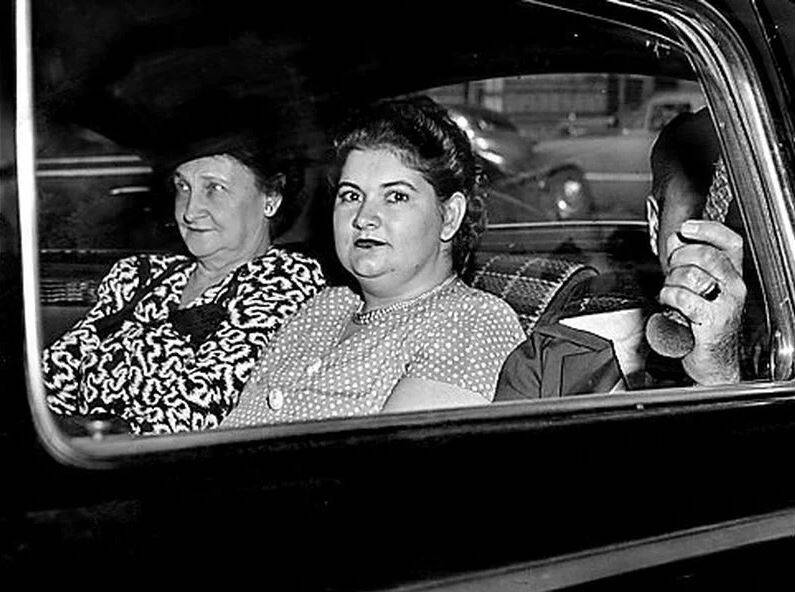 Public DomainBeck was devoted to Hernandez until the end.

Fernandez continued to answer lonely hearts ads and Beck often posed as his sister, claiming that he was just a guest and the home was hers. The lie allowed him to keep his public respectability, and it made his victims more comfortable to have someone else in the house with them.

Beck’s love for Fernandez made her incredibly jealous and if he ever slept with a woman from the ads, Beck flew into a rage. In 1949, Fernandez got engaged to Janet Fay and she moved into his apartment in Long Island.

When Beck discovered them in bed together, she murdered Fay by beating her with a hammer, after which Fernandez strangled her. The pair was forced to flee to Michigan when Fay’s family grew suspicious. They settled in Wyoming Township, just outside of Grand Rapids.

In February 1949, Fernandez and Beck met a widow, 28-year old Delphine Downing. Downing had a 2-year-old child, who came with her to meet the pair. At some point, Downing became upset and Fernandez gave her sleeping pills.

The unusual state caused Downing’s daughter distress and Beck became annoyed by her crying. Beck choked the girl, though didn’t kill her, and Fernandez worried that the bruises would arouse suspicious when Downing woke up. He shot and killed the unconscious Downing so she could not report them, and they stayed in her house for the next few days.

The child’s crying became too much and Beck drowned the girl to stop her tears. They then buried Downing and her daughter in the basement of the house, but worried neighbors had already reported them missing.

Raymond Martinez Fernandez and Martha Jule Beck were arrested by Wyoming Township police soon after at the home.

The Lonely Hearts Killers Go On Trial For Murder 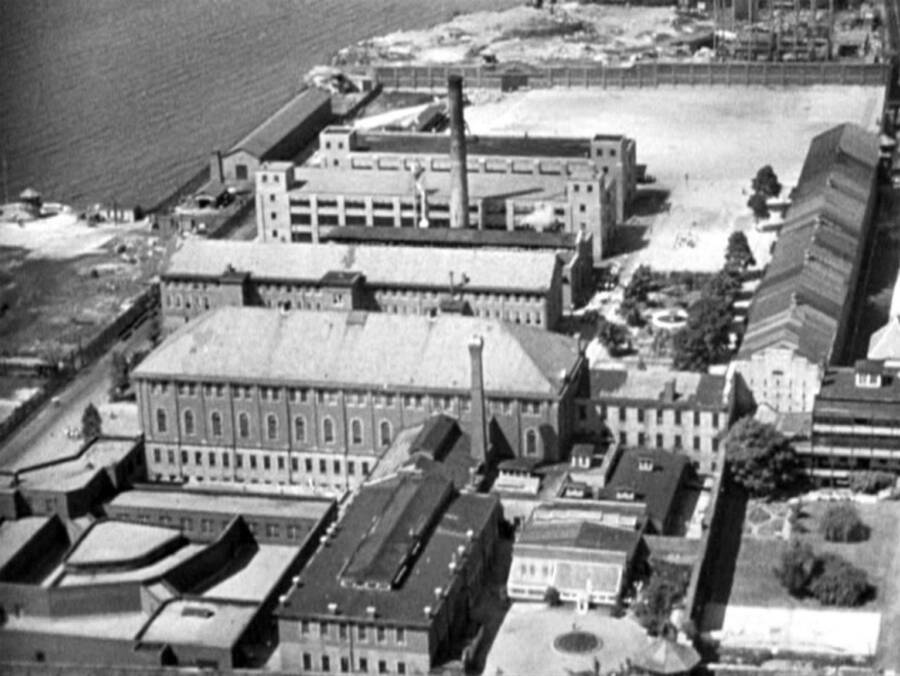 During the interrogation, Fernandez confessed to 17 murders all over the country, but he later attempted to retract his confession. He told police he was trying to protect Beck, but he knew Michigan did not have a death penalty and used the confession as a way to stay there.

However, Fernandez and Beck were extradited to New York for the murder of Janet Fay, a state that did have the death penalty at the time. They were tried and convicted of the murder and sentenced to the electric chair. Soon after, they were remanded to Sing Sing, according to History.

Though Fernandez believed he was trying to protect Beck, she was very open about her motives. In her final interview with the press, she said, “What does it matter who is to blame? My story is a love story… but only those tortured with love can understand what I mean. I was pictured as a fat, unfeeling woman. I am not unfeeling, stupid, or moronic. In the history of the world, how many crimes have been attributed to love?”

Fernandez and Beck were executed on March 8, 1951 at Sing Sing prison for the murder of Janet Fay. Though police had Fernandez’s confession of the deaths of at least 17 people, there is no way to know if that number is much higher.

The Lonely Hearts Club, once a way for people to find companionship, became synonymous with the killers and became few and far between for a number of years after. Though personal ads, missed connections posts and online dating soon became the norm, the actions of the Lonely Hearts Killers continue to serve as a cautionary tale to those looking to meet someone new.

Now that you’ve read about the Lonely Hearts Killers, learn about nine disturbing serial killer couples. Then, read about the chilling case of murderous couple Paul Bernardo and Karla Homolka.