Genghis Khan is believed to have had so many children that some 16 million men alive today are directly descended from the Mongol emperor.

With an unquenchable bloodlust and thirst for territory, Genghis Khan expanded his Mongol Empire from the Pacific Ocean to the Danube River throughout the late 12th and early 13th centuries. And though this ruthless warrior king left countless bloody battlefields in his wake, he also left behind an astonishing legacy of procreation. In fact, an estimated 16 million men alive today come from a long line of Genghis Khan’s children.

While Genghis Khan died eight centuries ago, his legacy remains in place thanks to the countless children he fathered throughout his territories. His strategies as a conqueror were so effective that he sacked most of Asia by 1206 A.D. — and he fathered large numbers of children wherever he went. 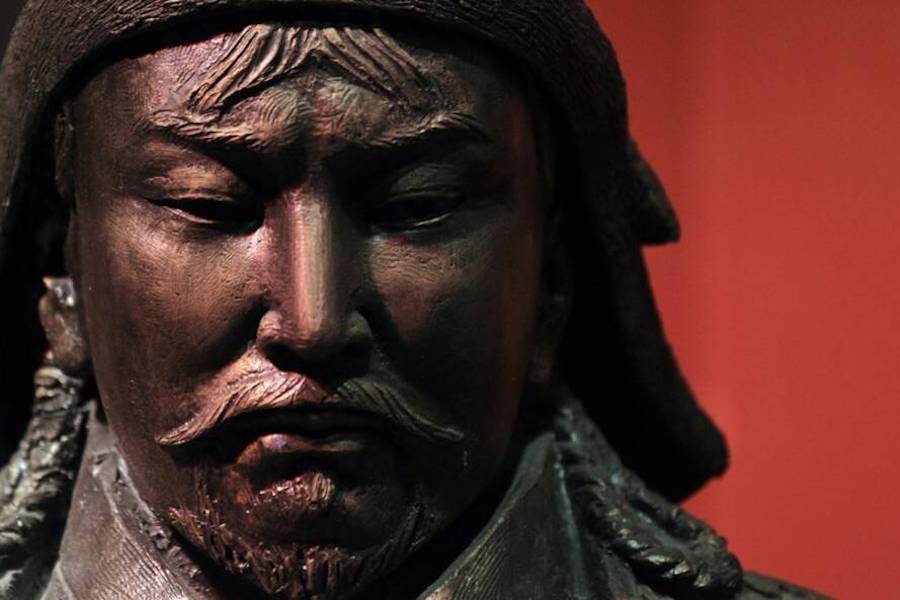 Historians have long known that he fathered numerous children with six wives and an untold number of concubines, but the staggering details only came to light in a 2003 study.

Published in the American Journal of Human Genetics, “The Genetic Legacy of the Mongols” found that 0.5 percent of the world’s male population were Khan’s genetic descendants and that 8 percent of men living in his former territory had identical Y-chromosomes.

So, in the end, how many children did Genghis Khan have? The answers are as astounding as they are murky.

The Rise Of Genghis Khan, The Fearsome Mongol Conqueror

Born “Temüjin” in 1162 A.D. during a period of immense conflict among Mongolian tribes, Genghis Khan came from a long line of warriors and was christened after a Tatar chieftain that his father had captured. Khan was also reportedly delivered while grasping a blood clot in his right hand, which his people believed destined him for leadership. 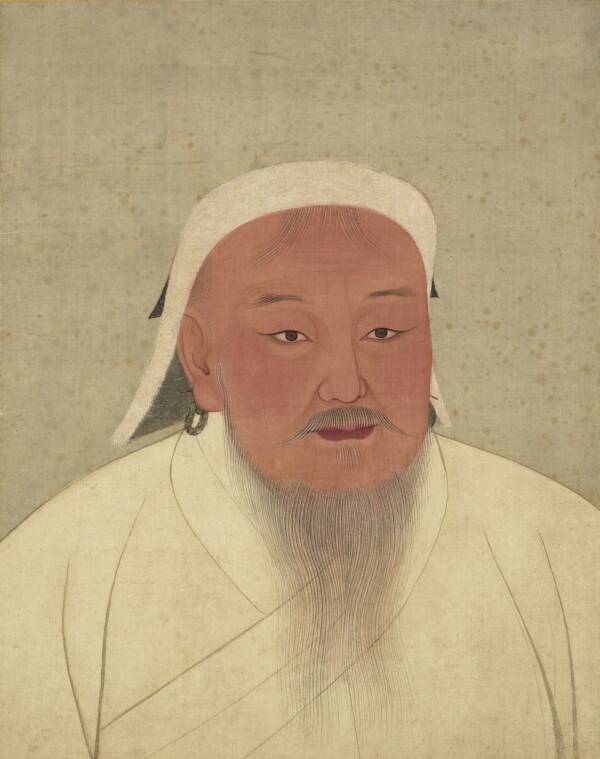 When he was 9, Khan’s father was killed by a rival. Then rejected by their own tribe, Khan and his family lived in poverty. Gradually, his half-brother began to claim his spot as the head of the family, a fact Khan resented. His feelings of frustration culminated in him killing his half-brother by shooting him with an arrow.

Determined to unite the nomadic tribes of the Mongolian plateau, he married outside his own and fathered four sons with a woman named Börte. Genghis Khan’s children were named Jochi, Chagatai, Ögedei and Tolui — and he would amass countless more.

Khan galvanized 20,000 men with a campaign to destroy the Tatars and led his army across the continent. He taught them how to ride their horses without using their hands. This allowed them to use javelins and hook-fitted lances to tear enemies off their horses. Khan’s bloodline, meanwhile, was tended to after battle.

After ordering the deaths of male survivors taller than three feet and boiling their chiefs alive, Khan made concubines of any women he pleased. His army grew to 80,000 by 1206 A.D., with the defeat of all enemy Mongol tribes the next year crowning him Genghis Khan, or “universal ruler” and supreme god of his people.

“The greatest joy for a man is to defeat his enemies, to drive them before him, to take from them all they possess, to see those they love in tears, to ride their horses, and to hold their wives and daughters in his arms,” proclaimed Khan.

Over the next 20 years, Khan ruled most of modern-day Russia, China, Iraq, Korea, Eastern Europe and India. His slaughter of 40 million people saw humanity’s carbon footprint drop by 700 million tons. While Khan’s cause of death is still the subject of scholarly debate, his reproductive thirst was recently uncovered in-depth.

How Many Children Did Genghis Khan Have?

The international group of experts who wrote the 2003 genetic study had one question in mind: “How many people are related to Genghis Khan?” To find out, they researched 5,000 blood samples collected over a 10-year period from more than 40 populations inhabiting regions within and near the former Mongol empire. 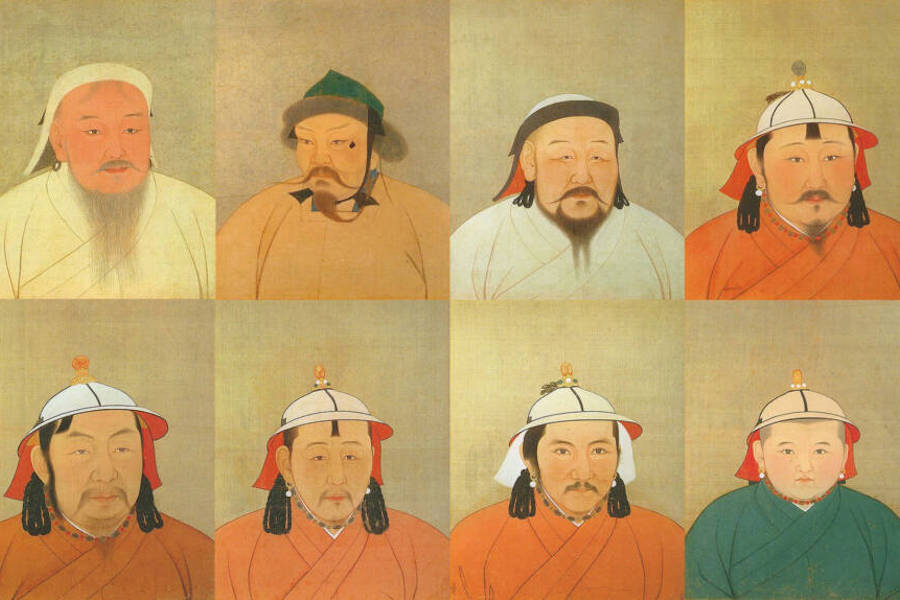 Wikimedia CommonsGenghis Khan (upper left) and some of his immediate descendants.

Only one population outside the former borders of his empire yielded traces of his lineage — the Persian-speaking Hazaras ethnic group of Afghanistan and Pakistan.

“The Hazaras gave us our first clue to the connection with Genghis Khan,” said Spencer Wells, a geneticist and co-author of the study. “They have a long oral tradition that says they’re his direct descendants.”

Wells zeroed in on the Y-chromosome of his blood samples. Since it doesn’t undergo standard recombination like other parts of the human genome and is always passed on from father to son, it typically stays unchanged. Random mutations do occur, but helpfully mark all unique lineages of descent.

“We have identified a Y-chromosomal lineage with several unusual factors,” the study said. “It was found in 16 populations throughout a large region of Asia, stretching from the Pacific to the Caspian Sea, and was present at high frequency: ~8% of the men in this region carry it, and it thus makes up ~0.5% of the world total.”

The experts found one particular lineage from 1,000 years ago that belonged to Khan himself and revealed that 1 in 200 men alive today are his descendants. Coincidentally, some scholars estimated that he impregnated more than 1,000 women during his reign. The geneticists added that the expansion of Khan’s territory and the spread of his seed were correlated. 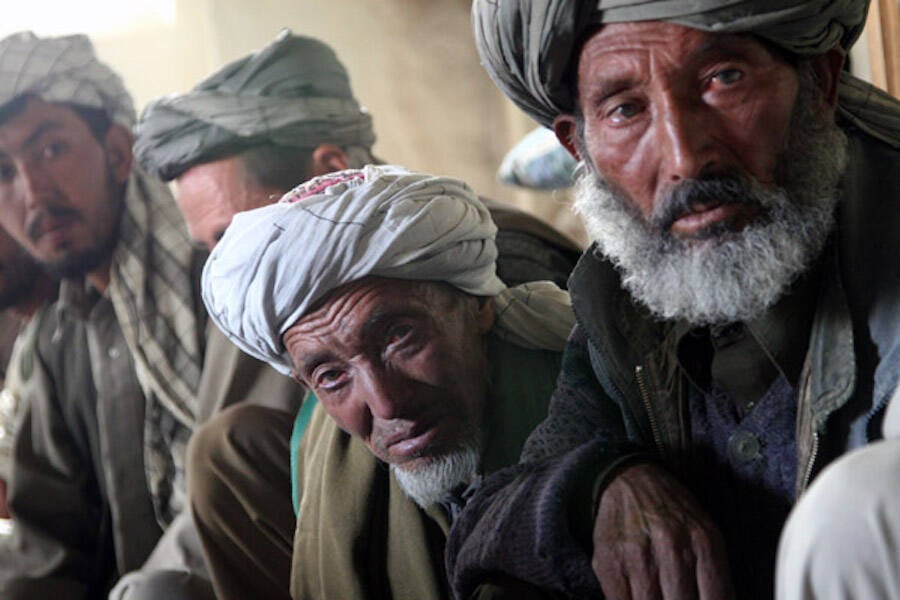 “The historically documented events accompanying the establishment of the Mongol empire would have contributed directly to the spread of this lineage,” the authors wrote.

While the 21st century finally made tracing Genghis Khan’s descendants a scientific endeavor, how many children he personally fathered remains unclear. Only his first four sons with Börte were ever formally recognized, after all. Jochi had at least 16 children of his own, while Chagatai fathered 15.

“This is a clear example that culture plays a very big role in patterns of genetic variation and diversity in human populations,” said Wells. “It’s the first documented case when human culture has caused a single genetic lineage to increase to such an enormous extent in just a few hundred years.”

Genghis Khan, meanwhile, died of mysterious reasons in 1227 A.D. Australian researchers claimed he hid his impending death to keep up Mongolian morale, leading to rumors of infection or victoriously falling in battle. One legend even dared claim a warrior princess castrated Khan and watched him bleed to death.

In the end, impassioned scientists and historians alike continue to ponder just how many people are related to Genghis Khan. The answer ultimately remains somewhat unknowable, as only the discovery of his grave and extraction of his genetic material could resolve the matter once and for all.