The low height of this portion wall and its orderly layout suggest that it was meant to keep the nomadic population under control. 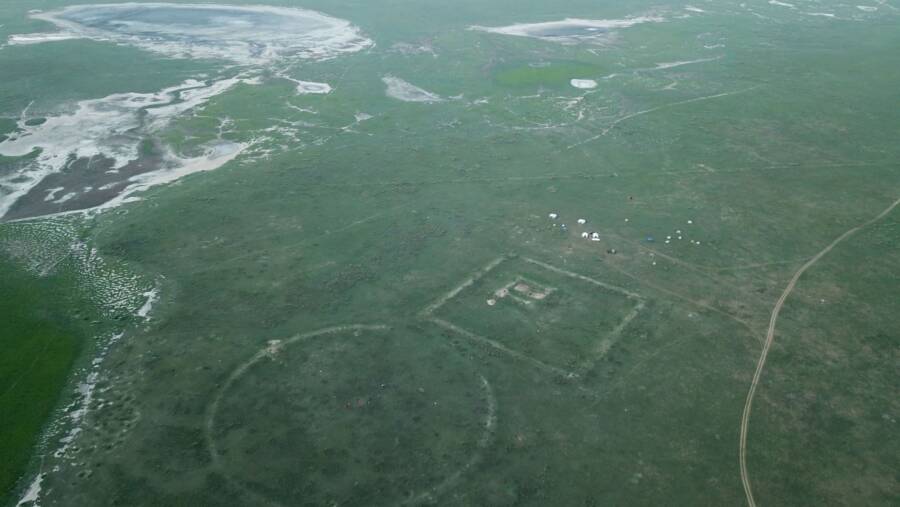 For the first time in history, experts have mapped all of “Genghis Khan’s Wall,” a 458-mile stretch of China’s world-famous Great Wall in Mongolia. According to Fox News, the subsequent study found this fortification wasn’t built to stave off invading hordes after all — but instead to manage nomadic shepherds.

The joint effort on behalf of researchers from Yale University and the Mongolian Academy of Sciences used unmanned aerial drones to survey the territory. Published in the Antiquity journal, the findings starkly countered previous theories that this section of the wall was defensive in nature.

“Our analysis of the wall suggests that it was not built to defend against large invading armies or even against nomadic raids into sedentary lands,” said lead author and professor at the Hebrew University of Jersulam, Gideon Shelach-Lavi.

“Rather that it was geared to monitor and control the movements of nomadic populations and their herds.” 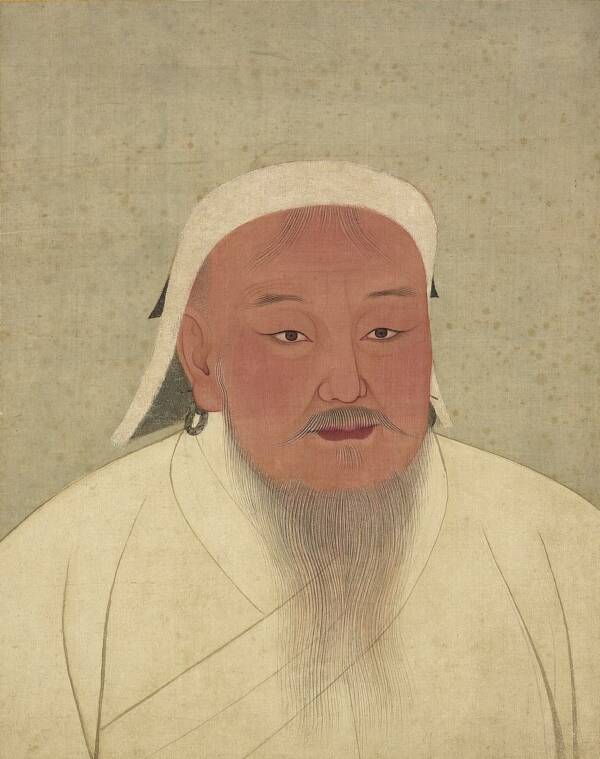 Wikimedia CommonsGenghis Khan wasn’t even born yet when the fortifications researchers analyzed for their study were built.

The Great Wall of China was constructed over centuries, from the first millennia B.C. to the 17th century A.D. It consists of numerous fortifications, with one section of the wall called “The Northern Line” mostly situated in Mongolia. Other sections stretch from China into Russia.

The loosely nicknamed “Genghis Khan Wall” was built between the 11th and 13th centuries, though the infamous warrior and founder of the Mongolian Empire rose in power during the 12th century. Naturally, the presumption on behalf of historians has long been that this section was built to ward his armies off.

“Our study suggests that the assumption that these were always military structures needs to be challenged,” said Shelach-Lavi. “We need to study the structures and their context to better understand the reasons they were built.”

For Shelach-Lavi and his colleagues, that meant engaging in a fusion of archaeological and historical reassessment, buoyed by modern technology. 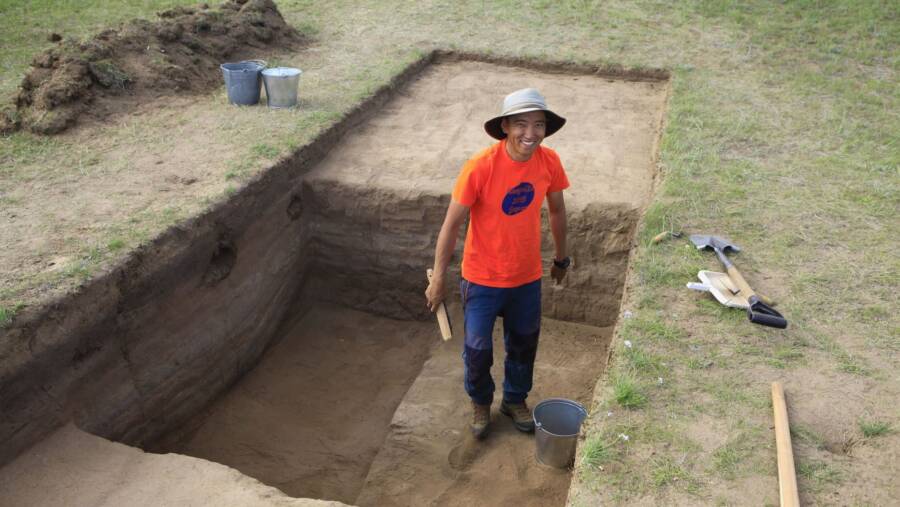 According to The Jerusalem Post, one of the most apparent pieces of evidence this was no defensive structure was that the wall’s fortifications weren’t typically built on high ground.

“The barrier was probably around two meters high,” said Shelach-Lavi. “Moreover, we uncovered dozens of connected structures which were located at lower altitudes. The system therefore does not seem so fit for defensive purposes.”

“Rather it was probably used to control movements of peoples and cattle, possibly to tax them or to prevent them from traveling to other areas.”

Shelach-Lavi has been working on excavations in China since the 1990s, with convenient access to both aerial and satellite imagery making his job much more efficient. In terms of the population management his findings suggest, his theory certainly fits with the lifestyles of nomads during the Khitan-Liao Empire.

Migrations of nomadic populations were likely a priority, as harsh winters and extreme seasonal changes might have led the empire to restrict southward travel by those looking for resources. 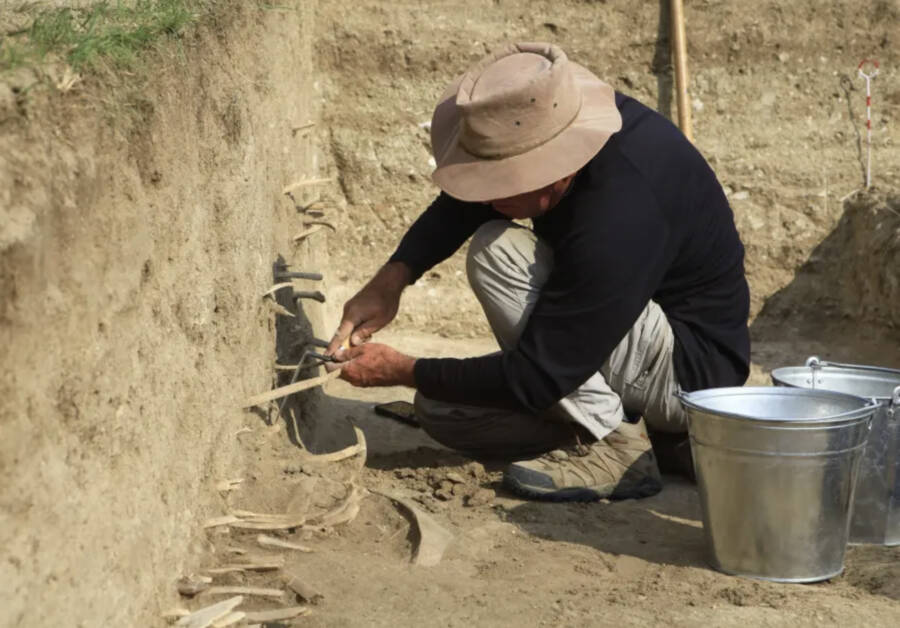 The team of researchers first identified 72 structures along the wall. These were arranged during construction to sit around 18.6 miles apart from each other, a statement by the Hebrew University explained correlates to the Khitanl-Liao era of East Asian rule.

“This indicates that the wall was likely built in a single, organized phase, likely during the Khitan-Liao Empire,” the statement said.

Genghis Khan lived from 1162 to 1227 A.D., with the Khitan-Liao Empire in East Asia reigning from 907 to 1125 A.D. This latest research thus allows us to deduce that the wall’s construction occurred before he was even a threat.

It was only in 1206 that Genghis khan, whose name is actually a title meaning “Ocean Emperor,” united warring tribes to take control. While Genghis Khan’s descendants continued to expand his empire until it spanned from China to Hungary, the tomb of the Ocean Emperor himself has yet to be discovered.

As for Shelach-Lavi and his fascination with the Great Wall, the fact that it’s only mentioned briefly in historical accounts was both baffling and intriguing. That no dynasty ever took credit for it only furthered his curiosity. Ultimately, he finds contemporary significance in this piece of ancient history.

“For us, the question was who built it and why,” he said. “If we think about it, the question of why people build walls is still relevant to this day.”

After learning about the study suggesting the Great Wall of China wasn’t built to stave off Genghis Khan but to control nomadic populations, read about how bad pollution in China has become. Then, explore Gobekli Tepe, the oldest known temple in the world.