In 1982, 'Princess Doe' was found beaten beyond recognition in a New Jersey cemetery. Now, investigators have identified her as a 17-year-old named Dawn Olanick. 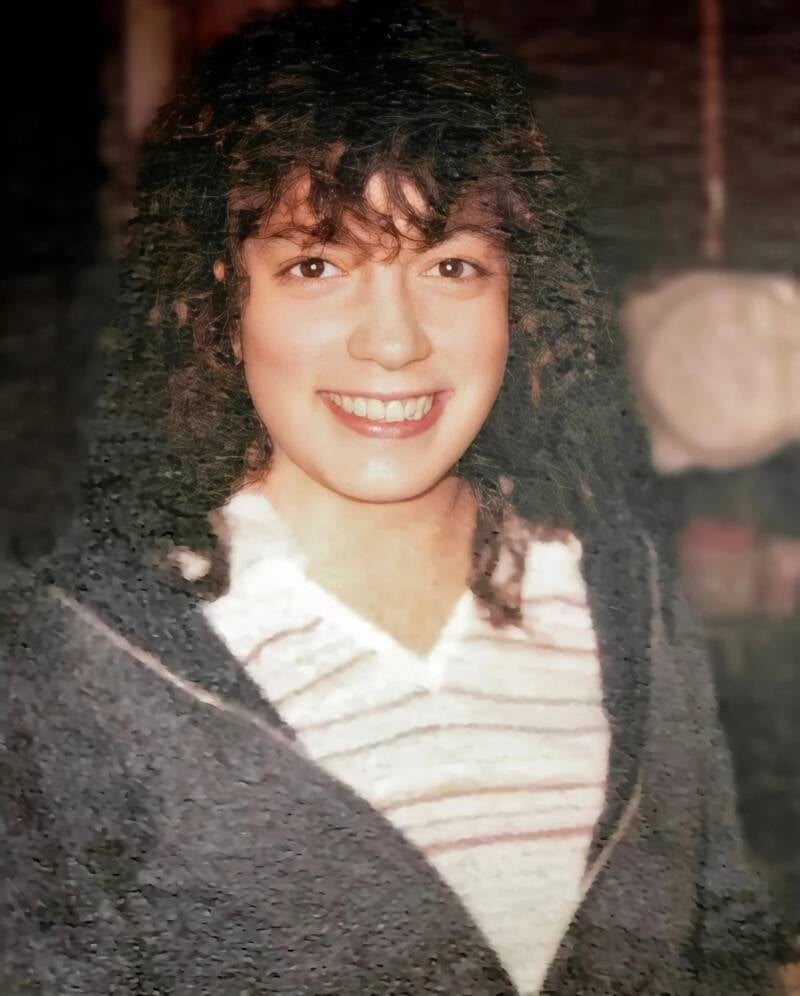 National Center for Missing and Exploited ChildrenDawn Olanick, a.k.a. “Princess Doe,” was 17 years old and a junior in high school when she was murdered.

Forty years ago, the remains of a teenage girl beaten beyond recognition were found in a graveyard in Blairstown, New Jersey. Dubbed “Princess Doe,” she was buried by locals, who always wondered about her identity.

Now, thanks to DNA evidence and the confession of a convicted killer, Princess Doe has finally been identified as Dawn Olanick. What’s more, investigators have also named her suspected killer, Arthur Kinlaw.

The Discovery Of Princess Doe

On July 15, 1982, a gravedigger named George Kise noticed a crucifix and chain lying in the dirt at Cedar Ridge Cemetery in Blairstown, New Jersey. According to a statement from the Office of the Prosecutor in the County of Warren, New Jersey, Kise found the body of a badly beaten girl nearby.

Partially decomposed, the unidentified girl wore a red and white skirt and blouse, but no undergarments, stockings, shoes, or socks. And though an autopsy performed a day later revealed that she’d died from “blunt trauma to the face and head with multiple fractures,” according to the prosecutor’s statement, her identity eluded investigators. 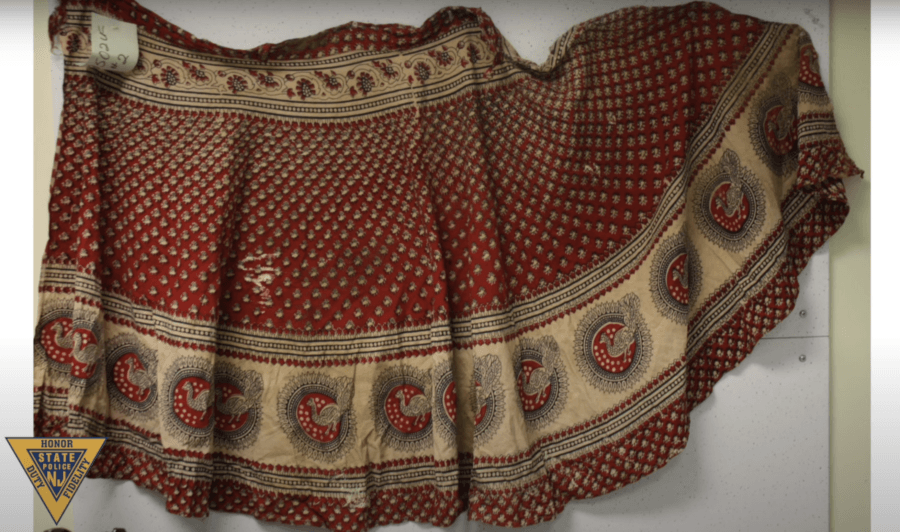 New Jersey State Police/YouTubeThe skirt that Princess Doe was wearing when she was killed.

The mystery unsettled and horrified residents of Blairstown, New Jersey, who decided to give “Princess Doe” a proper burial. Six months after Kise found her body, he dug her grave. Princess Doe was laid to rest beneath a headstone that read: “Princess Doe. Missing from home. Dead among strangers. Remembered by all.”

But though tips came from across the country and Princess Doe became the first person entered into the FBI’s new missing persons database, according to The New York Times, her murder went unsolved for decades. It wasn’t until 2005 that a killer’s confession changed everything.

In 2005, a convicted killer named Arthur Kinlaw wrote a letter to police saying that he wanted to confess to another murder. According to The New York Times, Kinlaw had previously been charged with killing a girl and dumping her body in the East River. In 2005, Kinlaw — who police believed had run a prostitution ring — wanted to tell investigators about a young woman he’d murdered in New Jersey.

However, police could not corroborate Kinlaw’s claims until they identified Princess Doe’s body. And that would take another 17 years.

According to Lehigh Valley Live, investigators had collected DNA evidence from Princess Doe, but it was only in recent years that they were able to test her remains. In 2007, the University of North Texas Center for Human Identification analyzed her skeleton. And in 2021, according to CBS News, the Astrea Forensics lab studied DNA from her tooth and eyelash.

“They are able to extract DNA from samples that are degraded or otherwise would provide no value,” Carol Schweitzer, a forensic supervisor at the center, explained to CBS.

Indeed, Princess Doe’s eyelash and tooth proved to be the key to unlocking her identity. Investigators were able to finally identify her as Dawn Olanick, a 17-year-old girl from Long Island. And from there, other details about Princess Doe’s life and death fell into place.

Closure In The Princess Doe Case After 40 Years 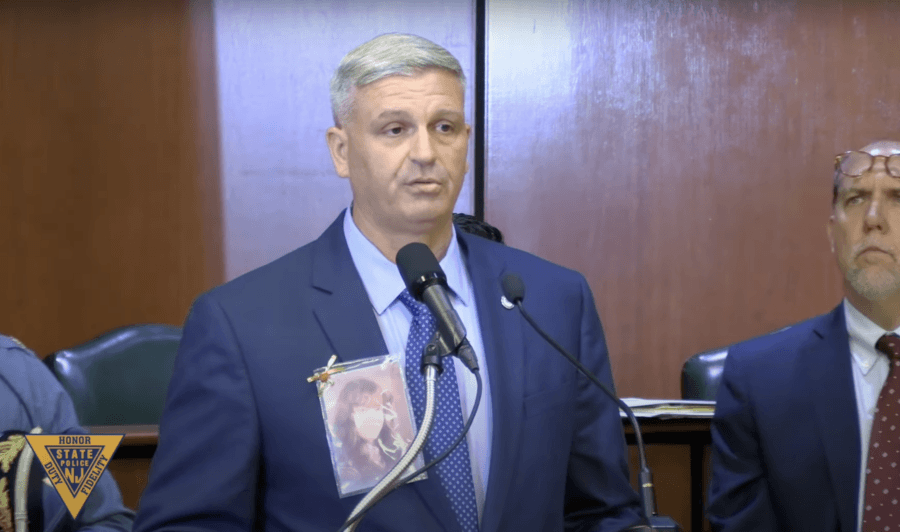 New Jersey State Police/YouTubeDawn Olanick’s cousin, who was 13 when she went missing, wears her photo on his lapel as he thanks law enforcement at a July 2022 press conference.

According to The New York Times, Dawn Olanick was a high school junior at Connetquot High School in Bohemia, New York, who lived with her mother and sister. Somewhere, somehow, she crossed paths with Arthur Kinlaw, who tried to force the 17-year-old into sex work.

“When she refused,” the prosecutor’s office wrote in their statement, “he drove her to New Jersey where he ultimately killed her.”

And in July 2022, roughly 40 years after Kinlaw killed Olanick, investigators charged him with her murder.

“For 40 years, law enforcement has not given up on Princess Doe,” Warren County Prosecutor James Pfeiffer said in a news conference, noting that “science and technology” were crucial to solving Olanick’s murder. “Detectives have come and gone during that 40-year period… and all of them had the same determination to get justice for Princess Doe.”

At the press conference, Olanick’s surviving relatives sat with her photo pinned to their lapels. One of them, a cousin of Olanik who was 13 years old when she went missing, offered a statement on behalf of the family.

“We miss her dearly,” Scott Hassler said. “On behalf of the family, we’d really like to thank Blairstown police department, New Jersey state troopers, Warren County, [and] Union County, for their unrelenting time they put in this cold case.”

For over forty years, the people of Blairstown have been protective of Princess Doe. Now, her family is deciding whether or not she should stay in New Jersey or come home to New York.