The Haunting Mystery Of The USSR’s Lost Cosmonauts

In 1961, Cosmonaut Yuri Gagarin became the first man in space. However, some conspiracy theorists speculate that the Soviets reached the cosmos on an earlier mission but covered it up because they lost cosmonauts. 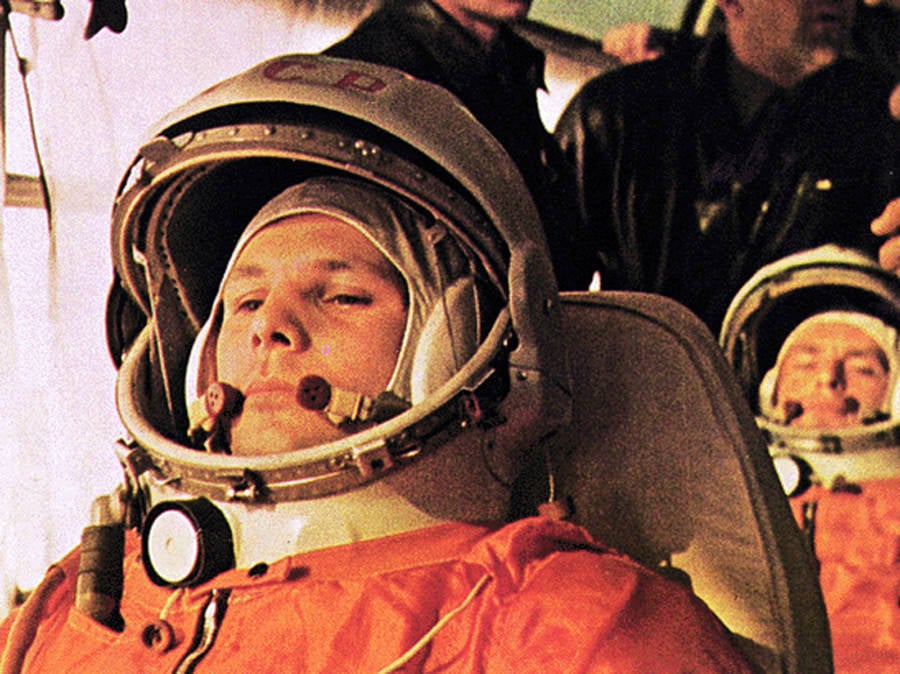 Luckily for everyone who didn’t want to see the human race destroyed in an ocean of nuclear fire, the Cold War never turned hot. Instead, the rivalry between the Soviet Union and the West was basically just a contest to see which side could demonstrate the superiority of their system to the rest of the world. And sometimes, it wasn’t even limited to Earth, as both sides raced to see who could put humans into space first.

The Space Race, as the period between 1955-1972 came to be known, saw both the Soviet Union and the U.S. pushing their scientific resources to the limit as they tried to determine whether communism or democracy was better equipped for blasting people into orbit. For a while, it looked like the answer might actually be communism. In 1957, the Soviets launched the first satellite into orbit, and in 1961, Cosmonaut Yuri Gagarin became the first man in space.

These victories in the Space Race sent the U.S. into a panic as they feared they might actually lose the contest to the Soviets. But the apparent success of the Soviet program was hiding a few dark secrets.

In 1960, a Soviet rocket ignited on the launching pad, killing at least 78 of the ground crew. In 1961, just before Gagarin’s space flight, a Soviet cosmonaut was killed when a devastating fire erupted inside an oxygen-rich training capsule.

In 1967, another cosmonaut was killed when the parachute on his space capsule failed to open. Gagarin himself would die a year later while training in a fighter jet, adding another name to the long list of fatalities associated with the Soviet space program. 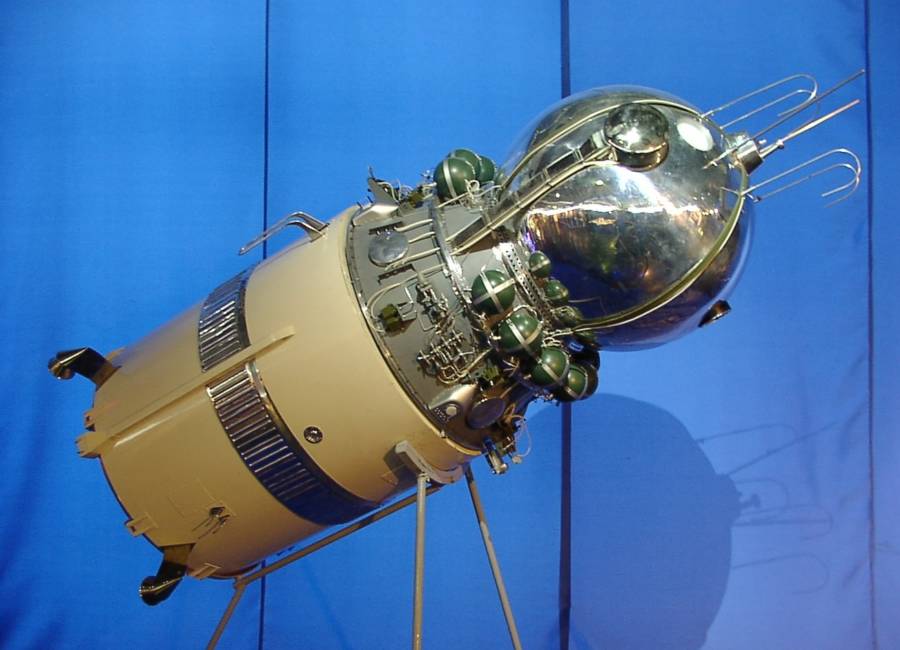 Wikimedia CommonsA model of the Yuri Gagarin’s Vostok spacecraft with its upper stage.

But there have long been allegations that these publically known fatalities are only a small part of the total number of people who died. In fact, some have even argued that a number of cosmonauts were lost in space.

In 1960, science-fiction author Robert Heinlein reported that while traveling in the USSR, he met Red Army cadets who told him that there had recently been a manned space launch. This launch capsule, the Korabl-Sputnik 1, experienced a mechanical failure when the guidance system steered it in the wrong direction. This made retrieval of the capsule impossible, and the Korabl-Sputnik 1 was stranded in orbit around the Earth.

The Soviets officially claimed the launch was an unmanned test flight, but according to Heinlein, there might have been a cosmonaut inside. To lend some evidence to Heinlein’s theory, two Italian amateur radio operators allegedly picked up a number of radio transmissions that they claimed were from doomed Soviet space launches.

Achille and Giovanni Judica-Cordiglia, a pair of brothers from Turin, claimed that they began monitoring Soviet space program transmissions in 1957, and that these transmissions prove Yuri Gagarin wasn’t actually the first man in space. 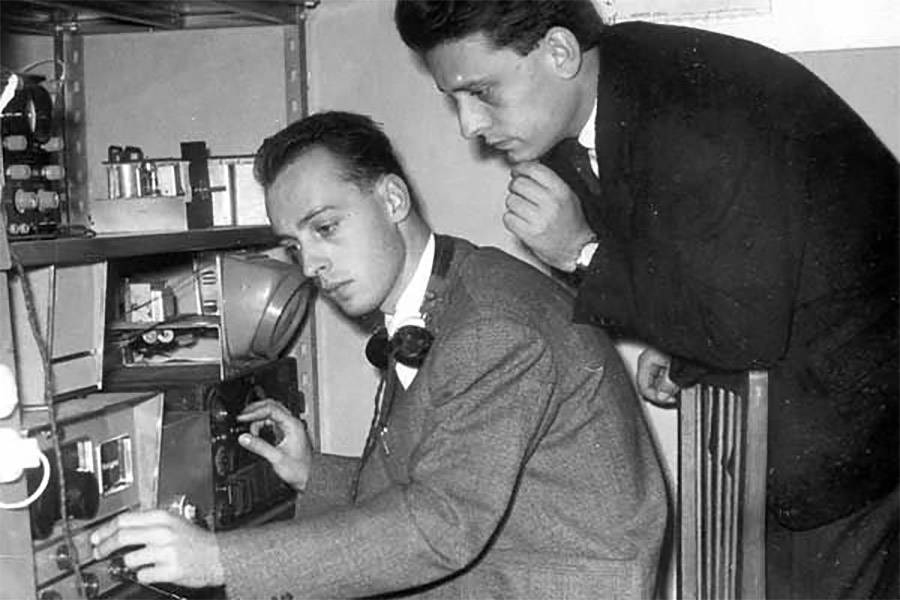 In November of 1960, the brothers claimed to pick up an S.O.S. transmission in Morse code coming from a Soviet spacecraft. Based on the transmissions, they determined that the craft was moving away from Earth instead of orbiting it, which meant that the Soviets had accidentally launched their cosmonauts deep into space. The brothers eventually made nine such recordings they claimed were emergency transmissions from Soviet cosmonauts being launched away from Earth.

In one of the recordings, a woman’s voice can be heard saying in Russian that she can see flames and asking mission control if her ship is about to explode. If the recordings are real, then it means that the first woman in Space was actually launched by the Soviets, and apparently died there. And if you believe other rumors, then Soviet cosmonauts were also technically the first on the Moon after a group of cosmonauts volunteered to be launched directly into it in the Soviet Luna Probe.

The Soviets denied all of these allegations, and while they were always eager to cover up any embarrassing incidents behind the Iron Curtain, there are a few good reasons to believe them in this case. For instance, the Luna Probes had no room to fit the cosmonauts who supposedly asked to be fired into the Moon’s surface. The Korabl-Sputnik 1 had no re-entry shield, which suggests that there were never any plans for the capsule to survive the trip.

The Judica-Cordiglia recordings are widely dismissed as forgeries these days. In his biography, Gagarin suggested that most of the lost cosmonaut theories could be explained by accidents that happened in low orbit, not actually in space.

Even in declassified Soviet documents about the space program, there’s no mention of any missing cosmonauts. So, most of the evidence suggests that the story of the lost cosmonauts is probably just another of the many myths of the Cold War.

Now that you’ve read about the Soviet Union’s lost cosmonauts, learn the disturbing story of Soyuz 11 and the only people to ever die in outer space. Then check out these vintage Soviet propaganda posters from the era of Stalin and World War II