With Beethoven-like precision, even while blind, Tom Wiggins was able to master a piece of music after hearing it just once. 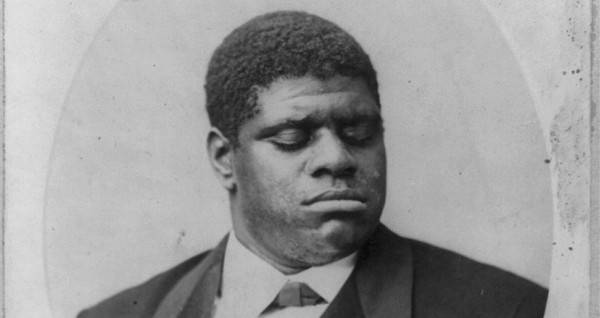 Imagine yourself in a packed opera house in Chicago in 1866. On stage is a prodigy of the piano who tickles the ivories with the deft touch of a master. He finishes his own composition, The Battle of Manassas, with a flourish. You stand alongside the rest of the cheering crowd and give the maestro a standing ovation.

You just saw a concert by Thomas Wiggins, the highest-paid piano player in the 19th century. Wiggins’ story is amazing because he not only rose up out of slavery, but he was also blind his entire life.

The son of two slaves, Blind Tom was born in Columbus, Ga., in 1850. His owner, Gen. James Neil Bethune, a newspaper editor who advocated secession from the Union, bought him shortly after his birth.

Bethune soon realized this baby was special. Blind Tom was particularly sensitive to sounds. In addition to that, historians believe the youngster probably had some form of autism as his emotional development never fully materialized.

In spite of his physical and emotional limitations, Blind Tom learned how to memorize sounds very quickly. He would mimic the piano playing of Bethune’s daughters and repeat their music from memory. With Beethoven-like precision, he learned to play a piece of music after hearing it just once.

The avid listener mastered pieces with an easily recognizable harmony. From there, he learned how to play popular minstrel hits, waltzes, and polkas, while later learning how to play more difficult piano pieces. Bethune realized an opportunity after watching Blind Tom entertain his own family.

At the age of eight, just three years before the Civil War, Bethune loaned Blind Tom to Perry Oliver, a music promoter who arranged a tour for the prodigy. The pianist played four times at venues all over the U.S. Even more incredible was his salary of $100,000, which is about $2.7 million in 2018 when you take into account inflation.

Blind Tom’s take from his tour made him the highest-paid piano player in the 19th century. 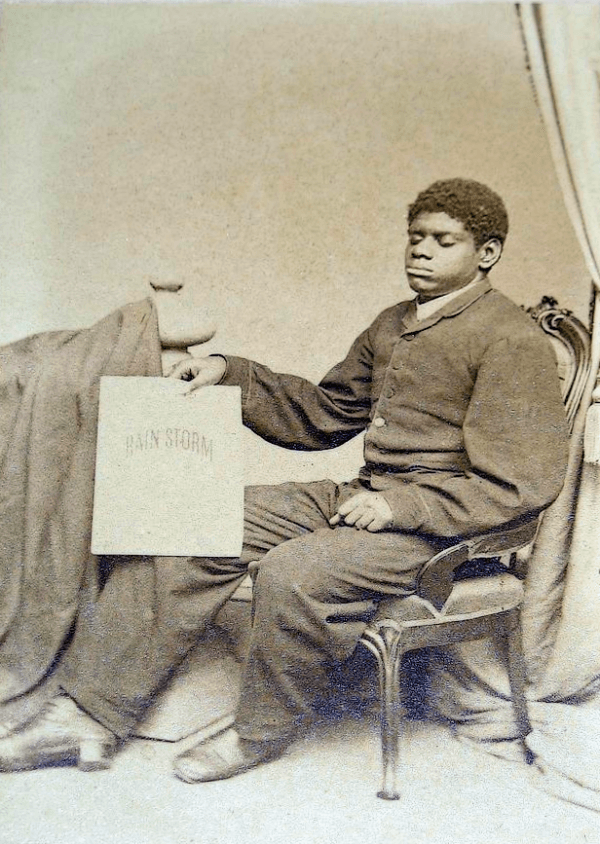 Wikimedia Commons/Thomas Wiggins, AKA Blind Tom, as a young man.

Unfortunately, people took advantage of Blind Tom and his extraordinary talents. His lack of emotional development means he didn’t fully understand what was happening when he gave concerts. While on tour, Bethune made sure his protege had a professional piano teacher alongside.

Gen. Bethune let his son, John, take over management of Blind Tom’s career after the Civil War, turning the former slave into an indentured servant.

In 1868, at the age of 18, Blind Tom averaged $50,000 annually when he toured throughout the U.S. and Canada playing in all sorts of venues. However, most of his money went right into the pockets of his “manager.”

Of course, Bethune didn’t share the wealth with Blind Tom. Instead, he used the proceeds to adopt a lavish lifestyle. Even though he was no longer a slave, the Bethune family continued to have guardianship over the pianist due to his disabilities. Sadly, he was never truly free to enjoy his talents or the fruits of his labor. He was completely dependent upon the Bethune family his entire life.

Tours continued sporadically until John Bethune died in 1884. Eliza Stutzbach, John’s estranged wife, then issued legal challenges to try to take custody of Blind Tom and his talents. After three years of court challenges, the prodigal pianist moved in with Stuzbach to her apartment in Hoboken, New Jersey, which was purchased from the money that Blind Tom had brought in.

Blind Tom’s final concert was in 1905. In his later years, he lived a quiet life with Stutzbach in Hoboken and New York. Some people referred to Blind Tom as “The Last Slave” because he never truly achieved independence despite his enormous wealth as the highest-paid piano player in the 19th century.

Next, read the story of Cudjo Lewis, the last living slave brought to America. Then read about Robert Smalls, who escaped slavery by stealing a Confederate ship.