‘I Never Got Married’: 107-Year-Old Woman Celebrating Her Birthday Shares Some Pearls Of Wisdom

At 107, Louise Signore is in better shape than most. She has no walking or breathing aid, and enjoys dancing and bingo every day. 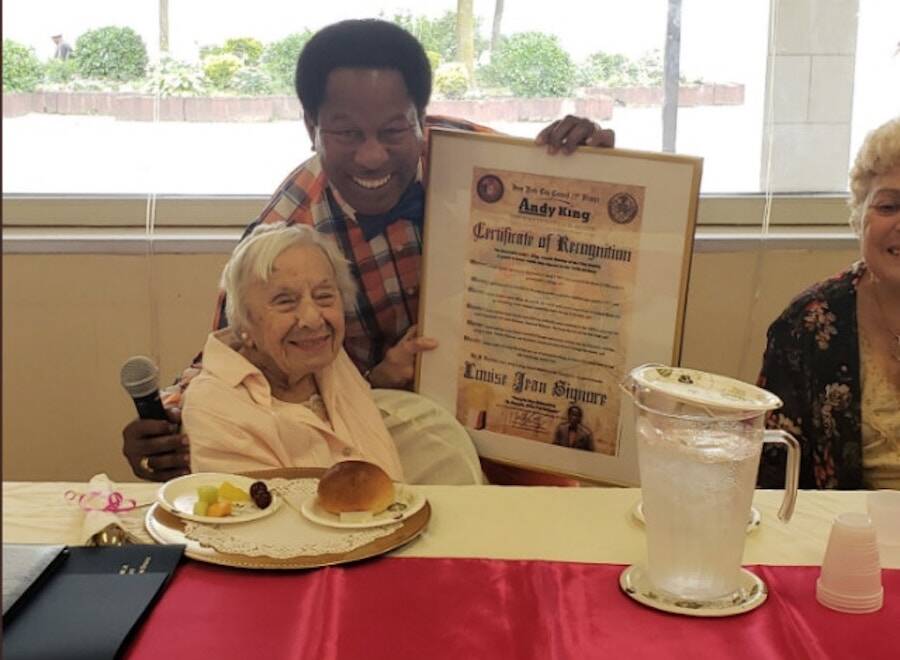 Councilman Andy KingLouise Jean Signore celebrates her 107th birthday, making her one of the oldest living residents in New York.

Several spectacular things happened in 1912. Among them, Woodrow Wilson beat out Teddy Roosevelt to become President of the United States, a new nation called the Republic of China had just been founded, and history’s most heralded ship, the RMS Titanic, sank to the bottom of the Atlantic Ocean.

Bronx resident Louise Jean Signore was also born that year — and is still alive and well today. She celebrated her 107th birthday on July 31st.

According to New York news outlet CBS2, more than 100 people gathered together to celebrate, eat, and mingle in honor of the centenarian’s birthday. Some local media folks were also there at the JASA Bartow Community Center in Co-op City to cover the special occasion of one of New York’s longest-living residents.

Naturally, having been around the block, Signore couldn’t care less about all the hubbub around her.

“I’ve had enough parties,” she said. Born in Harlem, Signore’s family relocated to the Bronx when she was 14 years old and that’s where she’s made her home ever since. Even in her 100s, the spritely Signore still lives an active and full life. Her daily routine consists of dancing and exercise, and some bingo to cap the day off.

All that physical activity seems to have really paid off as Signore continues to enjoy relatively good health. While she recently suffered from pneumonia and has to take a daily dose of medication for high blood pressure, she doesn’t use a cane, wheelchair, or any breathing equipment to aid her.

“She does all her shopping. She’s awesome,” her friend Deborah Whitaker told CBS2 during the birthday celebrations. JASA’s Senior Director of senior services Aisha Parillon believes that Signore’s longevity is due to the company she keeps. 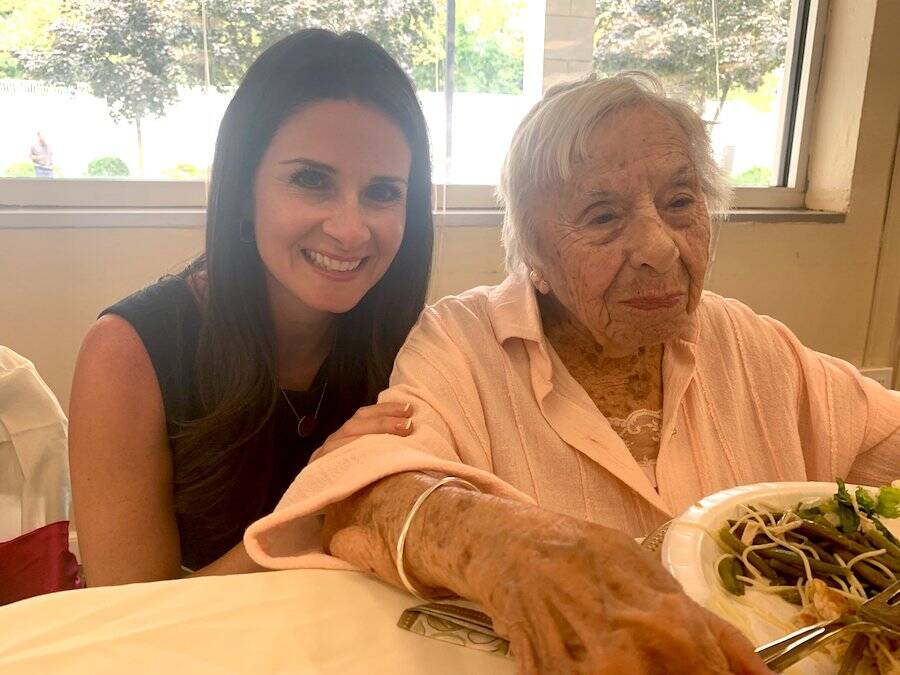 “I think that her connection with her neighbors in the community and also her friends here at the senior center help to keep her going,” Parillon said.

But Signore says otherwise. For her, the secret to a long life is going it solo.

Signore’s longevity might also be from good genes. Her sister is also still alive and well, and is now 102 years old.

The sisters may be two of the oldest New Yorkers alive today, but fellow New Yorker Alelia Murphy still has them beat by a good several years. Murphy, who lives in Harlem, celebrated her 114th birthday last month. She is said to be the oldest person alive in the United States right now.

Furthermore, Jones was also believed to be the last American alive to have been born in the 19th century. Talk about a full life.

Now that you’ve learned about Louise Signore’s secret to living to 107, read about Xin Zhui, the 2,000-year-old mummy considered one of the most well-preserved in the world. Then learn the story of James Barry, the 19th century British doctor who kept a lifelong secret that LGBTQ activist are now celebrating.