What We Love This Week, Volume XXXI

The Music Of Weaponry 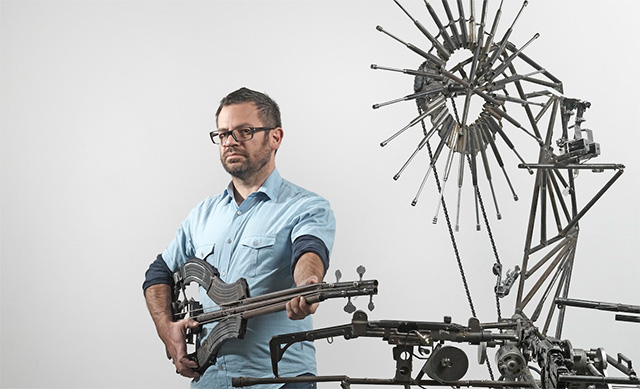 For better or worse, people are endowed with as much capacity to create as they are of committing utter destruction. One of the most obvious examples of this is the invention–and evolution–of the modern firearm and the lives that it helps end on a daily basis. Taking much note of this, sculptor Pedro Reyes got in contact with Mexican officials who seize these weapons every day, and created something entirely new with them. Several hundred life-ending guns later, Reyes has crafted a fully-automated orchestra which he says “combines music with sculpture, and at the same time, with technology. This is the redemption of metal that could have taken your life or mine. So they are better as musical instruments.” The best part, of course, is that his orchestra actually sounds pretty good. Be sure to read more about Reyes’ work at Hack A Day. 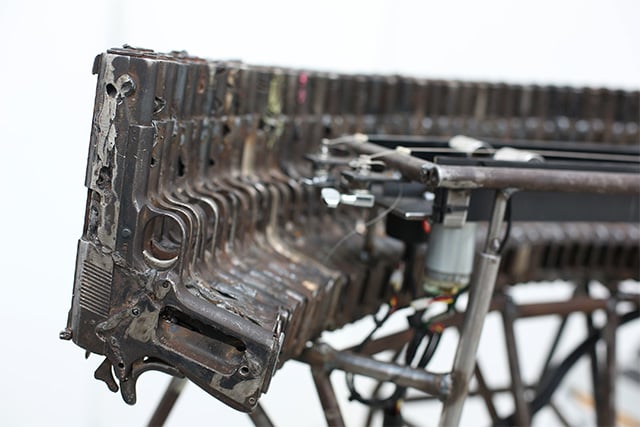 The Midnight Thrill Of Flare Surfing

Most of us lack the balance and coordination necessary to do the breast stroke, let alone hang ten on a surf board packed with flares. And that’s why most of us aren’t professional surfer Bruce Irons. Perhaps inspired by Red Bull’s Icarus-esque mantra (Irons was surfing on the energy drink-sponsored Indonesian tour when the idea struck him, after all) of living like a god unencumbered by reality, Irons decided to up his surfing ante by adding some flares to the back of his board. The result? Pure fire on water. Be sure to watch the video on My Modern Met.