The massive telescope is designed to sit within a crater measuring between 1.9 to 3.1 miles in diameter. 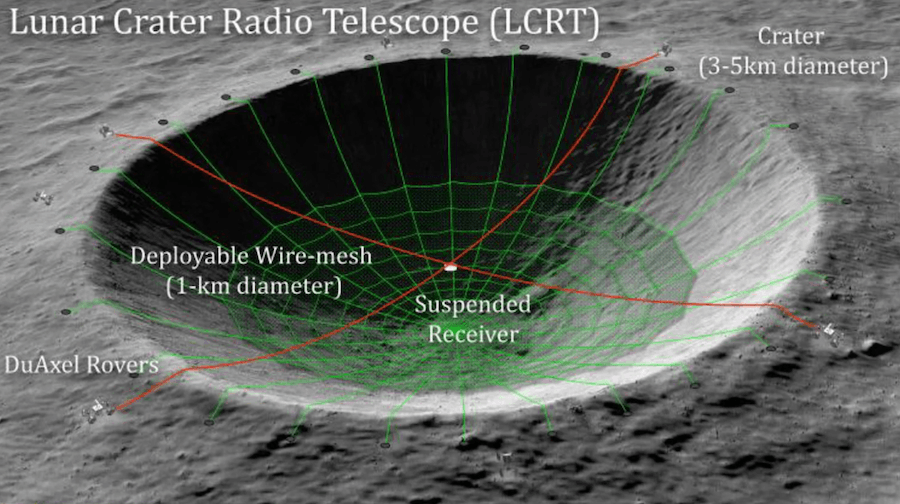 Saptarshi BandyopadhyayPreliminary concept art for the LCRT — the proposal for which is currently at Phase 1.

Though it resembles the Death Star’s laser cannon, the spyglass would peer into the early days of the cosmos.

According to Fox News, as the far side of the Moon always faces away from our planet, we’ve been incapable of getting radio transmissions over there from Earth.

The LCRT proposal by Jet Propulsion Lab (JPL) roboticist Saptarshi Bandyopadhyay could change all that — for good.

According to Gizmodo, the NIAC program encourages contributors to think outside the box and literally “change the possible.” 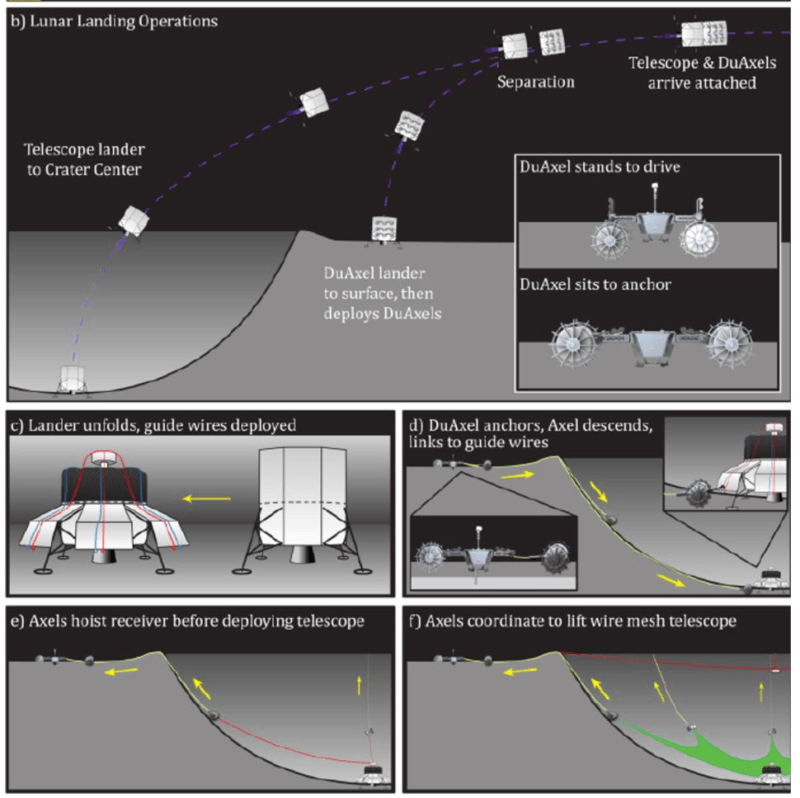 Saptarshi BandyopadhyayThe telescope would be deployed on the far side of the moon and assembled by high-tech rovers.

Bandyopadhyay’s proposal fits that criteria and has garnered $125,000 to forge ahead and reached Phase 1 of the NIAC guidelines.

Currently, he plans to build the telescope in a natural crater on the planet’s surface. Should Bandyopadhyay and his team convincingly move forward with a more developed proposal, they’ll be one step closer to Phase 3 — and actually getting this thing approved for construction.

How’s that for changing the possible?

“The objective of NIAC Phase 1 is to study the feasibility of the LCRT concept,” said Bandyopadhyay. “During Phase 1, we will mostly be focusing on the mechanical design of LCRT, searching for suitable craters on the Moon, and comparing the performance of LCRT against other [similar] ideas.”

Bandyopadhyay explained that it’s far too soon to announce any type of timeline for this ambitious construction. Nonetheless, the technical aspects do appear to be well-thought-out at this juncture.

The LCRT would be capable of recording some of the weakest signals traveling through space, with its ultra-long-wavelength component having an aperture large enough to do so.

“It is not possible to observe the universe at wavelengths greater than [33 feet], or frequencies below 30 MHz, from Earth-based stations, because these signals are reflected by the Earth’s ionosphere,” said Bandyopadhyay. “Moreover, Earth-orbiting satellites would pick up significant noise.” 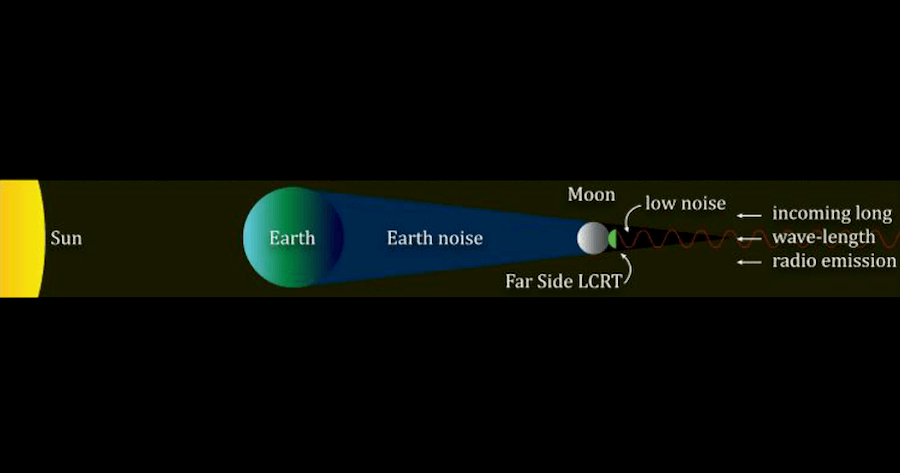 Saptarshi BandyopadhyayThe preliminary concept art shows where in relation to the Earth and our sun the LCRT would be positioned.

The telescope “could enable tremendous scientific discoveries in the field of cosmology by observing the early universe in the 10– 50m wavelength band…which has not been explored by humans till-date,” he wrote.

Scientists have been disinterested in exploring wavelengths greater than 33 feet for this exact reason — our planet’s own atmospheric layer prevents us from poking through to any useful effect.

The LCRT’s ability to record these wavelengths would help astronomers and cosmologists study our universe as it was 13.8 billion years ago.

“The Moon acts as a physical shield that isolates the lunar-surface telescope from radio interferences/noises from Earth-based sources, ionosphere, Earth-orbiting satellites, and the Sun’s radio-noise during the lunar night,” Bandyopadhyay explained.

If he manages to reach beyond Phase 3 and turn this vision into a reality, it would be the “largest filled-aperture radio telescope in the Solar System.” The LCRT is currently designed to sit within a crater measuring between 1.9 to 3.1 miles in diameter.

A video depicting the DuAxel robots that would string up, suspend, and anchor the LCRT on the moon.

JPL’s own DuAxel robots would string up and suspend the 0.6-mile-long mesh and anchor the telescope within the crater. These sophisticated rovers “are awesome and have already been field-tested in challenging scenarios,” explained Bandyopadhyay.

Ultimately, the roboticist and his peers are far from taking this thing to the moon, let alone building it. While Bandyopadhyay said they still have “quite a lot” to do getting the required technology ready to support the LCRT’s hopeful capabilities, NASA’s cashflow has certainly helped.

“I don’t want to go into specifics, but we have a long road ahead,” he said. “Hence we are very thankful for this NIAC Phase 1 funding!”

After learning about NASA funding a proposal to build a gigantic telescope in a crater on the far side of the moon, read about the time NASA tried to fix the Hubble Telescope by turning it off and on again. Next, take a look at NASA’s ultra-high definition video of the sun.