Lyndsey Kennedy was pulled naked from a different storm drain in March 2021 — and just two months later, she was found inside another drain system in Texas. 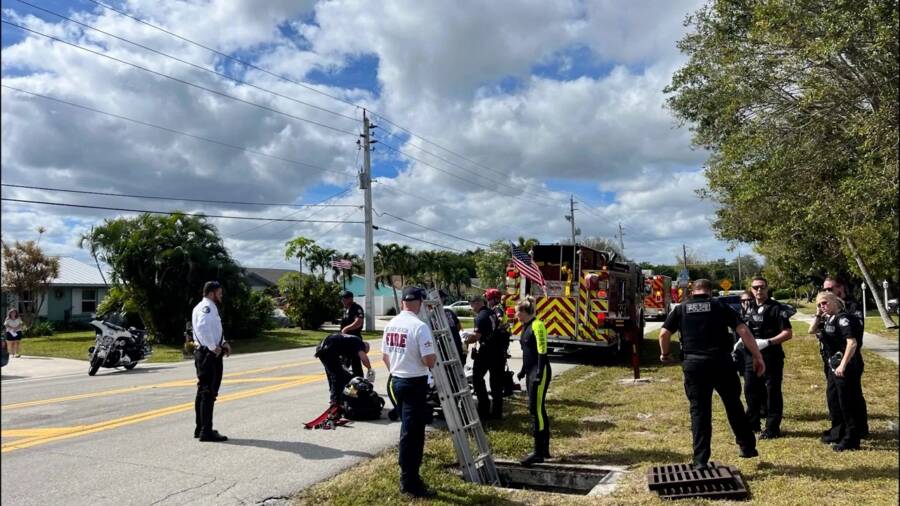 Delray Beach Police DepartmentThe first time Lyndsey Kennedy got lost in a storm drain, she was reportedly there for weeks.

A woman in Delray Beach, Florida was recently rescued from a storm drain — for the third time in just two years.

As local station WFLA reported, Delray Beach police responded to a call about a person who was possibly in distress while swimming in a canal. When officers arrived, they found the woman, Lyndsey Kennedy, in the water and asked if she needed assistance.

Then, taking it a step further, Kennedy climbed into a storm drain pipe and refused to come out. When police tried to coax her out, she crawled in deeper.

Eventually, it took a team of Delray Beach Fire Rescue Special Operations members to evacuate Kennedy from the pipe using a ladder and a harness. Kennedy appeared to have minor injuries when she was pulled out, and she was taken to a nearby hospital for evaluation.

Bizarrely, a similar incident occurred nearly two years ago when Kennedy, 43 at the time, was reported missing by her boyfriend. According to WPTV, he notified police that she had disappeared on March 3rd, and on March 23rd, she was found naked in a storm drain pipe. 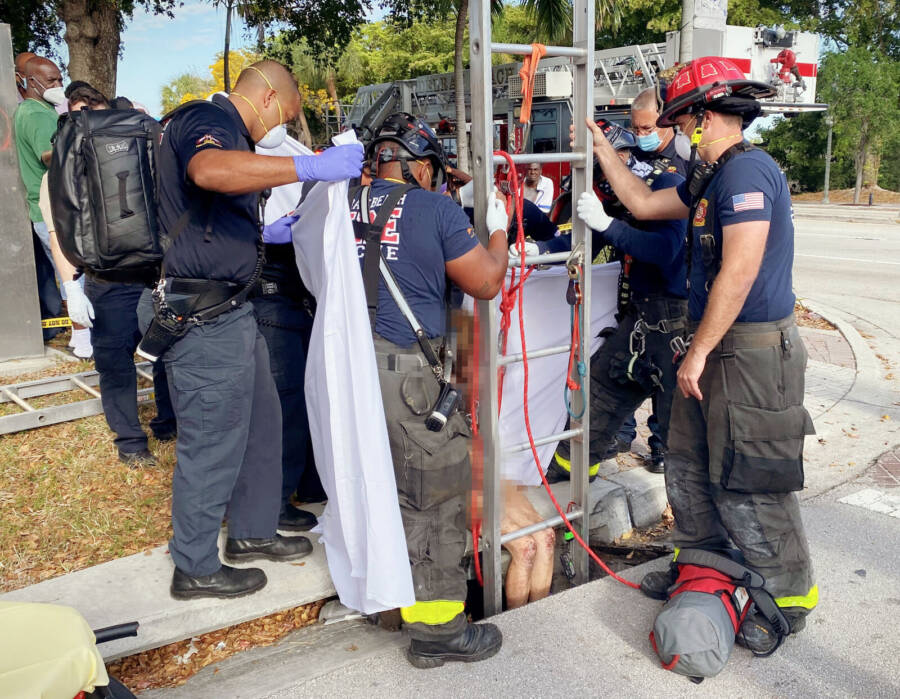 Delray Beach Police DepartmentThe first storm drain Kennedy was rescued from in 2021 was about eight feet deep, and it was clear that she had been down there for quite a while.

She told police that she had been swimming in a canal and entered the drain system, but at some point while exploring the tunnels, she got lost. She claimed that she survived on an unopened can of ginger ale that she found in the pipes.

Kennedy could very well have remained lost had a passerby not heard her from the street and called 911.

Dani Moschella, a spokeswoman for the Delray Beach Fire Rescue, told WPTV at the time, “You could look at her and see, she was down there for some time.”

“Firefighters go to storm drain calls a lot,” she added. “We rescue ducklings and kittens and puppies, and this is the first time anybody can remember actually seeing a person down there.” 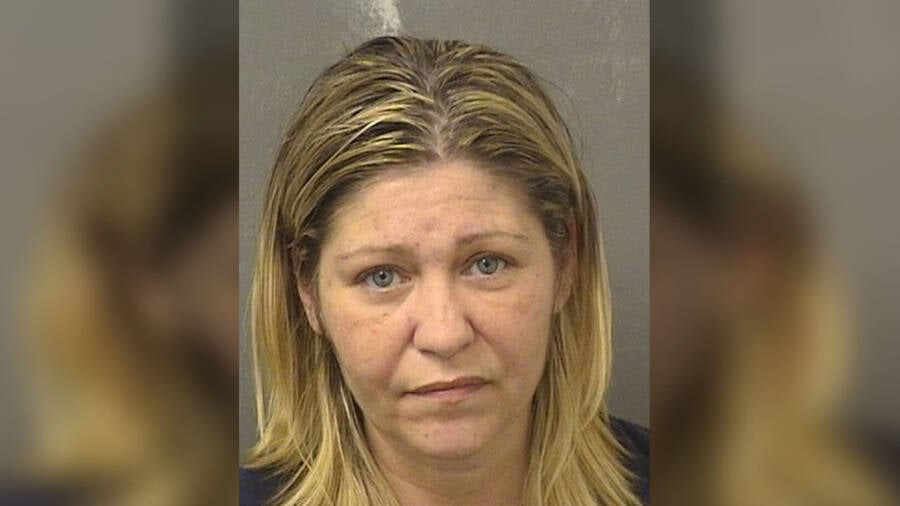 Palm Beach County Sheriff’s OfficeLyndsey Kennedy was also arrested for a hit and run in July 2021.

Then, just over two months after that incident, the same thing happened to Kennedy in Grand Prairie, Texas. Once again, police said Kennedy was reported missing, and once again, she was found inside a storm drain and taken to a hospital for treatment.

Her mother also commented that Kennedy had a history of mental illness and regularly used illegal narcotics, noting that she often “[makes] bad decisions when she is high on drugs.”