Residents in Maaroom, Australia, have been carrying sticks to defend themselves after at least two people, including an elderly woman, were injured by the kangaroo mob. 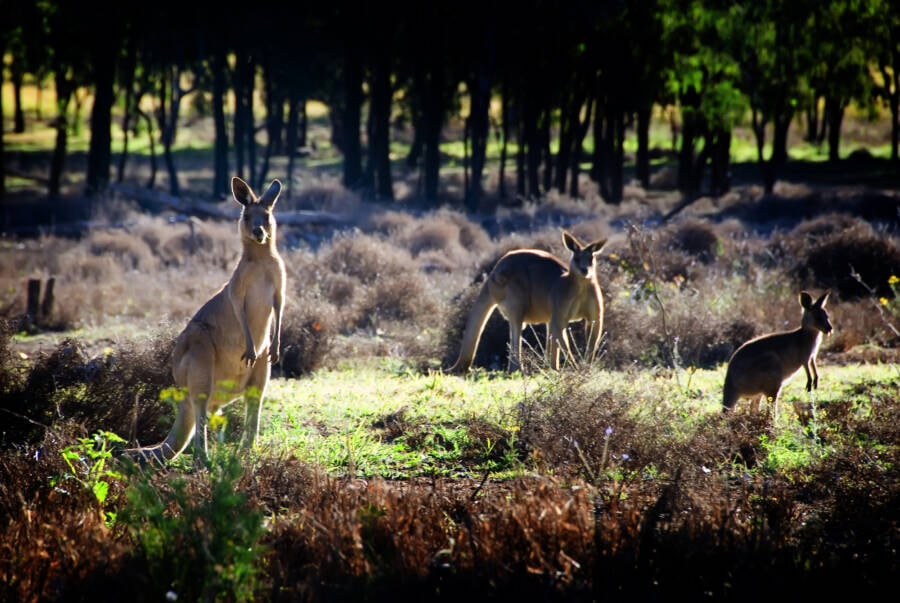 In recent months, dozens of eastern gray kangaroos have overrun the small coastal Australian town of Maaroom. Fearful of encountering the unusually aggressive animals, residents have taken to arming themselves and avoiding going outdoors.

“There are too many to count, really,” Caravan Park manager Karen Sutcliffe told ABC News Australia. “People are walking around with a big stick now. I’ve been wanting to go fishing of an afternoon but I won’t do that, just in case a kangaroo gets me. They’re just so quick you don’t know where they are.”

The tiny town, 150 miles north of Brisbane, has a population of just 220. But in recent months, residents have counted dozens and dozens of kangaroos lounging on their lawns and hopping through town. Maaroom locals have reported seeing as many as 15 kangaroos congregating on one lawn.

“We’ve counted more than 60 to 80 kangaroos on any given day within the town itself and the local forests that surround that wouldn’t support that many kangaroos,” Frank Mills, the Department of Environment and Science manager for southern wildlife operations, told ABC News Australia.

To make matters worse, the kangaroos overrunning Maaroom can get aggressive. According to the Daily Mail, a 67-year-old woman was knocked over and kicked by a kangaroo, leaving her with a broken femur and bite marks. Another resident was also attacked and left with a spinal injury.

So why are there suddenly so many kangaroos living in Maaroom? And why are they so aggressive toward humans? 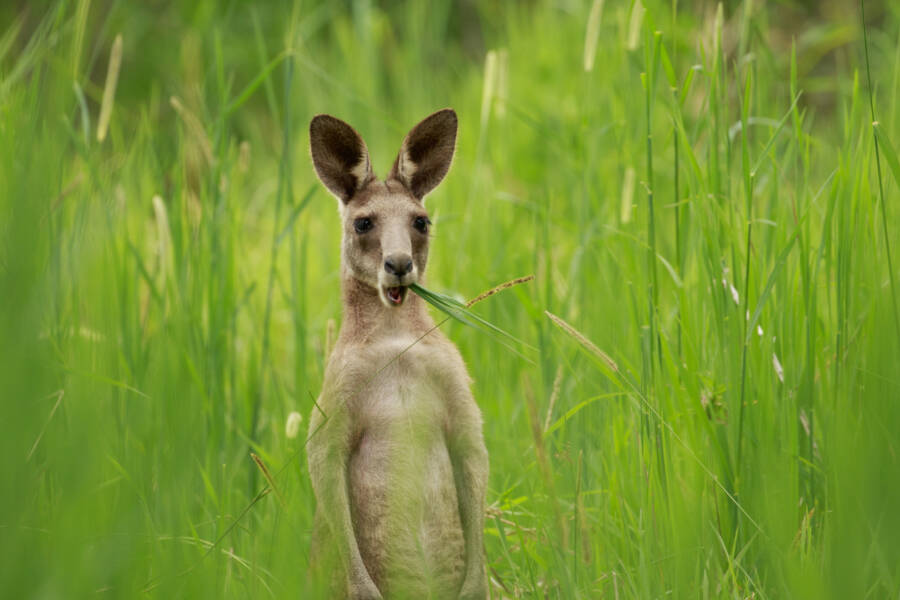 According to experts, the sudden prevalence of kangaroos — and their aggression — is unusual. Newsweek reports that only one person is known to have died from a kangaroo attack (in 1936) and that kangaroos that attack humans are usually male. However, the kangaroos in Maaroom are female.

“While there actually are quite a few attacks with kangaroos in Queensland, mostly they’re dealing with male kangaroos and it’s usually a territorial or a mating display,” Mills explained to ABC News Australia. “All of these issues [in Maaroom] have been with female kangaroos with a joey at foot.”

A Maaroom resident named Mark Sidaway told ABC News Australia that the kangaroos and their joeys have flocked to the town for one reason — to nibble on the town’s flourishing lawns.

“The last couple of years we’ve had La Niña where we get a lot more rain and conditions are conducive to grass growing and we all manage our lawns very well,” Sidaway explained. “Some people are very good mowers and they keep it shorter, which means fewer kangaroos in your yard, and if you don’t mow as regularly, you’re going to get big herds coming into your yard.”

Sidaway added: “They’ve multiplied because we have provided a Sizzler smorgasbord for them.” 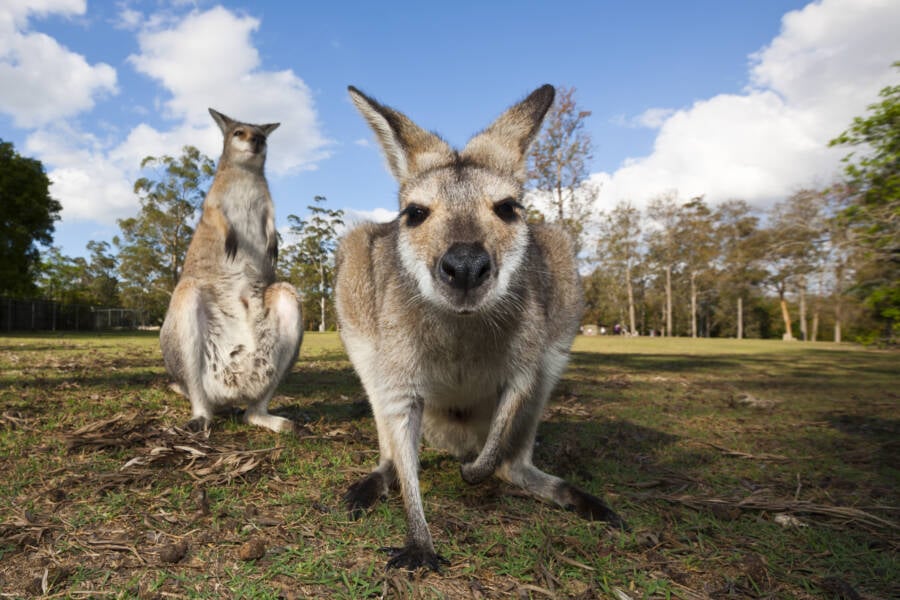 Reinhard Dirscherlullstein bild via Getty ImagesAn eastern gray kangaroo peers at a camera in 2015. Though the animals are cute, experts warn against feeding them.

According to Mills, the Department of Environment and Science has received reports of residents both feeding the kangaroos and attacking them — behaviors which can only make matters worse for the townspeople.

Feeding the kangaroos “can have a negative effect and actually encourage them to get closer to humans,” Mills told ABC News Australia.

He added: “The other thing that we’ve had reported is that there are other people in the town who are potentially using things like gel blasters to discourage kangaroos. That can have a negative effect on how those animals feel about humans and it may make them more aggressive.”

For now, there are no plans to cull the kangaroo population in Maaroom. Residents like Sidaway have surmised that the only way to deal with the problem is to respect the wild animals and stay away from them.

“Hopefully people get the message and stop mistreating them,” he told ABC News Australia, “and maybe the other person walking down the street doesn’t get belted.”

After reading about the kangaroos in the town of Maaroom, Australia, see how aggressive peacocks living in Miami, Florida had to be relocated after terrorizing the town. Or, discover the story of the quokka, the Australian marsupial known as the world’s happiest animal.